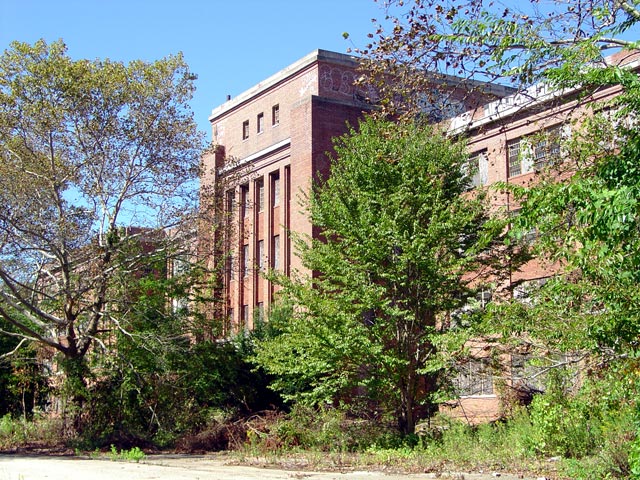 While they were still standing, the crumbling buildings of Philadelphia State Hospital at Byberry in the Far Northeast dared us to forget the institution’s dark and painful history of abuse and overcrowding. The magnitude of the place made even those who knew nothing about the history wonder what it was, what happened there, and why it was left to rot. In this way memories of what took place there were kept alive, and with them legends grew. Eventually, it became difficult to separate fact from fiction.

And then it was gone. In 2006, the aging campus was leveled and the institution’s history began to fade from the public consciousness. But Byberry will not be forgotten thanks to two new books, coincidentally released within weeks of each other.

Byberry State Hospital, by Hannah Karena Jones, is one of the latest releases in Arcadia Publishing’s Images of America series. The books of this series are not meant to be a definitive history, but more of a scrapbook of old and rare images. Rather than a chronological timeline, the book is broken into sections highlighting Byberry’s start as a City run farm, the staff and patients who inhabited its halls, events and therapy offered, community relations, and finally its decline and decay. Each image is accompanied by an explanation or description which reveals the history of life at Byberry. But the images are the main attraction.

Beginning with the purchase of multiple farms, in what was then a rural area well outside of the city proper, Jones shows us a location with little resemblance to the miles of housing developments, industrial parks, and strip malls that stand there today. From there she takes us to the construction of the hospital’s earliest buildings. Here is the first glimpse of appalling conditions and poor treatment of patients in what was instantly an overcrowded facility.

Jones also provides an in depth look at some of the unsung heroes of Byberry, including a group of conscientious objectors who were sent to work at the hospital instead of military service during World War II. Not only did they fill a staffing gap created when staff members went into military service, but they also became some of the first to expose conditions at Byberry and champion its residents. 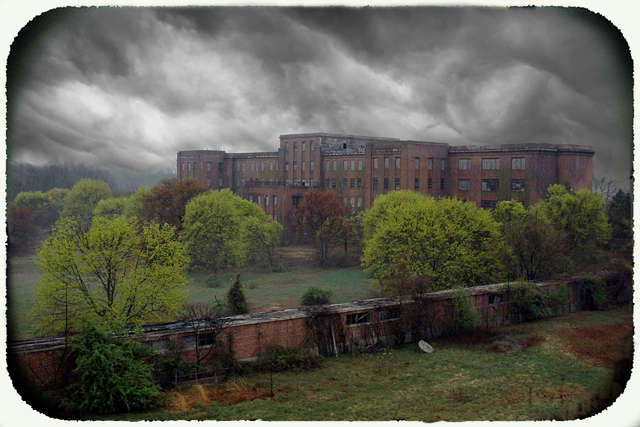 As the book progresses, little more is said about the conditions, scandals, and controversies that surrounded the hospital. Whether this was due to the fact that there is little photo evidence to support these stories or whether it was a conscious choice to avoid this material isn’t clear. But the result is a book that focuses on the rarely discussed positive aspects of a facility, infamous for all its shortcomings. And this is a good thing. While tales of violence, neglect, abuse, and mismanagement have become the hospital’s legacy, little is said or remembered of the hundreds of staff members, volunteers, and directors who did their best to help the helpless and forgotten people in their care. Here, instead, the reader is treated to images of picnics, performances, art and music therapy—and even Byberry’s own Boy Scout troop. Open houses and tours were an attempt to educate the community while gaining support for the hospital. Jones concludes the book with a look at the abandoned crumbling structures in their final days, shot by Hidden City contributor Chandra Lampreich. While not providing a definitive start to end history of the institution, Byberry State Hospital allows the reader a glimpse behind the walls and fences into a rarely seen and less understood world. 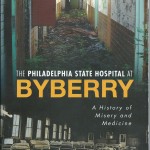 The Philadelphia State Hospital at Byberry | The History Press, 2013

The Philadelphia State Hospital at Byberry: a History of Misery and Medicine, written by J. P. Webster and just released by History Press, provides a more complete history.

The author introduces Byberry to the reader the way it was introduced to him, not as a historian or medical health professional, but as a young thrill seeker stepping into the abandoned remains of the “scariest place on earth.” His description of the musty smell, creepy setting, and the adrenaline rush of entering this taboo world likewise draws in the reader.

By 2002, Byberry’s campus was like a deserted town. It was a forbidden place, atmospheric in its natural eeriness, with a terrible history that had grown exponential to become urban legend. So naturally it was a draw for the young and curious. The former house of horrors became a popular party spot that even the police were reluctant to enter.  For many it was an irresistible adventure; for others it was a place to be wild and reckless, free of rules and supervision. For Webster it was a mystery to solve and it quickly became an obsession. For ten years, he collected every artifact, article, document or map he could find. He sought out others who shared in his obsession, exchanging clues to Byberry’s true past, separating fact from myth and finally bringing the full story of this troubled institution to the public’s attention. 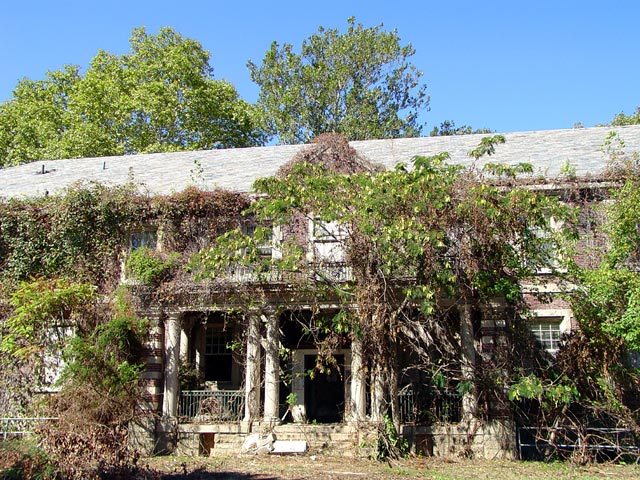 The story of Philadelphia State Hospital is as much a tale of creed, corruption, and political game playing as it is a tale of psychiatry gone wrong. Overcrowding at the alms houses and hospitals of the day lead the city’s Republican controlled government to seek a solution outside the city core. That solution was Byberry. But from the beginning, the project was overtaken by graft, political favors, and overt misappropriation of funds. Staff housing was poor, as was the pay, and it was difficult to attract qualified caregivers, leading to the many tales of abuse and neglect that were to be a mainstay of the hospital’s history.

Webster tells a tale of early 20th century political infighting that delayed construction, corrupt directors lining their pockets with hospital funds, competition between the hospital and the city’s prisons for funding, crooked contractors and substandard materials, and an overcrowding problem that would plague the institution until its final decades in the 1960s and 1970s. From 1907, when it was first opened, Byberry was little more than a warehouse for the undesired members of society, while putting money in the pockets of the political players. It would be easy to tell a tale of nothing but corruption and suffering, however Webster manages to maintain an objective balance. He heralds the brave and dedicated reformers who stood up for patients and gives as much attention to the better days in the 1950s and 1960s, when there was the greatest attempt made to treat and help patients, as he does to the worst periods of mismanagement and suffering. 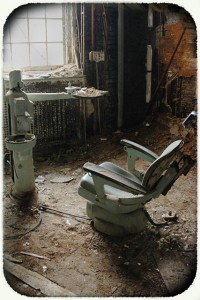 The unfortunate reality of Byberry was that it was doomed from the start. The corruption, lack of funding, and political battles that crippled the hospital for decades became hurdles that could never be overcome. Directors and physicians, no matter how well meaning they were, spent more time fighting political battles, begging for funding and handling public relations nightmares than they did dealing with treatment. Those that were not forced out for their own actions and failures would find themselves scapegoated by those really to blame. Meanwhile, the rapidly growing residential population surrounding the hospital campus was becoming increasingly concerned with escapes and stories of violence. When it was eventually revealed that multiple murderers, deemed insane by the courts, had been sent there instead of prison the community had enough and they pushed to empty the hospital in favor of smaller community treatment facilities. Patients were released, sent to outpatient facilities or transferred to other state hospitals, some across the state away from friends and family. The result was a sharp decline in the hospital population but a huge increase in homelessness and ill people walking the streets.

Webster ends the story as he started it, with tales of exploring the abandoned campus and the culture of “Byberians,” frequent visitors to Byberry’s decaying buildings. In 162 pages he fully details the rise, failure, decline, and final end in 1990 to Byberry’s tumultuous life. He heralds those who championed the forgotten, powerless individuals who called Byberry home, some for most of their lives. The villains of the story are shown for what they were as well, and the result is a riveting, sometimes infuriating tale of the strong praying on the weak. Through it all, he gives the credit due to those staff members and volunteers who remained dedicated to those in their care. It was these people, all but forgotten now who endured the rough conditions, the lack of funding, the often dangerous environment, and the constant political manipulations and focused their time and energy on helping those in need. This book is an excellent record of greed and corruption, but it is also a powerful testimonial to compassion and kindness.

While some of the same photographs appear in both volumes and the historical facts overlap, both books stand on their own as documents to a little understood place, now all but vanished under new development.  Webster’s book gives a much more in depth look at the history of the institution and why it was destined for failure, while Jones’ book stands as a visual record to those who passed through Byberry’s halls. Together they serve to keep the collective memory from forgetting this place, those who suffered in its wards, those aided by its care, those who exploited the helpless, and those who gave comfort and aid to those in need. The story of Byberry is one unknown to many and distorted by myth for others. Now some of these myths have been dispelled, revealing a more complicated truth.