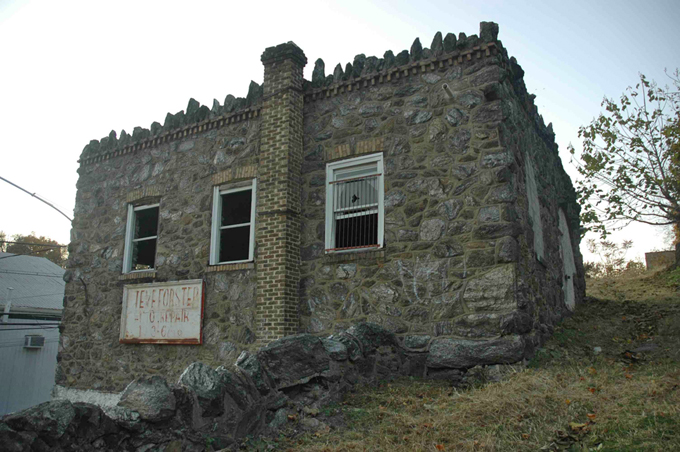 Somewhere around the 3800 block of Main Street in Manayunk, I pulled the car over to take some photos of this endearingly ugly old garage with a roofline like none I’ve ever seen before.  You sometimes see garden walls built this way, capped with sharp upturned stones like something Fred and Barney would have built, but a whole building in this style is a rarity.  Walking around to get a better look at a side wing with a collapsed roof, I noticed a little rock outcropping a ways farther up the hill.  Then I notice the steps and the arch.  I followed them up a cleft in the hillside to discover…. 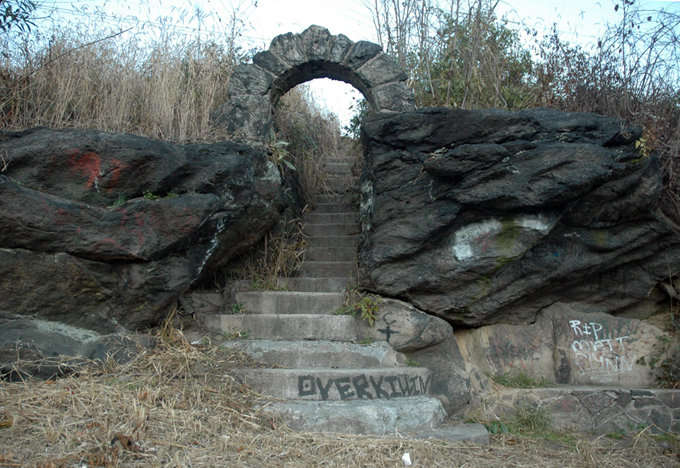 Nothing much.  A grassy clearing at the top of the hill, cut off from the rowhouses lining Cresson Street by the Norristown Septa tracks.  But any disappointment I felt at the anticlimax of this empty plot was later soothed by the discovery of what once stood there.  In T.M. Fowler’s 1907 Bird’s Eye View of Manayunk, if you squint, you can see a Victorian mansion on the hill above the warehouses and factories lining the Schuylkill banks.  You can also see a carriage house below it with a roofline capped in little upturned stones, and unless I’m imagining things, a little archway off to the side. 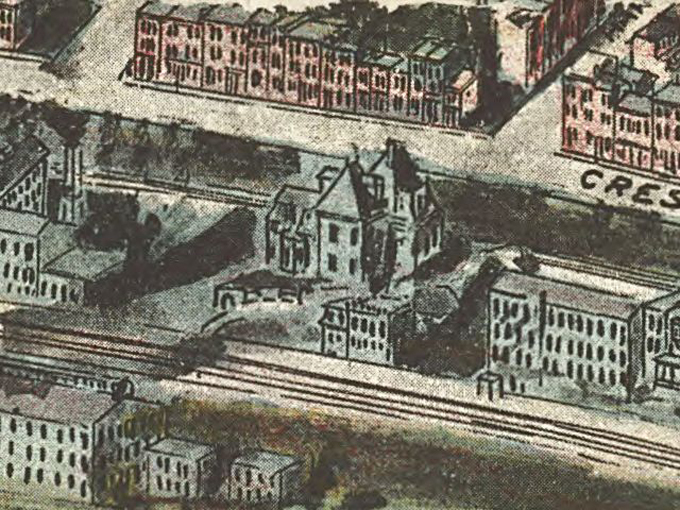 The house was once known as Schuykill View, the picturesque estate of millowner Richard Hey.  It was one of many such mansion “Views” (along with Fairview, Tower View, and others) that once lined the cliffs of Victorian Manayunk.  All are now gone, except for this carriagehouse folly and some steps that lead to nowhere.