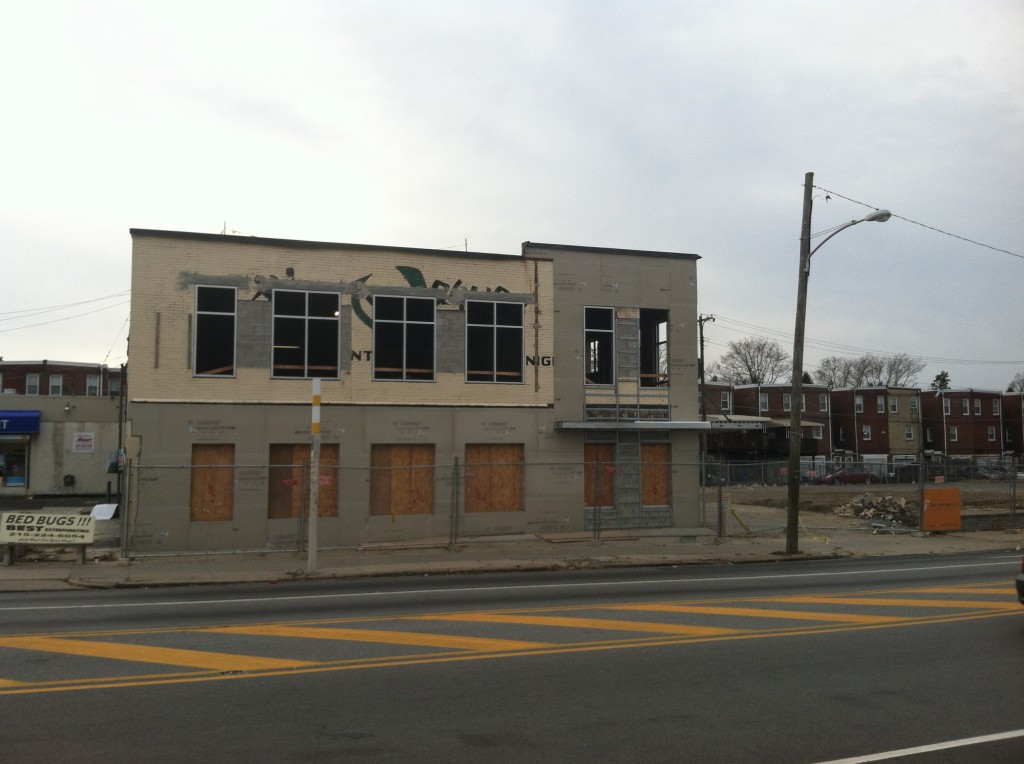 Back in May, the Ogontz Avenue Redevelopment Corporation (OARC) broke ground on the Gateway Office Complex, a $2.4 million effort to adapt the troublesome Club Jaguar on the 2500 block of West Cheltenham Avenue. The 9,000 square foot, mixed-use project is part of OARC’s more ambitious $20 million plan to make the Cheltenham and Ogontz intersection a “Gateway to the Northwest. 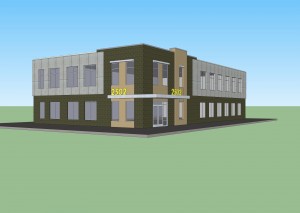 Originally set to be ready in September, the building is still obviously in transition; its signature lettering of Club Jaguar can still be made out between the newly added windows.

So far—at least until Club Jaguar’s transformation is complete—the newly renovated Cheltenham & Ogontz bus loop directly across the street (in Cheltenham Township, Montgomery County) remains the most impressive (though neotraditional) element in the neighborhood’s revitalization. 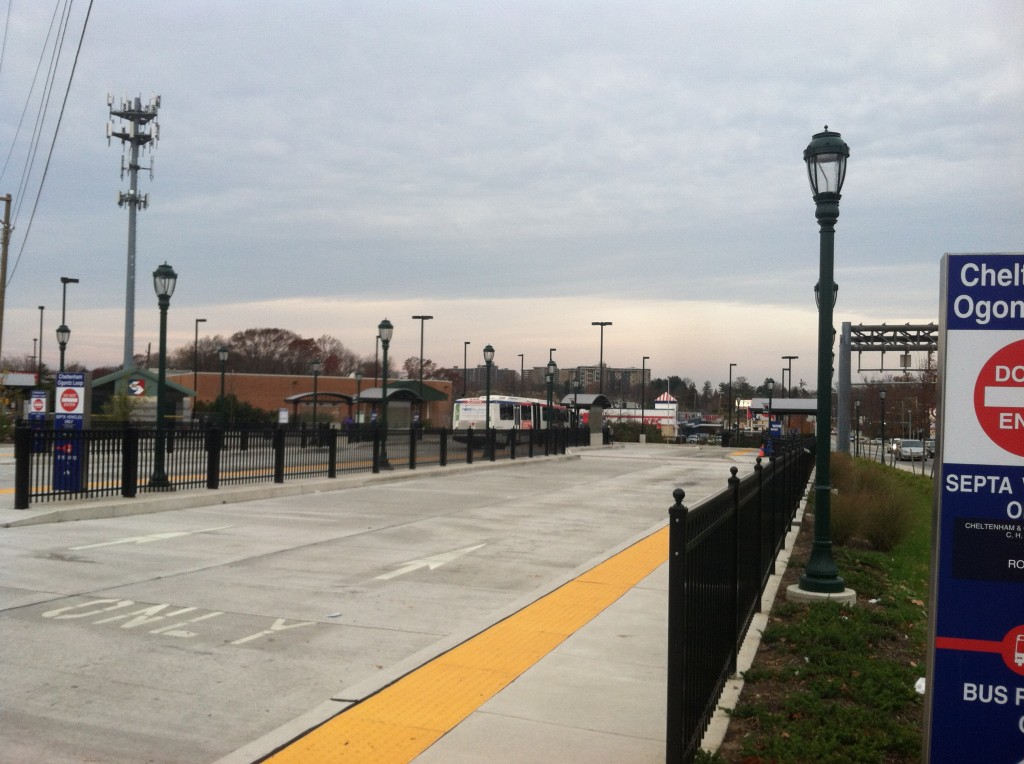