On Rebuilding Lancaster Ave, Restaurant Serves Up Recipe For Equity 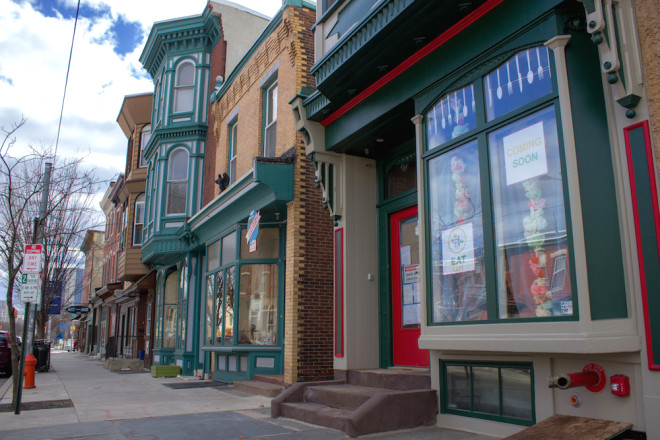 The EAT Café (an acronym for Everyone At the Table), a non-profit restaurant on Lancaster Avenue opening next month, is the collaborative project of Drexel University, Vetri Community Partnership, and West Philadelphia community members. The full-service restaurant and café will operate on a pay-what-you-can basis, which works just the way it sounds.

“You can’t pay? You don’t want to pay? It doesn’t matter,” says Mariana Chilton, founder and director of Drexel’s Center for Hunger-Free Communities and creator of the EAT Café.

Rather than offer a set price for meals, EAT Café will present patrons with a suggested price. Customers will be free to meet the price, underpay, overpay, or pay nothing at all—no questions asked. “No obligations,” Chilton says. “Just come and enjoy.”

Chilton, who researches issues related to hunger and food insecurity, first began developing the concept 10 years ago when learning about cafes in Brazil that offered meals at low costs in economically depressed areas. Then, small cafes began appearing in the United States that operate on the pay-what-you-can basis, a concept developed by an organization called One World Everybody Eats.

The idea intrigued Chilton, who had been struggling to develop alternatives to addressing hunger that went beyond simply handing out food. While acknowledging that they serve a vital function, Chilton found that social services like soup kitchens tend to segregate those from lower socio-economic classes and create a “disempowering” experience.

“I want to… have a more egalitarian relationship, where we’re celebrating our power together. Everybody has power. I don’t want people to feel like they’re coming to get something because they’re needy,” she says.

The café’s space, still under construction at 3820 Lancaster Avenue, reflects its overall vision. The building was formerly a two-story row house, now sharing the same block as a number of art galleries, small businesses, and restaurants. It’s also right down the street from University City, and bounded by a number of economically and racially diverse neighborhoods, including Mantua, Powelton Village, Belmont, and Saunders Park. EAT hopes to bring these disparate demographics together in a more meaningful way. Helping to do that is the café’s general manager and executive chef, Donnell Jones-Craven. “I want to bring back that renaissance of what community is,” Jones-Craven says about the Café’s role in its neighborhood. “Where does a community converge at? It’s stores, it’s boulevards–from the cleaners to the barber shop, to the little cafe.” 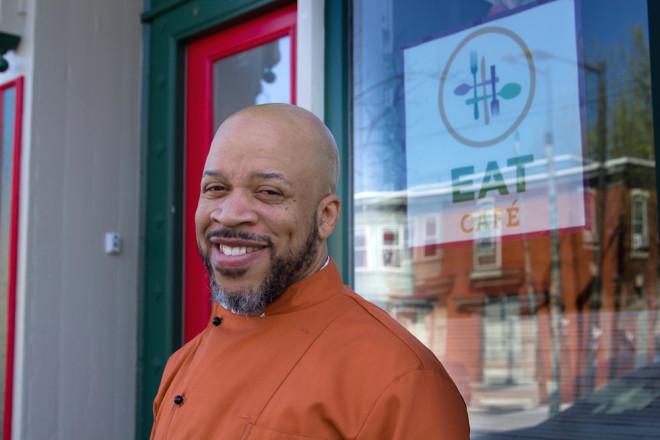 Donnell Jones-Craven, general manager and executive chef of EAT Café, wants to build community through the belly with a revolving menu of traditional dishes and creative cuisine | Photo: Tyler Horst

Jones-Craven, who holds a degree in sociology and worked for over 20 years in Atlanta’s restaurant industry, moved to West Philadelphia in 2014 to get a piece of the city’s foodie revolution. What caught his eye more than any of the other restaurants popping up all over town was the job listing for his current position at EAT Café.

That same year, West Philadelphia received a Promise Zone designation on behalf of the Obama administration, thanks to an application submitted by the city in collaboration with Drexel University. According to the U.S. Department of Housing and Urban Development, the Promise Zone designation “partners the federal government with local leaders who are addressing multiple community revitalization challenges in a collaborative way and have demonstrated a commitment to results.”

Promise Zones can be areas that face a number of barriers to social and economic opportunity. In 2013, the USDA found that 22 percent of Philadelphians experience food insecurity, one of the highest rates in the country.

The Eat Café hopes to be just one way to address these issues in a more holistic manner.

“Through the food, we want people to have a sense of dignity and respect, where they can come to a place and have a dining experience right in their community,” Jones-Craven explains. “They don’t have to travel outside to King of Prussia or downtown. There’s a good place to eat in the community beside the local bodega or the cheesesteak place.”

The creators of EAT Café believe a good meal has value beyond its ability to sustain a person. Sharing a meal is about spending time with family or friends, and participating in broader social life. Other restaurants, by design, segregate people based on how much is in their wallets. Many Philadelphians can not afford a dining-out experience at all.

Chilton wants the restaurant to be different. “Poor people shouldn’t have a separate space from rich people. EAT Café is a third space,” she says.

Jones-Craven agrees, especially when it comes to areas like West Philadelphia that have experienced a history of gentrification. “Wouldn’t it be something if a Mrs. Smith, who’s lived in the community all her life and raised her children there, she can sit at the same table as a professor from Drexel or Penn, and they see each other and say, ‘Hey, how are you doing?’ and start a conversation.”

Jones-Craven strives to make the cafe all-inclusive not just economically, but nutritionally as well. The chef is currently designing daily menus for the restaurant, which will change based on seasonality and availability, and consistently feature vegetarian and gluten-free options.

He has chosen no set theme for the restaurant, only that he wants the food to both be familiar and novel for the cafe’s wide-ranging clientele. Jones-Craven is designing traditional recipes that he says will be “flipped around where it’s presented with a higher nutritional value,” and also hopes to introduce his neighbors to cuisine that is harder to come by in West Philadelphia and render it more familiar. “I’ve had people say: ‘You know, I never had couscous, but all this is is regular pasta, but smaller’.” 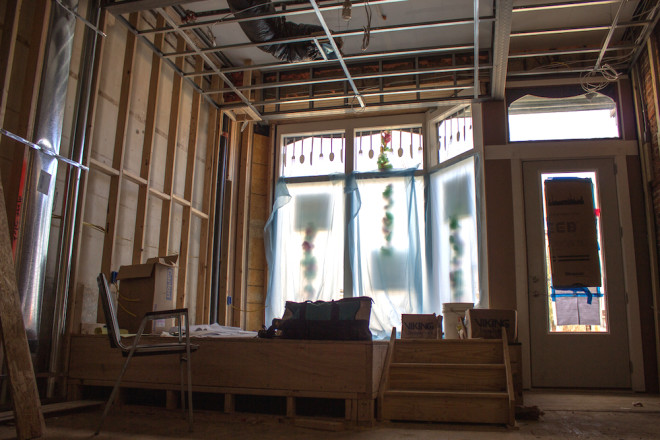 EAT Café will receive much of its ingredients via donation by a Giant Food Store in Wynnewood, a few miles up Lancaster Avenue. It’s community partnerships like these that will keep the cafe going and further shape the core of its mission.

Chilton and Jones-Craven look beyond just serving food as a way of enriching the community. Chilton, for example, plans to hire employees directly from the neighborhoods that surround the cafe and institute job-training programs as well.

In the space, a raised stage has been built for performances from local musicians or poets, and Jones-Craven looks forward to the day when the now bare walls will be adorned with the work of painters and other artists. EAT Café will also host cooking classes in its kitchens and perhaps gardening classes in its back patio. Through its partnership with Drexel University, classes from the Dornsife School of Hospitality and Sports Management may even partake of the full-service kitchen and restaurant as a lab space and learn real-world food service experience.

EAT Café received a seed grant from the Leo & Peggy Pierce Family Foundation and the involvement of Marc Vetri of Vetri Community Partnerships. It will continue to operate in partnership with Drexel for the short-term, but Chilton says the ultimate goal is that the cafe eventually belong entirely to the community. “In three years, I want the cafe to be self-sustainable,” she says.

Jones-Craven is optimistic that with its many community uses, its tantalizing menu, and even with its unconventional pricing mechanism, EAT Café will be a success. “We believe that 80 percent of our customers will pay the suggested price,” he says.

Though many may not pay, whether by choice or necessity, Jones-Craven believes that others will overpay because of what the Café can provide to those with less means. “It’s like buying a meal for somebody else,” he explains.

EAT Café is the first of its kind in Philadelphia, but Chilton hopes that won’t remain true for long. “We hope these kinds of cafes start popping up like mushrooms,” she says.

Whether the concept catches on with the rest of the city or not, the cafe plans to create a greater sense of shared community space in its West Philadelphia home, starting with its projected opening in May. Says Jones-Craven, “I want to give people that sense of dignity and respect in the community, that they feel a part of it and not cast out.”