Beyond The Blue Bin: On The Floor Of Citywide Curbside Recycling 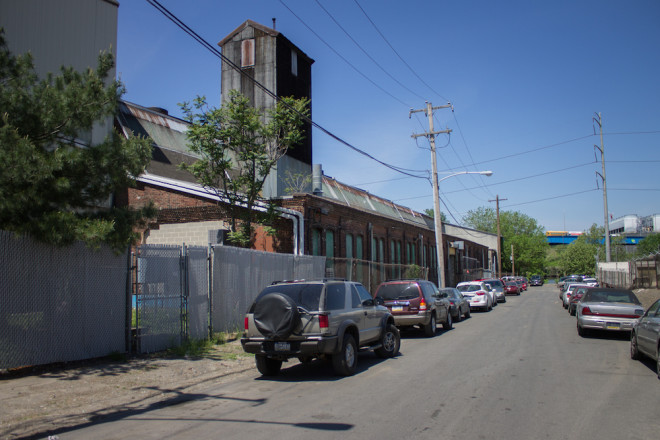 Walking out onto the floor of the Blue Mountain Materials Recovery Facility (MRF) near the Schuylkill River in Grays Ferry courts sensory overload. As you anxiously watch Blue Mountain’s workers diligently shift, sort, wrangle, and divert the material chaos whipping through the equipment’s $12 million arteries the overwhelming sensation is of a tornado formed from blades of jagged sheet metal interrupted every so often by dense crashes and moaning steel. The experience is instinctively threatening and completely riveting.

All is not clockwork, though. Equipment is shutdown for cleaning routinely throughout the day due to the menacing proliferation of plastic bags made of film plastic that gums up the sorting equipment. There is also the non-stop deluge of non-recyclable waste that gets mixed in with the rest of curbside recycling pickup. “People have the misunderstanding that virtually everything is recyclable these days, especially after moving to single stream,” says Robert Anderson, regional business development manager of ReCommunity Recycling, which operates the Blue Mountain facility. “We’ve seen bowling balls and even car engine blocks. “ Anderson says that while single stream recycling, which began in Philadelphian in 2008, has been an overall success in reducing landfill waste, people often throw everything short of organics into their bins, assuming anything resembling plastic can be processed for reuse. “We’re actually beginning to tone down and redirect some of our outreach messaging.” Anderson gives the example of plastic bottle caps and the generally assumed notion that they should be disposed with the cap on. “When you leave the cap on and there is still liquid in the bottle our sorting equipment’s sensors often reject them,” says Anderson. This slows down the process and can lend to misdirected channeling. Though, there’s a fine line in achieving balance. The “cap on” rule still applies, though simply emptying the bottle greatly reduces processing complications. 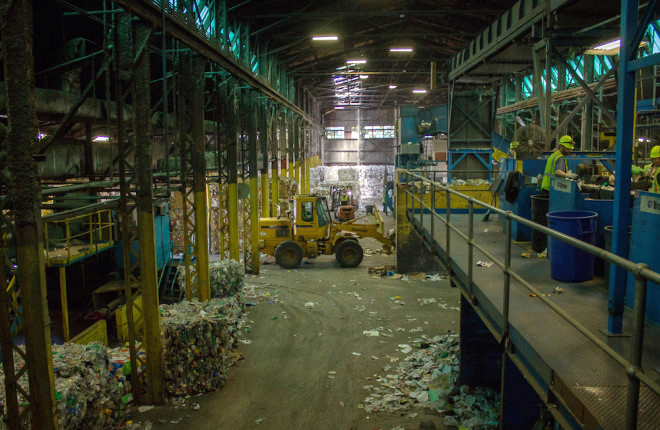 Once the product leaves the facility it is sold in the U.S. and oversees. At $1,400 a ton, aluminum is the most marketable. Due to the difficulty of processing, glass is at the bottom with a negative market price of -$30 a ton. “Aluminum is sold for manufacturing new cans to companies like Anheuser Busch,” says Anderson. “HD [High-density] plastics are sold in the U.S. to companies who flake it, clean it, and pelletize it for remanufacturing of plastic bottles, PET [polyethylene terephthalate], mostly water bottles, are sold for carpet and fabric manufacturing, and the finished bales [paper and cardboard] are sold to paper and board mills in the U.S. and abroad.”

The market price for recovered materials has come down dramatically from its peak, roughly between 2009-2012, and many facilities are just breaking even. Some municipalities are again having to pay out of pocket for processing—standard practice 15 to 20 years ago. The City of Philadelphia will spend about $1.5 million to process recyclables in the fiscal year ending June 30, 2015, according to Streets Department recycling director Phil Bresee. “Keep in mind that the market forces driving the value of recovered materials down right now are global, so aside from working to ensure we are delivering as clean a stream of recyclables as we can, our options are limited.” Bresse says that a drastic reduction in newspaper circulation is a primary driver, coupled with the increased reliance on electronic mail, which eliminates the need for mixed paper for envelopes and letterhead, are reshaping the recovered materials industry and driving down demand for processed material. “However, it still beats the alternative of paying to dispose of those materials at a waste-to-energy plant at $60 per ton,” Bresee says. “We call those ‘avoided disposal savings,’ and even in our current environment the curbside recycling program will result in savings for the City of about $6 million for 2015.”

Bresee says that environmentally friendly product and packaging design is a key topic in discussions among the Environmental Protection Agency, product manufacturers, and the recycling industry. He thinks that the long-term benefits will be significant. “These are interesting and possibly transformative times for recycling,” says Bresee.

In the belly of Blue Mountain’s Materials Recovery Facility. Photographs by Michael Bixler 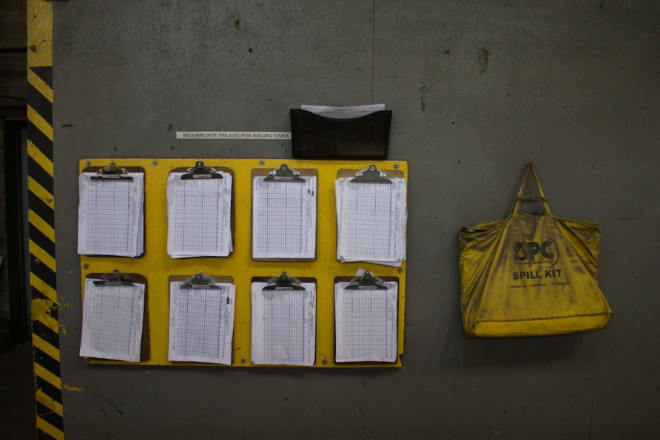 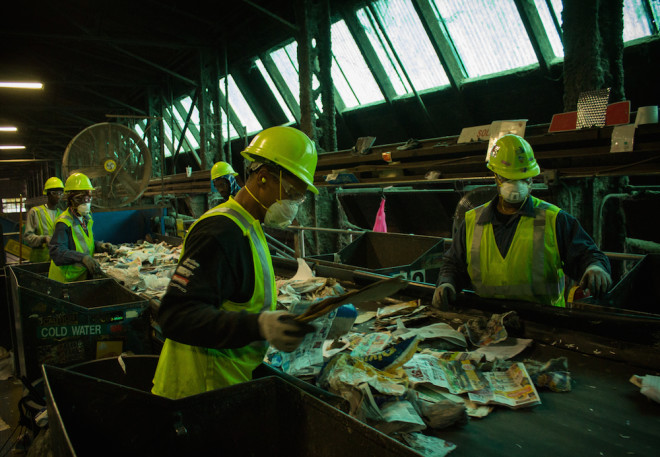 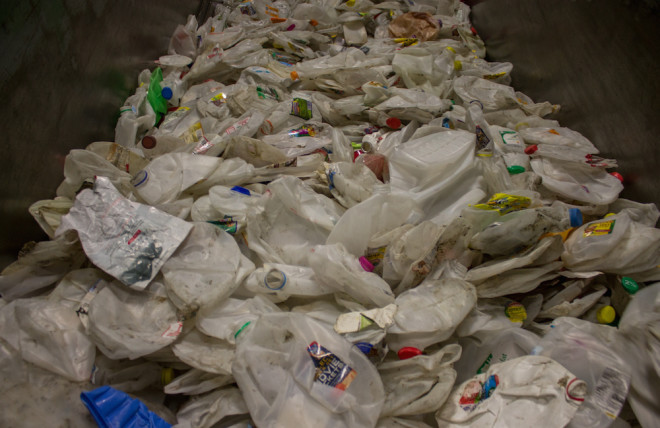 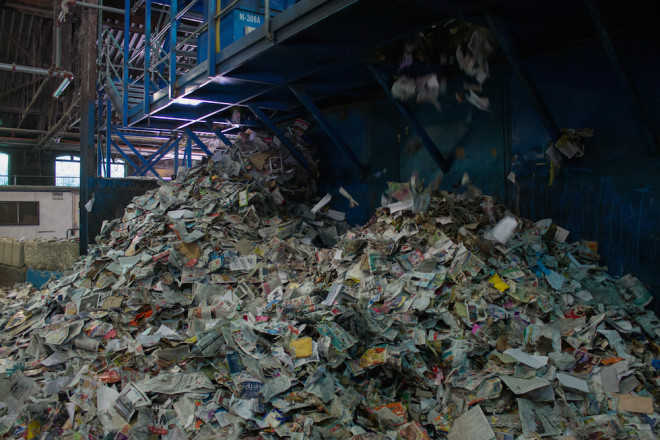 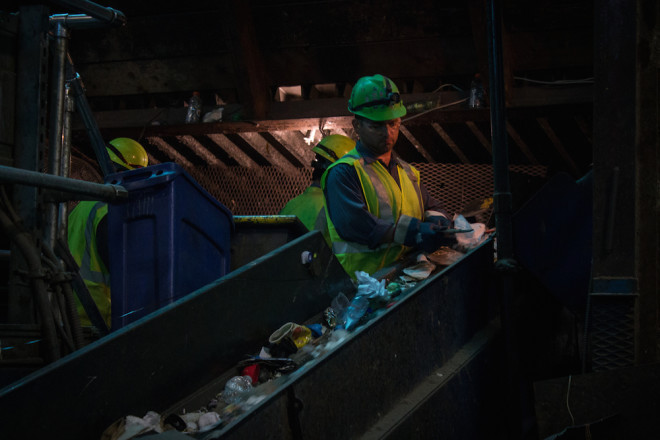 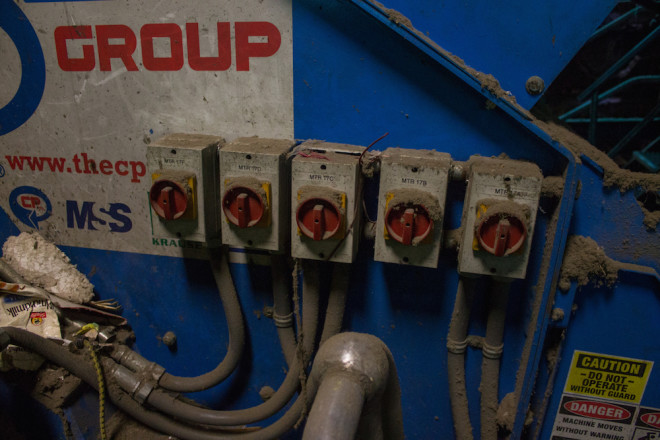 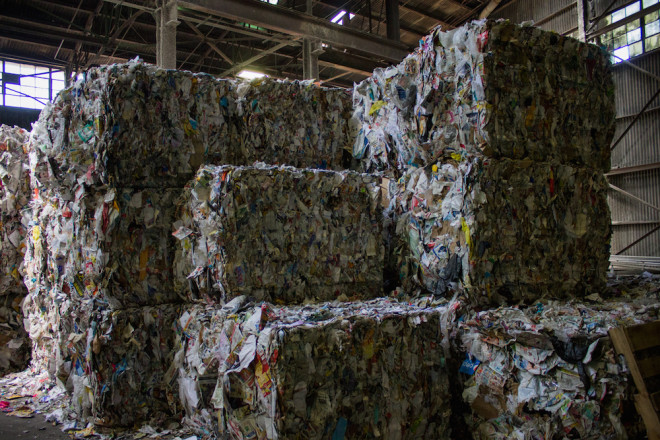 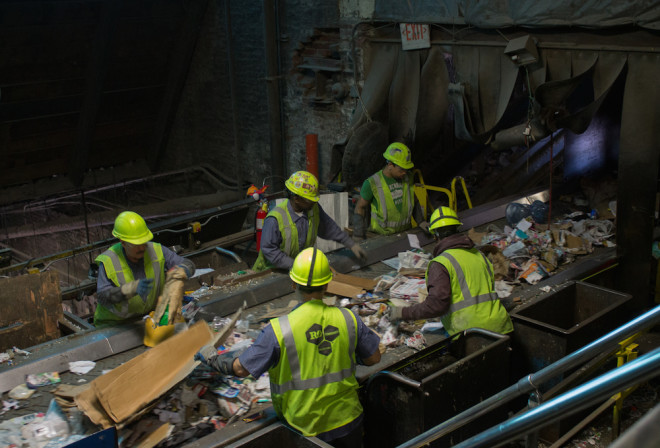 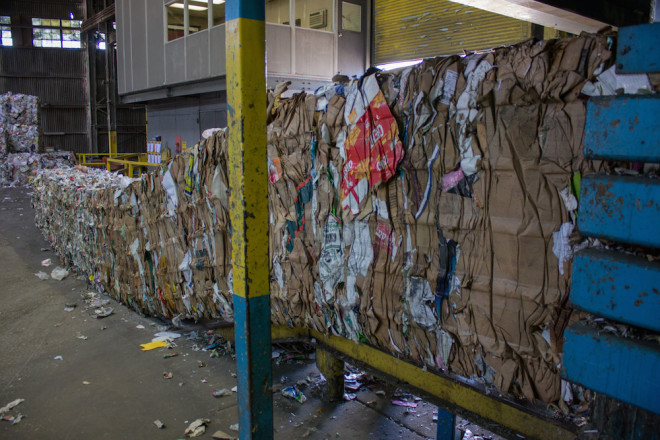 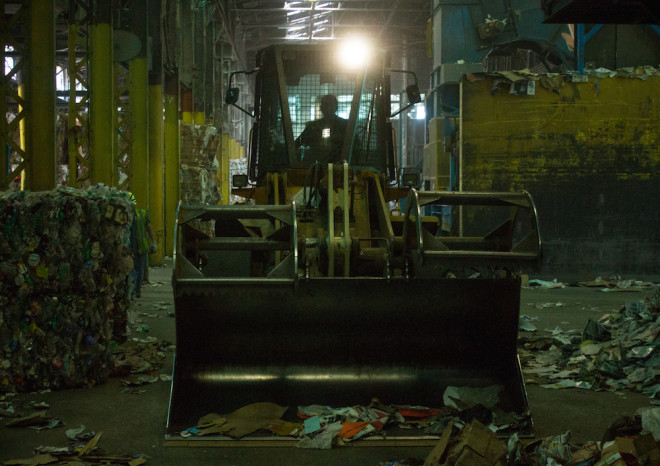 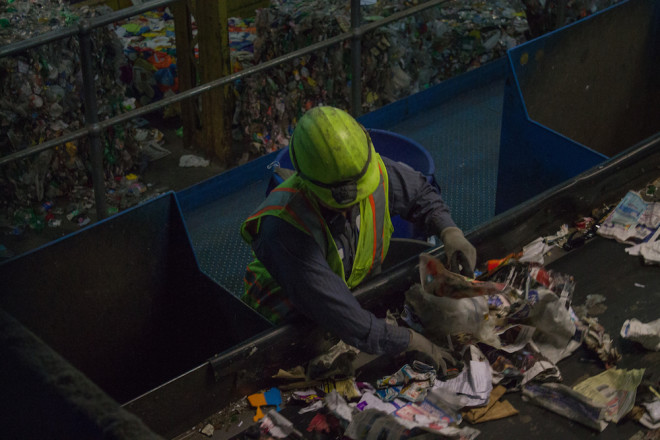 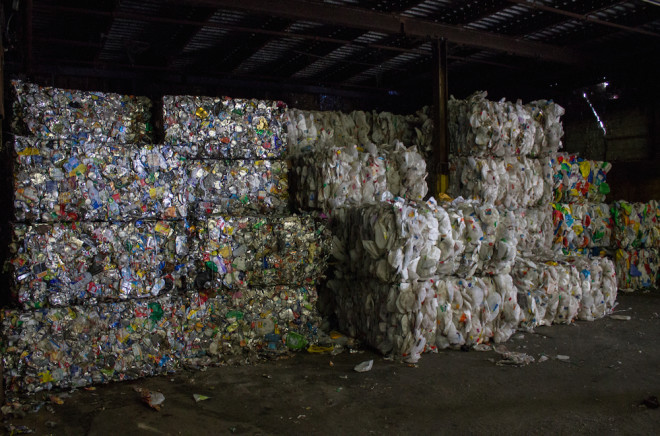