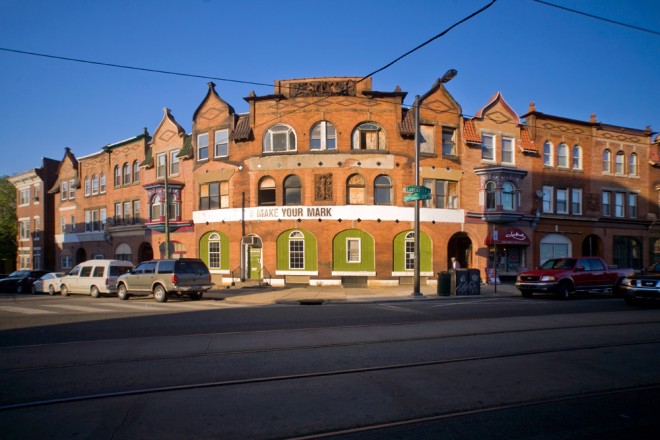 For the past four years, longtime Philadelphia Weekly editor Tim Whitaker has overseen the growth of a new legion of writers: the Mighty Writers. Next month, they’re expanding westward, opening a space on the corner of 39th Street and Lancaster Avenue.

Mighty Writers, the nonprofit Whitaker founded to help Philly kids K through 12 learn the fundamentals—and more importantly the value—of writing, has since its 2009 inception called 15th and Christian home. Workshops and programs, largely powered by volunteers including writers, journalists, teachers, and such, range from essays and poetry to comic book writing and SAT preparation.

Mighty Writers West will be helmed by former Inquirer metro columnist Annette John-Hall. The building, Hawthorne Hall’s twin on the other end of the same block of Lancaster Avenue, is most recently recognized by the “Make Your Mark” sign from the public outreach of the Lower Lancaster Avenue Revitalization Plan by People’s Emergency Center (PEC), who owns both the Mighty Writers building and Hawthorne Hall. That sign will be replaced with one reading “Mighty Writers.”

James Wright, PEC’s commercial corridor manager, is particularly excited about the new tenant: he’s a member of Mighty Writers’ board of directors. He’s also excited about the promise of Hawthorne Hall. “We’re trying to get more people to see the installation,” he says of Rabid Hands’ Knights of Pythagoras Hidden City Festival creation while PEC seeks a suitable tenant for the three-story space. Encore presentations will include this year’s DesignPhiladelphia festival in October, and soon, Second Friday events on Lancaster Avenue.

Mighty Writers will open at 39th and Lancaster the second week of September. To learn more about their programming, visit their web site HERE.