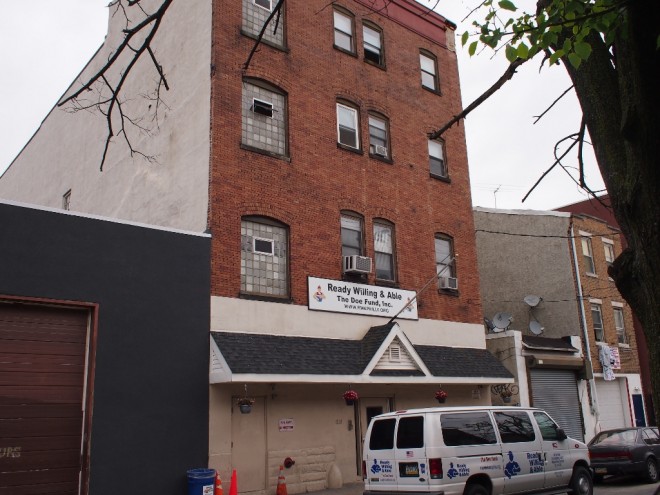 For twelve years, Ready, Willing & Able (RWA) has provided transitional work, occupational training, and most importantly, housing and support services for homeless men trying to rebound at 1211 Bainbridge Street. RWA is a well respected organization—particularly on a block they’ve shared with a pawn shop and a halfway house with registered sex offenders—whose success has created a need for better space.

And so the organization has found 2,000 square feet of additional space at 1221 Bainbridge, where 75 clients will move by the end of the year. RWA plans on keeping the same number of beds, but expanding the programming it provides: recreational space and a computer lab among other support services. Both 1211 and 1221 are owned by Bainbridge Properties LLC.

Bainbridge Properties, which has a Wallingford mailing address, is operated by Sean McDougall, who presented his plans to the Hawthorne Empowerment Coalition last month. Those plans said that the City Office of Supportive Housing (OSH) has proposed to lease 1211 Bainbridge for ten years and provide emergency housing for 75 men. The site would be managed by the non-profit Resources for Human Development.

In other words, the population of homeless and transitional men on the 1200 block of Bainbridge would double. And while Ready, Willing & Able has largely been applauded for their efforts, neighbors expressed serious concern for a doubled homeless population. 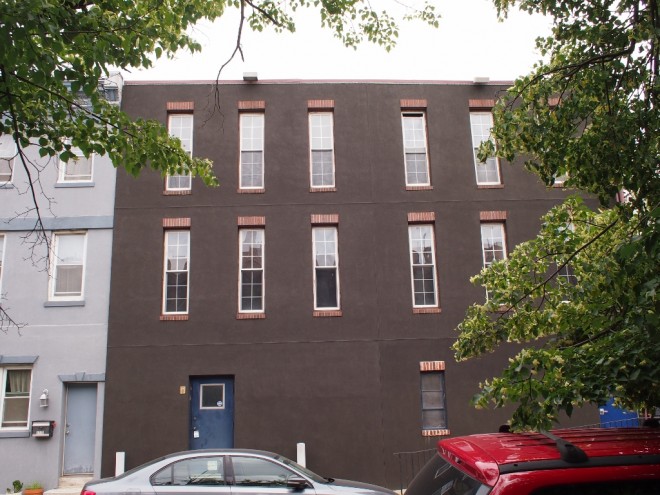 Ready, Willing & Able is vacating its 1211 Bainbridge Street space to move up the street to 1221, pictured here | Photo: Nathaniel Popkin

To that end, the Hawthorne Empowerment Coalition hosted a special meeting earlier this week with Steve Cobb, the director of legislation for Councilman Kenyatta Johnson, to give the community a chance to discuss the project and take a vote of support.

The project is in Johnson’s 2nd District; or rather, it will be in 2015, when the redistricting City Council drew up two years ago goes into effect. But on March 14, Councilman Brian O’Neill (10th District) sponsored a resolution that gives Council “power over zoning, constituent services and capital dollars in their new districts starting this month—2 1/2 years before the districts officially kick in.” (Philadelphia Daily News.) So, though 1211 Bainbridge has historically been and technically still is in Councilman Mark Squilla’s 1st District, Councilman Johnson (whose web site already mentions Hawthorne in its language) is representing the City in handling the proposed project.

“We inherited this project,” Cobb says, acknowledging the shuffle the redistricting has presented. “Especially in matters like these, we defer to the local RCO (Registered Community Organization) for their input.” 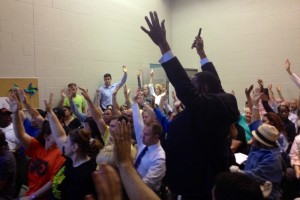 By a show of hands, the nays won, voting strongly against supporting the new homeless shelter at 1211 Bainbridge | Photo: Bradley Maule

HEC, being that local RCO, opened the floor for thirty minutes of questions and concerns. Among those raised were population density (with the second facility, there would be 150 beds in two properties), safety, and the term of the lease. A ten year lease for a City agency (OSH) would require an ordinance. Cobb confirmed that Councilman Johnson would only support such legislation if the community did.

HEC President Patricia Bullard then took a vote of the 100 or so attendees. Three voted in favor, while the rest emphatically voted against. The nays had it.

Neither McDougall, the owner of the buildings at both 1211 and 1221 Bainbridge, nor OSH Director Dainette Mintz could be reached for comment.