The Pretense Of Ornament 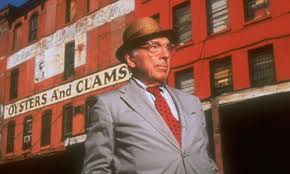 On the 32 bus this Wednesday, my son Isaak, who is 10 and learning to navigate his way around the city, told me what he’d like to do sometime “is take a bus line all the way to the end and then take it all the way to the other end just to see parts of the city I don’t know.” Having nourished myself on the city all these years, I was pleased, of course, to hear this come out his mouth without any prompt.

After dropping him off at his friend’s grandmother’s, where he was to spend the day since school was closed, and hopping on the next 32 going in the return direction, I began to read the New Yorker I had grabbed on the way out the door. Immediately, I opened to “Street Life,” the first entry in the 1960s memoir written by the magazine’s legendary wanderer Joseph Mitchell and never published. There it was: “Another thing I like to do is to get on a subway train picked at random and stay on it for a while and go upstairs to the street and get on the first bus that shows up going in any direction and sit on the cross seat in back beside a window and ride along and look out the window at the people and at the flowing backdrop of buildings. There is no better vantage point from which to look at the common, ordinary city–not the lofty, noble silvery vertical city, but the vast, spread-out, sooty-gray and sooty-brown and sooty-red and sooty-pink horizontal city, the snarled-up and smoldering city, the old, polluted, betrayed, and sure-to-be-torn-down-any-time-now city.” 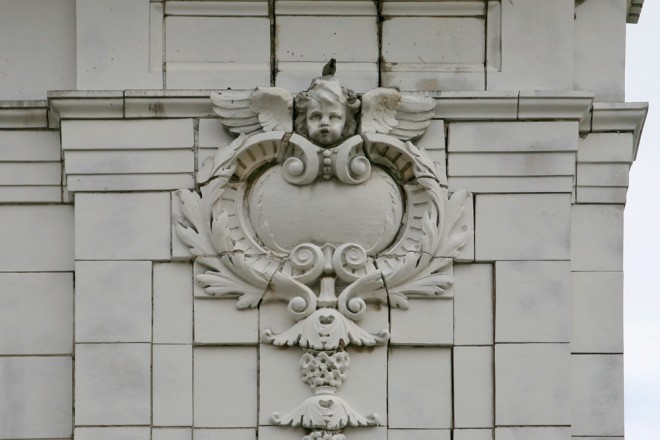 What was it about these gestures–“silly looking things”–that spoke to Mitchell so powerfully? In one sense, he explains, their ubiquity, “the overwhelming ubiquity of it, the almost comical ubiquity of it.” Any builder or property owner worth two cents would ornament his building to declare his dignity, as if he were a king, and the building his castle. And isn’t that the melancholy of the city, the mass of people all together each insisting on his or her individual power and prestige, the “sphinxes and Atlases and Dianas and Medusas serving as keystones in arches over the doorways and windows of tenement houses.”

In the other sense, says Mitchell, the ornaments are no less than sacred objects, survivors of shifts in taste, triumphant in the face of endless shifts in economics and culture. 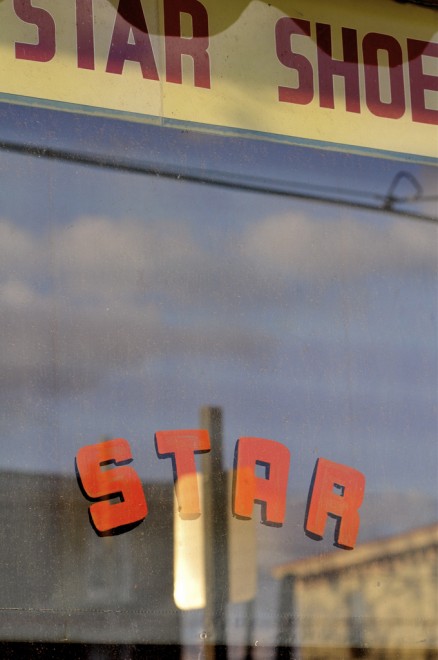 All the more triumphant here, in this city, perhaps, where so much of the city one might once have wandered so freely and for endless reward, has been lost (Philadelphia had its Joseph Mitchells–Cornelius Weygandt and Christopher Morley among them–but none with Mitchell’s embrace of the “smoldering” city nor his command of language). When we sought to illustrate today’s first feature story, “There Was No End To The Music,” on the influence of Philly’s jazz scene on the development of John Coltrane, with photos of the night clubs and lounges where Coltrane came of age, we found almost none. We settled on a crop of the shot below of the Web Bar on Columbia (now Cecil B. Moore) Avenue taken by Peter Woodall in 2006. What’s remarkable–if your eye knows where to search–is the heavy, suggestive Germanic bracketing on the cornice and the thick medieval lintels over the windows of what had been many years before the Keystone Hall. These gestures that come to us as if from some other realm had the momentary capacity to carry away a rider heading east on Cecil B. Moore on the 3 bus–or more certainly, the streetcar–to some imaginary Munchen strasse. A moment like this, says Mitchell, had the power “to lift my spirits for hours.” 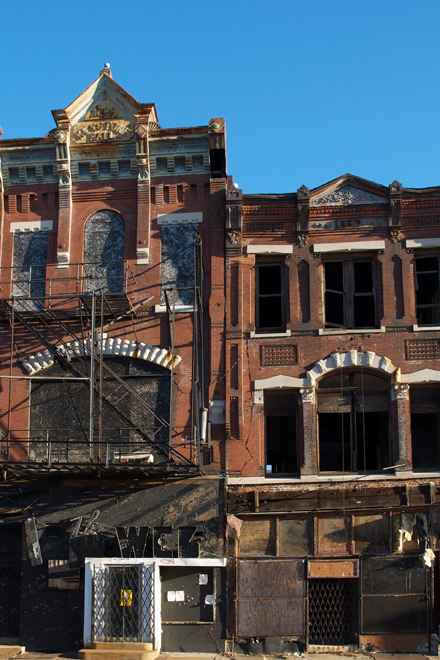 Like almost every other building related to the Philadelphia jazz scene of the 1940s-1960s, however, the Web Bar’s building today is gone. Gone completely and gone forever, the city robbed of its great capacity for pretend and wonder.