Editor’s Note: As a mega-perk for the Hidden City Daily’s crowdfunding campaign on Indiegogo, we just posted a private tour of two of Philly’s legendary buildings, the Metropolitan Opera House and the Divine Lorraine hotel. Remarkable grand dames like these deserve a raconteur of the first order, which is exactly what we have in Hidden City’s own Thaddeus Squire, who will be leading the tour. To sweeten the deal, we dipped into our private stash of Divine Lorraine-iana and pulled out two postcards from the 1920s, as well as matching views of the same rooms from the early 2000s from photographers Joseph E.B. Elliott and Peter Woodall. 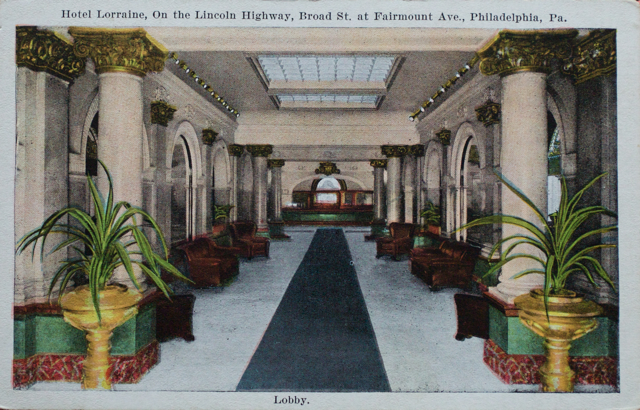 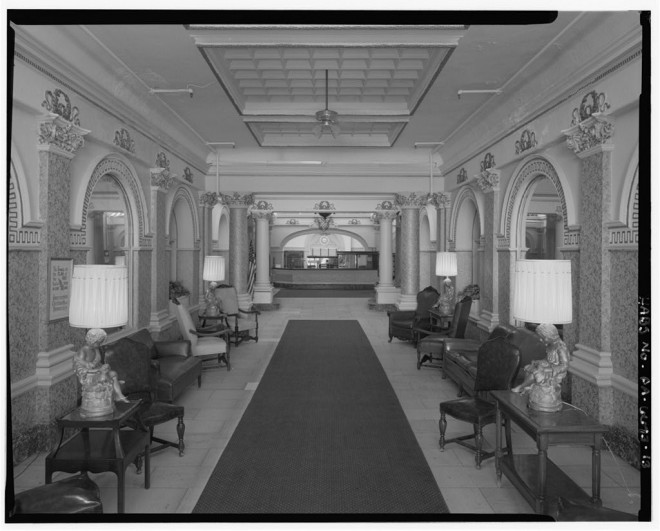 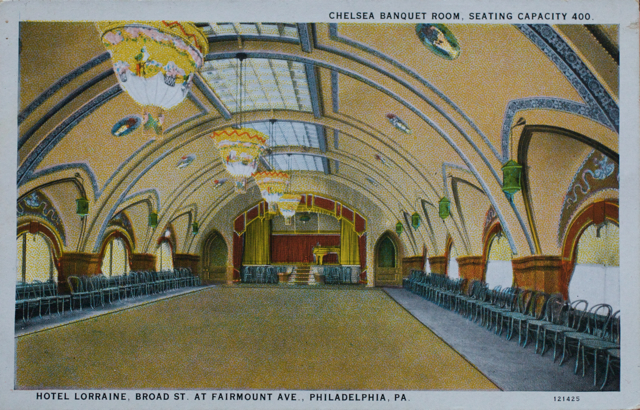 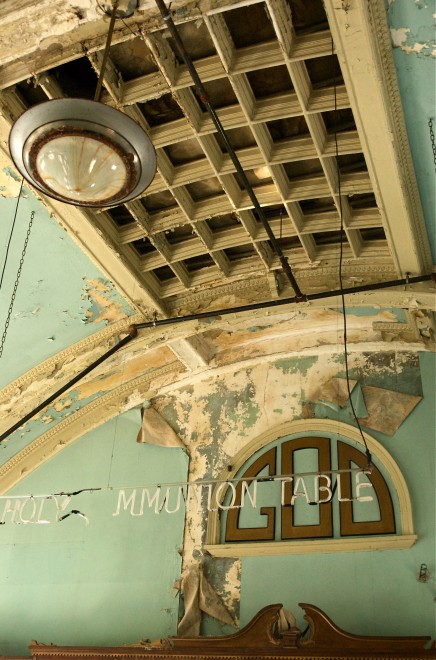