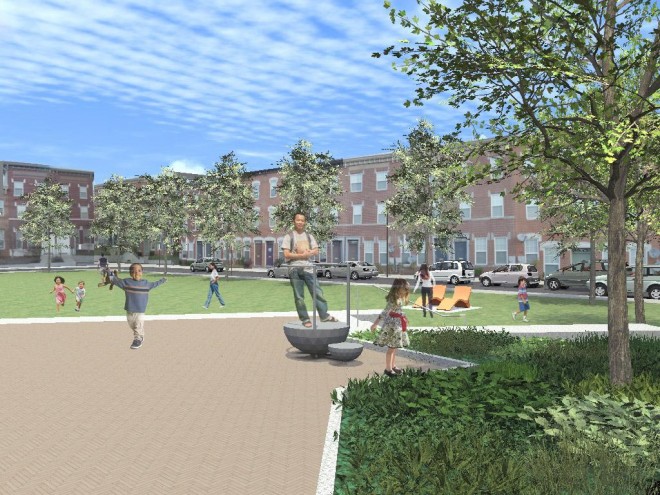 Today, residents celebrated the opening and dedication of Hawthorne Park, the final phase in the reboot of the former Martin Luther King housing project at 12th and Catharine Streets in South Philadelphia. 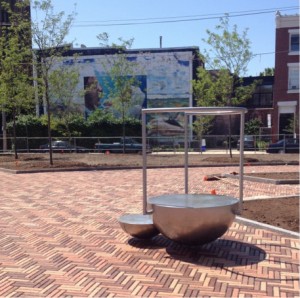 Object for Expression by Warren Holzman | Photo: Office of Arts, Culture and the Creative Economy

Mayor Nutter was on hand for the ribbon-cutting, as were representatives from the Hawthorne Empowerment Coalition, the Pennsylvania Horticultural Society, and the Department of Parks and Recreation. The park was designed by Lager Raabe Skafte Landscape Architects (LSRLAStudio). The City of Philadelphia’s Percent for Art Ordinance funded the installation of a sculpture in the park: Object for Expression by sculptor and blacksmith Warren Holzman of Iron Studio, Ltd.. The stainless steel sculpture in the form of a lectern was created to encourage impromptu performances and oration, according to Holzman. It is also a nod to the fact that Martin Luther King, Jr. made a speech on the site in 1965.

For more on the park and its planning history, read Angela Taurino’s story on the new plan for Hawthorne Community Park from February of this year.