Power of Place, The Sobering View 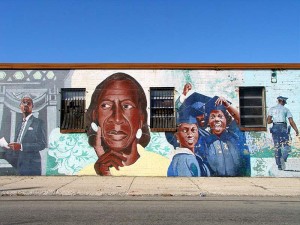 In a pathbreaking report the American Sociological Review put out last week, researchers confirm what most of us implicitly understand: the longer a child lives in an impoverished neighborhood, the poorer her chances are of graduating high school. Researchers Geoffrey T. Wodtke and David J. Harding of the University of Michigan and Felix Elwert of the University of Wisconsin-Madison followed over 4,000 children across 17 years, correlating the impact of segregation, crime, and poverty on school advancement. “Black children were about seven times more likely than white children to experience long-term residence in the most disadvantaged 20 percent of neighborhoods in the country,” Wodke told the website City Mayors.

This is not as obvious or easy to prove a point as you might imagine. In Neighborhood and Life Chances: How Place Matters in Modern America (Penn Press, 2011), editors Eugenie Birch and Susan Wachter of Penn and Harriet Newburger of the Federal Reserve Bank of Philadelphia write, “Despite the common wisdom that place matters, it has proven extremely difficult to pin down just how and how much it matters. Indeed, even definitively documenting that it does matter is beset by difficulties.”

So Birch, Wachter, and Newburger survey the field of current research on health, race, crime, violence, housing, and neighborhood type, concluding that “people and place prosperity go hand-in-hand. The policy-maker who wants to improve the life chances of poor families and their children cannot ignore the effects that place has on those chances.”

It’s worth noting the granularity of the research. For example, researchers Douglas Wiebe and Charles Branas report findings from the Philadelphia Gun and Alcohol Study. According to the Study, heavy drinkers are 2.7% more likely to be shot compared to non-drinkers (regardless of other factors) and being near a stop-n-go doubles your risk of being shot. Combine the two factors and you increase your risk of being shot by more than 9 times.