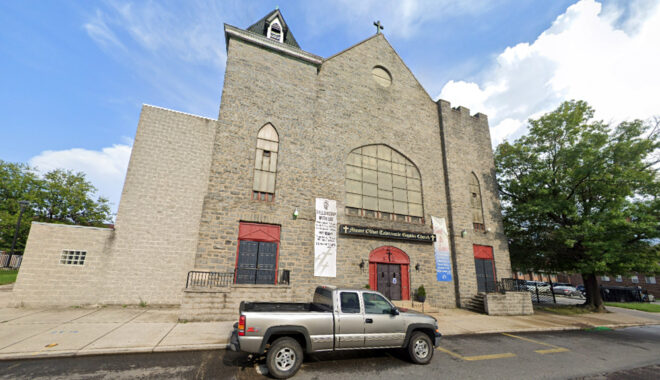 The ambitious agenda for the January meeting of the Philadelphia Historical Commission was met with many continuances. However, a historic African American church, a Art Deco store, and a small row of Georgian Revival homes were added to the Philadelphia Register of Historic Places.

Mount Olivet Tabernacle Baptist Church at 647-59 N. 42nd Street was nominated by the University City Historical Society. The nascent congregation purchased land for the church in 1914 and began building in 1923. With no architect and no blueprints, construction was carried out by volunteers led by a deacon who worked as a contractor. When they first attempted to raise the roof, it collapsed, tragically killing one of the volunteer congregants.

The volunteer participation speaks to the social and political importance of churches in the Black community during the Great Migration when millions of African Americans moved northward. According to historian Robert Gregg, “Churches were the largest and most elaborate economic, social, and political institutions organized by African Americans, at least until World War II.” As thousands of Black families moved to a segregated and often hostile Philadelphia, the establishment of churches, and therefore social and political organizations, became a top priority. 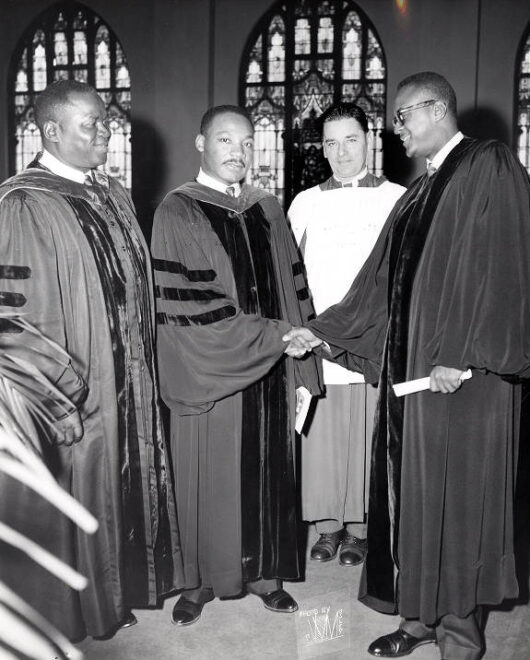 The two-and-a-half story church building is a beautiful, vernacular Gothic structure, with granite cladding, a striking crenelated roof silhouette, and an array of stained glass windows. The church has seen only minor modifications in the past 100 years, making it a significant monument to the history and development of the African American community in West Philadelphia.

Mount Olivet’s longtime pastor was Marshall L. Shepard, Sr., a powerful politician and leader in Philadelphia. As pastor, Shepard established an impressive number of church social and political clubs, secured a partnership with the Works Progress Administration during the Great Depression that provided 500 women with employment, became a prominent local member of the Democratic Party, served in the Pennsylvania General Assembly. He also served multiple terms as a member of Philadelphia City Council. Shepard was a leader in the civil rights movement and worked closely with Dr. Martin Luther King, Jr. until his death in 1967. 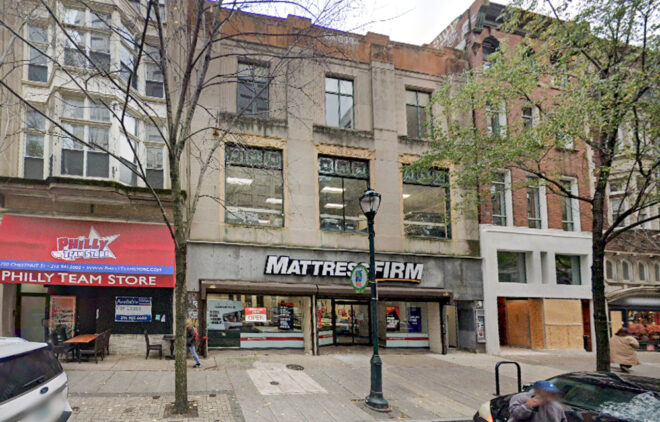 The former Peck & Peck store at 1722-24 Chestnut Street was added to the Philadelphia Register after being nominated by the Center City Residents Association. Built in 1929, the three-story masonry commercial building is a prime example of commercial Art Deco development. The flat-roofed stone building has large symmetric windows articulated by decorative carved bands and muted limestone capitals. 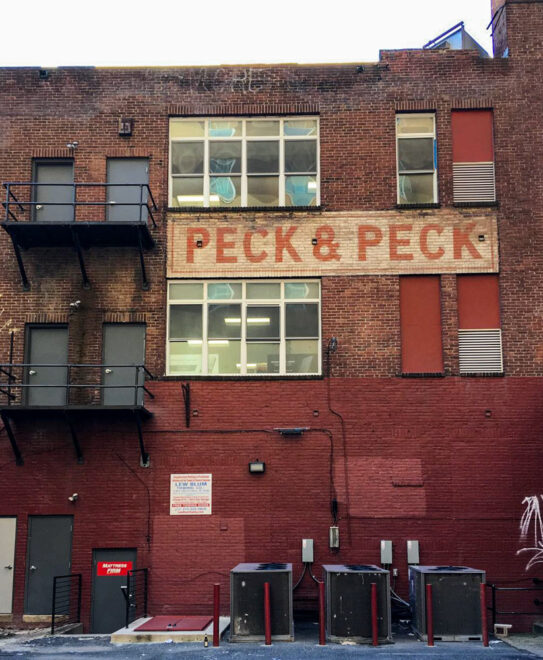 A old sign for Peck & Peck can be seen along Stock Exchange Place between 17th and 18th Streets. | Photo: Michael Bixler

Silverman & Levy was a prominent Philadelphia architecture firm that worked primarily within the Jewish community. It designed many important extant structures in the city including the former Jewish Hospital, the Phi Beta Delta house, the Gimbel Bros. department store, and the redesign of the Rebecca Gratz Club. As stated in the nomination, the architects “excelled greatly in the Art Deco style, designing rather distinctive facades for commercial buildings of a modest scale.” 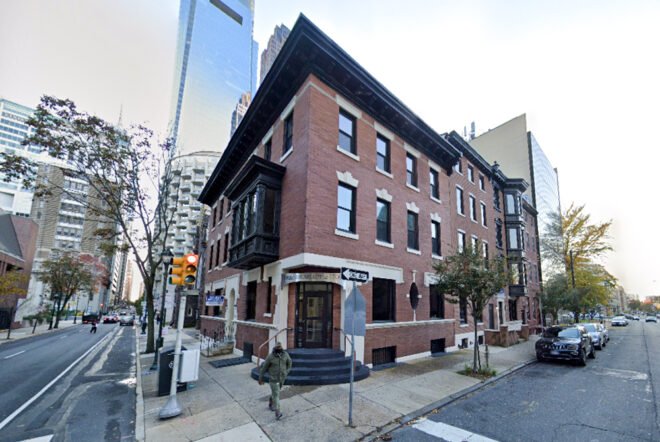 A small row of three brick buildings, referred to in the nomination as the James McGinnis Company Building/Arthur Mallie Residence/Ellison Apartments, were added to the local register despite strong opposition from the site’s owner. The Preservation Alliance for Greater Philadelphia nominated the group of three brick buildings at 1700-02 and 1706 Race Street, dating from the mid-19th to early 20th century in Logan Square. The nomination describes these buildings, which had been consolidated into a single parcel in 1998, as exemplary examples of Georgian Revival, an architectural style which was a “more formal version of the Colonial Revival mode that became dominant in urban residential construction in Philadelphia and other American cities beginning around 1895.” 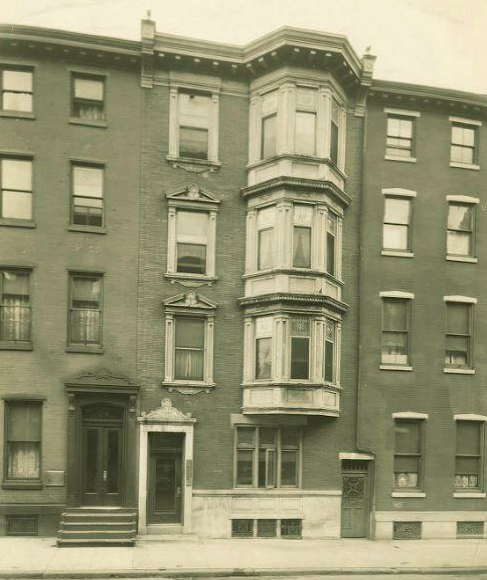 1706 Race Street circa 1930s. | Photo courtesy of The Athenaeum of Philadelphia

Patrick Grossi, the director of advocacy of the Preservation Alliance for Greater Philadelphia, explained that “Part of what drew us to this site is its proximity to the Parkway. The Parkway was one of Philadelphia’s first urban renewal processes, and these are rare survivors.” A representative for the buildings’ owner later responded that, according to standards of the United States Department of the Interior, “Simply surviving is not enough.” They argued against designation, trying to refute the claim that the buildings were good examples of the Georgian style. Historical Commission member Emily Cooperman responded, “There is no Georgian style police” and that the buildings “reflect a vernacular approach to design” rather than a strict adherence to a set of stylistic guidelines. The nomination was approved by unanimous consent. 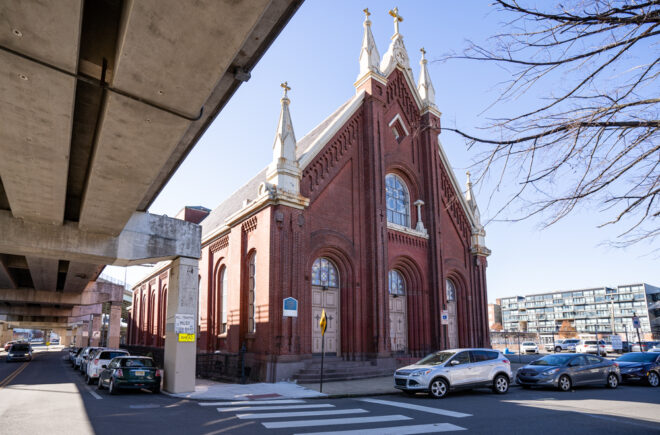 The former Immaculate Conception Roman Catholic Church and rectory at 1018-20 and 1032 N. Front Street in Northern Liberties was approved “in concept” to be renovated for residential use. The church complex was designed by Edwin F. Durang and constructed in 1870.

The renovation will include the installation of floor levels with attending windows and doors, the replacement of the slate roofing with synthetic slate, and alterations to the openings of the building. This project has been on the Historical Commission’s agenda for some time and was approved pending staff acceptance of small alterations to the plans. 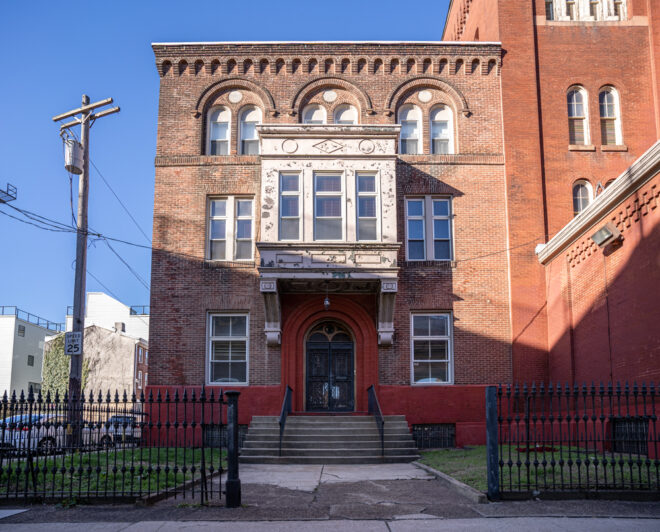 The church had survived a spate of anti-Catholic violence in the 1800s, the gutting of the neighborhood for construction of I-95 in the 1970s, and rapid gentrification during the early 2000s. However, the church closed suddenly in 2019, just two months short of its 150th anniversary. The developer of the project is Pollard Allen OCF, LLC.