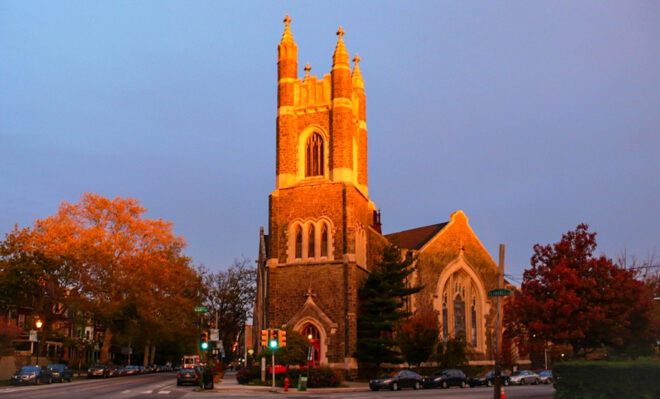 Houses of worship in Philadelphia are often sold to real estate developers and demolished for new construction when congregations decrease and the cost of maintaining the buildings is insurmountable. Calvary United Methodist Church at 48th Street and Baltimore Avenue is one rare exception. Rather than close its doors, the congregation opened them wider. In the process, they saved a 100-year-old Gothic gem and helped revitalize the community. In November, the National Trust for Historic Preservation selected Calvary United as one of nine national recipients to receive its coveted Trustees Emeritus Award for Historic Site Stewardship. The award is in recognition of the congregation’s preservation work, which has had a significant economic impact on nearby businesses due to the greatly increased numbers of visitors to the restored church.

When Calvary United was designed in 1907 by New York architect William R. Brown it was one of 70 Protestant churches in West Philadelphia, a predominantly white, Christian middle class community at the time. It featured a 10-story granite tower, Tiffany windows, scagliola columns, and hand-painted murals. 50 years later, the area had evolved into a multicultural, mixed income neighborhood including roughly 75,000 Jews, 92,000 Blacks, and a large Catholic population according to the 1950 Census. In the 1960s, white flight caused the church to lose almost all of its congregants to Philadelphia’s adjacent suburbs. 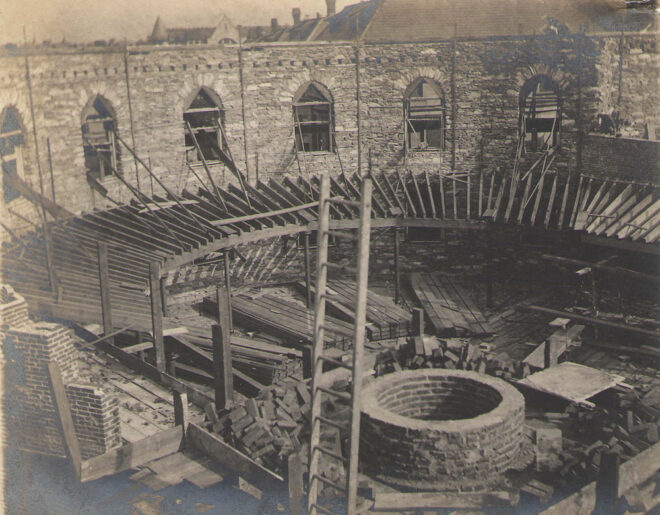 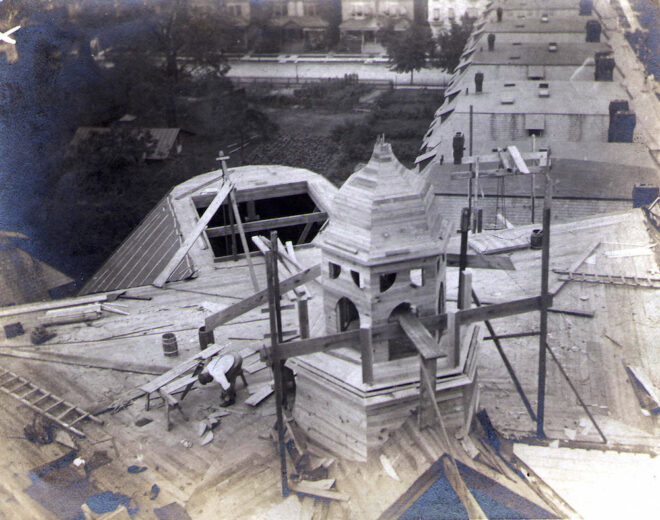 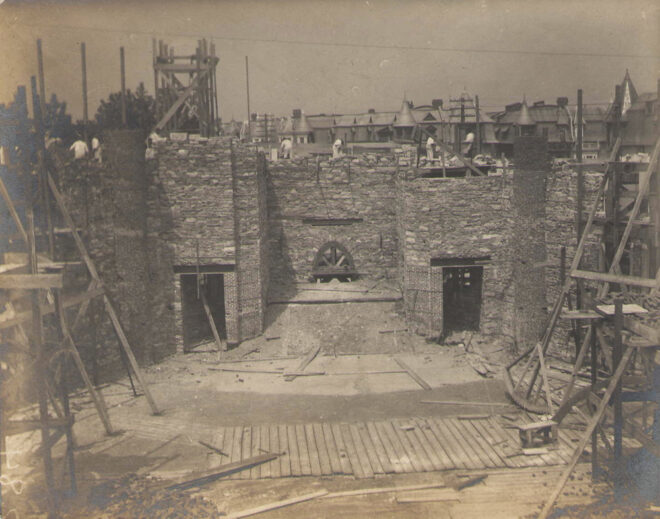 In the 1990s, after decades of dwindling membership and mounting structural problems, the majestic church was ranked among the top 10 endangered landmarks in Philadelphia. The congregation tried to sell the building, but no one made an offer. Desperate to raise funds, church officials attempted to sell its two 26-foot tall stained glass windows that are signed by Louis Comfort Tiffany. That is when the remaining members balked and swung into action.

Rich Kirk, board president of Calvary Center and trustee of the church, came to the University of Pennsylvania as a grad student in 1994. He fell in love with Cedar Park and became a Calvary United community organizer. “There was instability in West Philly caused by an abundance of rental apartments, many in poor condition. We went to present our demands to Penn’s president, Judith Rodin, expecting a confrontation. But Rodin had grown up in West Philly and understood the problem. She put Penn’s resources to work, converting rentals to home ownership and combating blight by buying and restoring houses, then selling them at a loss to Penn employees and providing them with interest free mortgages. She gave an incentive for people to live here. It added stability and succeeded beyond our expectations,” said Kirk. 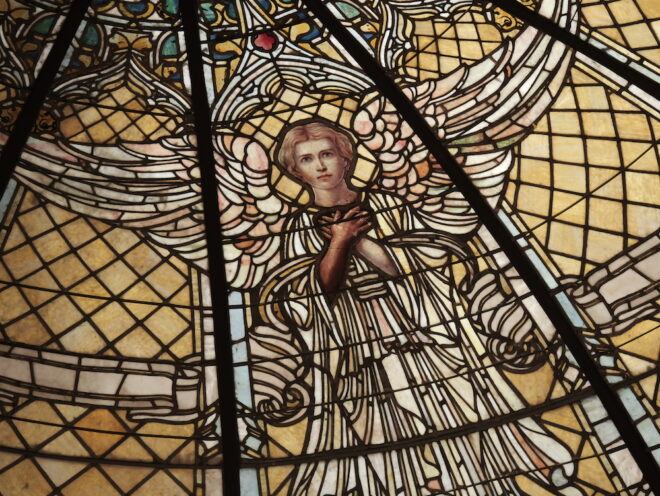 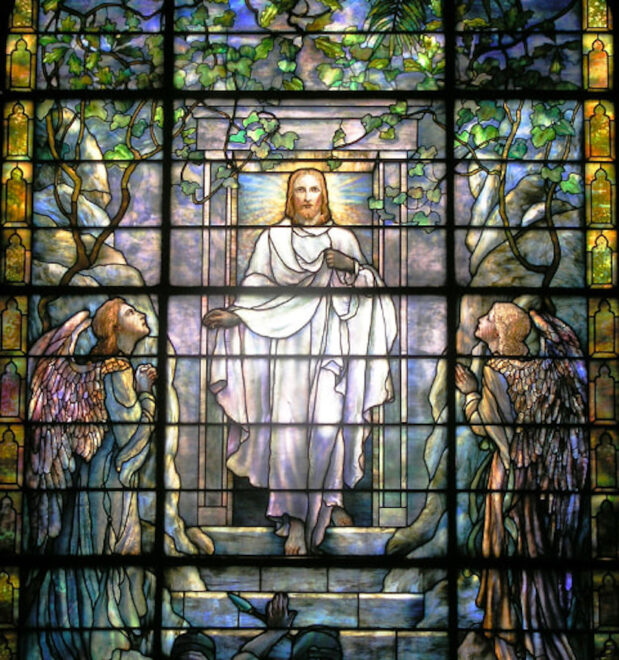 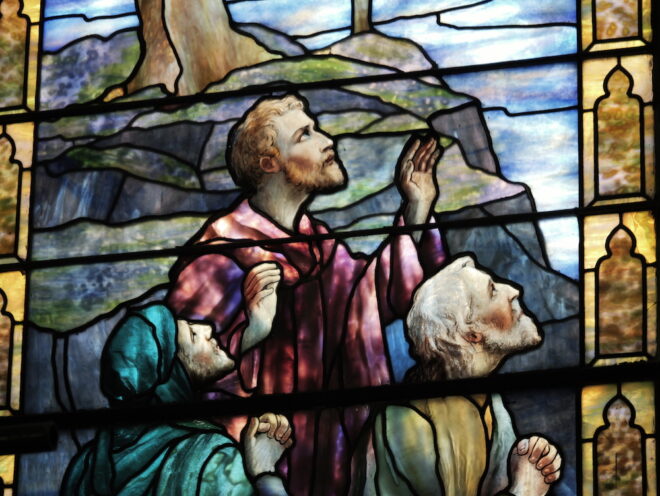 Cedar Park is well known for its Victorian twins and rowhouses, which were attractive to potential homebuyers, not only because of the broad, tree-lined streets, but because the porch-fronted homes with bay windows, balconies, and the occasional turret. However, this influx of homeowners did not alter the church’s financial and structural challenges nor its shrinking membership. In 2000, united by the motto “All Means All,” concerned community members, including Kirk, founded Calvary Center for Culture and Community (CCCC). Its mission was to restore the building and redevelop it as a center for cultural and community activity.

In the early 2000s, Kirk, who grew up Methodist in Virginia, was aware that many Jewish residents of Cedar Park did not remain in the neighborhood due to the lack of synagogues. “Penn Hillel didn’t appeal to them. It is geared to students, not families with children,” he said. “I tried to get a synagogue to locate at 40th and Walnut Streets, but that didn’t happen. Then, a Reconstructionist rabbinical student was sent to us. We hosted an event and invited Jewish community members to attend. We expected 40 people, but 140 showed up.” 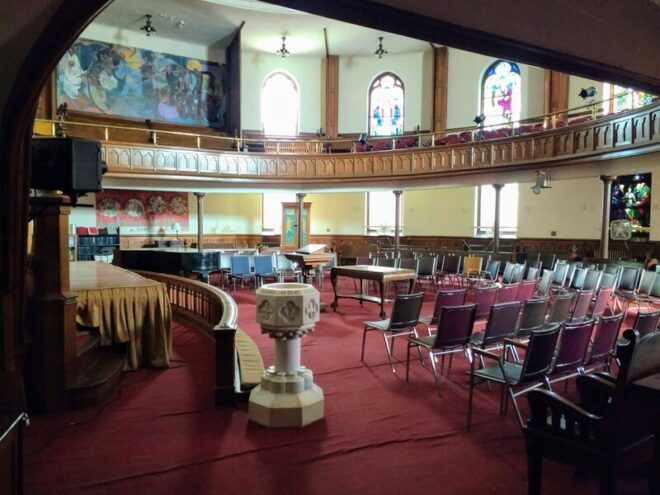 That synagogue, Kol Tzedek, is now the largest congregation in the building with 1,000 people attending High Holiday services. It is also the first synagogue established in the area in roughly 50 years. Reflecting the diversity of West Philadelphia, Kol Zedek welcomes African Americans, Latinx, Asians, Ashkenazi, Sephardi, Mizrahi, the LGBTQ community, and non-Jews.

Since 2000, CCCC has been instrumental in community fundraising and obtaining grants from the William Penn Foundation, the Fund for Sacred Places, and other sources. This has enabled the church to install an elevator to comply with ADA requirements, repair a Tiffany window, and install a new heating and cooling system. “We raised over $2 million since 2000, but we still need another $1 million to get back in good shape,” said Kirk. “We need to reinforce the foundation so water doesn’t seep in, replace the sky lights, and integrate the old parsonage so we can expand our functionality.”