Network to Preserve African American Burial Grounds in the Works 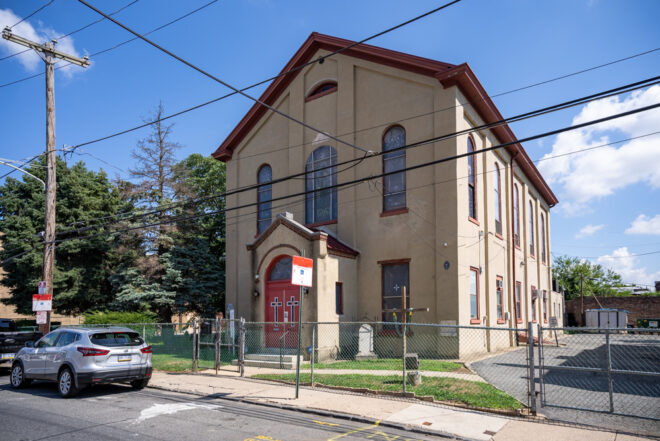 Campbell AME Church at 1651 Kinsey Street in Frankford was added to the Philadelphia Register of Historic Places in 1982. Its historic African American burial ground was added to the local register in February 2022. | Photo: Michael Bixler

The pilot program will provide technical assistance, small grants, and training to cemetery stewards who manage these sites, sometimes on an ad-hoc basis. “Often they’re tended to by churches, Scout troops, or municipalities, working hard to maintain the sites,” noted Steven Burg, professor of history at Shippensburg University, and a member of the all-volunteer PA Hallowed Grounds (PAHG). “We’re taking a collaborative approach. Talking with groups and learning what they need.”

Formed almost 10 years ago, PAHG “emerged out of an effort to identify and preserve the burial grounds of the Colored Troops, on the anniversary of the Civil War, to tell the story of the men who had served in the Colored Troops,” explained Burg. According to Preservation Pennsylvania, troops in Pennsylvania numbered 8,612 and was the largest African American soldier count from any northern state. 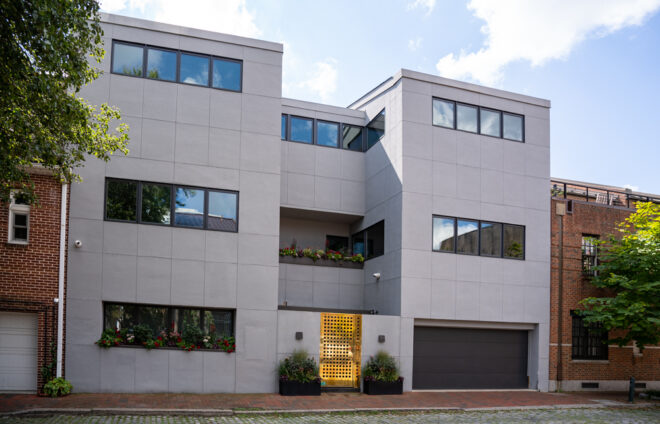 The residential development at 612-18 Addison Street was built on top of the former site of First African Baptist Church and its burial ground. | Photo: Michael Bixler

“Over the decade we’ve expanded our focus to document and preserve African American cemeteries in general. It was often difficult to find where they were buried. We discovered some sites that were destroyed, others in disrepair,” Burg said. “We’ve identified about 130, with about 113 still in existence.

Philadelphia is home to the full range of these sites, from those still existing and accessible to many that have been moved or built over. Several early African American church burial grounds were relocated, such as Mother Bethel AME Church and Wesley AME Zion Church, or partially relocated, as archaeologists will add. Others have had residential developments built over them, including Union African Baptist Church at 612-18 Addison Street, another site at North 5th Street near Fairmount Avenue, and “Little Wesley” Wesley AME Church at 517-19 South Randolph Street. Others succumbed to highway construction like First African Baptist Church that was partially relocated in 1990 from Vine Street between 10th and 11th Streets to make way for the Vine Street Expressway.

The African Friends to Harmony burial ground 41st and Chestnut Streets in West Philadelphia was added to the Philadelphia Register of Historic Places in 2018 even though it rests partially under Solo on Chestnut, a block of luxury apartments. 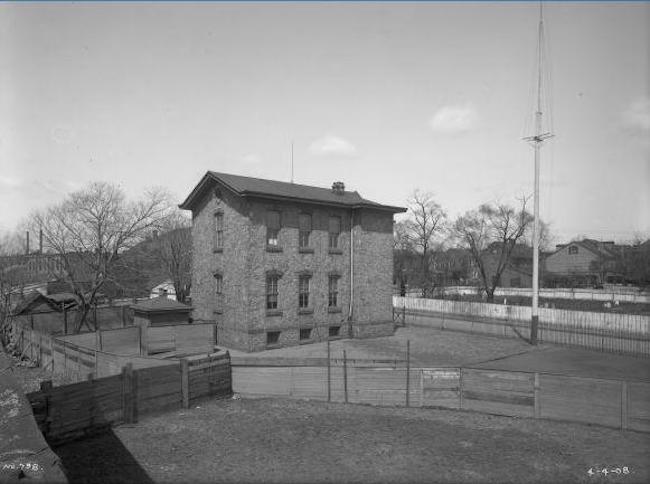 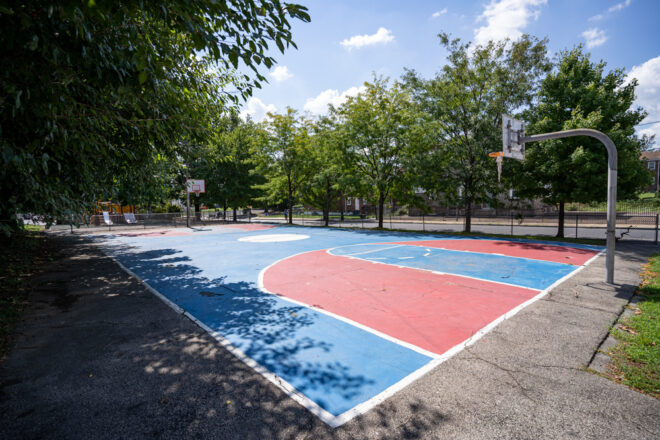 Above: This photograph from 1908 shows Frankford Public Cemetery at 1801 Meadow Street behind a fence in the foreground. Below: Wilmot Park Playground. | Photos: PhillyHistory.org and Michael Bixler

Another site that has been built on is the Frankford Public Cemetery, also known as the Free Burying Ground of Frankford, which now lies under the Wilmot Park Playground and an auxiliary building of the Second Baptist Church of Frankford that houses their J.C. King Community Development Center’s social service programs. In his 2021 nomination of the burying ground to the Philadelphia Register, Joseph Menkevich noted that “Records to verify any removal or disinterment of human remains have not yet been found.”

The burial grounds that remain intact and accessible vary widely in their current states. The most well-kept include the Philadelphia National Cemetery at Haines Street and Limekiln Pike. The military cemetery is maintained by the Veterans Administration and is one of the original 14 such cemeteries established in 1862 for the burial of Civil War soldiers. While not dedicated exclusively to African Americans, it includes the graves of 66 Buffalo Soldiers and that of Medal of Honor recipient Alphonse Girandy who served in the Navy from the Spanish-American War through World War I.

There are lesser known, but well-maintained and protected private sites like the Campbell AME Church and burial ground at 1651 Kinsey Street in Frankford. The church was placed on the Philadelphia Register in 1982. Earlier this year, the burial ground joined the church with its own historic designation. 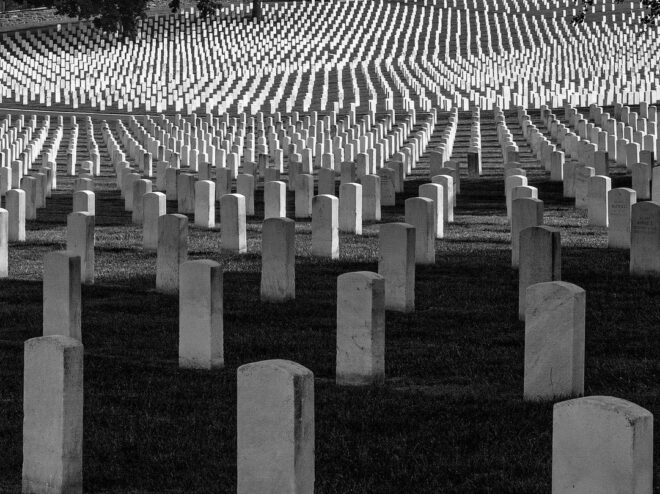 Although it has not been built upon, another burial site that remains hidden is the Byberry African American Cemetery, established in 1780 as a cemetery for free Blacks and former slaves by the Byberry Quaker Meeting. Records indicate the parcel was sold to the City in 1980, but maps currently place the burial ground within the boundaries along its eastern edge of Benjamin Rush State Park. It is currently an overgrown site that doesn’t have any markers and doesn’t appear on the park’s map, yet the burial ground was added to the Philadelphia Register in 2015. Not knowing the cemetery’s precise boundaries, the General Services Administration conducted an archaeological survey in 1993 when it planned to build a records warehouse for the National Archives nearby on Townsend Road. It concluded the site was somewhat larger than previously thought.

Byberry Township was settled in 1684 and was the most rural of the townships in Philadelphia County before the 1854 consolidation of Philadelphia City and County. Burg expects to learn of more rural and small town cemeteries like Byberry. “Pennsylvania was the first state to abolish slavery, and this prompted a northern migration of many rural African Americans, where many settled in small communities,” he explained. “Often, the cemetery is the only remaining vestige of those communities.”

For his part, Burg is sure all kinds of sites will continue to be found. “We’ve been holding meetings around the state plus our annual meeting. A lot of grassroots outreach,” he said. “Almost every month someone reaches out who’s been tending to a site we didn’t know about. It’s so important for telling the history of African Americans.”