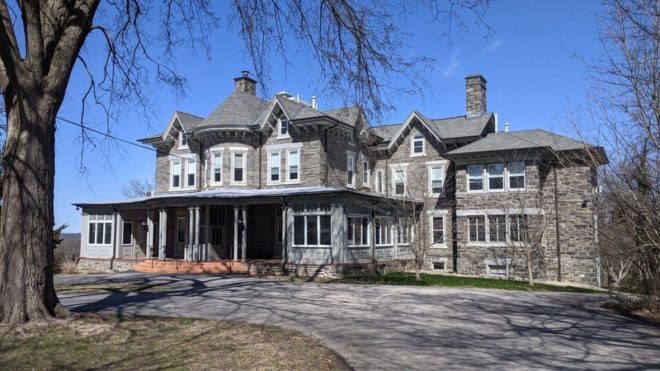 St. Michael’s Hall in Chestnut Hill narrowly escaped the wrecking ball  in 2020 when a residential redevelopment proposal was floated by a prospective buyer. It was saved by Woodmere Art Museum and plans are underway to reuse the old mansion and estate for gallery and educational space. | Photo courtesy of Woodmere Art Museum

Whenever an architecturally significant building goes on the market in Philadelphia nerves get rattled. No one wants hard hats, bulldozers, and hasty development to take the place of a community treasure. Yet, without a historic preservation designation, anything can happen.

That was the case when St. Michael’s Hall at 9001 Germantown Avenue was listed for sale. The mid-19th century Chestnut Hill property had passed through the hands of three wealthy industrialists before being purchased by the Sisters of St. Joseph in 1927. For 93 years it was used as a school and later as a residence for nuns. While no architect has been attributed to the original building that was completed in 1857, the two Italianate wings, designed by architecture firm Cope & Stewardson, were added in 1899.

When St. Michael’s went up for sale in 2020, the 17,000-square-foot building on four acres caught the eye of a developer–not for renovation, but for demolition. In its place was a proposal to build 23 densely-packed homes.

St. Michael’s Hall when it was the home of J.M. Geary. Date unknown. | Photo courtesy of the Chestnut Hill Conservancy

Hoping to ward off the destruction of the historic property, Lori Salganicoff, executive director of the Chestnut Hill Conservancy, began working the phones. She reached out to several prospective preservation-mined developers. When none of those worked out, she turned to Woodmere Art Museum (WAM) at 9201 Germantown Avenue, just two properties away from St. Michael’s.

For William Valerio, director and CEO of WAM, this was the answer to a decades-old problem. “I never would’ve thought it feasible to have the quantity of gallery space that we need to show our collection of 8,000 works of art,” he said. “People don’t know we have one of the great collections of American art because most of it is in a storage facility. This represents an absolute game changer for the institution.”

WAM and St. Michael’s share a common thread. Both were built in the mid-19th century in the Gothic Revival and Italianate styles as private homes just 72 steps from each other. Both served as residences for collectors of fine art. Built in 1860, WAM became the home of Charles Knox Smith in 1898. Smith, a rags-to-riches entrepreneur who rose from working in a Kensington grocery to owning an oil brokerage and gold and silver mines, was a passionate collector of 19th century American art. He hired architect George Howe to build dramatic galleries in his mansion to display his collection. Smith opened his doors to the public in 1910, and when he died six years later he gifted his mansion, the six acre estate, and his art collection to WAM. 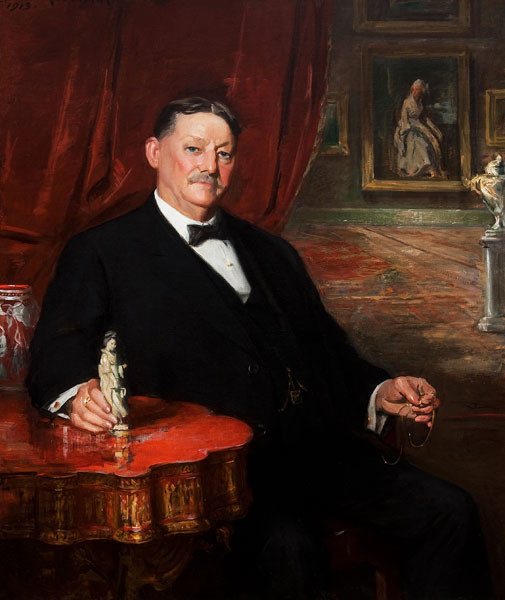 Meanwhile, the first owner of St. Michael’s, William Henry Trotter, commissioned acclaimed artist Thomas Sully to paint a portrait of his wife, which was recently acquired by the museum. In 1884, a subsequent owner, Alfred Craven Harrison, also had an eye for art. Known as Philadelphia’s “Sugar Refinery King,” Harrison was on board of trustees of the Pennsylvania Academy of Fine Art. In retrospect, becoming an extension of WAM is, in many ways, returning St. Michael’s to its originally glory.

The plan calls for St. Michael’s to be the new home of the Frances M. Maguire Hall for Art and Education in honor of Maguire who was an artist, philanthropist and on the Board of Trustees of WAM. The restoration of the building was made possible by a $10 million gift from the Maguire Foundation, in addition to fundraising another $7 million.

The new building will display 20th and 21st century art, including the American Impressionism of Violet Oakley and Arthur B Carles. It will include a Children’s Education Center, an auditorium, a lecture hall, and a cafe. 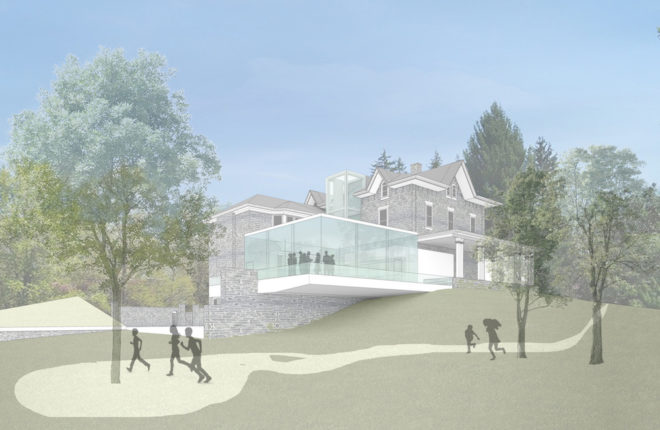 Architect Matthew Baird, who grew up in Chestnut Hill and has offices in New York City and Mount Desert Island, Maine, has been working with WAM on their master plan for over 10 years. “I came to Philadelphia last summer and was immediately struck by this brilliant, potential acquisition,” said Baird. “This was a great vision of Woodmere’s to convert the property to museum use, preserving green space and architectural history in the community. The Sisters of St. Joseph took impeccable care of the house. They never made any major changes. Everything is intact. All the original woodwork, stonework and beautiful floors,” he explained.

Given the pristine state of St. Michael’s interior, its conversion to gallery space will be seamless. With a nod to the unique gallery arrangement at the Barnes Foundation, paintings will be hung floor to ceiling for maximum impact.

The building’s exterior walls require restoration and insulation. To protect the art, special heating, cooling, and humidification systems will be installed. In addition to restoring existing porches, Baird has designed what the plan calls the Glass Box Café that will extend the floor of the old dining room in such a way that draws the visitor into the surrounding landscape. “It’s a new addition distinct from the historic masonry structure with floor to ceiling glass that creates an inviting environment.” Baird, who is working with local architect Kreiger and Associates, has also proposed a separate, mostly below-grade auditorium building with a green roof.  ”We didn’t want to compete with the existing building and wanted something that was more of a sculpted landscape element with top light and a raked floor,” he said. 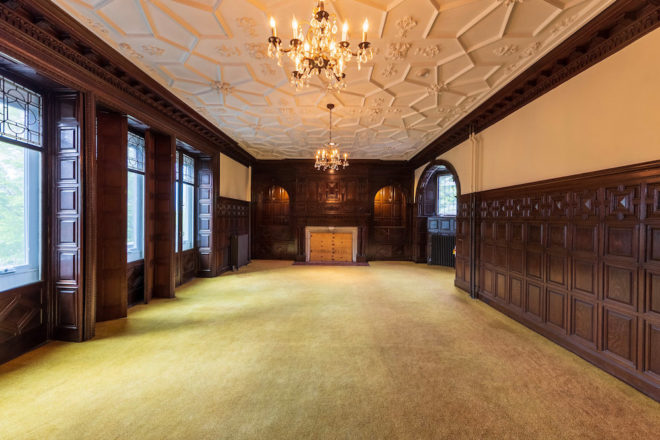 A recent photograph of the interior of St. Michael’s shows how well-preserved the inside is. | Photo courtesy of Woodmere Art Museum

Andropogon Associates, Ltd. a landscape and ecological design firm, is creating the grounds, including the auditorium’s green roof and parking “pods,” rather than an asphalt parking lot. There will also be an outdoor courtyard to be used as an educational space for children and a new path that leads from WAM directly to the new galleries.

“The purchase of Saint Michael’s is an act of community preservation that protects the precious asset of open green space in Chestnut Hill, sustains the local ecosystem of the Wissahickon watershed, and preserves one of Philadelphia’s great historic homes,” said Valerio. Renovations will begin in early 2023 and is scheduled to be completed by 2024.