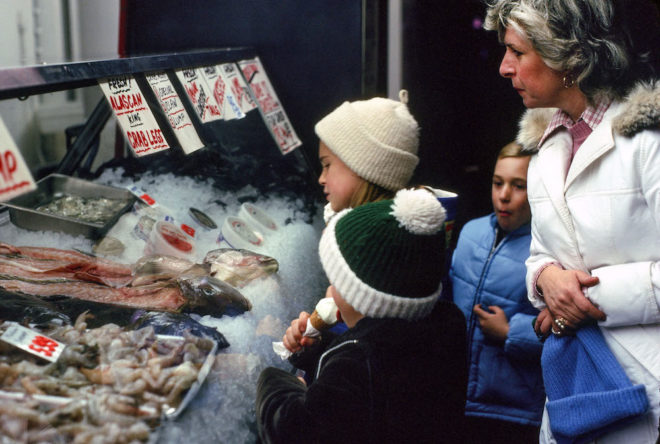 A mother and her children at Reading Terminal Market in the early 1980s. | Photo: Jay Levy

During the fall and winter of 1980-81 I worked for a small film production company on the Bucks County side of County Line Road. On occasion, when we needed a fast turnaround on film processing, I was dispatched early in the morning to NFL Films Lab at 13th and Florist Streets where I would drop off our reels and hang out in the city until they were ready to be picked up around mid-afternoon.

I had plenty of time, and there were many things to do. Love Park was a great place to spend some time. I especially liked to watch the local grandmasters of lightning chess play high-stakes matches in the shadow of William Penn, the city’s founder. Just wandering the streets was always interesting if the weather was good. If not, there where lots of indoors attractions.

Wanamaker’s was still a stylish department store. The famous organ was played daily and could be heard while having lunch in the Terrace Court. At Christmastime, the light show dazzled the crowds in the Grand Court, and upstairs the monorail train still circumnavigated the toy department. I bought my all-time favorite pants there while skipping school as a senior in 1967–wide wale corduroys in what the label stated were “tobacco green.” I was glad to be back to wander through the sprawling men’s department window shopping the latest stuff.

Strawbridge’s, in their original building at 8th and Market, was also on my list, but Gimbels had moved into The Gallery which I, being a Center City traditionalist, avoided. Malls were for the suburbs. A few blocks away on Chestnut Street I could browse in Sam Goody or I. Goldberg Army & Navy with the other bargain hunters.

Photo negative sequence of the Reading Terminal train shed during the winter of 1980-81. | Photo: Jay Levy

The train shed at Reading Terminal Station was a wonder of engineering, function, and light, and the sound of movement, both mechanical and human, was incredible. If it wasn’t raining I enjoyed sitting on the benches to watch the people and the trains. As a kid, this space had been my gateway to the city coming down on the West Trenton Local to see a big movie at the Fox or the Stanton. SEPTA had not yet opened what is now Jefferson Station, so commuters still arrived and departed at Reading Terminal.

At the time the market underneath the station was having somewhat of a renaissance. The first Amish shops had just opened, and many of the historic tenants like Harry Och’s Butchers and Godshall’s Poultry were still thriving businesses. As The Original Turkey and Down Home Diner had not yet arrived, the clear choice for a good meal was Pearl’s Oyster Bar. I ate lunch there most days that I waited to pick up our film. Invariably, I had fried oysters with chicken salad, after which I went shopping in the market for that night’s dinner before heading back over to NFL.

I made these images over that fall and winter as I shopped for dinner at Reading Terminal Market. For most of the vendors it was a bit of a novelty being asked to be photographed. I can’t remember any one of them turning down my requests. My subjects and I all had a good time with the process, which was always quick because they were busy. The photos were taken with a Pentax Spotmatic using Kodachrome film.

I had the opportunity recently to return to the market after a long absence. I was quite pleased to see that, although the chicken salad was no longer on the menu, the fried oysters at Pearl’s were as fine as I remembered them.

Reading Terminal Market during the fall and winter of 1980-81. Photographs by Jay Levy. 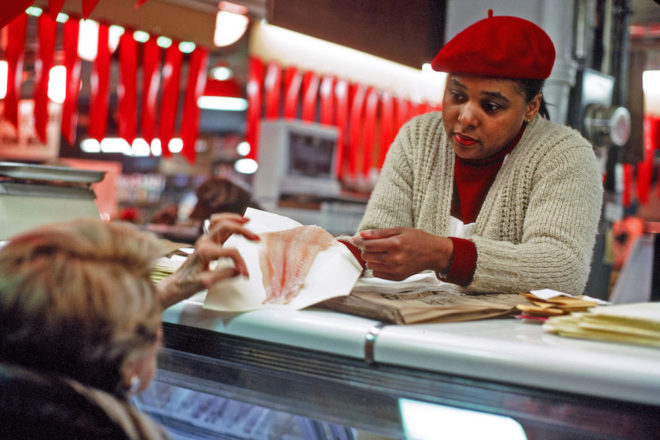 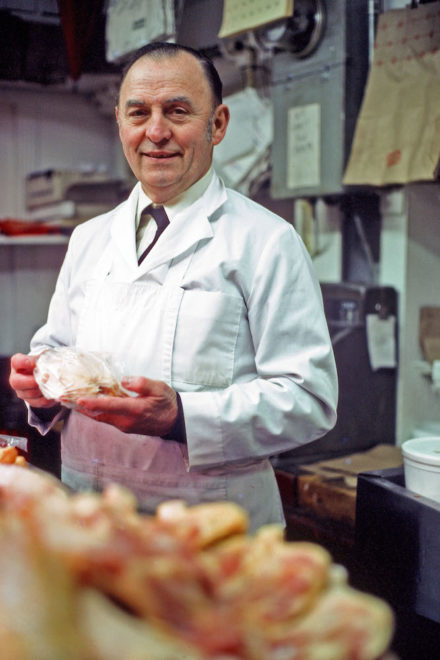 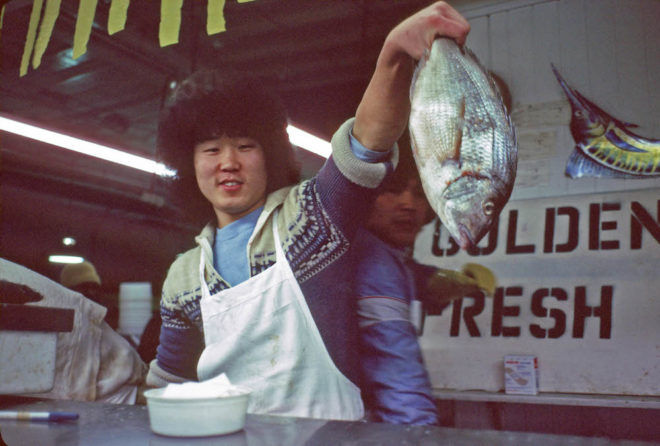 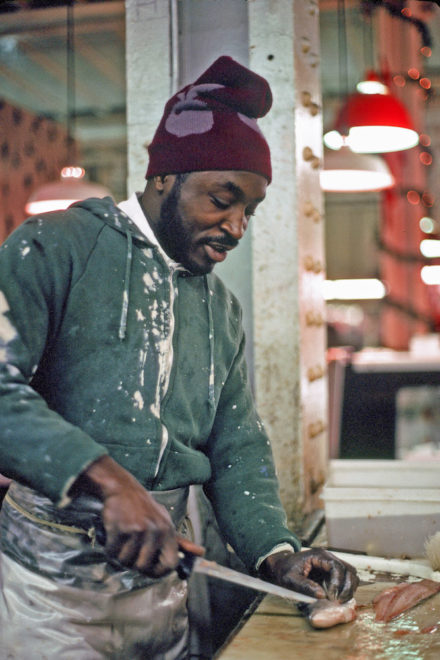 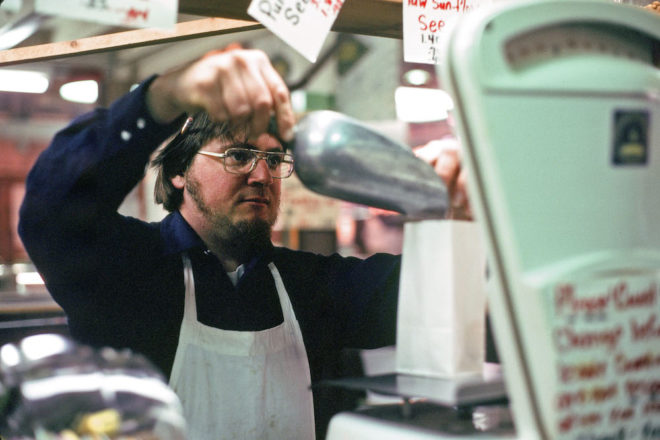 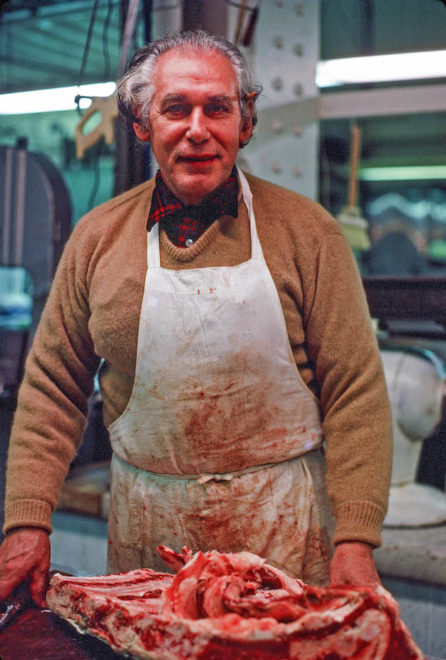 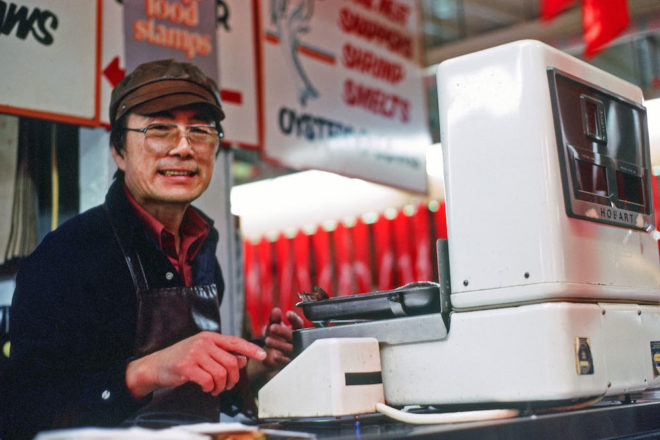 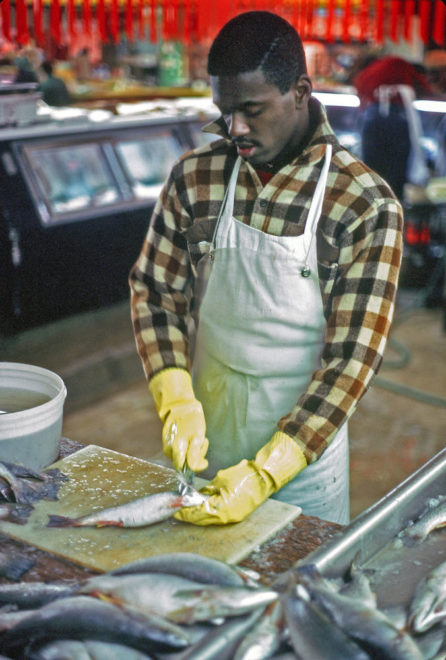 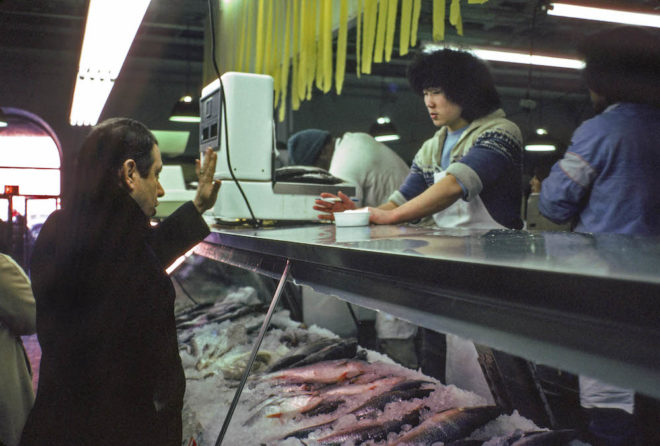 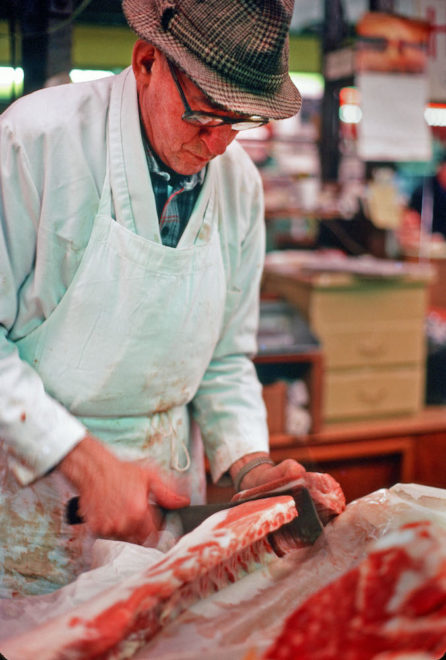 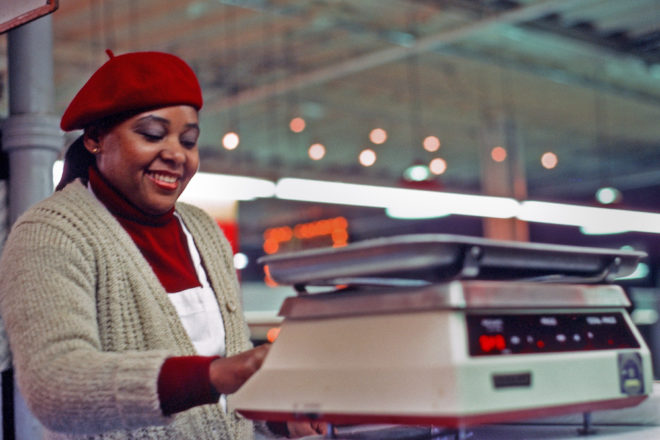 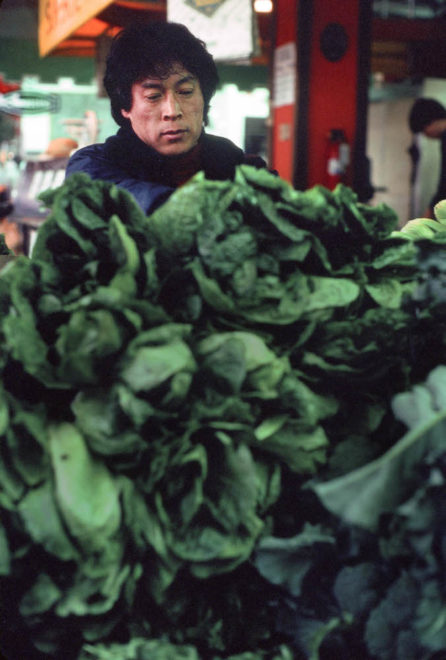 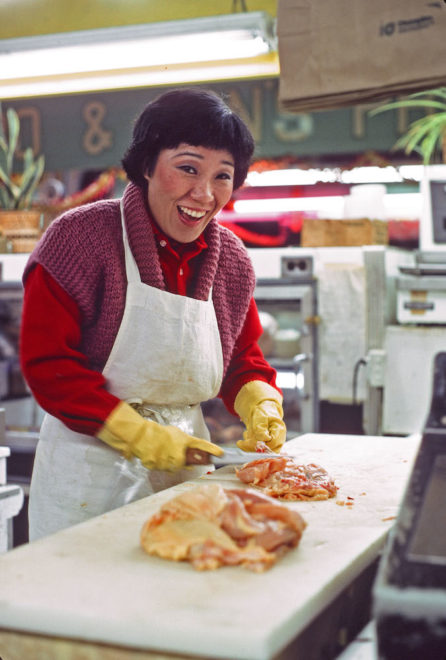 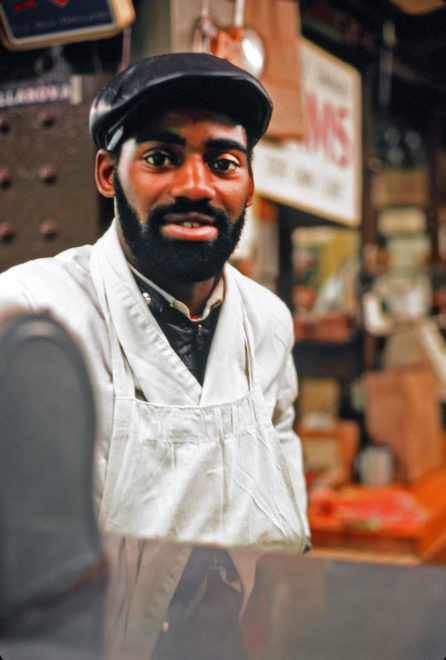 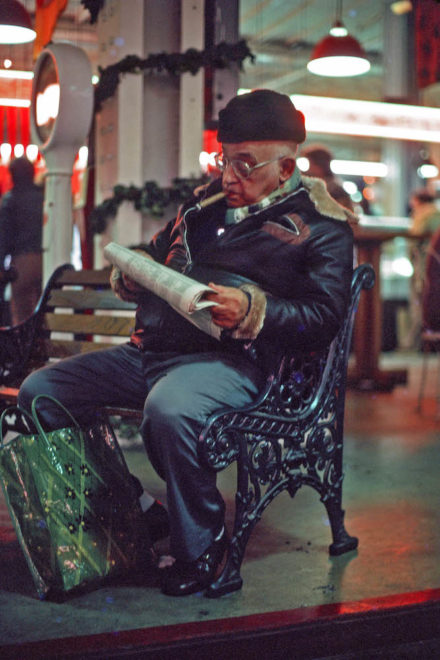 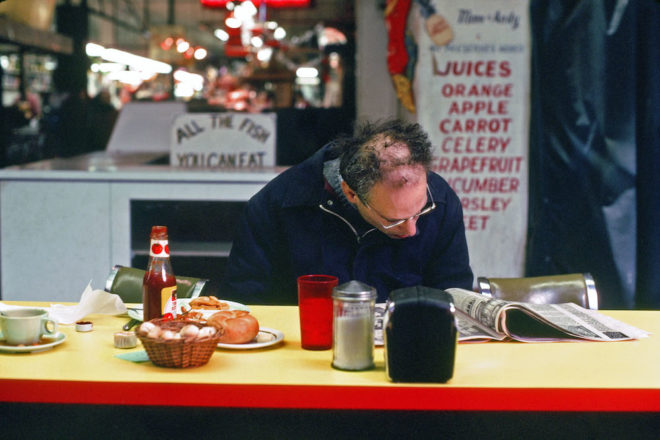 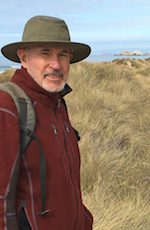 Jay Levy grew up in Feasterville and studied photography and film making at Bucks County Community College. He now lives and photographs in the San Francisco Bay Area.