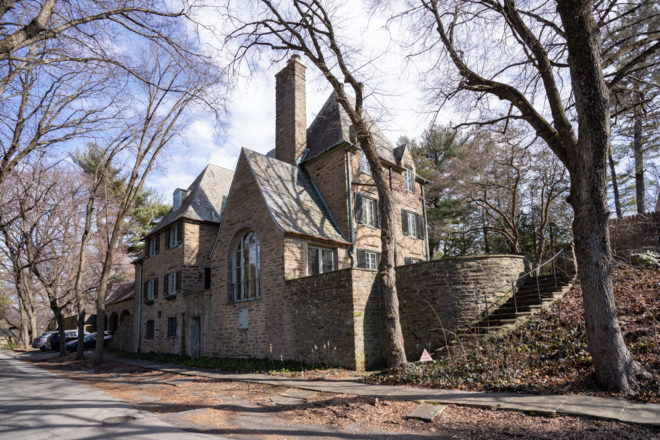 The grand entrance to the French Village at Elbow Lance and McCallum Street. | Photo: Michael Bixler

When developer George S. Woodward commissioned Philadelphia’s leading architects to design a French Village in the late 1920s, he had a specific tenant in mind. Woodward wanted to lure the wealthy elite from their inner city mansions to escape the same “undesirables” that had inspired his father-in-law Henry Houston to create Wissahickon Heights, now known as Chestnut Hill.

Houston began to develop Northwest Philadelphia in the 1800s. He built everything needed to make fellow industrialists feel at home in Chestnut Hill: an Episcopal church, a hotel (now Chestnut Hill Academy), a cricket club, and large formidable homes of Wissahickon schist. More importantly, he helped bring the Philadelphia, Germantown and Chestnut Hill Railroad  to their front door, creating an easy commute to and from the city.

Houston was one of the largest landowner in Philadelphia in the 1880s, and his home was his castle. Literally. The 30-room Druim Moir Castle on the corner of Willow Grove Avenue and Cherokee Street was designed by the Hewitt brothers in 1885. Today, it has been subdivided into million-dollar homes. Woodward, having married into this Gilded Age family, wanted to build and expand upon Houston’s real estate success. 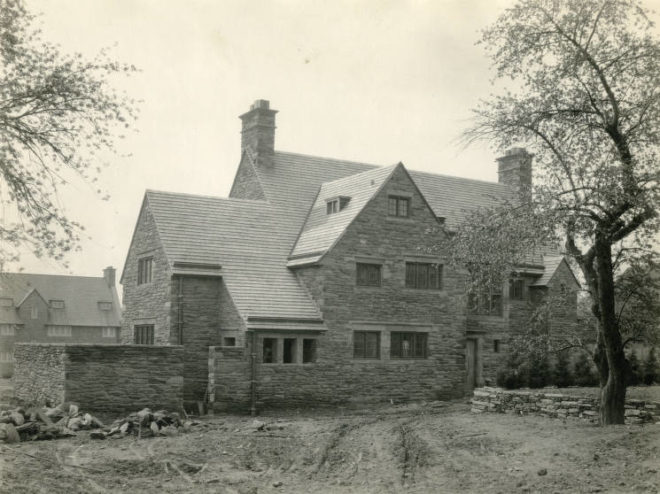 A home in the French Village under construction in the early 1920s.| Image courtesy of Temple University Libraries, Special Collections Research Center

Woodward carved the land for his French Village out of the remaining Houston estate which bordered what is now West Mount Airy. The major departure from homes commissioned by Houston was that Woodward sought to replicate the French Normandy style popular with some American designers at the time. The result is a rural village within Philadelphia’s city limits, hidden behind homes built at a later date along McCallum Street and Allens Lane.

Woodward’s tenants for the village were the crème de la crème. Bankers, surgeons, and fellow industrialists. Homes were not sold, they were leased. One of the more prominent residents of the French Village over the years was former Philadelphia Mayor Richardson Dilworth.

The French Village is comprised of 24 homes designed between 1924 and 1929 by architects Robert R. McGoodwin, Edmund Gilchrist, and Willings, Sims & Talbutt. The homes reflect European Revival architecture with ideas from the Arts & Crafts Movement. Inspired by medieval farmsteads and manors of the Normandy countryside, these charming homes are difficult, if not impossible, to see from the main roads, which was implicit in their design and landscaping. The only obvious indication of their existence is the presence of an alluring gate house at the corner of Emlen Street and Allens Lane. 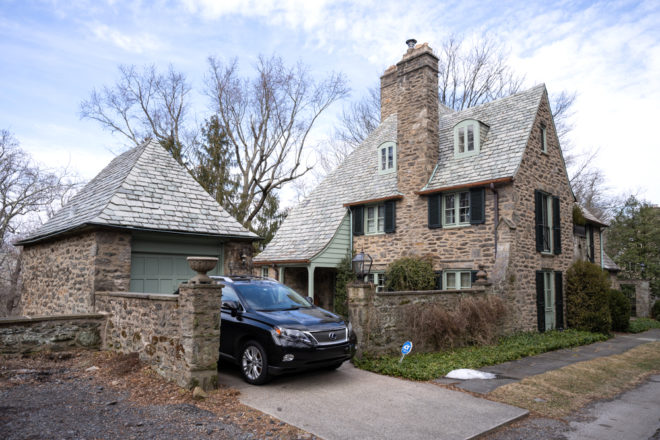 Homes within the village are incredibly intact and lovingly cared for. | Photo: Michael Bixler

If you have been putting off travel due to the pandemic, pick up a crusty baguette and spend a morning sauntering through this extraordinary little  enclave. You will not be disappointed. Walk down the aptly named Elbow Lane, just off McCallum Street, or Gate Lane off of Allens Lane, and you will be transported to Normandy without having to be screened by a TSA agent. If you don’t drive, hop on the R8 Chestnut Hill Local to the Allens Lane Station. From there, it is a short walk and well worth it. In spite of the neighborhood’s exclusivity and affluence, the only roads that provide access to the homes are some of the most pothole-filed and damaged in Philadelphia County. Drive too fast and you will blow a tire. According to locals, residents there have purposely allowed the asphalt to degrade to stave off through traffic.

Once you enter the French Village, you will see round and octagonal turrets peaking over tree tops. Steeply sloped gable roofs with multiple soaring chimneys indicate up to four working fireplaces per house. The neighborhood includes three types of houses: villas or chateaus, cottages, and gate houses. Each home has its own identity, but most share specific characteristics, including octagonal and circular stair-towers, hipped roofs with overhanging eaves, and dormers. Fanciful weather vanes, decorative stone carving, wrought iron balconies, six gas street lamps, an abundance of French-inspired doors and plateaued gardens make this one of the most romantic planned communities in the region.

Woodward’s original plan for the French Village was represented in a model which is currently being stored at George Woodward Company, a property management company he established in 1921 in Chestnut Hill. Unfortunately, the model is no longer on public view. Today, the Woodward Company is dedicated to sustainability. It recently retained Re-Vision Architecture and Gardner/Fox Associates to plan and construct four new homes, the first twin houses built in Pennsylvania to be certified as a Platinum-rated LEED home.

In November 2021, the Philadelphia Historical Commission voted unanimously in favor of placing the French Village Historic District on the local register of historic places. The nomination, prepared by Jenna Farah and Libbie Hawes, was submitted in 2009. 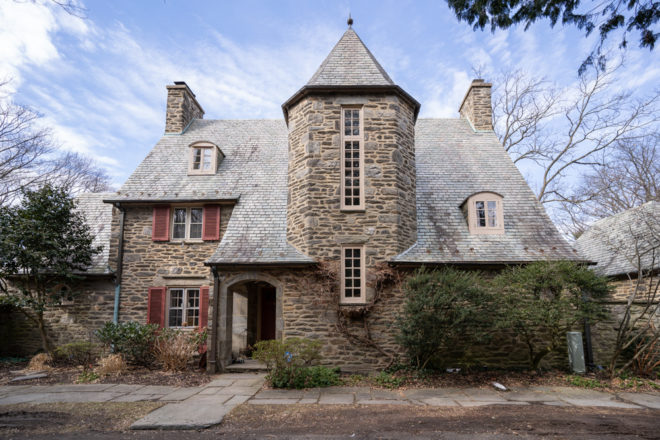 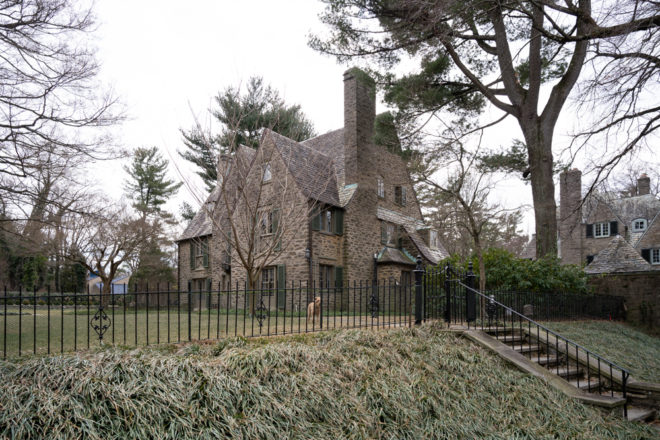 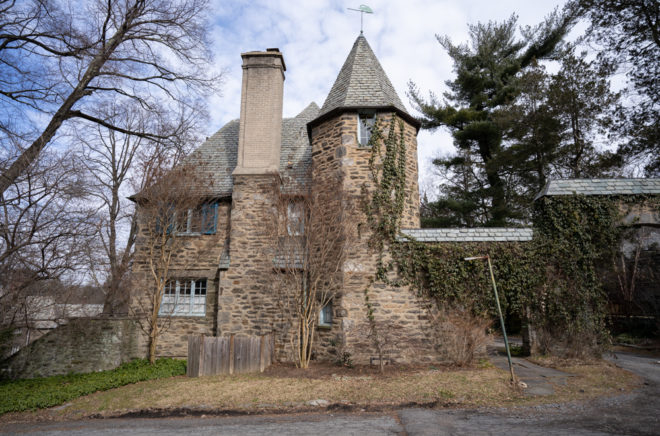 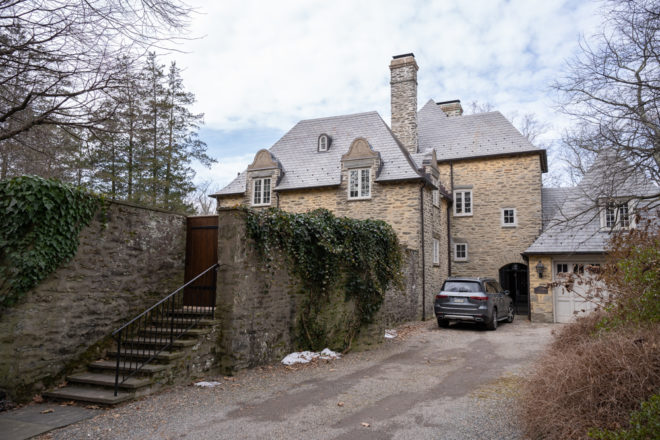 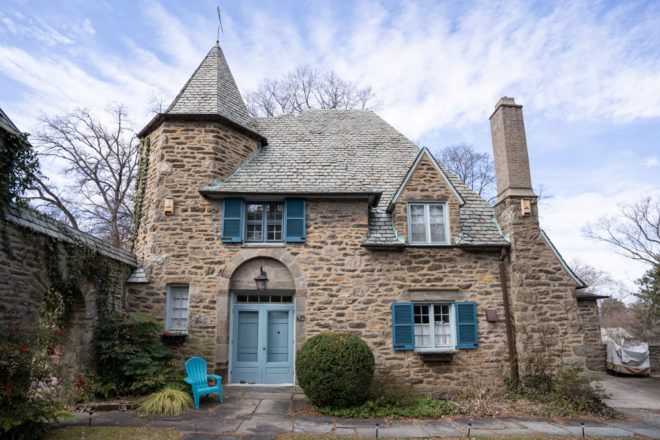 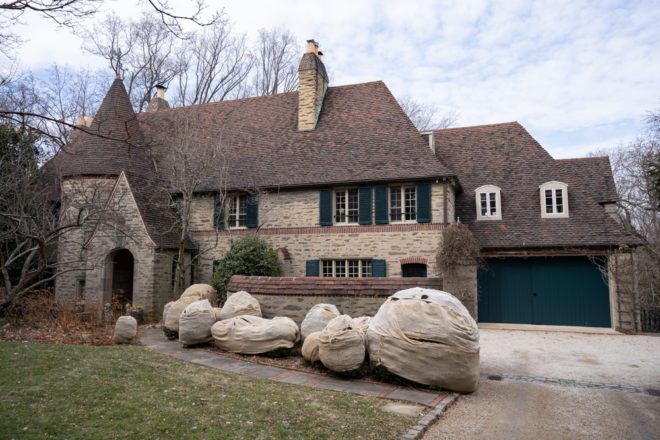 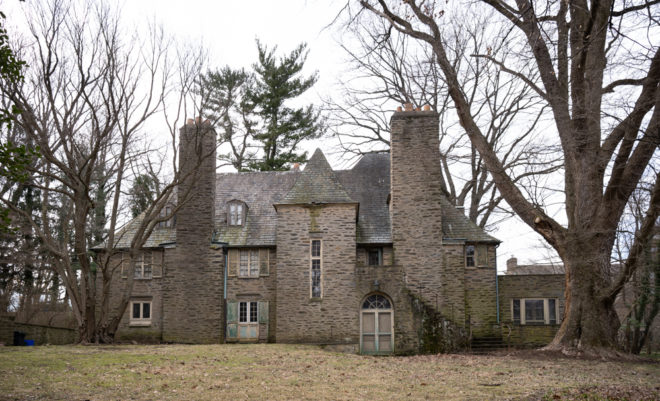 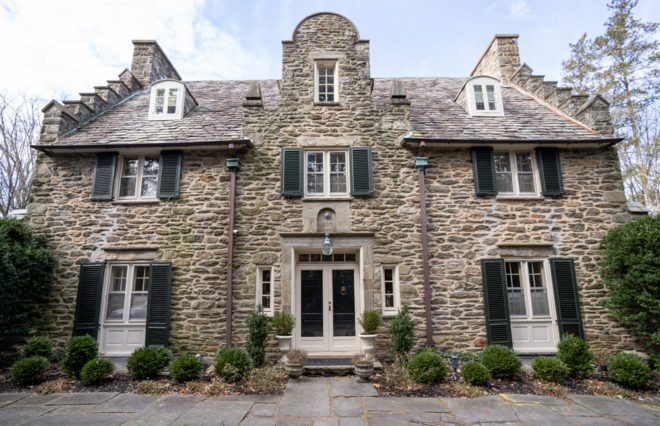 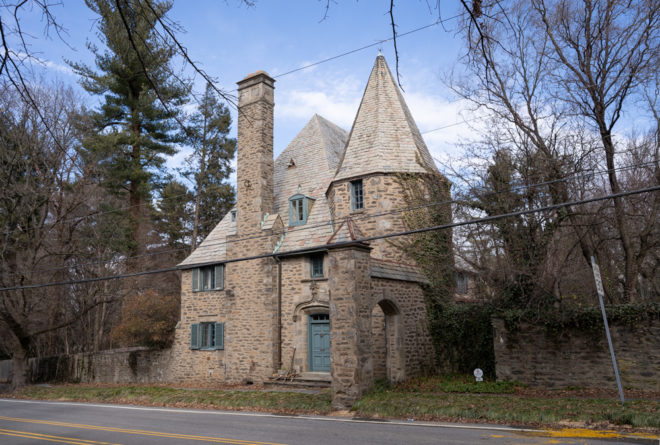 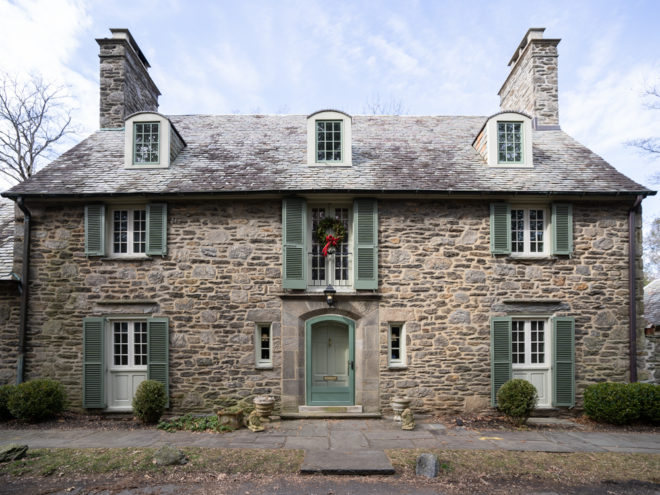 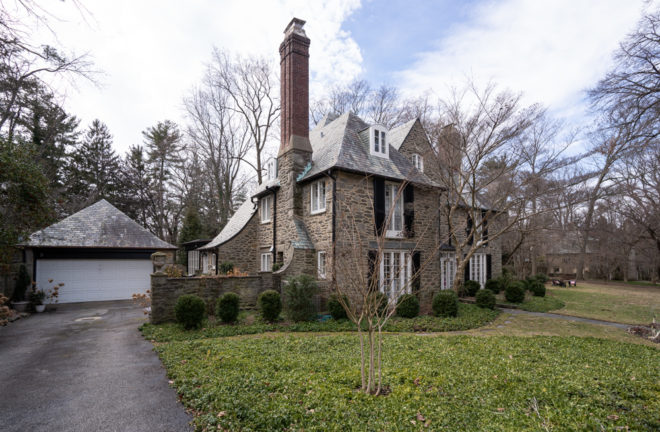 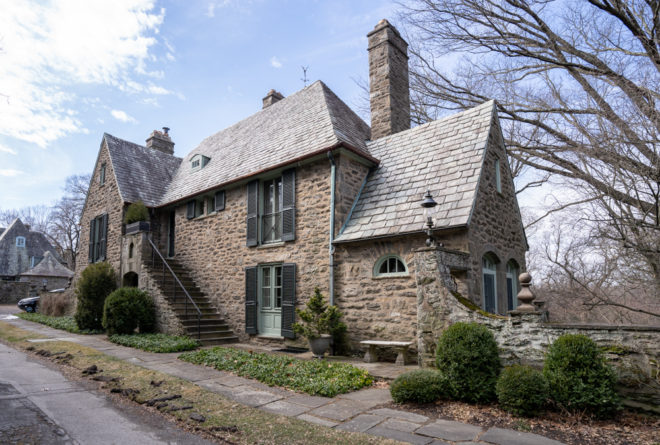 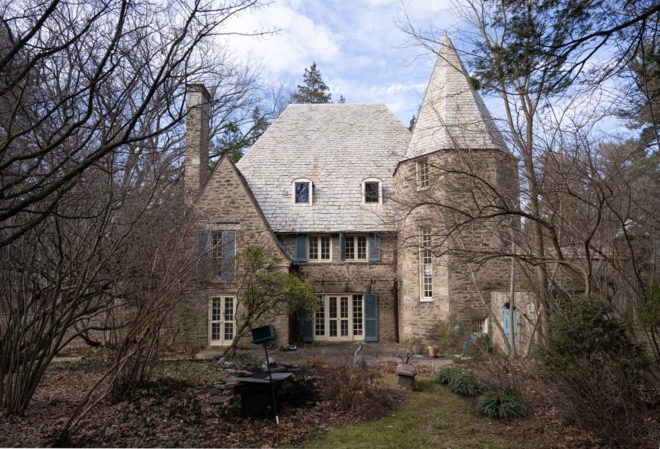