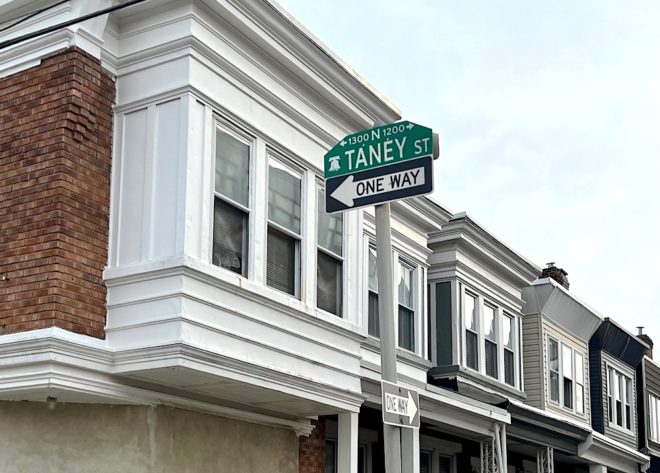 “To know why a particular stretch of land was called thus-and-such is to know something about life–and society–at a particular moment in history,” declared Robert I. Alotta, the historian who published two books on the origins of Philadelphia street names. Challenging for Alotta and troubling for all Philadelphia historians, one single ordinance, “To change the names of certain Streets, Lanes, Courts Alleys, Soc., in the City of Philadelphia,” introduced a whopping 971 street name changes without much explanation or fanfare in 1858. Out of all of those changes, one street name change particularly vexes us today. On page 294 of the Bicking & Guilbert’s city ordinance book it was ordained and announced that Minor Street, north of Coates Street near Fairmount Street (now Avenue), was “hereafter to be called Taney Street,” named after one of the Supreme Court’s most notorious white supremacists. We believe this offensive street name should be changed.

Thanks to the voices of hundreds of Philadelphians, today we have an opportunity to choose a new name for Taney Street that better represents our city and the American belief that all men are created equal–the foundational premise that Justice Roger Brooke Taney rejected. Over the past two years, volunteers of the Rename Taney Coalition went door-to-door from North to South Taney Street polling its residents and engaging the rest of the city through email, social media, and earned media. Ultimately, hundreds of residents participated in a democratic process that voted in favor of renaming the street after Caroline LeCount. It would be a small, but significant step to remove Taney’s name and to replace it with a far more admirable figure of Philadelphia’s history.

Caroline LeCount was born around 1846 in South Philadelphia to Sarah and James LeCount, a carpenter and a conductor on the Underground Railroad who used to hide fugitive slaves in the coffins he made. Caroline attended Philadelphia’s Institute for Colored Youth, which was the genesis of Cheyney University, the oldest institution of higher learning for African Americans.  After graduating in 1863, she became a teacher at Ohio Street School (later the Octavius V. Catto School) on the 2000 block of Lombard Street, educating the city’s young Black population. In addition to working to improve the lives of her students, Caroline LeCount labored as a civil rights activist. She was a gifted orator and supported the Union during the Civil War as an officer in the Ladies’ Union Association. LeCount is best known for her work trying to desegregate the Philadelphia streetcar system when she confronted a conductor who refused to stop for Black riders, making her Philadelphia’s equivalent of Alabama’s Rosa Parks. Tragedy struck in LeCount’s personal life when her fiancé, the famed Black activist Octavius V. Catto, was assassinated in 1871. Rising above her personal loss and social disadvantages, LeCount later became a school principal before retiring in 1911. Many in Philadelphia are not familiar with her name or extraordinary legacy.

In 1858, the City chose to honor Taney, then the fifth chief justice of the Supreme Court of the United States. Prior to having a street in Philadelphia named after him, Taney received eponymous honorifics across the country including a Coast Guard revenue cutter, launched in 1833, and a Missouri county in 1837. Taney was born in Maryland 1777 into wealth on a tobacco farm. He became one of the state’s most prominent attorneys before being elected to the Senate in 1812. Taney was a staunch supporter of white supremacy and detested abolitionists. He never lived in Philadelphia. In his most infamous opinion, the Dred Scott v. Sandford case, Taney sought to cool political tensions by ruling that no non-white person could be a citizen of the United States. At the same time that Philadelphia named a street after Taney, newspapers, speeches, and, most famously, the Lincoln-Douglas debates, referenced Taney by name and deed. Those Illinois debates were printed in newspapers across the country, and senatorial candidate Abraham Lincoln used the opportunity to emphasize the terrifying reality of Taney’s decision. Lincoln argued that Taney had come to a haunting conclusion in his attempt to unite the country as not “half free and half slave.” He effectively ruled that the whole country would be a slave holding republic from coast to coast, regardless of the Compromises of 1820 and 1850. Lincoln feared that free states such as Illinois and Pennsylvania would be powerless to stop the spread of slavery into the state’s borders because of Taney’s ruling. Ultimately, Lincoln’s alarm roused many Philadelphians to join the anti-slavery cause of the Civil War. 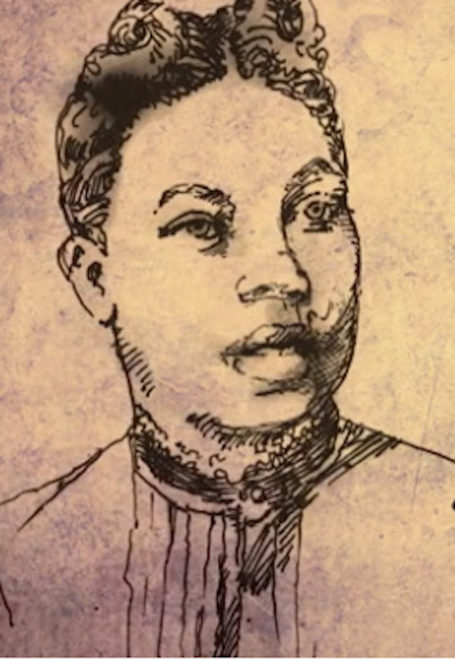 So why was Minor Street renamed Taney in 1858? There are two reasons. The first was a natural consequence of the City’s consolidation in 1854. The second was due to the fact that Philadelphia’s political elite agreed with Taney’s view on race.

Four years before Minor Street was renamed Taney Street, City leaders embarked on an audacious plan to unite the county in the hopes that Philadelphia would become the largest and best-run city in the United States. The patchwork and balkanized city administration was now to be organized and united under one municipal authority. Before the consolidation, new buildings were constructed and whole block were renumbered, creating a confusing and curious system of half numbers. In September 1856, Mayor Richard Vaux signed legislation which brought order to the street numbers and city grid. By October 1857, City Council’s Nomenclature Committee was working on consolidating street names as reported in The Public Ledger.

Researching the actions of the men who signed the ordinance–Common Council President Charles B. Trego, Select Council President G. M. Wharton, Mayor Alexander Henry and the Clerk H. G. Leisenring–we can easily observe their white supremacist leanings. For example, in December 1860, both Trego and Henry were part of an effort to concede to Southern secessionists, offering that they would “submit themselves obediently and cheerfully” to Taney’s Dred Scott decision. As the war waged on, Wharton antagonized Lincoln’s administration, primarily in disagreement with President Lincoln’s suspension of habeas corpus during a national emergency (as did Roger Taney in Ex Parte Merryman). Leisenring argued against emancipating slaves with the familiar, racist argument of the time. In Harrisburg he argued that freeing enslaved laborers would mean that “millions of ignorant black slaves, governed almost exclusively by their passions, are let loose to roam over this fair land of ours and drench it in blood.”  These were the words and beliefs of the Philadelphia men who honored Taney in 1858.

We believe that a large reason why racism persists in America is due to the extensive propagation of historical narratives and imagery that focuses primarily on white dominance at the expense of celebrating the stories of all Americans. We want to honor one of our city’s own heroines, a woman who walked through our city’s streets, educated our city’s ancestors, and who worked to unite, rather than divide us. To have a LeCount Street will be one way to commemorate the resilience, power, and beauty of the diverse peoples who live in Philadelphia. It would highlight one of the city’s lesser known daughters who is worthy of our remembrance and admiration.

Removing Taney’s name from our city’s map can help us to build a more equally representative future and would fulfill a democratic, collaborative project that has taken years of hard work.  Unlike the slapdash efforts of municipal government in 1858, our grassroots collective has consulted with residents who live on Taney Street and neighbors throughout the city. We should celebrate this occasion as a moment that positions one of Philadelphia’s unsung African American heroes in a fitting and proper place of honor. No longer would a person of color have to travel or live on a street named after the racist judge who ruled that only whites should be legal citizens in the United States. Indeed, every American and every Philadelphian would be able to hold their head up high with pride on LeCount Street.

Leo Vaccaro and Samaya Brown | Leo Vaccaro is an organizer with Rename Taney, a huge fan of Hidden City, and is a high school history teacher with a particular interest in 19th century American history and the history of Philadelphia. | Samaya Brown is a writer and advocate for social change. She works with DiversePro, a company that connects communities with diverse legal representation and volunteers extensively with community based non-profits including the Rename Taney Coalition. She was raised around the world (Army brat) before settling in Philadelphia six years ago and holds an MFA in Communications Management from Webster University as well as BAs in Communications and English from the University of Texas at San Antonio.