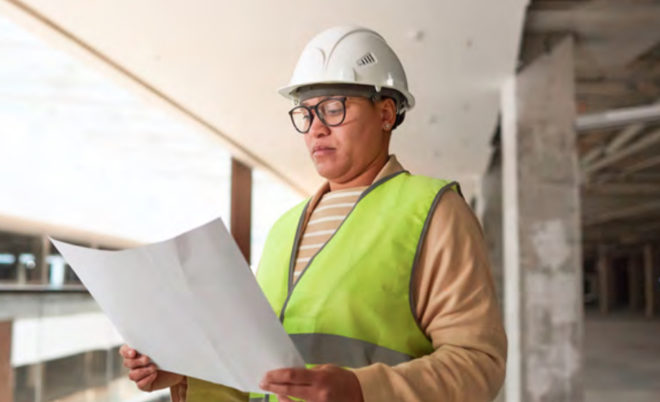 The mission of the Minority Developer Program is to help Black and Brown applicants to become versed in the process and procedures of real estate development. | Image courtesy of the Philadelphia Housing Development Corporation

The City of Philadelphia has initiated a program it believes will be a triple play success in three areas of concern: economic equity, affordable housing, and alleviating neighborhood blight.

This month a three year pilot phase of the Minority Developer Program (MDP) was launched by the Philadelphia Housing Development Corporation (PHDC), a unit of Philadelphia city government. Its mission is to “provide affordable housing and financial assistance for home repairs targeted to low income residents.”

The program aims to diversify the real estate development and construction industry in the city through education and mentoring. “The objective is not to change the standards, but to help them learn the process and compete successfully. The same rules apply,” explained Angel Rodriguez, PHDC’s senior vice president of Land Services and executive director of the Philadelphia Land Bank, which is under PHDC’s purview, although it has its own board of directors.

After receiving nearly 70 applications in August 2021, the PHDC selected an initial group of 16 to launch the first round. While the organization anticipates serving developers at various levels of capacity–from just starting out to established small to mid-size companies–the first round targeted businesses with some experience under their belt. “We’re starting with 16 who have the capacity and experience to take a project from proposal through completion,” noted Rodriguez. “In later rounds there will be different levels of service for different levels of participants’ experience.”

There are already programs in Philadelphia that aid minority developers, such as the Philadelphia Accelerator Fund and the Department of Commerce’s Office of Economic Opportunity, which has a citywide goal of 35 percent of all contracts going to minority, disabled, or women-owned businesses. While those programs focus on financing, what distinguishes the MDP is a start-to-finish approach to training. “A developer is like an executive producer,” said Rodriguez. “The skill sets needed are not just construction. They include finance, staff management. There’s a list of 100 skill sets needed.”

That range of training is what led Calvin Snowden, Jr., president of BDFS Group, Inc. to apply to the program. “I know construction, but I need to learn more about development,” he explained. “I want to understand the process of doing business with the City, the process of acquiring properties, and how the affordable housing market works.”

“Everyone will receive levels of service depending on what they need to move to the next level of ability,” said Rodriguez. Although he declined to name specific entities, PHDC says they’re working on partnering with large developers to provide mentoring for the program.

PHDC hopes the mentoring component will also provide networking opportunities in a business where success often depends on who you know. It is a facet of the program that especially appealed to Niaz Butt, president of Agile Development Corporation, another participant in the first round. “I hope to gain some higher end training in development and meet mentors from larger development firms.”

In addition to improving equity in the building trades, the MDP also wants to tackle the growing lack of affordable housing in Philadelphia. By increasing the number of small and mid-size developers, organizers of the MDP believes it will lead to more affordable housing units being built or renovated. “They’ll be developing housing for Philadelphians,” said Rodriguez. “We’ll measure success by how many contracts are initiated and how much housing is produced.”

Land acquisition can be a significant barrier to small developers. Leveraging his role as the executive director of the Philadelphia Land Bank, Rodriguez believes the MDP can also help put blighted parcels to productive use. “The added impact is that we’re trying to use city-owned land in distressed neighborhoods. We’re going to identify properties they can compete for,” he said. “The main focus is helping Black and Brown developers to get through our process, which is not an easy one.”

Butt says access to properties through the Land Bank will help make his West Philadelphia-based business more successful. “We’re primarily a multi-family developer,” he said. “I’m interested in doing affordable housing, if I could afford to get the land. It sounds like something that would help me do more business with the City.”

As the program expands beyond its first group of participants, Rodriguez envisions it becoming a community of sorts. “The initial 16, after getting a contract, will mentor the next group.”

All participants who successfully complete the training are guaranteed a contract. That is an important distinction about the program, said Rodriguez. “It’s not enough to do job training unless there’s a job at the end of it.”