Mount Airy Residents Up in Arms Over Development Proposal 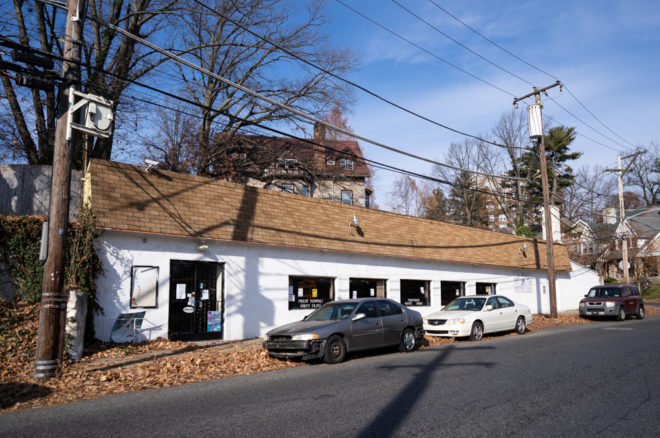 Since June 2021 residents in West Mount Airy claim that developer Zatos Investments has ghosted them. The real estate firm plans to erect a 24-unit apartment building at the site of the former JoaMart, a former one-story grocery at 361 W. Hortter Street. “We have tried repeatedly to meet with them for over six months, and they always find an excuse to cancel,” said attorney Beverly Penn, co-chair of the Joa Mart Ad Hoc Committee (JAHC). Tom Familetti, the owner of Zatos Investments, contends that it has just taken six months in dealing with the City to come up with a viable plan.

The JAHC has stated that they not against the proposed development, but rather the safety hazards it presents. The CMX-2 zoning code frees the developer from providing off-street parking in an already highly congested area where drivers regularly ignore the 25 mph speed limit and reach speeds of 50 mph. It’s not exactly Roosevelt Boulevard, but, with a daycare directly across the street and children boarding school buses on the corner, additional traffic is a serious safety concern.

“75 percent of residents support some kind of control device to slow traffic. Speed bumps or a traffic light at the intersection,” said Ray Basanta, who resides on the adjacent block. “Three years ago we asked the Streets Department to do a traffic study here. They claimed that the average speed was 29 mph. That may be true during rush hour when cars are bumper to bumper, but not at other times. When we asked to see the results of their study to check the time of day they conducted it, they refused.” 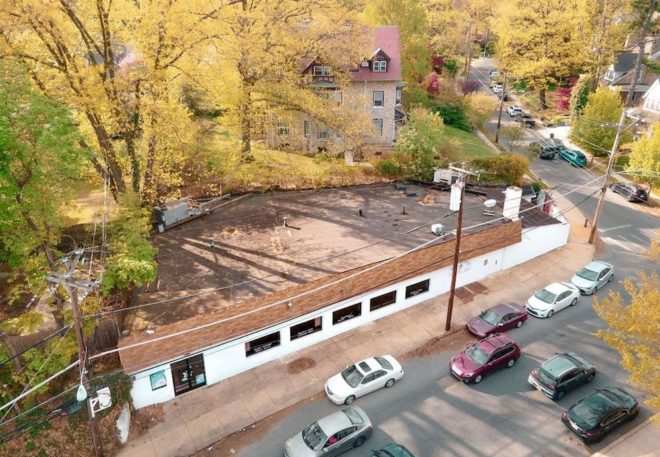 As far as construction incentives go, the developer can add an extra story to the proposed four-story building if there is a green roof or affordable housing units. For neighborhoods throughout Philadelphia, fighting CMX-2 zoning is problematic. Residents are frustrated that zoning, which enabled a neighborhood asset like a one-story grocery, can also apply to a multi-unit apartment building without parking.

Mount Airy is essentially a suburb within city limits. The neighborhood consists mostly of single-family homes built in the 1930s to 1940s with well-tended landscaping and tree-lined streets. The few large-scale apartment buildings date back to 1925 and are filled with architectural eye-candy like crown moldings, fireplaces, and archways. People choose to live there mainly because of the community’s diversity, affordability, and safety–all things that some residents believe could be jeopardized by by-right development in the area.

To build community support, the JAHC organized its first protest on Saturday, December 4 in front of the vacant grocery. It drew a large crowd, including Temple University professor Mark Leuchter, Pennsylvania Academy of Fine Art sculpture instructor John Horn and his wife Susanna Dicastro-Horn, and more than a few attorneys and architects, all of whom live within walking distance of the site. Passing cars honked encouragement in response to protest signs.

“They want to put a downtown building in our quiet, residential neighborhood. It is beyond reasonable,” said Mount Airy real estate attorney Yvonne Haskins. “The site is too small to accommodate that many units. And adjacent homes will be endangered if their retaining walls are damaged during construction.”

“I am upset about how this impacts my property and the value of my home,” said Darlene M. Temple, whose backyard abuts the development site. “They will not only cast my entire yard into shade, but they might cut down the old growth trees along my property line.” 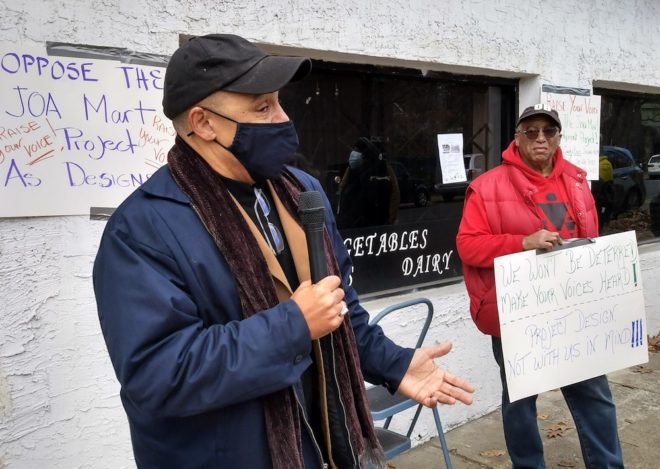 State Representative Chris Rabb addressed the protesters. “I am opposed to this development,” he said. “I want to provide the resources to help you make good trouble so developers know not to mess with us.” Councilperson Cindy Bass was also there to add her support.

The JAHC is also working with West Mount Airy Neighbors (WMAN), a community resource. “WMAN is not going to be an advocate for developers, nor are we going to be in a position of opposition,” said Steve Kendall, WMAN president and a retired architecture professor. “Our goal is to help form lines of communication between neighbors and the development.”

Architect Morrie Zimmerman, chairman of WMAN’s Neighborhood Transformation Committee, has scheduled a tentative Zoom meeting on Thursday, December 16 between the planned development’s architect and leaders of the JAHC, during which a final rendering of the proposed apartment building will be discussed. Familetti said that he looks forward to the Zoom meeting during which which he will present the plan to residents. Meanwhile, the protests continue.