War Memorial on the Main Line a Celebration for the Ages

Philly has no shortage of war memorials. The average one is a solemn monument that most of us pass by without much recognition. Merion Tribute House at 625 Hazelhurst Avenue in Merion Station is certainly the exception.

A panoramic view of Merion Tribute House in Montgomery County. Built in 1924, designed by Walter T. Karcher and Livingston Smith. | Image courtesy of the Merion Foundation

Built in 1924 on the former estate of Eldridge Reeves Johnson, founder of the Victor Talking Machine Company, the goal was to erect “the most beautiful structure of its kind in this locality,” according to writings by Johnson. No easy task in a neighborhood filled with opulent Gothic castles built by wealthy industrialists.

To achieve this, Johnson demolished his mansion, The Chimneys, and hired architects Walter T. Karcher and Livingston Smith who had designed his home. Karcher and Smith went on to win awards for their design of Bryn Mawr Presbyterian Church and buildings on the campus of Swarthmore College. 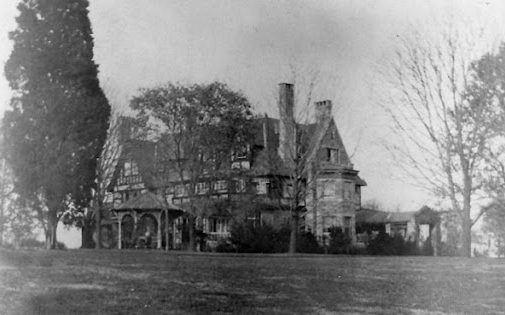 Eldridge Johnson’s home, The Chimneys, was demolished to make way for the Merion Tribute House. | Image courtesy of The Lower Merion Historical Society

From the start, the purpose of Merion Tribute House was not merely to honor the 81 local men who had died in World War I, but to create a social and cultural community center, a place for celebrations, weddings, and even a playground. This was no ordinary VFW hall. Situated on a bucolic estate, it is a regal English country manor built in the Arts and Crafts style with wood beamed ceilings, a walk-in fireplace, a ballroom, stained glass windows, and ornamental iron work and lamps designed by master blacksmith Samuel Yellin.

From Dropout to Philanthropist 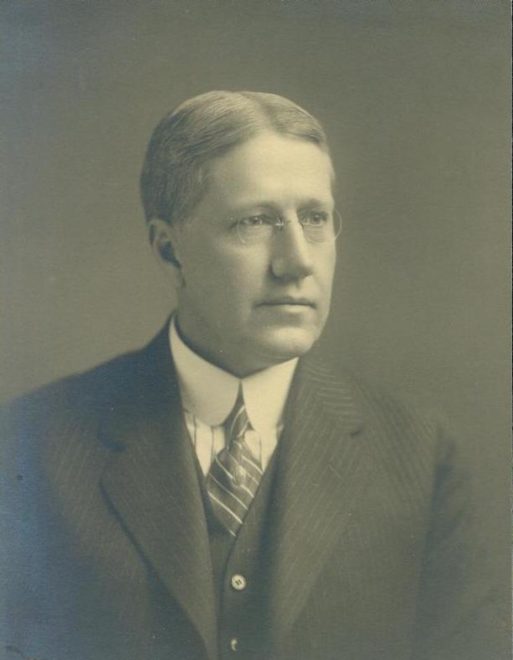 A portrait of Eldridge R. Johnson. Date unknown. | Image courtesy of The Encyclopedia of Greater Philadelphia

Johnson’s vast wealth was not a birthright, nor was it meteoric. At the age of 15 he was informed by his school’s director that he was “too goddamn dumb to go to college” and was encouraged to learn a trade. After apprenticing at a Philadelphia machine shop, J. Lodge & Son, Johnson became a partner at a bookbinding company. In 1894, he bought out his partner’s share and established the Eldridge R. Johnson Manufacturing Company.

His fate changed the day a customer brought in a manually driven, hand-cranked gramophone that needed repair. Johnson later wrote that “the little instrument was badly designed. It sounded much like a partially-educated parrot with a sore throat.”

Much like Elon Musk, Mark Zuckerberg, and Jeff Besos, Johnson was driven by the ability to imagine what does not yet exist. He became obsessed with improving the manual gramophone which had been patented by Emil Berliner in 1888. 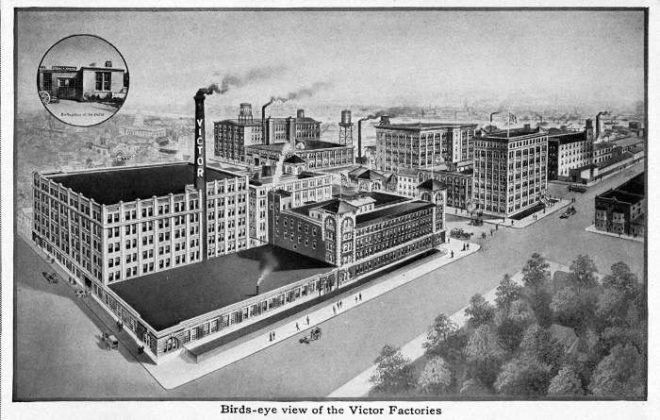 An illustrated view of Victor Factories in Camden, New Jersey from a 1911 Victor Records catalogue. | Image courtesy of Hagley Museum and Library

In March 1898, Johnson earned the U.S. patent for a spring motor that kept the gramophone at a constant speed which improved the quality of its sound. Two years later, Johnson purchased the Berliner Gramophone Company’s U.S. assets. In early 1901 the first records carrying the Victor label were issued. Later that year, Johnson established the Victor Talking Machine Company in Camden, New Jersey. That same year, Johnson introduced five new models of phonographs and sold 7,570 machines.

The strategy that made Johnson a millionaire many times over was his idea of inviting the greatest singers and orchestras of his day, including the Philadelphia Orchestra, Mario Lanza, and Enrico Caruso, to record. In 1902, the Victor label sold 1,696,000 records. 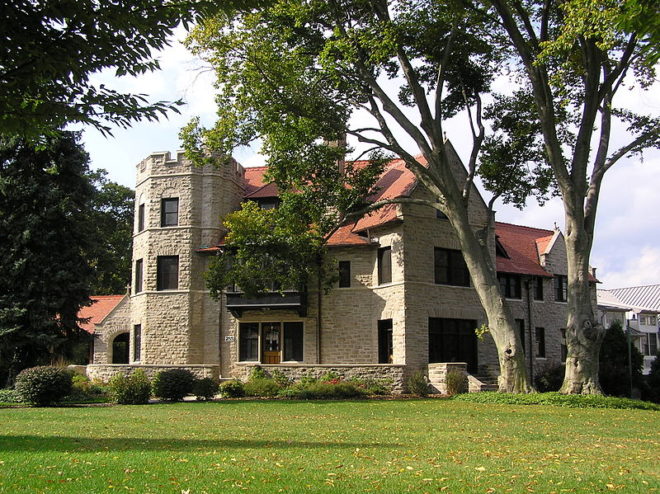 Breidenhart at 255 East Main Street in Moorestown New Jersey was the former home of Samuel Leeds Allen. The Tudor-style Gothic castle was built in 1894 and designed by architect Walter Smedley. Eldridge R. Johnson purchased the house and refurbished it in 1920. The building is now the Lutheran Home at Moorestown. | Image: Wikimedia Commons

By the time Johnson donated his Merion estate, he was one of the wealthiest men in America. He and his wife moved to Briedenhart, a Tudor-Gothic castle in Moorestown, New Jersey that was the former home of Samuel Leeds Allen, founder of S.L. Allen & Company and inventor of the Flexible Flyer sled. In 1926, Johnson sold his controlling interest in the Victor Company, resigned as president, and withdrew from the public eye. Johnson proceeded to donate large sums of money to various charities and established the Johnson Foundation for Research in Medical Physics at the University of Pennsylvania in 1929.

In 2016, the Merion Foundation, the grant-making arm of the Merion Tribute House, acquired through donation the properties formerly owned by the Woman’s Club of Bala Cynwyd. The ballroom and library of the Levering Mill Tribute House dates back to the 1920s and are used for community gathering space and social occasions. The Merion Foundation is committed to preserving this historic resource and has made significant improvements to the properties since its acquisition.