Op-Ed: Save the Roundhouse! 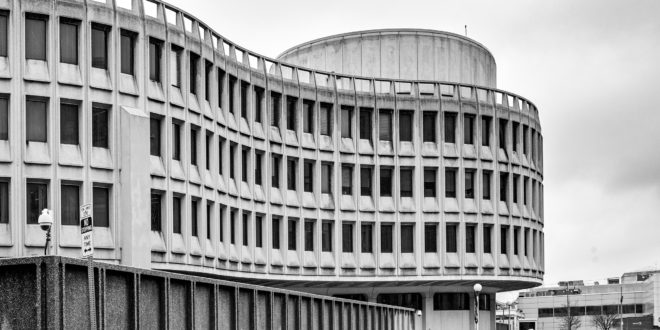 The Police Administration Building (aka the Roundhouse) at 750 Race Street was completed in 1962 and designed by Geddes, Brecher, Qualls and Cunningham. | Photo: Peter Woodall

Editor’s Note: A version of this story was published in the Fall 2021 issue of Extant, a publication of the Preservation Alliance for Greater Philadelphia.

When it opened in 1962, the Philadelphia Police Administration Headquarters on Race Street, aka “the Roundhouse,” marked a new collaborative relationship between architectural design, engineering, and building technology that transformed how buildings are designed and constructed to this day. Philadelphia Planning Director Edmund Bacon’s mid-century plans for the area around Independence Mall called for a new police headquarters with an engaging community presence. Prominent Philadelphia School architectural firm Geddes, Brecher, Qualls and Cunningham (GBQC), and the preeminent structural engineer, Dr. August Komendant, fresh from their second-place finish in the Sydney Opera House competition, received the commission. The Roundhouse’s circular precast design descended directly from their proposed Sydney Opera House design (which, for a time, stood in first place), and was one of the first buildings constructed in the United States to use Schokbeton, the highly mechanized Dutch system for producing quality architectural precast concrete. An unprecedented 90 percent of the Roundhouse’s structure and finishes, inside and out, is composed of precast concrete.

The revolutionary contributions the Roundhouse made to architecture and construction are reason enough for this significant mid-century modern structure to be celebrated and preserved. But as is often the case, other important considerations invariably shape preservation outcomes. The first is practical, concerning its adaptability for future use. The second, and in the case of the Roundhouse, more significant consideration is the social stigma the building carries from its association with the history of policing in the city as symbolized by Frank Rizzo’s tenure as Commissioner of Police and Mayor.

On practical terms, the Roundhouse is exceptionally suited to modern reuse. Touted by the architects and City of Philadelphia as being close to 90 percent efficient, 10 percent more than the average commercial or institutional building of its time, the Roundhouse features an extremely adaptable open floor plan. That flexibility and efficiency have been obscured by a rabbit warren of desks and partitions to accommodate overcrowded police operations, but, in a collaborative study, my Georgia Tech architecture students demonstrated how the Roundhouse can be reused for offices, public events, social services such as day care and even an urban grocery in the lower level while preserving the building’s essential architectural qualities. The Georgia Tech/UPenn student team also illustrated how a new building could be constructed on the rear portion of the site to capture the location’s latent real estate value while preserving the historically significant headquarters, creating a model for cultural and environmental sustainability.

But for many Philadelphians, the Roundhouse is a physical manifestation of a persistent, systemic, and brutal history of policing, particularly toward African Americans, Asian Americans and other ethnic groups. Lost in the city’s institutional memory are the Roundhouse’s progressive origins. The Independence Mall location was selected to abate a reportedly unhealthy relationship between politicians and the police, cozy cohabitants in City Hall since 1904. In both location and design, the Roundhouse aimed to create a new positive relationship between the community and a more professional, service-oriented police department. Even the rounded form that gave the new headquarters its nickname was intended to convey a softer police presence, while the generous front entry plaza signaled welcome to the community. Note that the high concrete wall that rings the building today was a later addition. 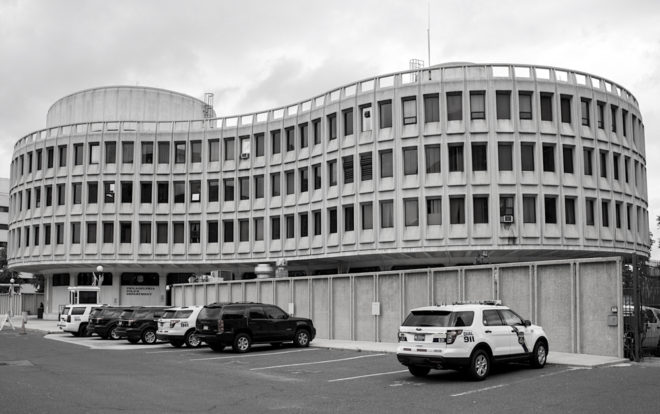 Obviously, those progressive objectives were never fully realized. Any future for the Roundhouse must acknowledge the building’s association with the negative history of policing in Philadelphia. Preservation is the ideal way to come to terms with the painful past. Demolishing the Roundhouse as an act of retribution for the Rizzo years and after will do little or nothing to improve police-community relations or address important, timely human and civil rights issues in the city.

Preserved as a social artifact, however, a re-purposed Roundhouse has much to contribute to local, national, and international conversations around the timely topic of police and community relations. The example of Eastern State Penitentiary, a property, like the Roundhouse, with a troubled past, but designed with humane, progressive aspirations, provides an eminently constructive alternative for the Roundhouse’s future. Eastern State is now preserved to interpret its full history, good and bad, informing current and future generations about the prison’s history while engaging them in contemporary issues surrounding incarceration. Through a reuse dedicated to community-supporting uses, the Roundhouse could finally realize its original aspirational goals.

Rather than bury its past by demolition, let the Roundhouse confront the history of abuse through education, community engagement, and the actions of community service-minded tenants. Let the building’s exceptional, historically significant architecture and engineering represent a qualitative bar to be matched by equally exceptional service to a better Philadelphia. 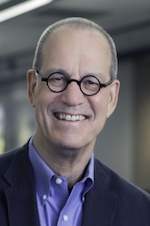 Jack Pyburn is a historic preservation architect with Lord Aeck Sargent in Atlanta, Georgia and has extensively researched and lectured on mid-century precast architecture. He is currently president of the International Council on Monuments and Sites (ICOMOS) International Scientific Committee on 20th Century Heritage.