Three Frank Furness building, hiding in plain sight in Northeast Philadelphia, might as well be in the witness protection program for their lack of notoriety.

“Furness was known for his bold, eccentric designs during the Victorian Era, a style that fell out of favor in his later years and resulted in many of his more than 600 works being torn down,” said historian Patty McCarthy. Lucky for us, some of his buildings remain. 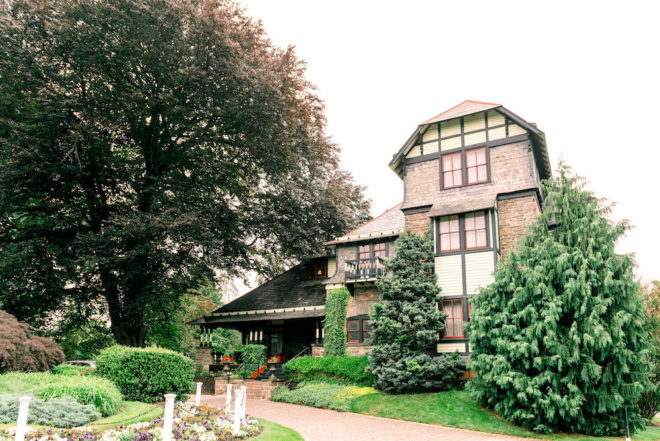 Knowlton Mansion, also known as the Rhawn Residence, was designed by Furness in the Gothic Revival style for William Rhawn, a Philadelphia banker. Completed in 1881, the three-story mansion at 8001 Verree Road in Fox Chase was listed on the National Register of Historic Places in 1974. Now owned by Conroy Catering, you can rent the historic mansion for a wedding or a Bar Mitzvah.

Who would think to look for a Furness building in an old Jewish cemetery? But Mt. Sinai Cemetery, established in 1854, hired Furness in 1892 to design their chapel. At the time, Mt. Sinai was where wealthy Jews were laid to rest while their gentile counterparts were buried at Laurel Hill. Located at 1901 Bridge Street in Frankford, grave markers tick off a list of Philadelphia captains of industry who were household names: Gimbel, Snellenberg, Paley, and Rosenbach. 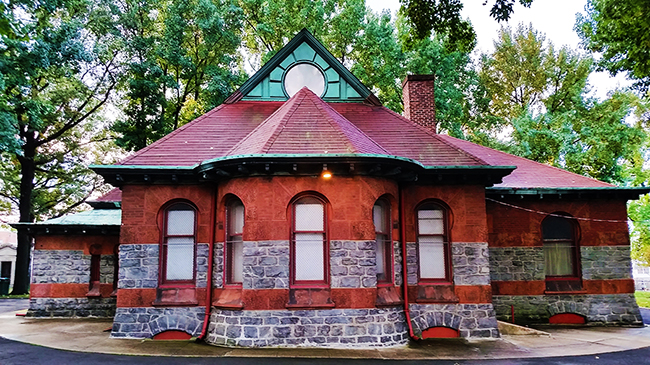 Furness’ involvement with the Jewish community goes back to his designing the first Congregation Rodeph Shalom at 615 N. Broad Street in 1868. It was demolished in 1927 to make way for a larger synagogue that is still very active today. Other notable Furness commissions for the Jewish community included the Jewish Hospital, the Home for Jewish Orphans, and the Home for the Aged and Infirm Israelites.

The Mt. Sinai Chapel has a high, hipped roof with many projecting bays covered with red tiles. Its exterior wall feature horizontal bands of grey stone and red terracotta.  As in many other Furness buildings, the Chapel’s many windows are topped with horseshoe arches. The interior has a steeply pitched ceiling supported by exposed arched trusses that echo the horseshoe shapes of the Chapel’s windows.

The third Furness building would have remained forgotten if not for the astute research of McCarthy. In January 2017 she shared her findings with the Philadelphia Chapter of the Society for Architectural History. 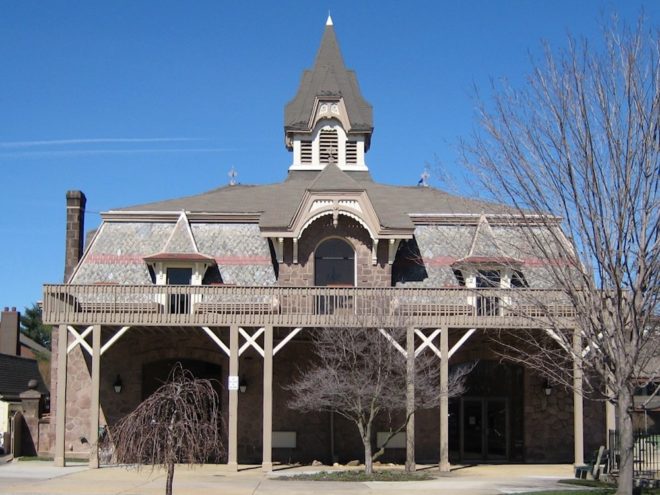 “I don’t know that anyone knew it,” McCarthy said. “We contacted a few people who have written books about Furness, and they didn’t know.” She had stumbled upon a paper written in 1913 about Torresdale history which documented the existence of the 40-acre estate of Neilson Brown, a banking heir with a passion for race horses.

That led McCarthy to take a closer look at the Neilson Brown stable which now serves as the Club House for Bakers Bay, an East Torresdale condo development on the Delaware River. Situated on lands originally bought by Charles Macalester in 1859, Neilson Brown stable was regarded as the finest stable in the country. Considering that Brown’s neighbors were a “Who’s Who” of Philadelphia’s social elite, it stands to reason that he would’ve hired a leading architect to impress his peers. 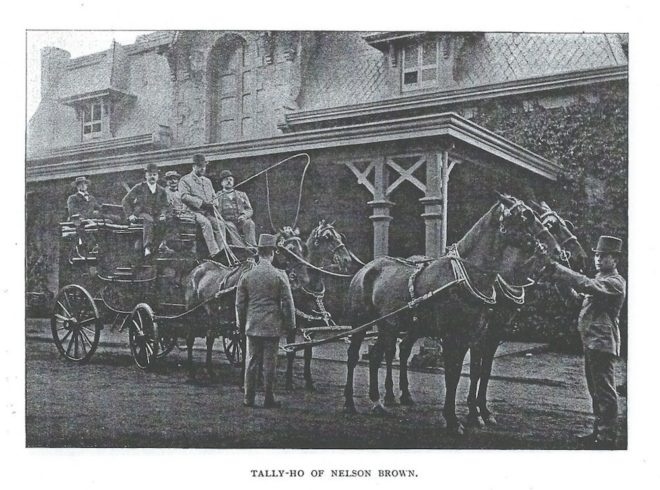 The Neilson Brown stable in the 1900s. | Image courtesy of Patty McCarthy

When a developer cleared the land in the 1970s he demolished the two mansions and a large barn, but retained the stable. Did he know it was a Furness or was he merely charmed by its Victorian design? Today, a balcony has been added and the horse stalls have been replaced by a reception area, activity rooms, and an addition which houses an indoor pool.

The name Bakers Bay derives from a Revolutionary War legend. According to local lore, a baker on the adjoining property sold bread to ships anchored in the harbor and supplied bread to George Washington’s troops. While everyone agrees there was a bake house, opinions are divided due to the fact that the land was owned by a staunch Quaker who vehemently opposed war. One thing is not in question. The architectural and social history of the Northeast merits more attention, especially by those who believe it started in the 1950s.