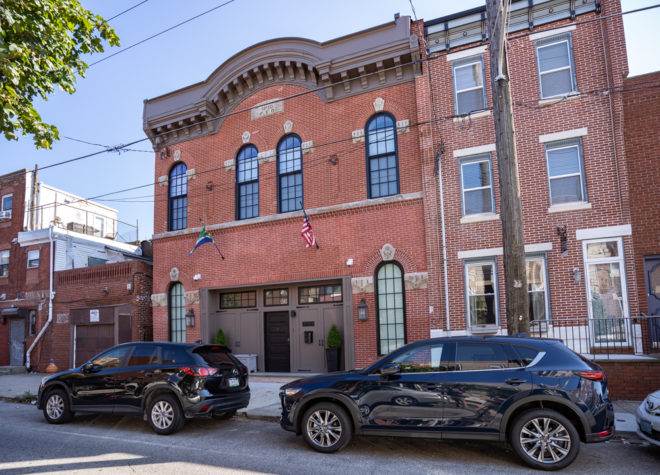 Engine 10 at 808 Morris Street was built in 1874 and used as a firehouse until the 1950s. It was recently renovated from top to bottom for residential use after years of uncertainty. | Photo: Michael Bixler

Julie Russell had no illusions about the former firehouse at 808 Morris Street when she bought it in 2019. “It was a structural disaster,” she said. But Russell was determined. “I had my eye on that property since 2013. I was drawn to the arched windows and the building’s history.”

Russell, a real estate agent, had been rehabbing properties for years on her own and now collaborates with her real estate investor boyfriend Shane Fisher, owner of SFI Properties, LLC. Although both Russell and Fisher had rehabbed together before, there was something special about the firehouse. “This wasn’t just another project. This was going to be our forever home,” said Russell.

Built in 1874, the firehouse served Engine 10 until 1953, when a new, modern station was built at 12th and Reed Streets. While Russell is not sure of the building’s tenants since the closing of the firehouse over 60 years ago, she does have some choice words about the condition the property was in when she bought it. “Whoever lived there before had destroyed it structurally,” said Russell. “The front door and floors were plywood. For some reason, they created a 15-square-foot hole on the first floor. Maybe they were thinking of a sunken living room.” Other eyesores included a narrow set of stairs that led nowhere, plywood walls that chopped up the space, and graffiti in the courtyard. 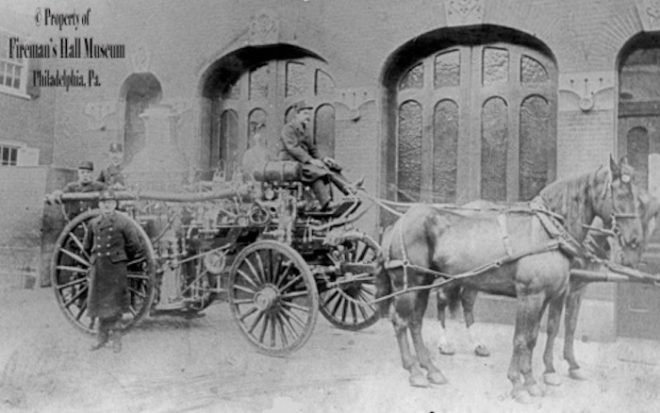 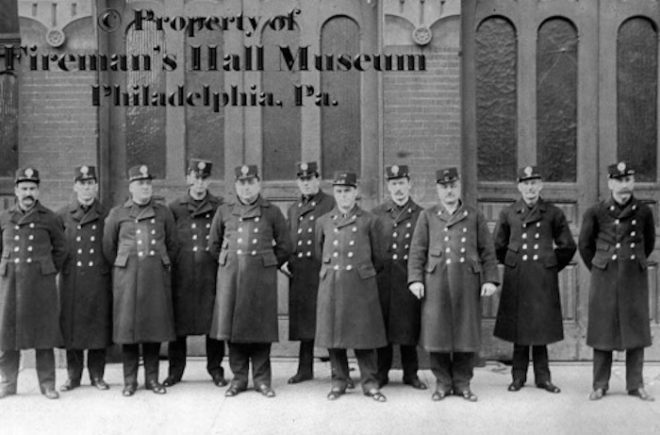 “The property was never nominated and listed on the Philadelphia Register of Historic Places,” said Russell. “The other buyer with whom I was competing was a developer who wanted to tear down the firehouse and build four new homes.”

“There wasn’t much of the original interior left,” said architect David Whipple of Assimilation Design Lab.  “It had been previously renovated. When we started the former owner was in the middle of another renovation that they had abandoned. The uniqueness was really with the remaining rear and front facade. Our focus was to refurbish them effectively and still hold true to the essence of what the original structure was.” 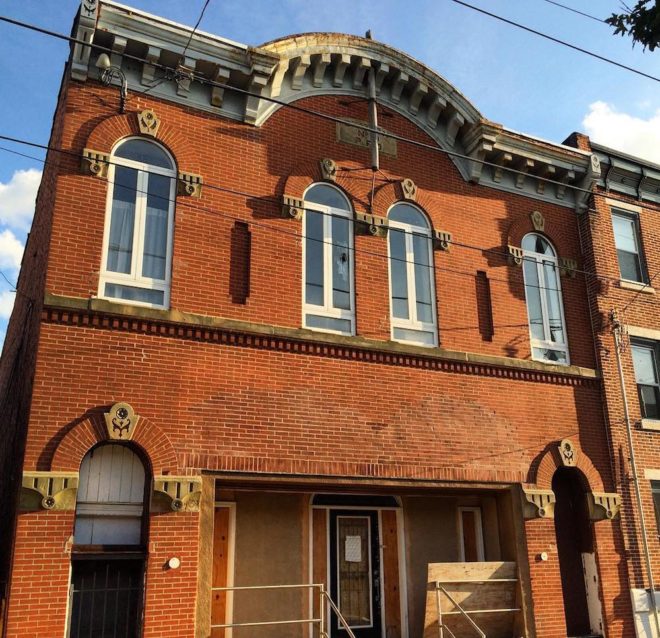 “We tend to have some special elements in each project that make them unique,” Whipple said. “Stairs are one of those elements that we like to focus on for some projects.  For the firehouse, it became the central element in the residence, and an important piece. Something more than just for circulation. Part of the redesign was to insert a light shaft into the center of the residence, above the stairs, to draw more natural light into the center spaces.”

Russell agreed. “I love these stairs. Ever since I saw the movie Ghost I have wanted to live in an industrial space with stairs like this,” she said. 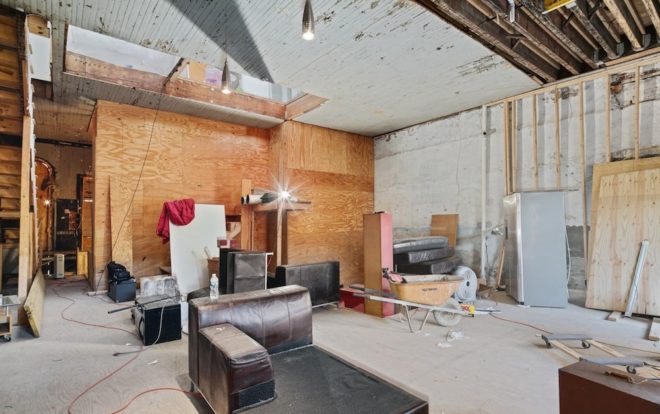 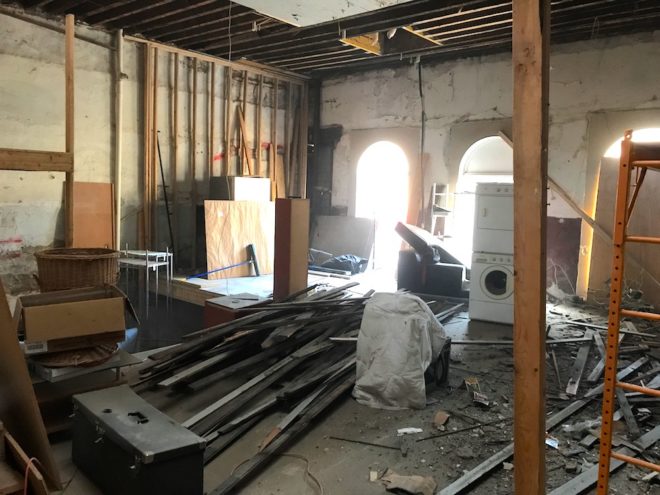 The state of the kitchen and living room before renovations began. | Photos courtesy of Julie Russell and Shane Fisher

Fisher’s crew repointed the exterior brick on the side of the building. Discolored brickwork on the front was resurfaced. Reclaimed barn wood from Lancaster was installed for flooring and stairs. An original sconce was rewired.

Russell’s love of arches was repeated in the living room where three tall, arched glass doors lead to a courtyard. The garage was expanded to accommodate three cars and a roof deck was added. Exposed brick is used throughout in contrast with painted walls. Russell used a palate of grey, white, and walnut throughout the three-bedroom, 4,200-square-foot home with 13-foot ceilings.

She then filled the living space with a combination of furniture from Material Culture and handcrafted pieces with a vintage look, including a custom cabinet that came with a manmade mouse hole for authenticity. 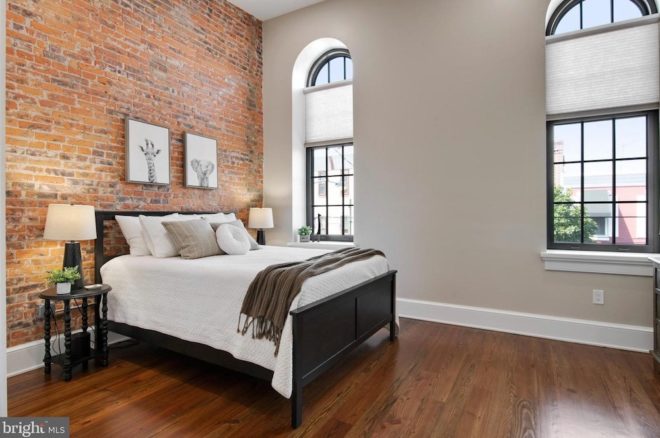 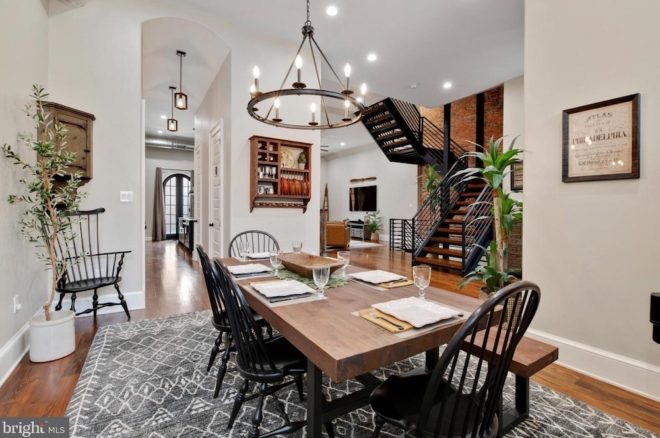 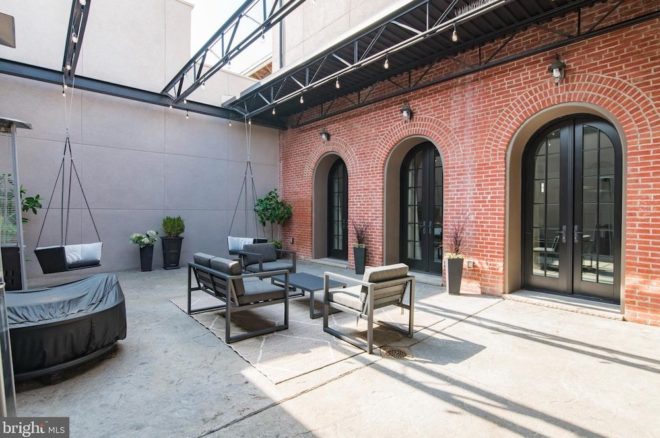 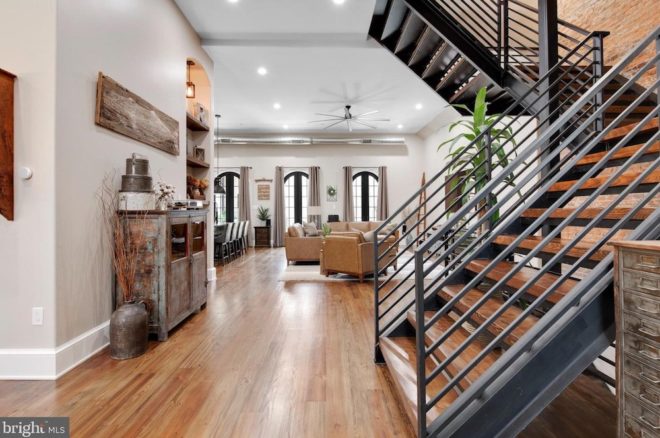 The renovation plan for the former firehouse was designed by Assimilation Design Lab. | Photos courtesy of Julie Russell and Shane Fisher

“We are shifting priorities,” explained Russell. “When you live and work in the city, the work day never really ends. We both want to work less and play more. Shane is a builder by trade, but he has a passion for flying. We just bought a little plane and he has his eye on a helicopter. We want to move outside of Philadelphia and live near a small airport.” What’s next on the agenda for the couple? A trip to Kenya and Uganda.