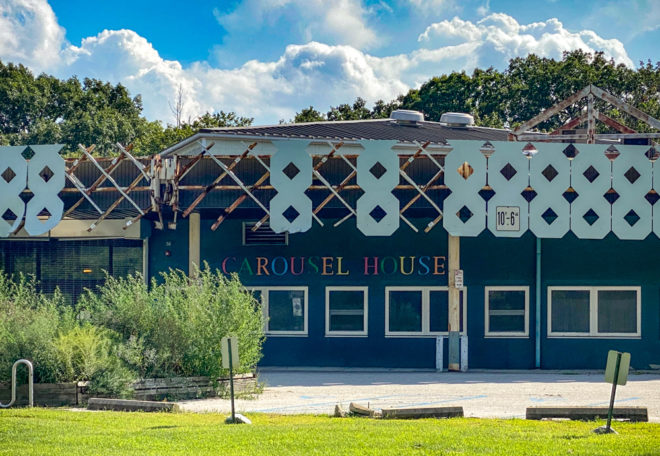 Fairmount Park’s second Carousel House opened in 1987. At the time it was the only city-funded recreation center in the country designed for people with disabilities. The Department of Parks and Recreation closed the center in April for repairs and improvements. A second, unexpected announcement was made in June that the building would be demolished. | Photo: Michael Bixler

The days appear to be numbered for Philadelphia’s only recreation center dedicated to residents with physical or cognitive disabilities. Old photos of Carousel House at 4300 Avenue of the Republic depict a happy place, bustling with all kinds of physical and social activities. Images today paint a different story, at least on the outside. Surrounded by a 12-foot chain link fence, the playful circular building is showing some wear. Missing sections of its oversized white lattice trim and multi-colored signage proclaiming the building’s name are either broken or gone. The City decided to permanently close the center in June. Demolition is now on the horizon.

Philadelphia Parks and Recreation (PPR) has operated two buildings in West Fairmount Park, each of which bore the name Carousel House. According to Theresa R. Stuhlman, preservation and development administrator at PPR, the first building was located on the western side of Belmont Avenue. It was built in 1910 and was originally the headquarters of the Fairmount Park Guards, a separate police force that provided security patrols in Fairmount Park until they were folded into the Philadelphia Police Department in 1972.

The building’s original sign read “Park Guard Headquarters.” It was changed to Carousel House in 1973 when it became a PPR facility for disabled residents. According to a photograph from the Philadelphia Evening Bulletin, now residing in Temple University Libraries’ Special Collections Research Center, the facility was dedicated in May 1973. 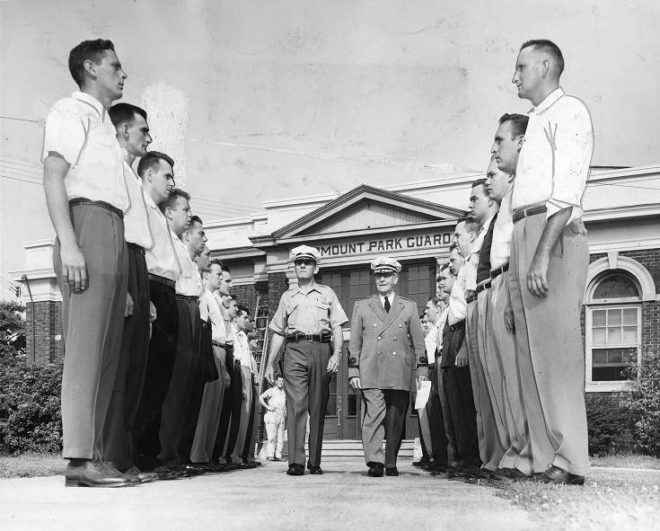 Newly appointed Fairmount Park Guards report for duty in 1953 at the unit’s headquarters that once stood at 44th Street and Parkside Avenue. | Image courtesy of the Special Collections Research Center, Temple University Libraries

That building was destroyed by arson in July 1981. Over the next three years a new facility was designed by architect Richard Conway Meyer and Keast & Hood Engineers. The new site, a tract of open space on the eastern side of Belmont Avenue, had been the location of the 1876 Centennial Exhibition’s Main Exhibition building, a temporary structure that was removed a few years after the event. Construction was completed in 1987 at a cost of $3.5M. According to Howard Miller, who was the PPR director of recreation for the handicapped at the time, it was the only city-funded disability recreation center in the country at the time.

Staff at Carousel House offer a slate of recreational and social activities tailored to segments of their clientele, such as for adults with physical disabilities, young adults with cognitive disabilities, visually impaired adults, and coed day camps and sports camps for children and youth with intellectual disabilities. In addition to sponsoring their own programs, the pool at Carousel House was available to special education classes, group homes, and organizations serving people with disabilities. A portion of the grounds have been transformed into an urban farm featuring vegetable crops, flowers, and a small orchard, with a program for Carousel House participants coordinated by the Fairmount Park Conservancy’s FarmPhilly. 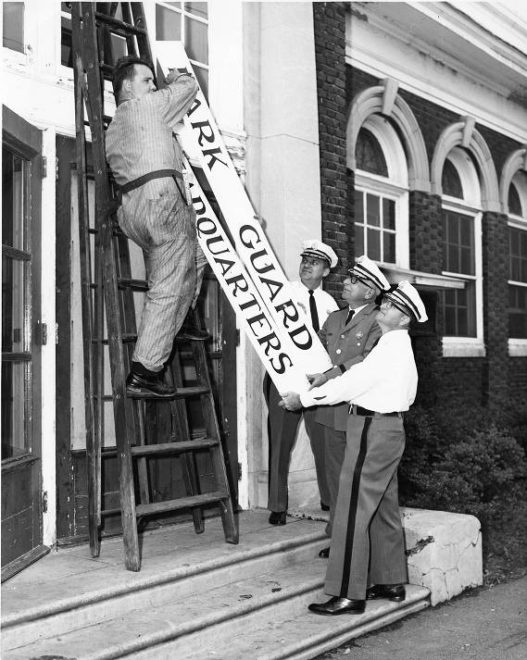 Carousel House has also been home to two wheelchair basketball programs: the Magee Spokesmen for adults and Katie’s Komets for boys and girls ages 8-19.

Although the center’s website still refers to it as “state of the art,” 34 years of 12-hour days of use will take a toll on any building. In April, PPR announced it was closing Carousel House for repairs and capital improvements. That news was quickly followed in June by an update that the building would be demolished and replaced by a new facility open to all residents. Some funding will come from the City’s ReBuild program.

“When they made the announcement, we were blindsided,” said Joe Kirlin, co-founder of Katie’s Komets. “The Carousel House Advisory Council, Magee, us–none of our organizations were involved in the meetings.” 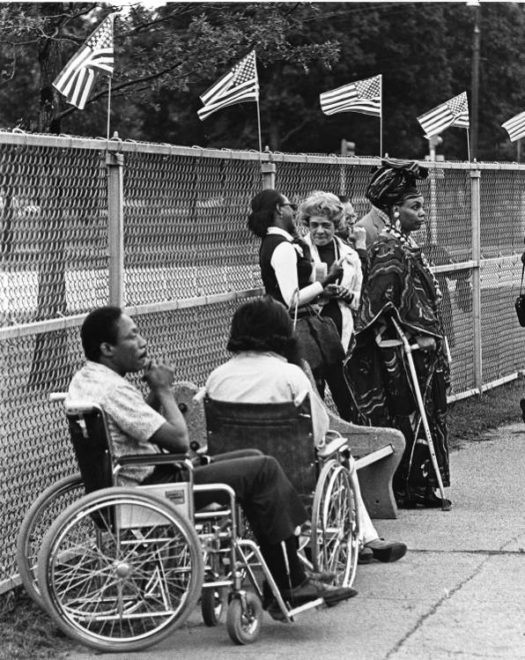 A crowd gathers at the new Carousel House recreation center for people with disabilities for its dedication on May 30, 1973.  | Image courtesy of the Special Collections Research Center, Temple University Libraries

What has also transpired during Carousel House’s three decades is a change in attitude and law regarding services for the disabled community, codified by the passage of the Americans with Disabilities Act (ADA) in 1990. “A key concept of the ADA is integration,” said Rocco Iacullo, staff attorney for Disability Rights PA. “Our philosophy, in keeping with the ADA in both letter and spirit, is that Philadelphia needs to insure that its recreation programs are accessible to all citizens.”

And so began a tug of war between the City needing to follow the law and wanting to be equitable and accessible, and the generations of Carousel House participants who value the community they build and the agency they feel by having a dedicated facility.

Rachel Banner, director of park access at the National Recreation and Park Association, doesn’t see why it has to be an either-or situation. “We believe everyone should have fair and just access to recreational facilities,” she said. “It’s important to look at it with an equity lens and include the disability community just like other underserved groups. But what does ‘equitable’ look like? Different viewpoints need to be heard.” 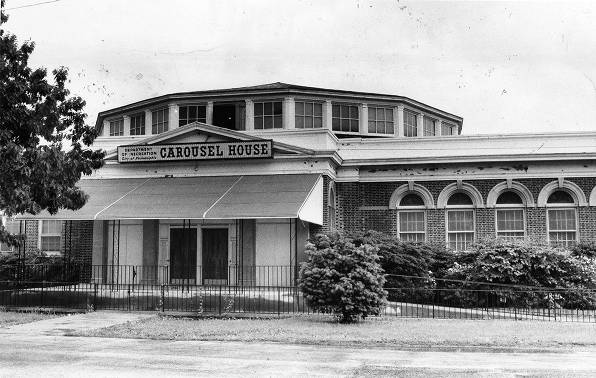 The exterior of the first Carousel House in 1976. | Image courtesy of the Special Collections Research Center, Temple University Libraries

PPR sees the replacement of Carousel House as part of a broader plan to offer adaptive and inclusive programs at recreation centers in more neighborhoods across the city. “Our argument is that the City operates facilities and programs across Philadelphia, and while they may not be able to have all of them accessible, they should have a sufficient number,” explained Iacullo. A percentage is not specified in the law, but “given the size of Philadelphia, we think it’ll have to be a substantial number.”

After pushback from Carousel House families, including a protest rally in July, PPR held a meeting with them on August 19 to consider how to continue some of the programs while waiting for a new facility. “They’re trying hard to find alternative sites,” said Kirlin. “They’re making an effort to keep us going.”

According to the PPR website, in September the Carousel House day programs and evening music, arts, and crafts programs will move to Gustine Recreation Center on Ridge Avenue in East Falls. Situated behind Legacy Youth Tennis and Education, it is on the former site of a man-made lake that had been part of Wissahickon Valley Park. 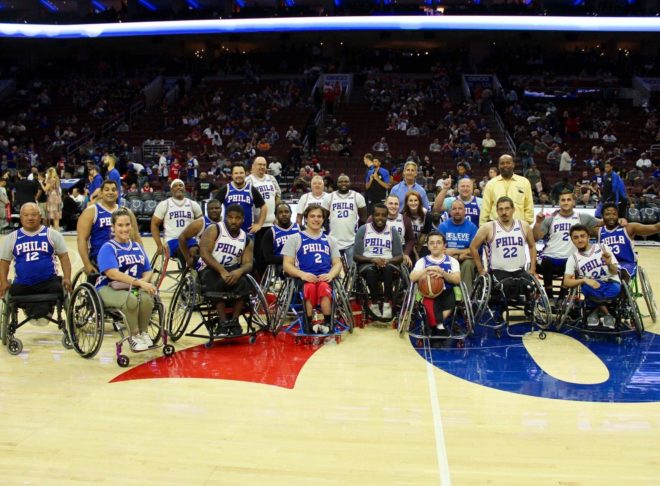 A vast list of public programming has been interrupted and a tight-knit community has been displaced since the Carousel House was temporarily, then permanently, closed this summer by the Department of Parks and Recreation. | Images courtesy of the Magee Spokesmen and Katie’s Komets

Since Gustine does not have a pool, the West Philadelphia branch of the YMCA, which has an ADA-compliant pool, will be the temporary center for swimming and aquatic programs.

The wheelchair rugby and basketball programs haven’t been given a new location yet. According to Katie Komets’ Joe Kirlin, their team may join the Magee Spokesmen in renting the RiverWinds facility in West Deptford Township, New Jersey. However, the volunteer coaches are hopeful PPR will find a free replacement site for them at a recreation center. “We’re having a meeting on September 8 to check out the Lloyd Hall Recreation Center on Boathouse Row,” he noted.

While he applauds the City’s efforts to involve the various constituents affected by the closure, Kirlin is at the same time wary of the length of time they’ll all be displaced while RFPs, architectural plans, and construction are underway. “They said Carousel House needed $1.8M to repair,” he observed. “The pool seems to be the biggest issue, so why not keep the other programs open on the site while planning the new center?” 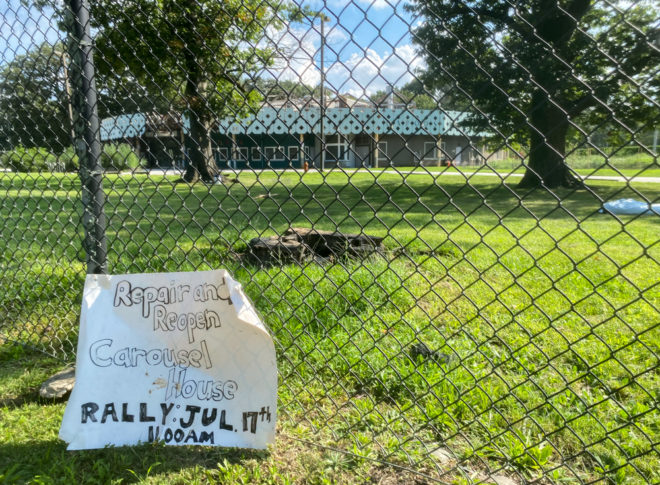 Despite desperate calls from the disability community to repair and reopen the well-attended recreation center, the City still intends to demolish the building and build a new, general public facility, which could take years of planning and construction before it opens. | Photo: Michael Bixler

This sentiment reflects the attachment participants feel for Carousel House. While a desire, and legal necessity, to be inclusive and accessible at as many recreation centers as possible removes a stigma that many in the disabled community face, for others, it’s not a replacement for a place they feel is special. As Banner of the National Recreation and Park Association noted, “It is up to the community. If they feel a dedicated facility is important, they should be heard.”