Inside One of the “Coolest” Houses in South Philly 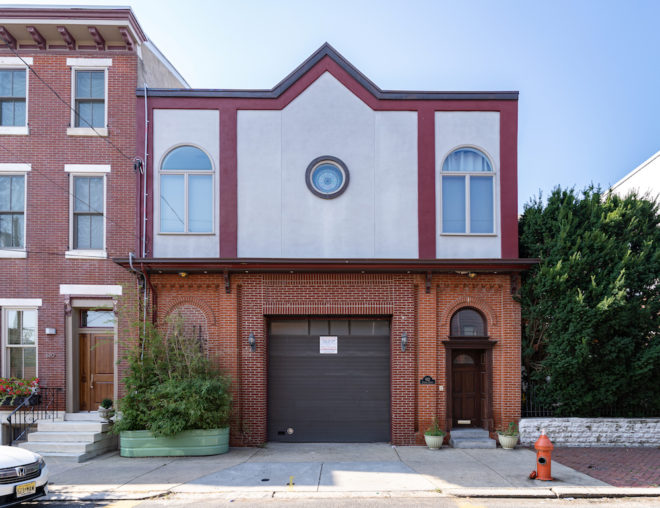 There is much more than meets the eye at 622-624 Federal Street. | Photo: Michael Bixler

Miles Fischel has lived in South Philadelphia since the 1960s. When looking for his next home in 2001, he had only one requirement. It had to have a garage. Searching for a parking space every night had become a nightmare.

Fischel eventually found the answer to his quest: a For Sale sign at 622-624 Federal Street. The one-story property consisted of just a walk-in freezer and a garage. “It had been a water ice business and previously a butcher shop,” Fischel said. “Before that, in the 1940s, it was a plumbing supply company. I believe it was a originally barn.” The earliest deed for the property is dated 1866. Back then, Fischel suspects that it may have been part of an estate. 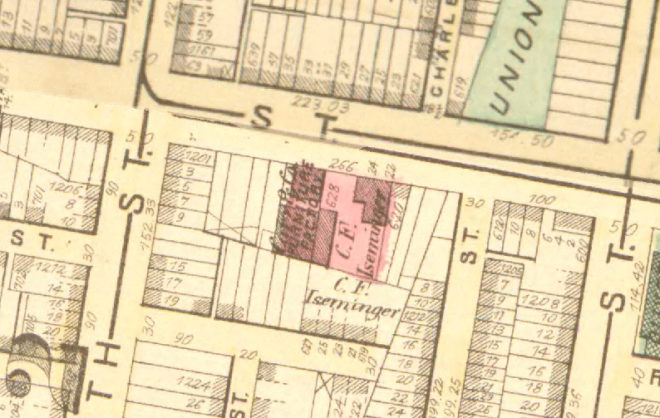 An edition of McElroy’s Philadelphia City Directory from the 1800s lists C.F. Iseminger, a plumber, as the owner of properties at 622-628 Federal Street. An atlas from 1875 shows that he occupied the building. | Image courtesy of Greater Philadelphia GeoHistory Network

With tenacity and creativity, Fischel converted the bleak, one-room freezer into a sunny, spacious, two-story home with an upgraded garage. The exterior brick was repointed and the front door custom made. He added a second floor with two bedrooms, an office, two bathrooms, a sunroom, and a terrace. On the first floor, behind the original structure, he added a light-filled, eat-in kitchen overlooking a spacious, 30-by-40-foot garden.

“When I bought the property, the garden was filled with fig and peach trees that had been tended to by a neighbor,” he said. “Unfortunately, blight killed off the trees, but I replaced them with a rose garden.”

Most home owners would be flummoxed by the former walk-in freezer, measuring 30-by-16 feet with a 21-foot ceiling, which is now a living room. They might be tempted to lower the ceiling or add a room divider. For Fischel, the immense space is exactly what was needed to display his immense antique collection. 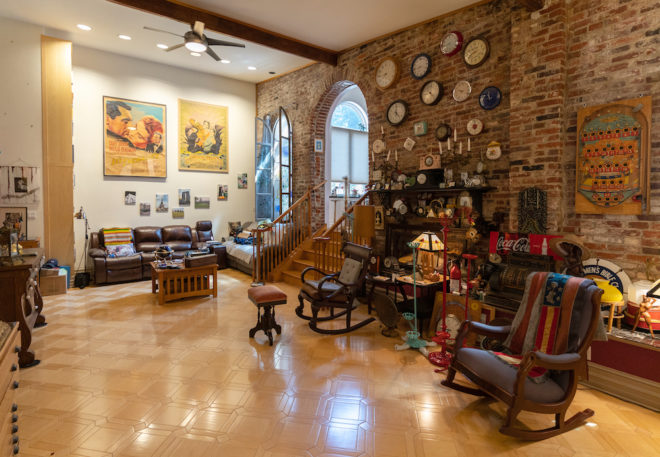 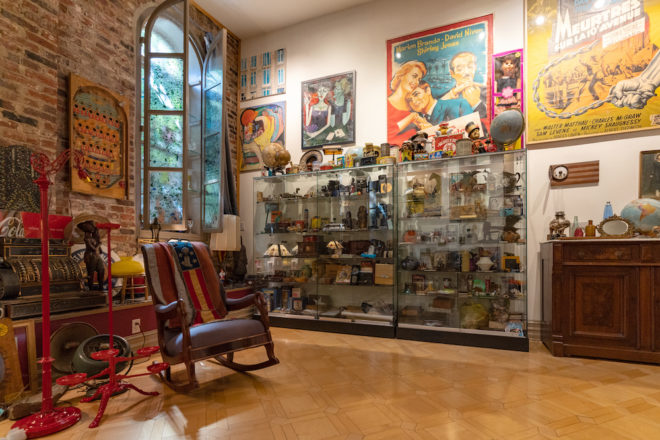 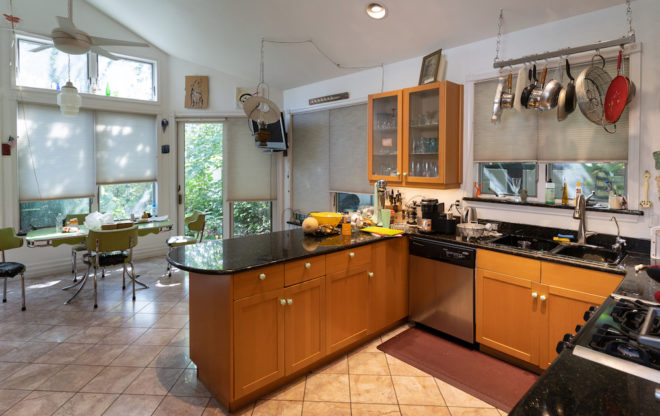 A modern kitchen opens up to a large backyard and rose garden. | Photo: Michael Bixler

“I started collecting when I was a kid. My parents took me to flea markets, and I bought whatever caught my eye,” Fischel said. The thing is, he never stopped. Even his kitchen is a wonderland of found treasures including a 1940s Formica and vinyl dining set and a huge neon clock. His most recent find? A pair of painted iron chairs that, for now, sit in the home’s entry hall, along with a flotilla of lamps and glassware. 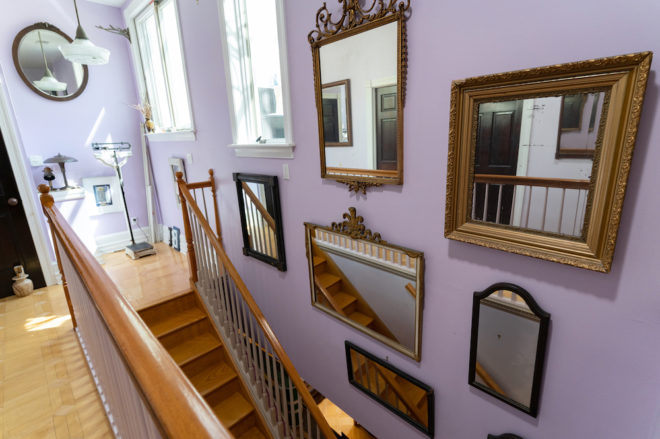 Where did they all come from? “A lot of it came from a thrift shop that used to be on South Street,” he said. “The French movie posters had belonged to a friend who was moving out of the city, and I snapped them up.” Interestingly, they are not posters of French films, but of famous American movies that were shown in France in the 1950s featuring glamorous images of Cary Grant, Grace Kelly, and others. Another source was the flotsam and jetsam left behind by former tenants of rental properties owned by Fischel. 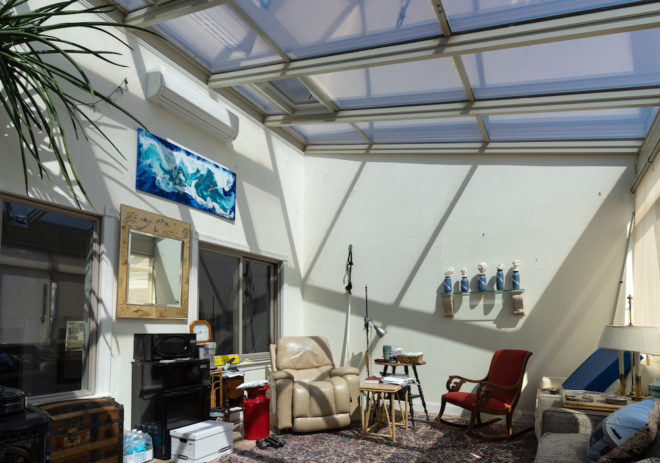 The sunroom on the second floor is Fischel’s favorite room. | Photo: Michael Bixler

Meanwhile, much of his collection is packed away, including hundreds of rock and roll concert t-shirts from Fischel’s former career as a master electrician working at music venues throughout the city. “Kids today are crazy about them because they are all bands from the 1960s,” he said.

Does this mean he is selling stuff on Ebay? No way. Fischel is a true purest. Nothing in his collection is bought or sold online. It is all about the pleasure of the hunt.