Ask a local to name something in Philly that was influenced by the French and a likely answer would be the Benjamin Franklin Parkway, Philadelphia’s own “Champs d’Élysées.” But the city’s connection to French design and art is much deeper and more extensive that that, extending far beyond the Parkway.

“So much of what Philadelphia looks like has been influenced by French architects,” said Therese Dolan, Professor Emerita of Art History at Temple University’s Tyler School of Art and Architecture. “Philadelphia has really adapted so many aspects of the beauty of Paris to our city.”

“The École des Beaux-Arts is what basically gives rise to what in America is known as the City Beautiful Movement, which reflects Beaux-Arts principles completely,” added her colleague Lynn Miller, Professor Emeritus of Political Science at Temple. “Some have said that the Benjamin Franklin Parkway is easily the most monumental example of City Beautiful thinking any place in the country.” 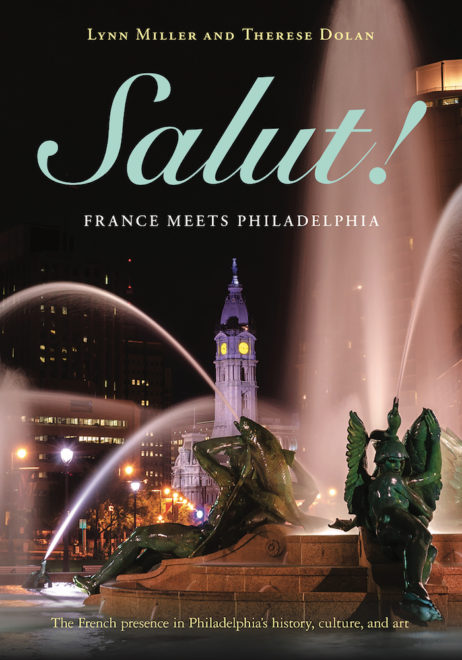 Dolan and Miller delve deep into the subject in a new book, Salut! France Meets Philadelphia, published by Temple University Press. In it they chart the influence of the French, from colonial times through the present, with an emphasis on art and culture.

Why France? The Franco-American relationship was significant, especially during the Revolutionary War, where France was an important ally of the American independence effort. “Philadelphia was the capital of the United States for 10 years, from 1790 to 1800, right after the point when the French had helped us win our independence,” noted Lynn Miller. “Huge numbers of French, including a good many liberal French aristocrats who wanted to help the United States be born out of idealism, came here and left an impact.”

Yet, as the new nation grew, waves of other immigrants caused a shift in Philadelphia’s population. “That is the period when individuals start to have a big impact, far more than a mass of French people who live here,” noted Miller. “Compared to other cities, it is rather distinctive that way.” 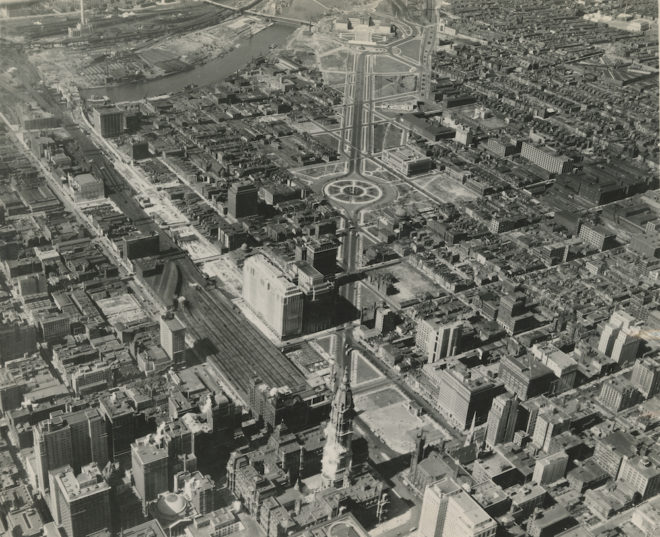 An aerial view of the Benjamin Franklin Parkway from City Hall in 1936. | Image courtesy of he Philadelphia Record photograph morgue collection [V07], Historical Society of Pennsylvania

The arts in particular were influenced by the French. “As Walter Benjamin said, Paris was the capital of the 19th century,” explained Therese Dolan. “If you wanted to succeed in art or music or literature you went to Paris. If you wanted to debut an opera you went to Paris. The same thing was true in the visual arts and architecture. Beaux Arts architecture was very important, with Paris as a visual model.”

Who were the people behind this French connection? Perhaps the best known are the principal designers of the aforementioned Benjamin Franklin Parkway, architect Paul Philippe Cret and landscape architect Jacques Gréber. “Paul Cret came to the United States as a very young man and a graduate of the École des Beaux-Arts in Lyon,” said Miller. “He came to teach in architecture at the University of Pennsylvania and quickly established himself as an important architect in the city. “The two of them put together this most monumental boulevard, deliberately wanting it to remind people, Americans, of the Champs d’Élysées in Paris. They were quite specific about that,” he continued. The French presence on the Parkway increased with the design for the Rodin Museum, which has more of the sculptor’s work than anywhere outside of Paris.

The Rodin Museum was a gift from movie theatre magnate Jules Mastbaum. “While on a trip to France, he fell in love with Rodin’s work and brought some sculptures back,” said Dolan. “He thought they’d be nice in the lobbies of theaters, I guess along with popcorn and Hershey bars. Then he decided it should be a museum unto itself.” 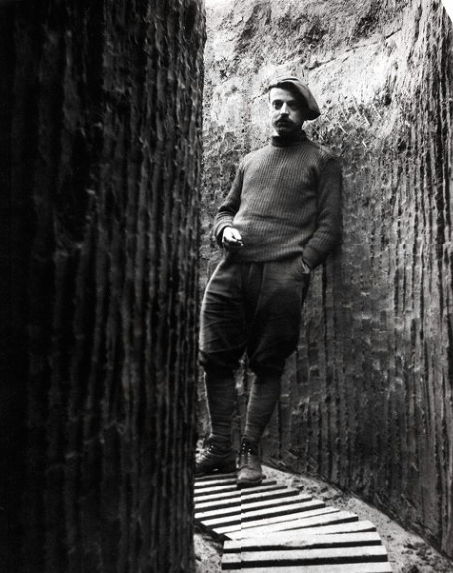 Architect Paul Phillipe Cret takes a smoke break during the Battle of Somme in 1916. | Image courtesy of the Architectural Archives of the University of Pennsylvania

Unlike many architects who specialized in types of projects, such as churches or monuments, Cret has a wide range of commissions to his credit. “He was an unusual individual and very influential to a generation and more of architecture students and others who followed him,” noted Miller. “The folks at Penn must have hired him because they saw someone promising and iconoclastic.” A sampling of Cret’s Philadelphia-area projects include the Benjamin Franklin Bridge, a redesign of Rittenhouse Square, the original buildings of the Barnes Foundation in Merion, the Federal Reserve Bank building at 925 Chestnut Street, and the National Memorial Arch in Valley Forge National Historical Park. Go further afield and you’ll find everything from dams to libraries to power stations to railroad passenger cars to a 172-foot Tower of Chimes.

Aside from the Rodin Museum garden and the Parkway, Gréber’s landscaping work was frequently for private mansions. Two Montgomery County examples included Lynnewood Hall in Elkins Park and Whitemarsh Hall in Springfield Township, both commissioned with architect Horace Trumbauer. The latter, which encompassed 300 acres, was demolished in 1980, while the former sits empty under the ownership of New York urologist and First Korean Church pastor Richard S. Yoon.

In addition to these two giants of French influence there were several others making a mark on Philadelphia throughout the 19th and into the early 2oth centuries. “Two of our most iconic buildings, the Cathedral Basilica of Saints Peter and Paul on the Parkway and the Academy of Music at Broad and Locust, were basically designed by another Frenchman, Napoleon LeBrun,” noted Lynn Miller. The son of France’s ambassador to the United States, LeBrun was 25 when he designed the latter. It employed a style that originated in the native Germany of LeBrun’s partner Gustavus Runge, called Rundbogenstil, or “round arch style.” 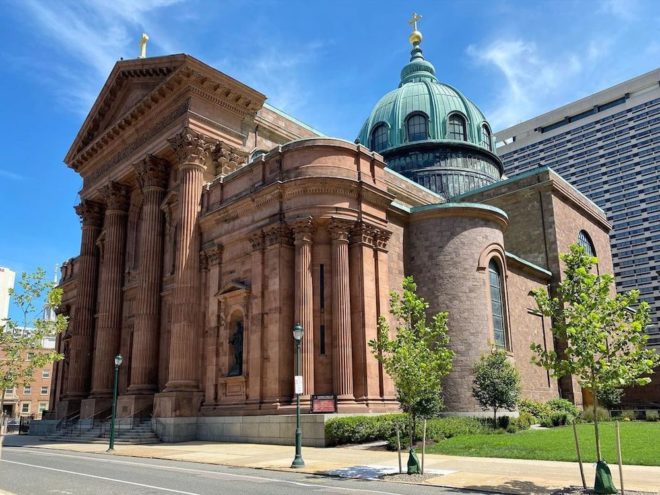 The Cathedral Basilica of Saints Peter and Paul on the Benjamin Franklin Parkway was built between 1846 and 1864 and designed by architects Napoleon LeBrun, John Mahony, John Notman, and many others. It was placed on the National Register of Historic Places in 1971. | Photo: Michael Bixler

Along the Schuylkill River, the chief engineer of the Fairmount Waterworks, Frederic Graff Jr., hired French immigrant Emile Geyelin to design a hydraulic turbine for the facility. Geyelin had apprenticed with France’s leading turbine maker, Nicolas Jonval, and came to America to design turbines for the DuPont company’s black powder mills.

In art and architecture, even native-born Philadelphians often had French influences, either as teachers or students. Theophilus Parsons Chandler Jr., the architect of many of the original buildings of the Philadelphia Zoo, was educated at Harvard University and in the atelier of Joseph Auguste Émile Vaudremer in Paris. He moved to Philadelphia in 1872 to work on the design of Ridley Park, Delaware County’s first planned community, and went on to found the Department of Architecture at the University of Pennsylvania in 1890. Other Chandler buildings in Philadelphia include the North Philadelphia train station at 2900 North Broad Street and the Swedenborgian Church at 22nd and Chestnut Streets, in addition to numerous churches and country homes.

Architect Frank Furness had a French connection once removed: he studied with Richard Morris Hunt, who was the first American to be admitted to the architecture school at École des Beaux-Arts in Paris. Both Thomas Eakins and Mary Cassatt studied in the highly-selective atelier of Jean-Léon Gérôme at the École des Beaux-Arts in Paris. After his own study there, fellow painter Robert Henri returned to Philadelphia and taught for many years at the Philadelphia School of Design for Women, the precursor to the Moore College of Art and Design. Henri’s colleague William Glackens, spent time in France throughout his life, although he never formally studied there, and assisted his Central High School classmate Alfred Barnes in his collecting of French art. 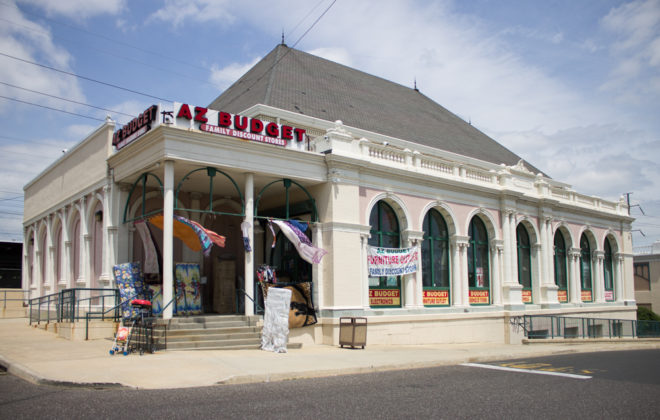 France’s presence, however, is not limited to architects and artists. In 1811, Congress declined to renew the charter for the First Bank of the United States, the central bank of the federal financial system created by Alexander Hamilton. Its Neoclassical building at 120 South 3rd Street was sold to Philadelphia’s most affluent citizen of French origin, Stephen Girard. “He was probably the richest man in the United States by the 1820s. He bought lock, stock, and barrel all the assets of the First Bank of the United States and turned it into Girard Bank,” said Miller.

That building contains one of Miller’s favorite examples of French influence. In contrast to the monumental and grand buildings created by the French in Philadelphia, this one is rather small. “It’s the tympanum above the pillars on the First Bank of the United States,” he said. That’s the semi-circular decoration over the entrance, lying above a lintel and with an arch above, often featuring sculpture or other imagery or ornaments.

“The tympanum was created to depict the American eagle,” Miller explained. “We think it may be the first time ever that the American eagle was displayed as a symbol of the United States. The creator was a French wood-carver named Claudius LeGrand.” 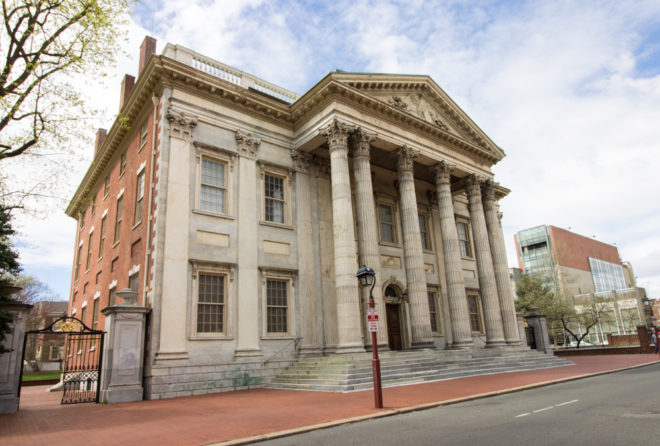 LeGrand’s eagle, dating to around 1797, is depicted holding the shield of the nation in one talon and a cornucopia in the other. During that same decade LeGrand again used an eagle motif to design the fire mark for the Insurance Company of North America, headquartered in Philadelphia.

Public art with a French connection abounds in the city, including the Swann Fountain and Shakespeare Memorial on Logan Square, created by École des Beaux-Arts-educated Alexander Stirling Calder, one of Emmanuel Frémiet’s statues of Joan of Arc near the Art Museum, Joseph Alexis Bailly’s statues of George Washington in City Hall and Independence Hall, and Antoine-Louis Barye’s sculpture, Lion Crushing a Serpent in Rittenhouse Square, to name just a few.

These buildings and artworks have become iconic symbols that represent Philadelphia. In their book, Dolan and Miller encourage us to consider the connections between the city and France and to see “the ways in which they have helped make Philadelphia the distinctive urban center that it is today.”