9th and Girard is Ripe for a Regional Rail Revival

In a recent Hidden City article I discussed the merits of reactivating a regional rail stop in Tioga which SEPTA had terminated in the 1980s. Such an action would open up new opportunities for neighborhood residents to easily and quickly access growing employment centers in West Philadelphia and at the Philadelphia International Airport. Exploring further opportunities for growing regional rail service, I believe that there is potential for reviving a stop at 9th Street and Girard Avenue, a section of the city that is currently exploding with residential construction.

Reviving a stop there? Was there ever a stop to begin with? SEPTA has no monopoly on service discontinuation. It was long practiced by the transit company’s predecessors Pennsylvania Railroad (PRR) and Reading Railroad (Reading). It is unlikely that any Philadelphian now recalls the PRR’s Zoological Garden station at 34th Street and Girard Avenue or the Reading’s 31st Street and Girard Avenue station, just to name two stops eliminated long before the advent of SEPTA. Add to that list the Girard Avenue Station located on the elevated Reading Viaduct in the air rights above 9th Street. 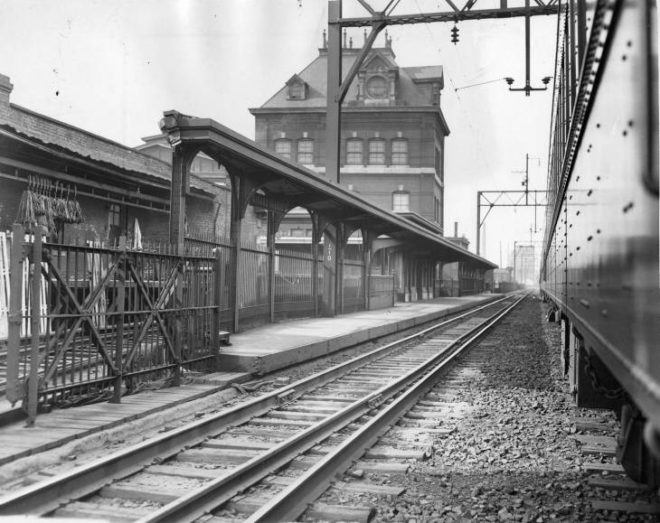 A photo from 1946 showing Girard Station at 9th Street in the foreground and the Girard Avenue Farmer’s Market in the background. | Image courtesy of the Special Collections Research Center, Temple University Libraries

There are a variety of good reasons why an old station may have to be terminated, just as there are good reasons why stations should be created. This article is not a nostalgic trip down memory lane, however tempting that may be, but an examination of what currently is happening at 9th Street and Girard Avenue and why creating a regional rail stop there could be a win-win for redevelopment efforts in the area, a growing number of neighborhood residents, and SEPTA.

It first needs to be acknowledged that 9th and Girard already has good public transit. The Market-Frankford El stops at Front Street nine blocks to the east, and the Broad Street Subway stops five blocks west. However, there are three substantial ideas to consider when judging why any additional service is needed. 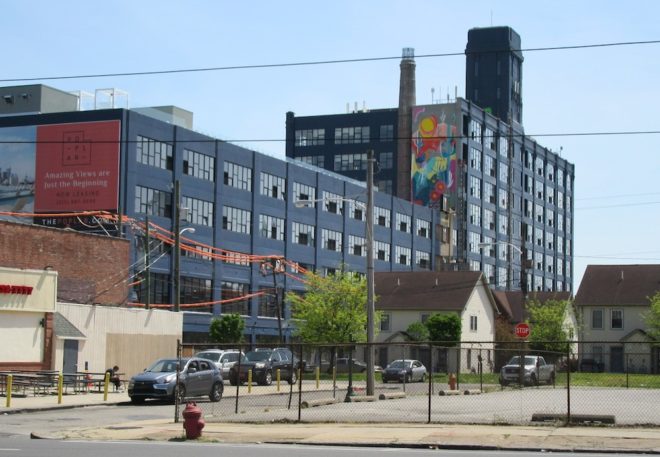 First, take a drive along Girard Avenue and you will see all of the new residential construction underway. Do a quick search online and you will find that more development in the area is being proposed. The former Strawbridge & Clothier warehouse at 9th and Poplar Streets is in the final stages of being renovated with 285 units. A block away, a 120-unit project is nearing completion. At Front Street and Girard Avenue, 107 units are proposed for a former 7-Eleven convenience store site, and at Broad Street and Girard Avenue 160 units will replace the CVS pharmacy. Nearly every vacant lot in the area, large and small, has a “For Sale” sign on it, and its not unreasonable to anticipate that hundreds more units could become available in the foreseeable future. A market for regional rail service is being created right now around 9th Street and Girard Avenue. 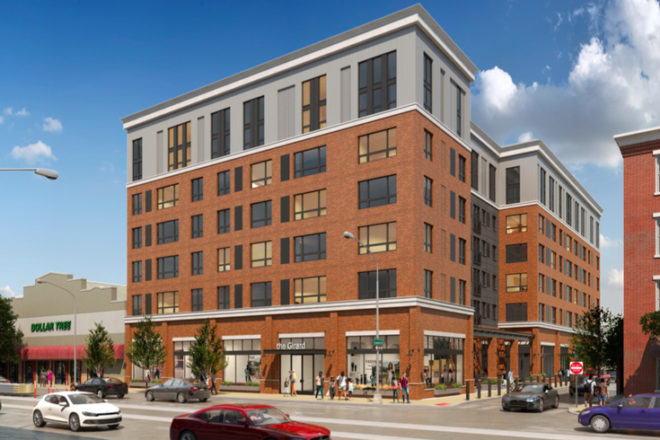 Rendering of a mid-rise apartment building planned for the lot that 7-Eleven currently occupies at 23 Girard Avenue. | Image courtesy of JKRP Architects

Second, it is apparent that rail transit is getting its day in the sun once again. SEPTA now has an extension of its Media/Elwyn line further to Wawa underway and, long term, this may lead all the way to West Chester. The transit company proposes to restore and extend service to King of Prussia, and Amtrak proposes the same to Reading. Not for nothing is the fact that the White House is occupied by a president that goes by the nickname “Amtrak Joe.” While the probability of all of these rail dreams and schemes becoming reality is less than 100 percent, having such hopes and engaging in conversation is crucial, especially now at this propitious time. As famed architect and urban planner Daniel Burnham once wrote, “Make no little plans. They have no magic to stir men’s blood.”

Third, there is $5 billion in construction underway or proposed in West Philadelphia centered around University of Pennsylvania, Drexel University, and Schuylkill Yards. Reviving a regional rail station at 9th Street and Girard Avenue could provide a “one seat ride,” the transportation planner’s Holy Grail, to new jobs near 30th Street Station and Penn Medicine Station. It would also provide access to employment and shopping throughout SEPTA’s regional rail network. Why not give it a look?