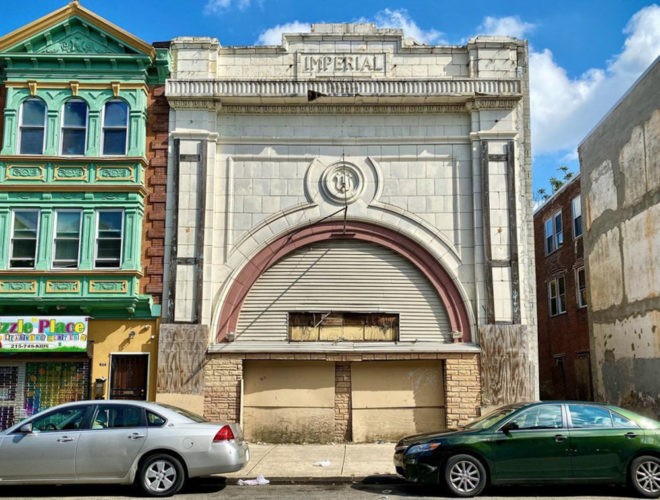 Wander around West Philadelphia for even a brief stroll and chances are you will pass by a repurposed old movie theater. Most date back to the era of grand cinema palaces during the early 20th century. With the advent of talkies, going to the movies became a ritual in American culture. By the 1940s, West Philadelphia had more than a dozen places to watch a film. By the second half of the 20th century, as the tastes and demographics of the neighborhood changed, so did these spaces. Many of the area’s studio era theaters were repurposed to meet the current needs and wants of the community, transforming into night clubs, churches, community centers, performance spaces, and more. 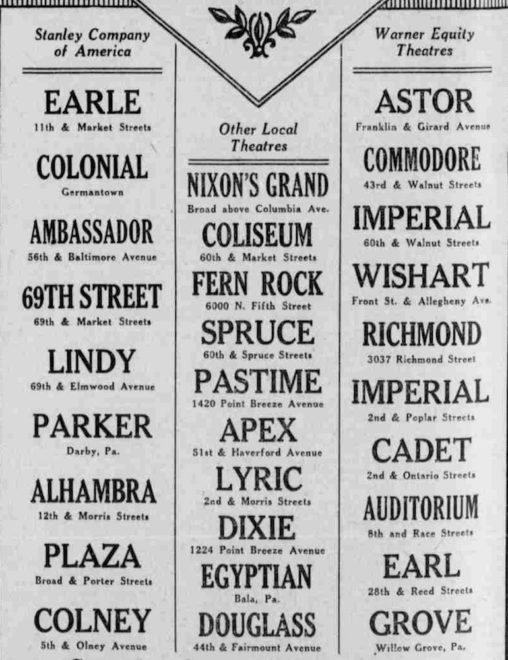 The West Philly theater was one of two Imperial Theaters in the city in the 1930s. | Image courtesy of Rutgers University Libraries

In 1914, the Imperial Theater, 60th Street’s first movie palace, opened just off Chancellor Street, as the EL-aligned thoroughfare was becoming the hub of the rapidly-growing western end of West Philadelphia. Diplomatic and imperialist terms were fashionable for movie theater names at the time. At one point Philadelphia boasted two Imperial Theaters. The other was located in Northern Liberties in a building now occupied by the Cescaphe Ballroom.

When the 60th Street Imperial Theater opened, the two-story archway revealed a stained-glass transom and was adorned with two brass trusses lined with lights. The Imperial’s’ signage was placed in the center of the arch, facing outward so it would be seen in either direction from the sidewalk and street. Above the archway was another Imperial sign, using large illuminated letters so it could be seen from across the street and through traffic. By the end of World War I, as Philadelphia emerged from the last global pandemic, the Imperial joined a growing list of Warner-owned cinemas, which in the era of the studio system meant the theater would show Warner Brothers productions exclusively.

Advertisements from the 1920s emphasized the theater’s air conditioning, a relatively new luxury in public spaces. Many theaters relied instead on large ceiling mounted fan systems and windows. The Imperial thrived through the 1940s. During World War II the Imperial continued to show movies. It was also one of several theaters to play host to weekly newsreels sponsored by the Philadelphia Inquirer, which were simulcast throughout the region. 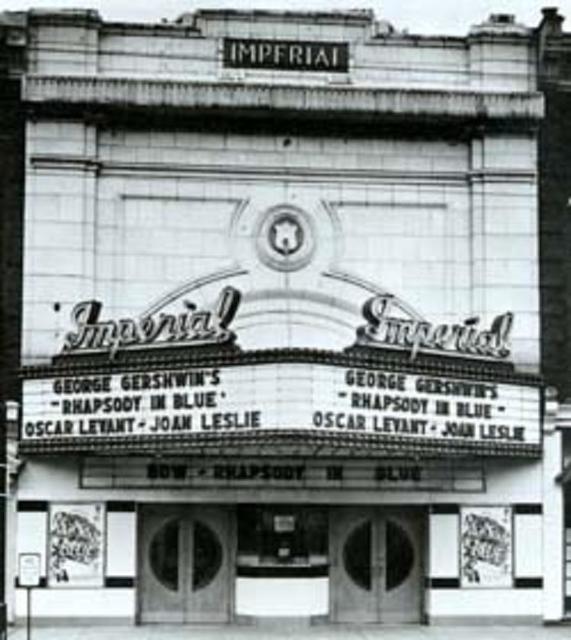 The Imperial Theater at 60th and Chancellor Streets in 1945. | Image courtesy of Cinema Treasures

The Imperial’s run as a movie theater ended a few years after the war. In 1953, the building was purchased by Donald Bean and James Toppi, Sr. for $40,000. The plan was to transform the space into a roller skating rink. Toppi, who was a sports and entertainment promoter mostly remembered for his role in the Philadelphia boxing community, took control of the Imperial and began the conversion. The seating area was removed and the floor flattened to accommodate a large ovular surface for roller skating. In 1961, Toppi applied to the Department of Licenses and Inspections (L&I) to get approval for the theater to become a dance hall at night. Several community members as well as the district’s police commander opposed the change, fearing it would be noisy and a nuisance space where patrons would damage houses, fight, and generally cause an unsafe environment. However, Toppi prevailed. In a three-page opinion approving the conversion, L&I cited Toppi’s investments in the neighborhood–he also converted the old Orchid Ballroom on Market Street into a nightclub–as part of their rationale in approving the project. L&I did advise Toppi to “keep police problems to a minimum,” but did not outline any consequences should he not do so. Although Toppi sold the Imperial in 1965, the community’s concerns would come to fruition in 1966 when 19-year-old Richard Levi was fatally shot by 24-year-old Richard Lewis in an argument over a date. 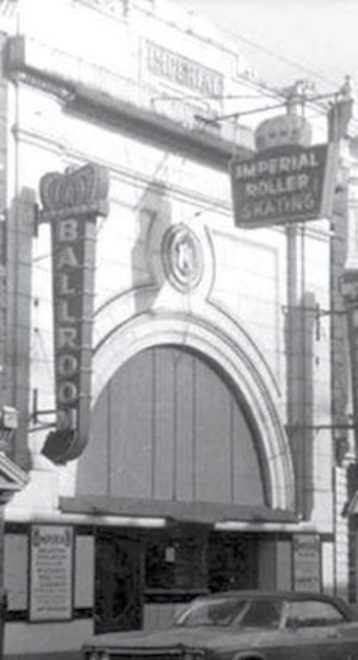 The Imperial Ballroom and Skating Rink circa 1965. | Image courtesy of the Philadelphia Tribune

Despite this isolated incident, the Imperial Ballroom thrived, hosting dances, music acts including Overbrook’s The Orlons, as well as weddings and other events. For the next three decades the Imperial Ballroom served as a center for nightlife on 60th Street. According to former Councilperson Jannie Blackwell, who grew up at 58th and Catherine Streets and represented the 3rd District from 1992 to 2020, the venue was “the heart of the neighborhood. Everybody loved it.” In a 2017 article, Philadelphia Tribune contributor Alonzo Kittrels shared mixed feelings about his time at the ballroom, but concluded it was “big fun.” In 1982, a group of Overbrook High School alumni organized an event at the Franklin Hotel which recreated spaces from their youth. One room was dressed up as the Imperial Ballroom.

The run of the event hall ended in the late 1970s, the victim of changing entertainment tastes and divestment in the neighborhood. Like many old theaters, the Imperial eventually became a church. The Baptist Church of the Blessed Lord was the final public occupant of the space. Following its closure in the 1990s, the building was used as a storage space and deteriorated over the proceeding decades. 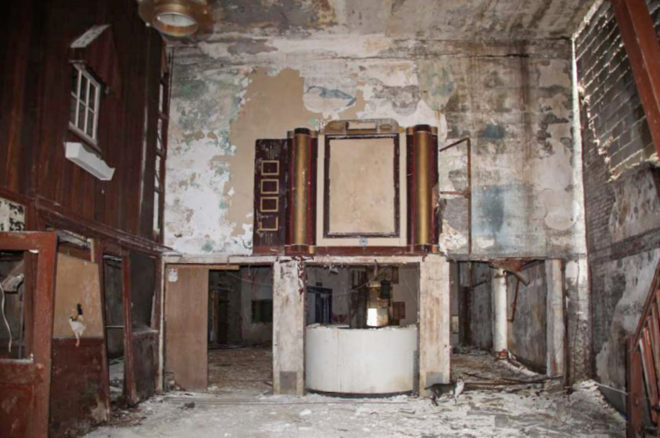 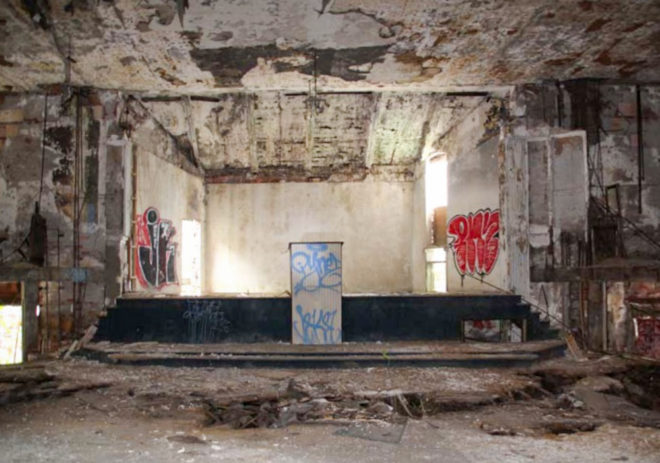 Interior photos of the Imperial Theater show the lobby and ballroom in states of decay. | Photos: West Philadelphia Real Estate

By 2012 there was renewed interest in the Imperial building. Partnership CDC planned an expansion of the aquaponics center they operated in partnership with Cheney University at 60th and Walnut Streets, but it never materialized. Enter West Philadelphia Real Estate (WPRE), a for-profit developer that primarily rehabilitates West Philly row houses for affordable housing through low income housing tax credits allocated by the Pennsylvania Housing Finance Agency (PHFA). The group purchased the Imperial building and several adjacent properties along 60th and Chancellor Streets in 2015, with a plan to revive the ballroom and build affordable housing and retail space around it. A string of violent incidents in 2016 delayed the project, but it is now back on track. The initial plan called for retaining the entirety of the Imperial’s building structure and reviving the ballroom as a community space. Unfortunately, decades of abandonment left the both the interior and structural elements uninhabitable, and WPRE made the decision to demolish all but the facade of the building,

George Bantel of WPRE says saving the facade is intentional. It will serve as the central focal point of the new project, which is being designed by local, sustainable architecture firm Bright Common. Although the demolition of the ballroom might raise a preservationist’s ire, the new project manages to address a present community need for affordable housing and community and retail spaces while honoring the block’s history. The choice of brick helps the project integrate into the early 20th century structures surrounding it while keeping the Imperial as the focal point. However, the lack of ground floor windows on the corner of Chancellor Street disrupts the visual symmetry of the project and is a curious omission given windows would look out onto a small public park. The new buildings conform to the scale of the block’s height and depth. Making it a mixed-use structure further reflects the history of 60th Street. While 52nd Street has long been a central commercial district, 60th Street has always been a mix of commercial and residential properties. 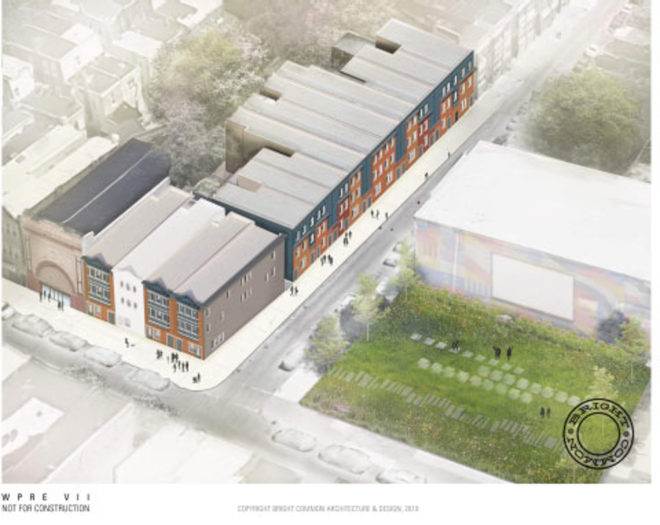 The finished project will include 30 affordable housing units, including six units designed for people with disabilities–with two designated for hearing and sight-impaired residents–ground level retail, and three community spaces. In a nod to its history, the community space will include a ballroom that can be booked for weddings and other events, signaling the return of the Imperial as a 60th Street cultural and community gathering space. According to Blackwell, “This is the heart of the community. Anyone with any time on Earth will want to be first in line to see what can happen.” Construction is scheduled to begin in June 2021.