When Paul Revere allegedly cried, “The British are coming!” he wasn’t riding a horse up the Great Road, now known as Germantown Avenue. If he had, he would have encountered a strange sight. British troops running down the avenue celebrating their victory of the Battle of Germantown by blowing on pipes ripped out of the organ at Saint Michael’s Evangelical Lutheran Church.

Now, it isn’t the Continental Army that is advancing down Germantown Avenue. It’s urban revitalization, conducted with an eye to historic preservation by developer Ken Weinstein. After his company Philly Office Retail purchased the 125-year-old church at 6671 Germantown Avenue, Weinstein repurposed it without altering its place of pride in the community. The only indication of change is a discreet sign that reads “Mt Airy Pediatrics.” 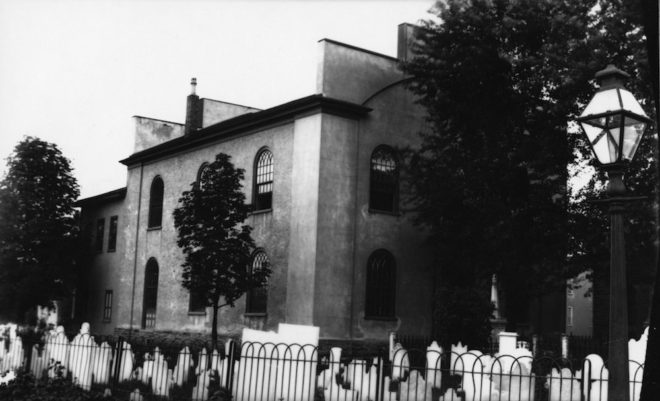 The congregation of St. Michael’s first church, pictured here in 1865, was built around 1730. | Image courtesy of Germantown Historical Society

“We renovated the church’s social hall and leased it to Mt. Airy Pediatrics,” said Weinstein who noted that this adaptive reuse was recently nominated for a 2021 Preservation Alliance Community Preservation Award. The only building on the property that was sold is the parsonage, a three-story Federal-style house built in 1855 that will be renovated into apartments.

Philly Office Retail still owns the three other buildings on the church grounds: the chapel, the social hall (formerly St. Thomas Hall), and the historic Beggarstown Schoolhouse that was built in 1740. As for the 5,000-square-foot Gothic Revival church, designed by Philadelphia architect T. Frank Miller in 1896 with stained glass windows by William Reith, it is available for rent. 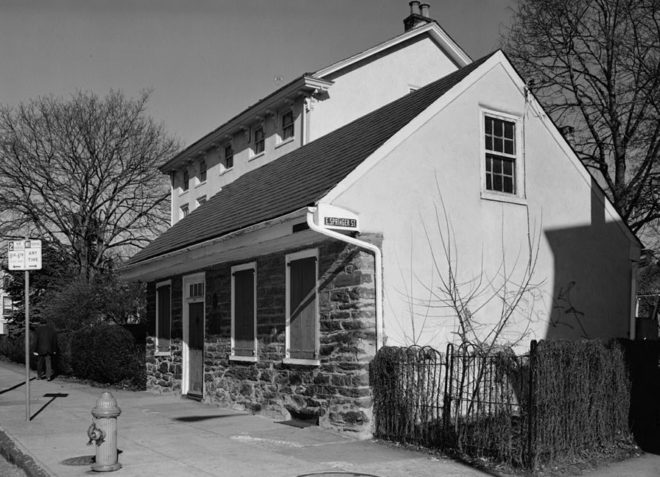 Originally named the German Lutheran Congregation, Saint Michael’s was founded in 1728 by German immigrants in what we now know as Mt. Airy, but, at the time, was Germantown, a rural borough outside the city limits. The original grounds covered four acres. The first church is believed to have been built in 1730. In 1740, the Beggarstown School, a rare surviving example of a one-room Colonial era school building, was erected on its grounds as one of the first Sunday school’s in America. The name Beggarstown refers to the original name of the village that had existed along Germantown Avenue between Upsal Street and Gorgas Lane. Listed on the National Register of Historic Places, the former schoolhouse, in use for education until 1818, is currently Alena’s Cafe, a popular breakfast and lunch eatery. When the original church building was expanded with a bell tower in 1746, Benjamin Franklin was among the contributors. A deist, Franklin was an avid supporter of all religious denominations, including synagogues.

Saint Michael’s reflected its members challenge of, not just British rule, but of Old World doctrine. Reverend Henry Melchior Muhlenberg, considered the father of Lutheranism in the United States, immigrated to Philadelphia in 1742 and brought with him an autocratic, European style that did not play well with the American congregants. Muhlenberg dictated the selection of pastors at three churches, including Saint Michael’s. By the 1760s, Saint Michael’s rebelled and demanded the right to elect their own pastor, a radical idea at the time. The conflict rose to the colonial Supreme Court, resulting in granting the right of free elections to the congregants and, in doing so, setting the tone for the U.S. Constitution. 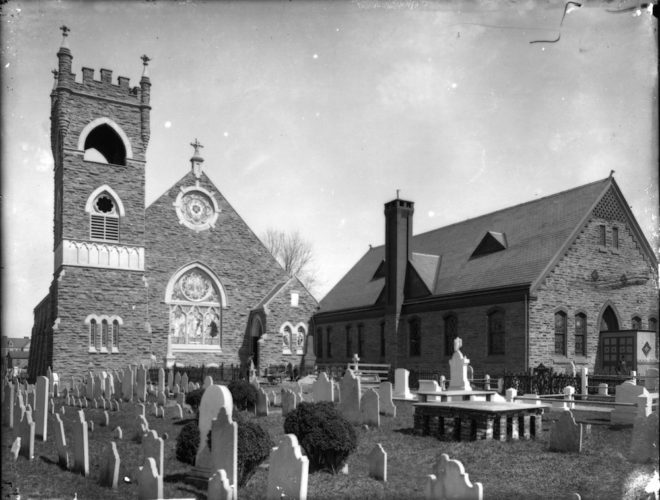 “It was groundbreaking because it inverted the traditional European paradigm that had authorized the landed gentry and city councils to oversee congregations,” wrote Reverend Karl Krueger, Ph.D., Professor Emeritus at the Lutheran Theological Seminary in his contribution to the Encyclopedia of Greater Philadelphia.

During the Battle of Germantown in 1777, the parsonage was looted and the church was occupied by the Continental Army. 700 Patriots were killed and wounded. Another 400 were captured. According to lore, George Washington took time out from commanding troops to knock back a few beers at a Colonial Inn next to the church. Saint Michael’s Cemetery, now under the supervision of United Lutheran Seminary in Mt. Airy, contains the graves of five Revolutionary and 20 Civil War soldiers, as well as seven from the War of 1812.