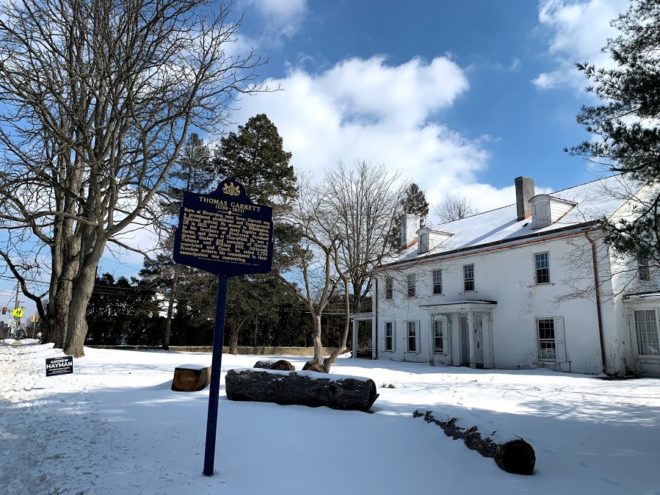 In a scene from Ta-Nehisi Coates surrealist Underground Railroad novel The Water Dancer, Hiram Walker wanders west through Philadelphia until he comes upon Cobbs Creek, seeing “a forest at the south-westerly recesses of the city.” Just beyond this scene sits Sellers Hall, which is the penultimate stop along a new self-guided walking tour of Upper Darby’s Underground Railroad sites. The tour was introduced in February as part of Upper Darby’s Black History Month commemorations. According to Mayor Barbarann Keffer, making it a self-guided walking tour allows people to safely get outside and experience this history in the midst of a pandemic.

Prior to the early 20th century development around 69th Street, Upper Darby was a sparsely populated community where the West Philadelphia countryside ended and Delaware County began– a span of scattered farmhouses occupied by the same families for generations. Two of those families, the Sellers and the Garretts, established roots in Upper Darby in the Colonial era. Much of the Underground Railroad history revolves around properties once owned by these families. 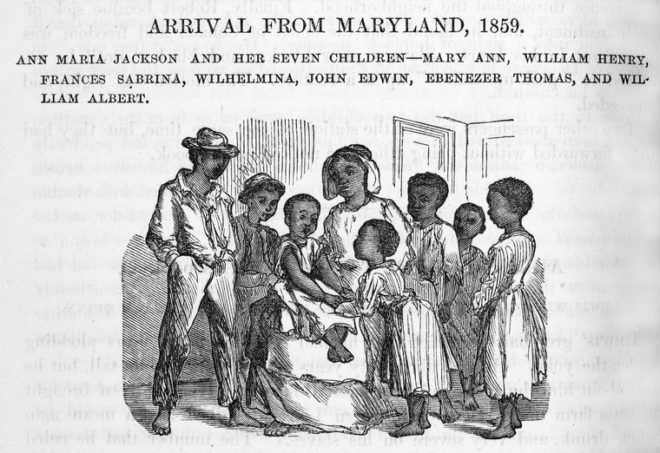 Thomas Garrett Jr. was a Quaker abolitionist who was born in Upper Darby, but later moved to Delaware, a slave state. Garrett was a conductor along the Underground Railroad and would assist Black freedom seekers primarily from Delaware and Maryland make the journey from Wilmington to his brother Edward’s home in Upper Darby, from which they would continue north or find safe housing and work in Philadelphia. Thomas Garrett’s birthplace, a well-worn colonial home, is the first stop on the tour.

A few blocks away, Edward Garrett’s home, now the site of a Catholic school, saw the passage of hundreds of freedom seekers, including Ann Marie Jackson, who liberated herself from Maryland with seven of her nine children. In a letter written by Thomas Garrett to the abolitionist and civil rights activist William Still, Garrett states he aided “a color’s woman and seven children,” getting to Upper Darby. Jackson is one of the few woman-led journeys noted in Still’s 1872 history of the Underground Railroad. 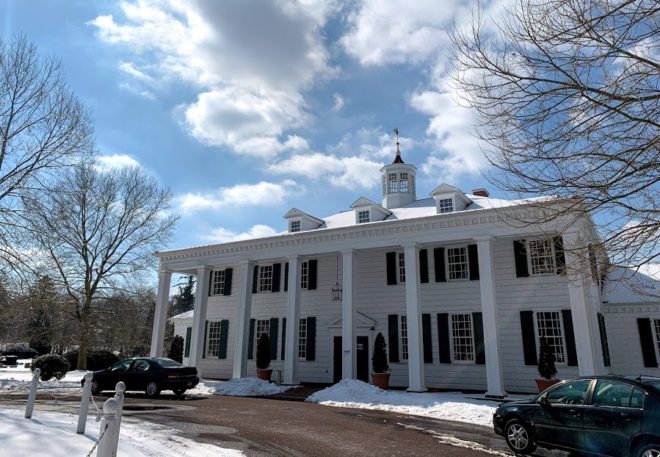 The walk continues to former site of Riverview Farm, now Arlington Cemetery. Anchored by a Mt. Vernon replica dwelling once owned by the Garrett family, the site houses a small museum of regional Underground Railroad history, with information on the Upper Darby families who served as conductors, and the Black men and women including Still and Harriet Tubman who risked their lives and freedom aiding others. The museum is free and open to the public. It contains letters as well as sobering artifacts of slave life and experience.

The Sellers family likewise has deep regional roots. Abraham and Elizabeth Sellers Pennock lived on the Hoodland estate, now part of the Sellers branch library, which is the fourth stop on the tour. The Pennock’s were active in the Pennsylvania Anti-Slavery Society, and Abraham Pennock edited the journal The Non-Slaveholder, which advocated the boycott of all slave-made goods. 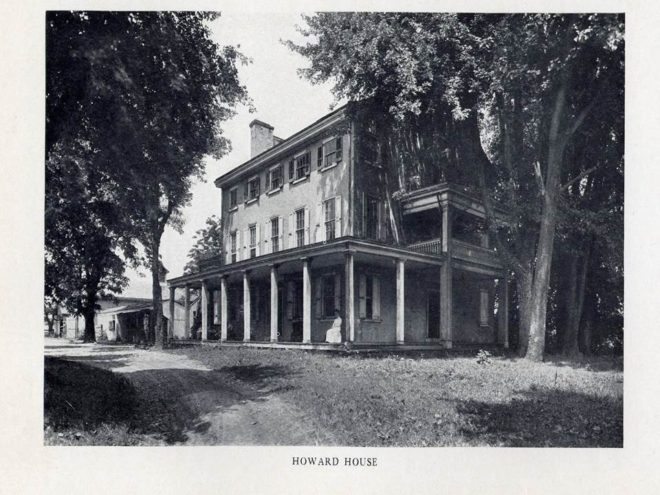 Generations earlier, Samuel Sellers built the home now known as Sellers Hall in the late 17th century. John Sellers, one of the founders of the American Philosophical Society, was born at the home. His descendent Abigail Sellers married into the Garrett family, and the home became the easternmost stop in Upper Darby on the Underground Railroad. An 1818 landscape painting by Charles Willson Peale features a distant image of Sellers Hall.

The tour is the beginning of recentering the Underground Railroad in Upper Darby history and is a work in progress. This is particularly noticeable at the sites where a related building no longer exists. The locations lack signage or markers indicating anything happened there. That is something members of Upper Darby Historic Commission would like to change. They would like to see the National Park Service’s Network to Freedom markers at the former Edward Garrett house site and the former Howard House, now Pica’s Restaurant. Where there are historic markers, the narratives revolve around the white property owners with little said about the hundreds of Black men, women, and children who came through these properties. Recentering Black narratives will take work, yet it is necessary to reflect the full historical meaning of these buildings and sites and build a more equitable narrative in a community where over 40 percent of the population is non-white. 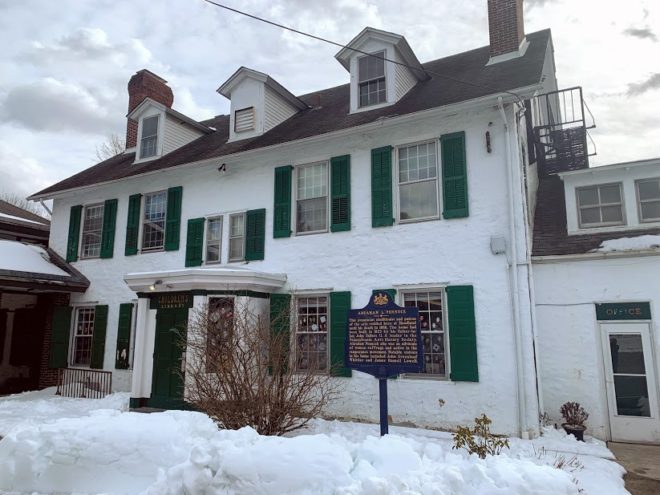 Although the tour marks a new beginning in telling the role Pennsylvania’s sixth largest municipality played in Underground Railroad history, work on getting to this point started several years ago. Upper Darby Council members, the Upper Darby Historical Society, and regional organizations have worked to bring this history to light. Decedents of the Garrett and Sellers family who remain in the area have also helped to keep this history alive. Robert E. Seeley, a descendent of Thomas Garrett, has documented and taught his family’s history and involvement in the Underground Railroad for decades and was instrumental in getting the Underground Railroad museum space at Riverview. More recently, UDTJ, an Upper Darby-based Black Lives Matter group, hosted a walk of the sites. Ideally their voices will help guide how the history is framed and taught going forward. 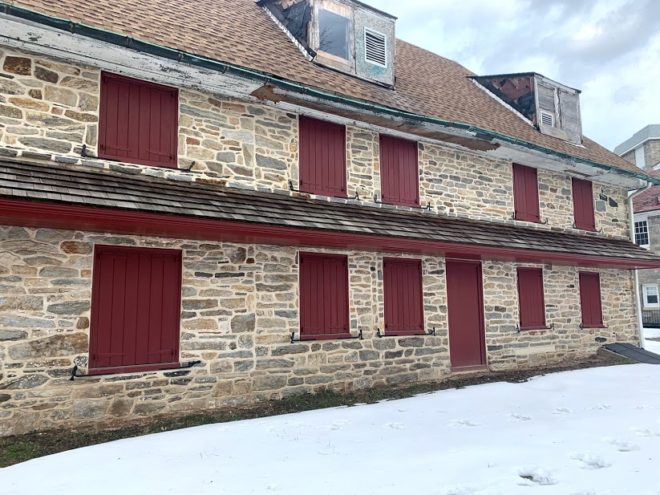 Lessons from the Underground Railroad may be the most important goal of the tour. Damien Christopher Warsavage, a native of Upper Darby, attended the public school system here and was elected to the School Board in 2019. He sees the tour and the renewed interest in this history as coming at the right moment. “It’s a lesson in allyship. It’s an opportunity for young folks of different backgrounds to experience their history on a local level and show how allies can work without a spotlight and use their privilege to aid others.” Warsavage recalls how local history was taught when he and his three siblings were in school. It was focused primarily on touring sites like Collenbrook Farm, lessons which did not always reflect the intersectional history and experiences of the diverse student body. “This is all our history. It’s not all pretty, but it is important and shows a more complete history of Upper Darby.” 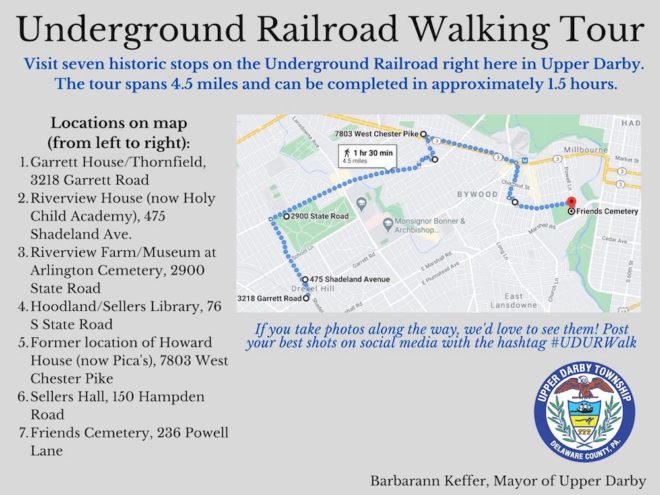 To access the self-guided tour by public transit, take the 101 or 102 trolley from 69th Street Transportation Center to Drexel Hill Junction. The Thomas Garrett House, the first site on the tour, is a block away. At the end of the tour, at the Friends Southwestern burial ground, walkers can pick up the 42 bus on Marshall Road, which runs through West Philadelphia and Center City to Penn’s Landing. Download a trail guide HERE.