Clothier’s Castle on the Main Line a Lesson in Adaptation 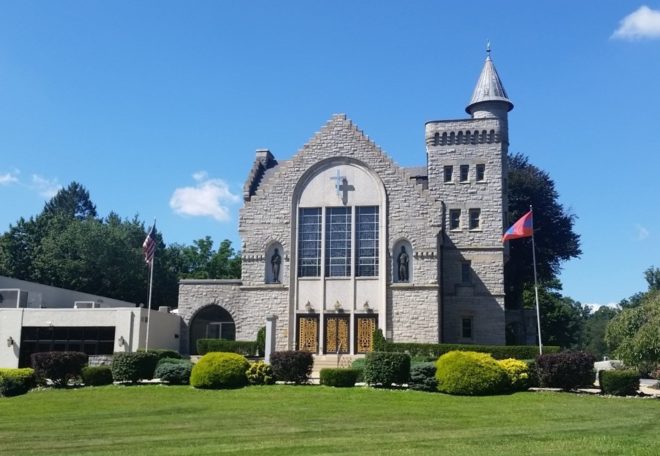 What do a Gothic fortress, an elite school for girls, a Hollywood movie, and a church have in common? They were all located on the Wynnewood estate of Philadelphia department store magnate and philanthropist, Isaac H. Clothier.

In the mid-19th century captains of industry bought up former farmland on the Main Line and erected massive castles to reflect their wealth and escape the tidal waves of immigrants flooding into the city. In 1865, Isaac Hallowell Clothier of, yes, Strawbridge & Clothier, commissioned architect Addison Hutton to design a Scottish Baronial fortress, a style popular in Great Britain and Scotland at the time, on 60 acres of what had been Henry Morris’ Maple Grove Farm. It was located along Lancaster Avenue, the main thoroughfare, and close to the new Wynnewood train station. 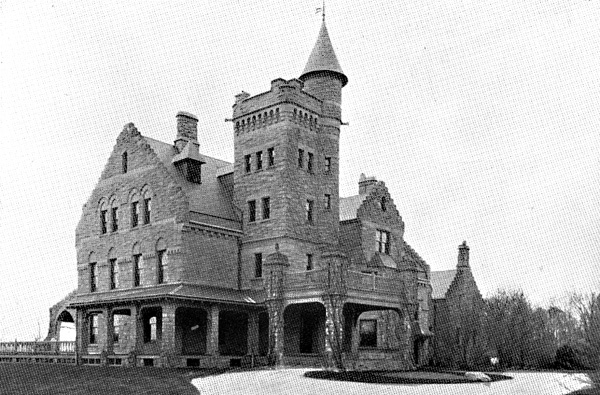 The Clothier Residence aka Ballytore in its original architectural configuration in 1901. | Image courtesy of The Athenaeum of Philadelphia

The choice of Hutton was a given. Both Clothier and his partner Justus Clayton Strawbridge were devout Quakers. Hutton, known as the “Quaker architect of Bryn Mawr” had already designed buildings on the campuses of Bryn Mawr, Haverford, and Swarthmore Colleges. A protégé and partner of architect Samuel Sloan, Hutton also designed the Historical Society of Pennsylvania at 13th and Locust Streets, Friends Select School at 16th and Cherry Streets, and the former Ridgeway Library, now the Philadelphia School of Performing Arts, on South Broad Street. More importantly, Hutton designed the Strawbridge & Clothier department store at 8th and Market Streets, as well as Justus Clayton Strawbridge’s Torworth mansion on Schoolhouse Lane in Germantown.

Clothier named his Wynnewood estate Ballytore after a Quaker town in Ireland. It was constructed of massive grey granite stones with a gothic-inspired, four-tiered square defensive tower with a cone-shaped top. Wyoming Valley bluestone was used for bands and copings and the roof was blue slate. The estate consisted of the main estate house, stable house, and a carriage house. The house originally featured a turret with narrow windows on each level, crenelated walls, a semi-encircling covered porch, and a porte-cochere with what appear to have been a sentry gatehouse at each of its four corners. The steeply-peaked roof is another Hutton signature. A second house was added in 1912. 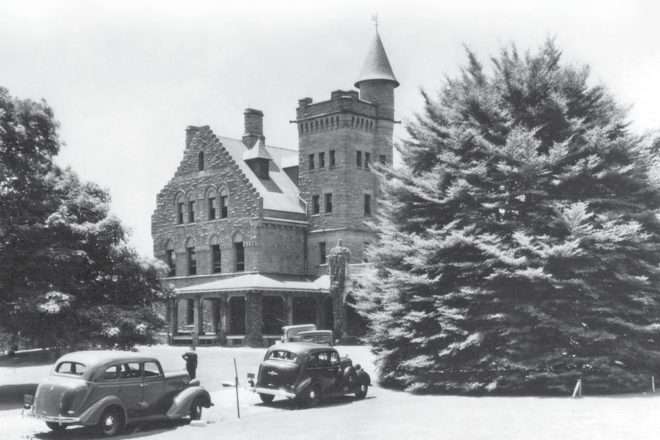 Compared to other ornate Main Line castles of its time, such as Maybrook, Ballytore was considered restrained, due perhaps to Clothier’s preference for simplicity. The same can be said for the interiors which were described as grand without being as elaborate as other lavish estates of the day.

Clothier resided at Ballytore until his death in 1921. In 1933, the estate was rented to the Agnes Irwin School, which purchased it in 1936. The school, previously been located at 19th and Spruce Streets, was founded in 1869 by Agnes Irwin, a great-great-granddaughter of Benjamin Franklin, who later became the first dean of Radcliffe College. The Agnes Irwin School was attended by daughters of Main Line socialites and moved to its present location in Rosemont in 1961. 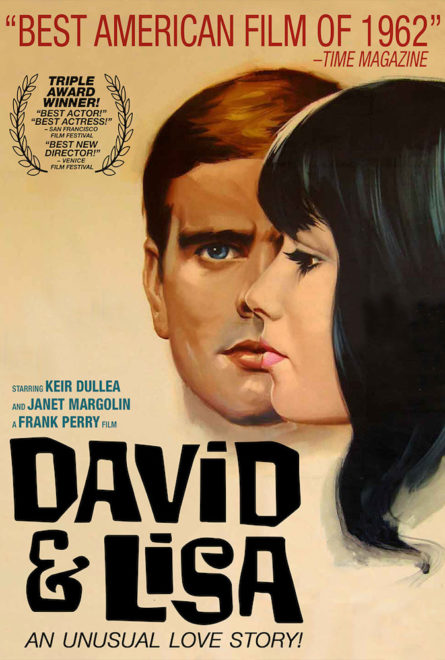 A poster for the 1962 film David and Lisa which was filmed at the Clothier Residence. | Image: IMDb

The following year Hollywood came to Wynewood, using Ballytore as the setting of David and Lisa, rated Best Movie of the Year by Time Magazine. If you never heard of it, you’re not alone. The film was shot in black and white when movies were switching over to Technicolor. But it was the subject that turned it into an obscure cult film. The movie temporarily transformed the estate into a mental institution for teenagers. David, played by Kier Dullea, had a fear of being touched. Lisa, his girlfriend, had a split personality. Looking at the trailer today, it is a wonder the film ever made it to the screen. It had a low budget of $183,000. The acting is stiff, the mood depressing. But in 1962, the topic of mental illness was hot. So was the response of the community to having a film crew in their backyard. 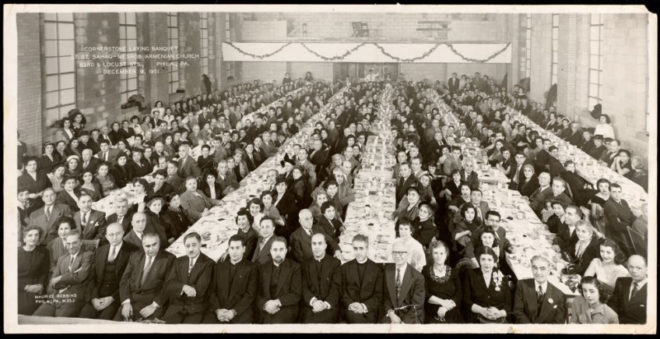 In 1963, Ballytore became the home of Saint Sahag Saint Mesrob Armenian Church, relocated from the Cobbs Creek section of Philadelphia. The church’s first home in 1917 was at Broad and Pine Streets, after which it had various locations in West Philly. The move to Wynnewood signified the growth of the Armenian community and its exodus from the city. Plans for the new church were designed by architect John Samelian, a member of the parish. The overall structure and interiors of the original home transitioned well into a church, although Clothier would surely balk at the ecclesiastic splendor of his former Quaker home.

In retrospect, each repurposing of Henry Morris’ farmland reflected a dramatic demographic change in Wynnewood. When cows and chickens were replaced by merchant kings, it signaled an economic boon, as well as the concept of “exclusivity.” Other than as servants, there were no African Americans on the Main Line. No Jews, Italians, or Armenians need apply either. However, by the 1950s savvy developers were building middle class housing for World War II vets, regardless of ethnicity or religion, right up to Ballytore’s doorstep. If Isaac Clothier were to peer out of his fortress today, he would not see a pastoral landscape. He would see Whole Foods.