Bullets Along the Delaware and the Paradox of a Nature Trail 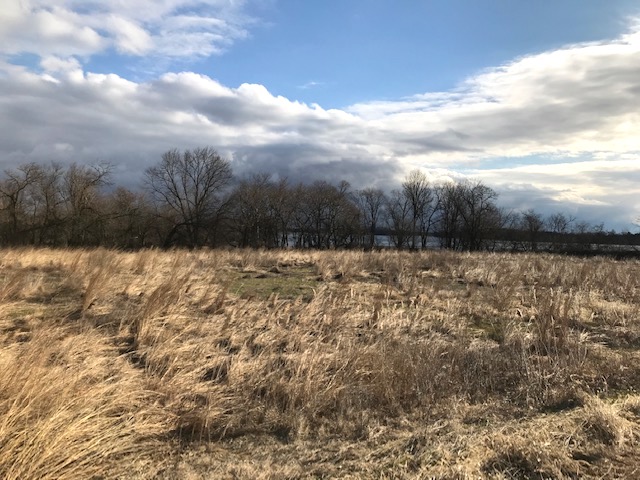 Along the Baxter Trail at Pennypack on the Delaware Park. | Photo: Ann de Forest

The Philadelphia Police Training Center and the Philadelphia Fire Academy down the road occupy a particularly picturesque patch of land on the banks of the Delaware. Here is where Pennypack Creek flows into the river. Where an ambitious, decades-long restoration project has transformed the creek watershed into a slowly flourishing habitat of wetlands, meadows, and woods–the 65-acre Pennypack on the Delaware Park, a way station for migratory birds, and nesting spot for at least one pair of bald eagles. The river laps by, wide and serene. A fringe of woods soften the view of New Jersey on the other side.

Four weeks ago, when Walter Wallace, Jr., a young Black man, husband, son, father, and imminent father-to-be, was shot and killed by two Philadelphia Police officers not far from the West Philadelphia neighborhood where I live, I flashed back to a walk through that riverside park I took back in pre-pandemic February. Baxter Trail, which wends through the park, begins at a gated entrance between the two academies. The gate is padlocked from Labor Day to Memorial Day, however one of my companions that day had a key. We loosened the chain. It was a bright winter morning. The sun’s strong, low rays enlivened the varied shades of brown–earth, beach grass, tree trunks, and branches, some graced with a few stubborn dry leaves.

My companions and I had the entire park to ourselves. All was tranquil. Or almost. A steady percussive clamor competed with the soft rustles and chirping birdsong. “Blam! Blam! Blam! Blam!” Like a blast of hammers pounding at once. Not construction, as my companions and I had originally surmised, our ears reading the booms from a distance. More like destruction. A thousand miniature explosions. The park abuts two outdoor firing ranges: the recreational Holmesburg Fish & Game and the Philadelphia Police Training Center. A long, tall plank fence, the blonde wood tastefully matching the landscape’s winter palette, blocks the target practice from view and, theoretically, protects trail walkers from ricocheting bullets. But no fence can mask the persistent sound of gunfire. 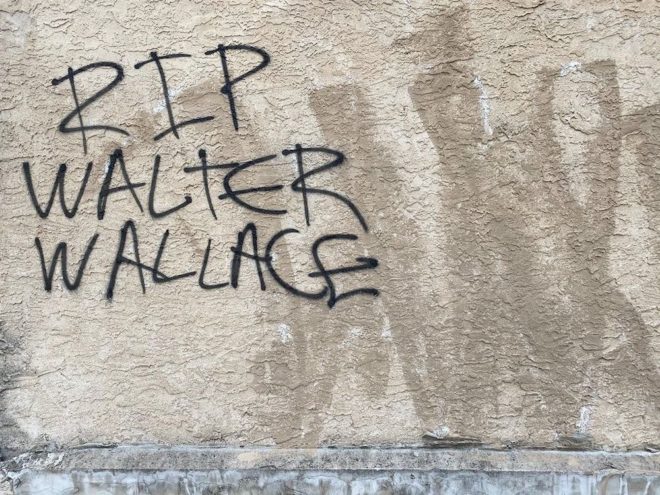 Philadelphia is rife with such incongruities, of course, and the stretch of the city’s northeast corner between I-95 and the Delaware River, is a Dadaist’s dreamland. Its particular absurdities were in the national limelight recently thanks to Rudy Giuliani’s antics at Four Seasons Total Landscaping, next to Fantasy Island Adult Books, across from a crematorium, and just a bit down State Road from the two training centers. But the disjunctions along the Baxter Trail are even more unsettling.

The day that Walter Wallace, Jr. died I couldn’t shake the memory of the gunfire from the police firing range out of my head. The morning of his death, Wallace was suffering from a mental health crisis. His family called 911 seeking help. They didn’t realize that 911 was a gamble, a game of Russian roulette. Whether Wallace lived or died that day depended on which City service showed up first. On the video a neighbor recorded on his cell phone, Wallace’s mother can be heard calling her son back to the safety of their front porch, and then, shouting, pleading for the police officers not to shoot. The officers didn’t listen. And I can’t help but think of the hours those officers, as cadets, logged at the police training firing range, their headphones blocking extraneous noise, as they aimed at cut-out silhouettes of human beings.

Like a real life board game, the two options available to Walter Wallace, Jr. and his family on October 26 lie on either side of the Baxter Trail. The Lady or the Tiger. On our left, visible through a chain link fence, the motley assembly of structures used to train Philadelphia firefighters, a few bright red trailers and a bombed out brick apartment building, a housing type common throughout Philadelphia, to stage simulations for dousing blazes. And to our right, that wooden plank fence, already warping, shielding us from the barrage of bullets behind it. 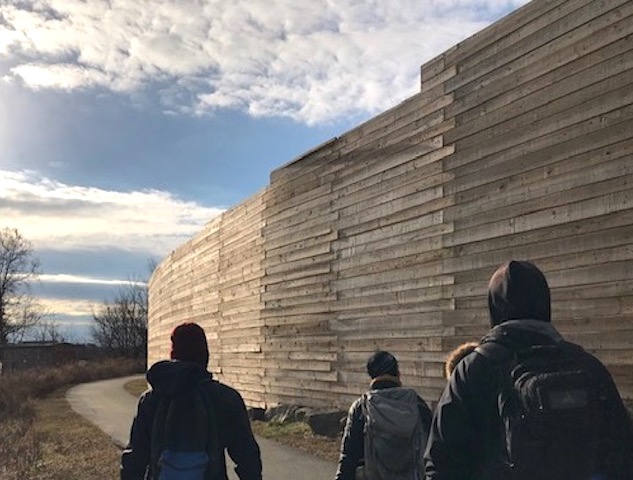 This wooden wall is the only thing that stands between pedestrians and wildlife on the Baxter Trail and a barrage of bullets from the firing ranges at Philadelphia Police Training Center and Holmesburg Fish & Game. | Photo: Ann de Forest

In the middle, on the trail itself, Philadelphia Parks & Recreation, the City agency that helps build and now maintains the Baxter Trail, which eventually will connect with the East Coast Greenway, represents restoration, reclamation, and cultivation. This is a facile summary, I realize. I’m sure the police cadets don’t spend their entire day at target practice. I am judging only by my ears. But just as the firefighters are trained to put out fires, to search and rescue, the police, to fulfill their mission to “protect and serve” are trained in lethal force. The parks and rec workers are trained in land management and restoration and I, a writer, am trained to look for metaphors and make connections. So, bear with me.

Three plots of land sharing a single ecosystem, three City agencies, three human impulses. And the third impulse, on display where Pennypack Creek flows into the Delaware River, is worth considering. Those 65 acres of wetlands, woods, and meadows may look entirely “natural.” Trees grow. Water flows. Birds build nests. Raptors circle the sky in search of prey. All oblivious to human manipulation and intervention. Yet, as “natural” as this park may be, it took human vision, impulse, and labor to reclaim a post-industrial wasteland. Trails have to be maintained. Weeds and dead brush and trees are routinely cleared. Pennypack on the Delaware Park exists because some people had the ability to see the potential in a landscape that seemed ravaged and the commitment to reclaim what appeared to be ruined.

And that may be the kind of vision that is called for to reinvent a police department adept at firing weapons, yet inept at responding to a family’s cries for help. But what I am mostly thinking about is not solutions, so much as the dissonance I experienced back in February, watching the placid river, the trembling grass, and the flitting birds to the soundtrack of a war movie. A modified version of that soundtrack was heard on Monday, October, 26, 2020 by residents of the 6100 block of Locust Street, accompanied by a mother’s desperate pleading with screams and cries.

I cannot make sense of that. I will just leave with you that dissonance, this patch of City-owned land on the Delaware River where rescue, restoration, and deadly force run on parallel tracks in uneasy and unresolved co-existence.