Taking it to the Streets: Open-Air Meetings of the 1911 Suffrage Movement in Philadelphia

By the early 1910s, the woman’s suffrage movement in Philadelphia moved beyond the parlors of the city’s well-heeled activists to promote their message on the city’s streets. Beginning with the Seneca Falls convention in 1848, the issue of woman’s rights and enfranchisement aimed to persuade upper middle class and professional white men to support a woman’s right to the ballot. However, as the movement struggled to gain strength in the United States, it sought new champions by engaging native-born, white working-class men and Western European naturalized male citizens.

In 1911, The Pennsylvania Woman’s Suffrage Association (PWSA) expanded its influence by reaching out to those of more modest means and immigrant backgrounds by staging open-air rallies in working-class neighborhoods. These urban locations constituted a new phase of the suffrage movement in Philadelphia. At a moment when we celebrate the centennial of the 19th Amendment in the United States, a look at these locations can provide insight not only into local histories of the suffrage movement, but also into the city’s industrial past. 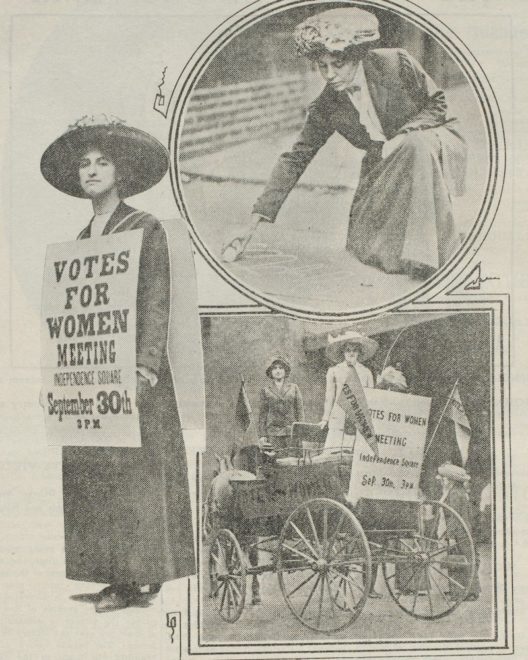 Photograph showing Alice Paul chalking the sidewalk with “Votes for Women” and other suffragists advertising a meeting at Independence Square for September 30, 1911. | Image: The Woman’s Journal, November 11, 1911.

On July 25, 1911, seven women met outside of the Hale Building at 1326 Chestnut Street to board a streetcar on a corner southeast of City Hall. Traveling up Broad Street across Montgomery Street, north on 11th Street until turning east onto Susquehanna Street, the septet discussed their plans. In her memoir, Lifting the Curtain: The State and National Woman Suffrage Campaigns as I Saw Them, Caroline Katzenstein, corresponding and press secretary for the PWSA, recounted the evening’s activities. As the group sat clustered in the first two rows of the trolley, Alice Paul, an American suffragist, future co-founder of The National Women’s Party in 1916, a New Jersey native, and a graduate of Swarthmore College and University of Pennsylvania, gazed upon her coconspirators. She asked, “If the police interfere with our meeting, shall we offer resistance?” In return, the group was silent. The women agreed that they would offer no resistance and, if confronted, would disband from the evening’s unpublished and unlicensed event.

Arriving at their initial destination at Susquehanna Streets and Germantown Avenue, the women disembarked the streetcar near Birney Post Park. Intermingling with the employees and customers of the Quaker City Chocolate Works, Fairhill Brewery, and Fred Feil Brewing Company, the women walked one block to the northwest to the Washington Hotel. At the hotel–this site is an empty lot today, but at the time was a thriving center of activity–the women secured a one-horse cart for the evening. From here, the group traveled east down Dauphin Street to their destination at the intersection of Front and Dauphin Streets. Noting a policeman on the corner, Katzenstein grew apprehensive. “To me, he [the policeman] seemed to be not just an arm of the law but the whole body of it!,” she wrote. Situating their cart as not to impede traffic in the intersection, Olga Gross, a young Jewish worker and ardent suffragist, unveiled a placard with the words “Votes for Women” painted in bold black letters to reveal the group’s intent for the evening. 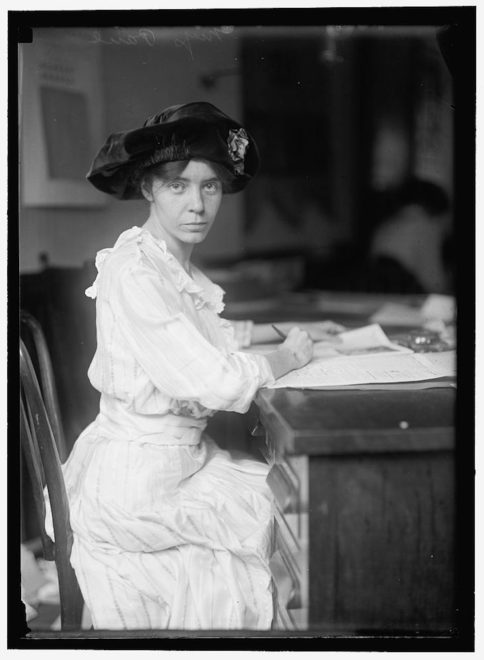 Using the cart as a rostrum, Paul, Mary Churchman Morgan, PWSA recording secretary, Margaret C. Klingelsmith, lawyer and librarian at the University of Pennsylvania, and Lucy Burns, future co-founder of The National Women’s Party, rose to address the growing and curious crowd. The Philadelphia Ledger reported that “The appearance of the wagon with its women speakers very soon attracted a large crowd. The arguments of the suffragist leaders were listened to with rapt attention, and frequent questions were asked.” The first open-air meeting for the PWSA was a brilliant success. It attracted the attention of the local press, captured an attentive and engaging audience, and escaped legal repercussions.

The July 25 and 26 meetings were respectively held at Dauphin & Front Streets and Diamond and Front Streets. The selection of these current locales in Kensington, cast in the shadow of the elevated Market & Frankford line, are unlikely meeting locations in present-day Philadelphia. However, in 1911, these neighborhoods were thriving, immigrant working class areas, and industrial hubs.

Image of the Providence Dye Works. Bounded by Jasper and Coral Streets between Boston and Adam Streets. | Image courtesy of Workshopoftheworld.com

Utilizing the 1910 Philadelphia Atlas to analyze the city’s built environment in 1911, the neighborhood surrounding Front Street was a mixture of densely packed residential buildings and manufacturing plants locked between the Reading Railroad to the west and the Pennsylvania Railroad to the east. The John H. & Ed Bromley Carpet Manufacturers site dominated the northeastern corner, yet was the first in a series of textile companies lining Jasper Street to the east. A few blocks east on Emerald Street, the massive Providence Dye Works, situated on two city blocks between Jasper and Coral Streets, had the potential to employ the white workers that the PWSA was targeting in 1911. Additionally, the following evening’s meeting held a few blocks south, at the intersections of Front and Diamond Streets, had similar strategic benefits. It was flanked on both sides by residential buildings, but also included several public buildings like Saint Bonifacius Church and the W.E. Miller public school bounding Norris Square Park two blocks to the west on Diamond Street.

The choice to host an open-air meeting at Germantown and Girard Avenues on July 29 again reflected the campaign’s desire to broaden its audience. The neighborhood had similar characteristics to the Kensington locales, yet offered a more diverse space consisting of retail, manufacturing, and community buildings. On this Saturday in 1911, multiple families likely shopped at the central Keystone Market at 3rd and Girard, while white working class men and women finished their shifts at the numerous factories and breweries in the neighborhood. Additionally, Paul and Burns coveted attracting workers employed at the Christian Schmidt and Sons Brewing Company. While the brewery’s large clocktower located at the intersections of Girard Avenue and 2nd Street is a focal point, the enormous 62-building facility occupied multiple city blocks between Girard Avenue and Wildey Street. Katzenstein recalled the large and raucous crowd at that evening’s meeting, as those in attendance debated a woman’s right to vote. The suffragists had achieved their goal of reaching men and women who usually would not attend a scheduled indoor suffrage meeting. 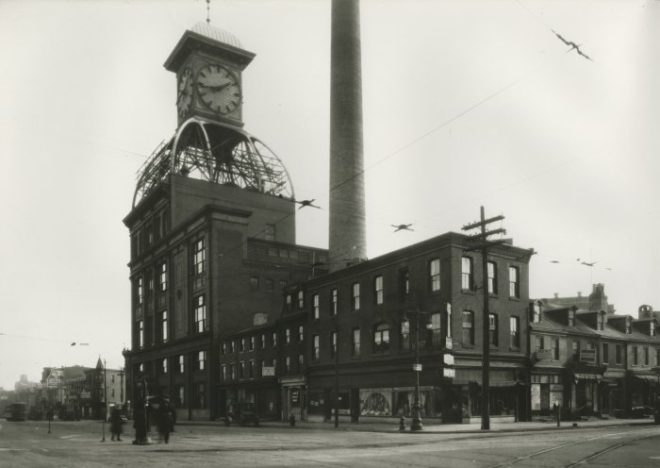 Photograph of the clock tower and main building of the Christian Schmidt and Sons Brewing Company on Girard Avenue. Date unknown. | Image courtesy of the Historical Society of Pennsylvania

These meetings were significant to the growth and strategy of the suffrage movement in Philadelphia, the state, and the nation. They increased publicity for the PWSA and broadened the impact of its messaging towards the white middle and working class men that held the fate of woman’s enfranchisement in their hands. Additionally, these locations reflect how Philadelphia’s industrial past was a vital part of the state and national suffrage movement. The early open-air meetings became strategic blueprints for messaging and recruitment across the nation.

The last meeting of the 1911 campaign occurred at Independence Square on September 30. Attended by over 2,000 people who stood for hours to listen to over 40 speakers scattered throughout the square, the open-air meetings added considerable value to the suffrage movement. Similar campaigns took place in 1912 and 1914. Indeed, their popularity exploded as smaller local chapters of the PWSA and other suffrage organizations adopted this tactic as part of their campaign for the Pennsylvania suffrage referendum in 1915. 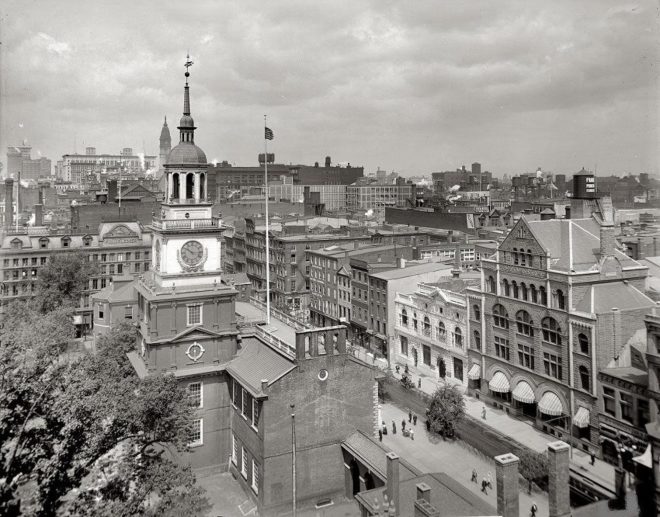 What once attracted the PWSA to hold open-air meetings at these locations in 1911 has been blurred by the alterations to Philadelphia’s built environment. The aforementioned buildings connected to the textile industry have long been removed and replaced with parking lots, vacant buildings, and expensive apartment complexes. Norris Square Park is still a central fixture in Kensington. However, a portion of the Saint Boniface Church complex is the only extant, occupied building with ties to 1911. The Schmidt Brewing Company operated into the 1950s, and the massive complex was demolished in 2000 with The Piazza eventually taking its place.

The open-air campaign of the PWSA in 1911 reveal significant events in the suffrage movement often overlooked in Philadelphia. However, analyzing these meetings in their historical context exposes a hidden history of the relationships between power, labor, and gender, and the effects of modernization on Philadelphia. Widespread demolition of the city’s landscape renders historic preservation an uphill battle. Yet, recognizing these sites prominence–through historical markers or informational signage–would not only highlight Philadelphia’s importance to the suffrage movement. They would reflect the city’s industrial and demographic prowess and its importance to equal rights. 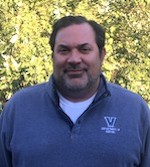 Chris Mengel Chris Mengel is a recent graduate of Villanova University’s graduate history program with a concentration in Public History. His research focuses on the intersectionality of gender and labor history during the Progressive era and the urban environment. Prior to returning to university, he worked as an educational publishing professional in New York City and Cincinnati, Ohio. He holds a Bachelor of Arts from the University of Cincinnati and a Master of Arts from Villanova University. He currently resides with his family in Carlisle, Pennsylvania.