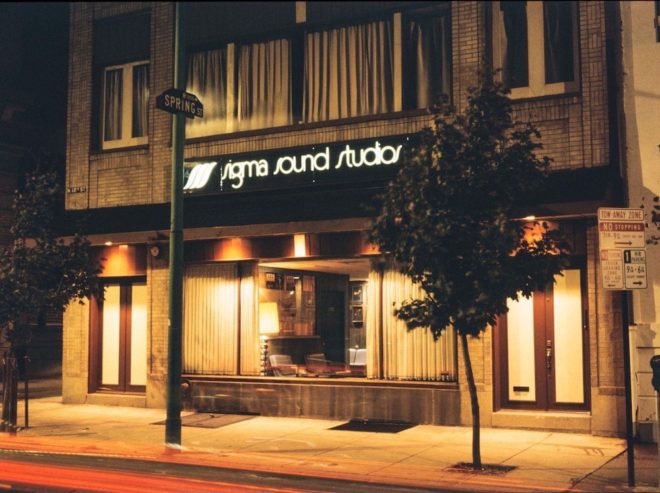 Two cultural heavy-hitters—Sigma Sound Studios, the birthplace of Philadelphia soul, and the Brutalist icon International House—are on the agenda for this month’s meeting of the Philadelphia Historical Commission’s Committee on Historic Designation. The public meeting will be held virtually at 9:30AM on Wednesday, August 19th and is streamable via Zoom. See instructions on how to attend the meeting HERE.

Sigma Sound Studios was founded in 1968 by Joseph Tarsia and played a key role in launching Kenny Gamble and Leon Huff’s label, Philadelphia International Records, in 1971. The modest, two-story, brick-clad industrial loft sits on the northwest corner of 12th and Spring Streets. It is currently vacant, although a historical marker outside nods to Sigma’s history. The building was home to the studio until it closed in 2013.

The nomination, written by Ben Leech for the Preservation Alliance for Greater Philadelphia, makes for an engaging read, recounting Sigma’s evolution “from Doo-Wop to Disco” where a list of genre-defining albums and hits were produced throughout the early 1970s. Some of those hits include “If You Don’t Know Me By Now” by Harold Melvin and the Blue Notes, and “You’ll Never Find Another Love Like Mine” by Lou Rawls. David Bowie also had a soft spot for Sigma and Philadelphia in general. Bowie recorded his album Young Americans at Sigma in 1974. 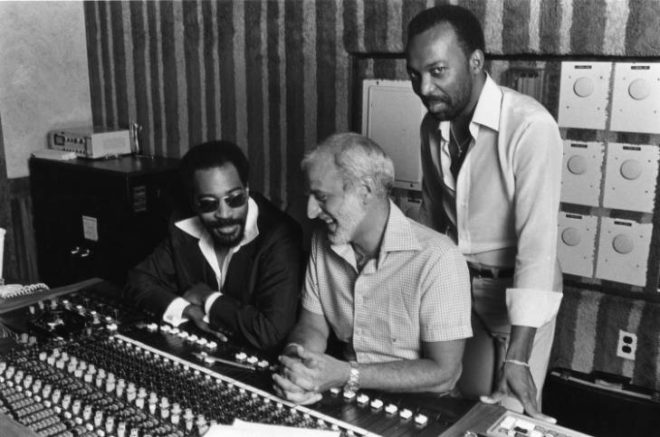 A major part of Sigma’s appeal was its house band, MFSB (Mother Father Sister Brother), led by Ron Baker, Norman Harris, and Earl Young. The 30-plus person ensemble lent a distinctive sound that Tarsia referred to as “soul music in a tuxedo.” The group’s multi-layered compositions instilled a distinctive sound and bold production quality that drew artists to the studio.

In Sigma’s heyday, MFSB backed up the likes of the O’Jays, the Stylistics, and Wilson Pickett. The band eventually recorded on their own on the Philadelphia International label. “TSOP (The Sound of Philadelphia)” was one of their top singles.

Preservation efforts around Sigma Studios have not been limited to just the building where the legendary recording space created hit after hit. Drexel Audio Archives houses the Sigma Sound Studios collection, which encompasses more than 6,000 audiotapes of recordings spanning the studio’s history. The collection was donated to the Drexel University in 2005. The school’s student record label, MAD Dragon Records, has worked with the collection to release decades-old albums, including Nat Turner Rebellion’s Laugh to Keep from Crying, which was recorded at Sigma from 1969 to 1972 but did not debut until 2019. 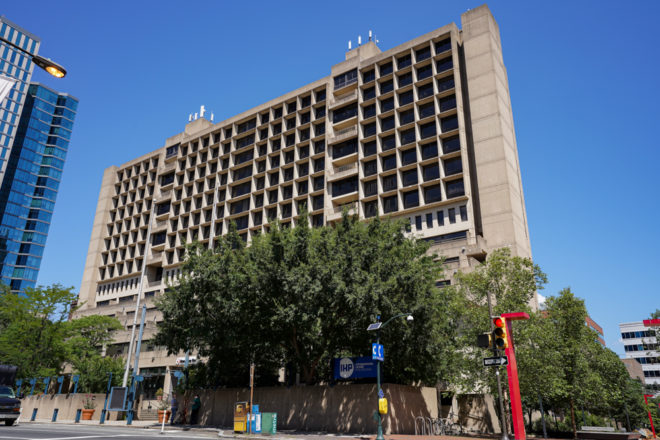 Also on the docket is International House at 3701-15 Chestnut Street, nominated by Docomomo US/Greater Philadelphia and University City Historical Society. The most recent meeting agenda marks this nomination review as postponed until the Committee’s meeting in October.

The 14-story modernist icon was built in 1970 and designed by competition winners Bower & Fradley. The hulking, poured-in-place concrete structure is set back from the street and rises from a series of terraced balconies into a rhythmic gridded facade sure to make diehard Brutalism lovers weak in the knees. Exposed formwork leaves a trace nod to the building’s construction and is called out in the nomination as a “character-defining feature.”

Behind its hefty massing and rigid concrete exterior, the lobby and lower floor spaces, referred to as the “program commons,” feel spacious, open, and filled with plentiful natural light, reflecting the interior’s multi-purpose design. Space for restaurants, outdoor seating, and indoor galleries were part of a vision to create a commons and public-facing space that fostered community. Until the building’s closure in preparation for its sale, International House’s 300-seat Ibrahim Theater was home to the beloved Lightbox Film Center, which screened rare, independent, and international films since 1979. 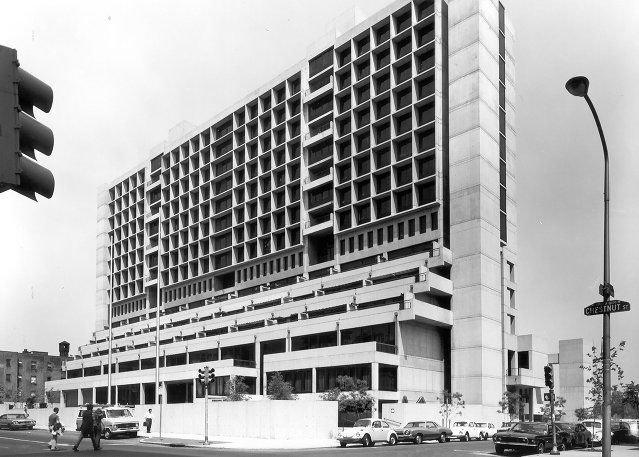 The organization announced plans to sell the building in the spring of 2019, stating that moving forward it would be “playing a different kind of international hub role.” The nonprofit was established in the early 20th century to provide affordable housing and cultural opportunities for international students. The organization explained that its mission has shifted as Philadelphia has globalized and become a more hospitable and diverse place to live.

Nominations for both Sigma Sound Studios and International House are recommended by Historical Commission staff for designation.

Also on the docket is the elegant Aldine Theater, now home to a CVS Pharmacy at the corner of 18th and Chestnut Streets, a two-story Italian Renaissance Revival commercial property at 1617 Chestnut Street, and a rare pair of Greek Revival twins at 3412-14 Haverford Avenue.