Advocates Mobilize to Save a Mid-Century Modern Icon 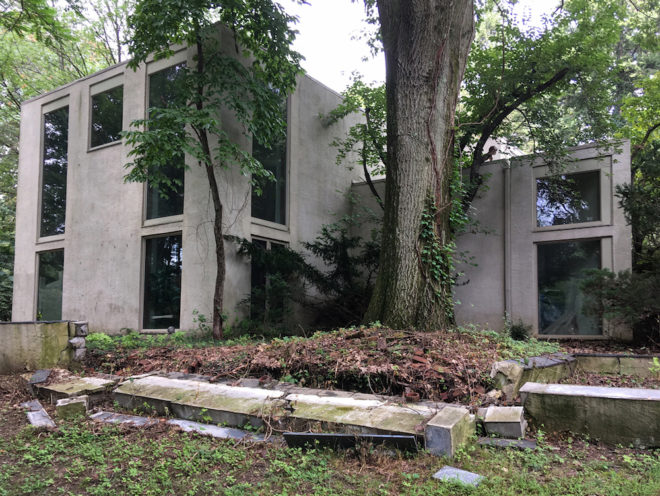 Dan Macey knows an architectural treasure when he sees one. For the past six years, Macey, a board member of the Chestnut Hill Conservancy and Docomomo US-Greater Philadelphia, and his partner Paul Savidge have lived in Esherick House, designed by Louie Kahn in 1959. Located in Chestnut Hill, Macey and Savidge’s home is within walking distance of the equally famous Vanna Venturi House designed by Robert Venturi.

But nothing prepared Macey for the condition of one of Chestnut Hill’s lesser-known modern masterpieces, the Dorothy Shipley White House at 717 Glengarry Road. “The lawn was two feet high. Ivy was destroying the concrete walls. The interior was filled with mold,” said Macey. How could this happen to an architecturally significant home nestled between the posh Philadelphia Cricket Club and Wissahickon Valley Park?

When French scholar and author Dorothy Shipley White commissioned Philadelphia architectural firm Mitchell/Giurgola to design her a home in 1962 she was a 66-year-old widow who knew exactly what she wanted–a space for art, entertainment, and her extensive library. 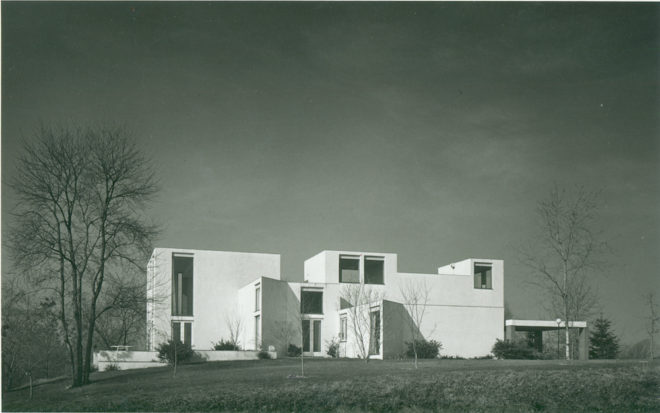 The Dorothy Shipley White House was completed in 1963 and designed by architecture firm Mitchell/Giurgola. | Image courtesy of The Architectural Archives, University of Pennsylvania

Architects Ehrman B. Mitchell and Romaldo “Aldo” Giurgola were members of the “Philadelphia School,” along with Louis Kahn, Robert Venturi, George Qualls, Robert Geddes, and others. Giurgola taught at the University of Pennsylvania before becoming chair of architecture at Columbia University and opening the New York City office of Mitchell/Giurgola. When the founding partners retired in 1990, their associates formed MGA Partners, Inc. in Philadelphia.

The Shipley White House was one of the firm’s few residential designs. Mitchell/Giurgola is better known for its award-winning public architecture, including the Parliament House of Australia. Giurgola’s New York Times obituary in 2016 stated, “While remaining an avowed Modernist, Mr. Giurgola avoided what he called ‘the imposition of abstract forms’ in favor of a site-specific approach.”

The parcel of the Shipley White House, an irregular one-acre crest overlooking the Wissahickon Valley, inspired Giurgola to create a unique structure: flat-roofed, stucco-clad concrete cubes of various heights built on a T-shaped floor plan that looks different from every angle. A dark brick chimney is the only exterior element not covered in white stucco. The result represents a high point in International Style principles. 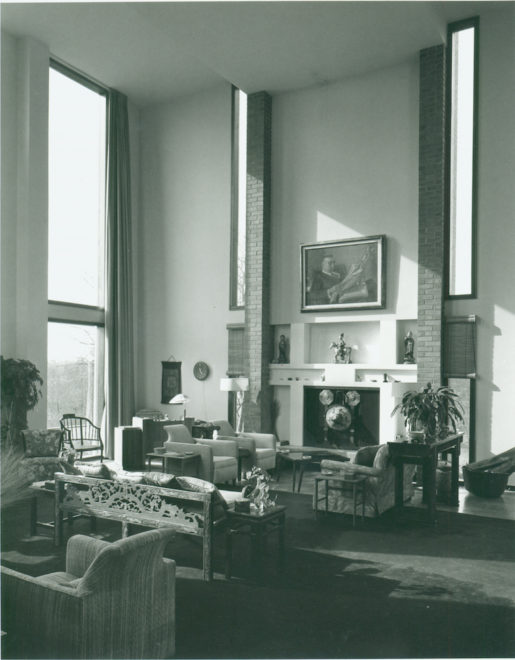 View of the interior of Dorothy Shipley White House in the 1960s. | Image courtesy of The Architectural Archives, University of Pennsylvania

The dramatic first floor living room shoots up two stories with elongated casement windows. The master bedroom and guest room are on the second floor along with a studio. The original floor plan displays two servant rooms, a kitchen and laundry, a pantry, and a “cocktail” room. In the 1960s every hostess worthy of her cocktail shaker knew how to mix a dry martini.

While most of Chestnut Hill was developed in the late 19th century with homes constructed of Wissahickon schist, the Shipley White House was part of a parcel of land untouched until the 1960s. Although there are 90 mid-century modern homes in Chestnut Hill, the Shipley White House, along with the Esherick House and Vanna Venturi House, remains iconic for its boldness of design.

When White died in 2002 at the age of 105, the house was purchased by Judge Tama Myers Clark and her husband Peter.  By the time the Chestnut Hill Conservancy became aware of the house’s condition, Peter had died and Judge Clark was nowhere to be found. A Cadillac in the carport covered in dust was a clue. The property was essentially abandoned.

“We reached out for years, but couldn’t locate Judge Clark,” said Lori Salganicoff, executive director of the Chestnut Hill Conservancy. Meanwhile, the Conservancy collaborated with the Philadelphia chapter of Docomomo, with support from the Preservation Alliance for Greater Philadelphia and the Mitchell/Giurgola office in NYC, to have the property placed on the Philadelphia Register of Historic Places as a preventative measure. 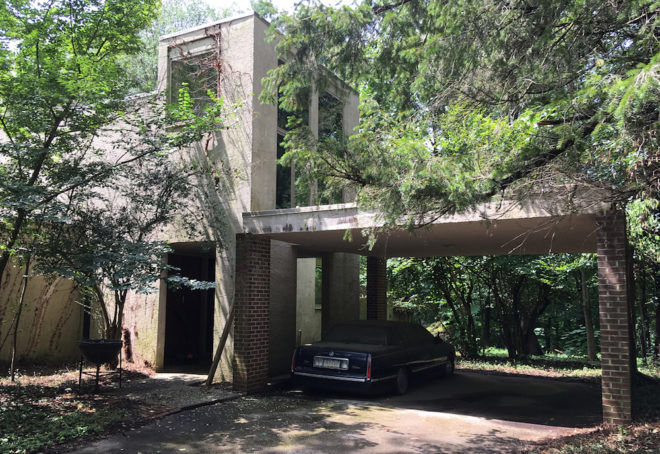 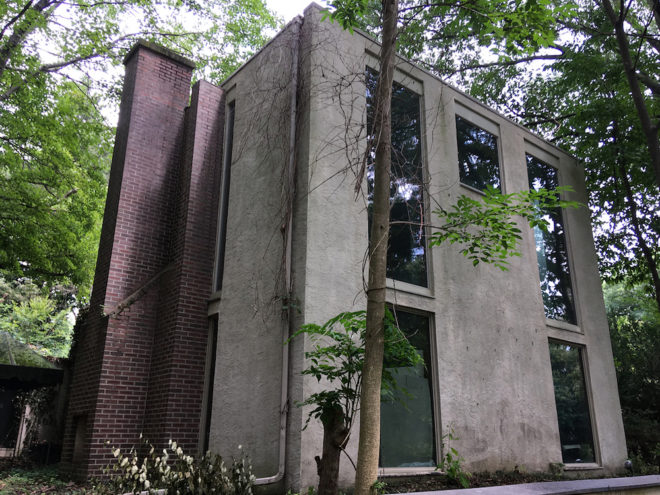 The elderly Judge Clark was eventually located. She had been caring for an ailing father in Maryland. “She was unaware her home was falling into disrepair,” said Macey who spoke with her several times. “She needed to be convinced that, if she had no intention of restoring it, it would be best to put it in the hands of someone who would prevent further destruction,” he said. But the judge wouldn’t budge.

After Judge Clark died in January 2020 at the age of 73 her estate became involved. “We have been working with the estate as an advisor,” said Salganicoff who views the Conservancy’s role as a clearing house for potential buyers. While executors of the estate have begun to maintain the landscaping and clean out the interior, the challenges and expense of restoration remain apparent. However, that hasn’t stopped people from leaving hopeful notes on the door asking if the home is for sale. “The Shipley White House is drawing interest from architects, as well as from area residents who want to scale down,” said Salganicoff. Only in Chestnut Hill would someone consider a 4,000 square foot home as “downsizing.” If not for its architectural significance and commanding view of the Wissahickon Valley, potential buyers might be swayed by the longevity of its former owners.