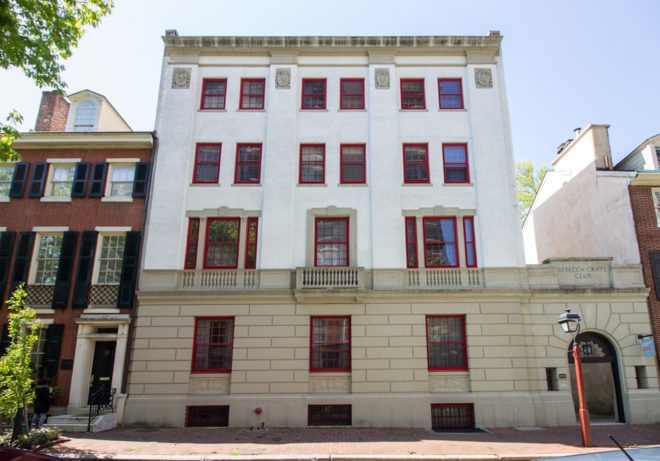 When the Rebecca Gratz Club at 532-536 Spruce Street was transformed from a historic  women’s residence to The Gratz, an upscale apartment complex, all that remained was the name engraved upon the entryway. Most Philadelphians, including the property’s current residents, are probably unaware of the role the club played in protecting women and children. One clue is the high wall and secluded inner courtyard that seal off the first floor from curious eyes.

The original function of the Rebecca Gratz Club, founded in 1904 on N. 6th Street by a group of Jewish women, is shrouded in mystery. According to some reports, it was known as the Jewish Maternity Association, a clandestine home for unwed mothers. Other say it was an orphanage. What we know for sure is that it moved in 1920 to its present location, designed by Hewitt, Granger & Paist in 1912. Additions were made in 1928 by Edwin H. Silverman and Abraham Levy. The result is a Federal style building faced with limestone and stucco that seemed to turn its back on Spruce Street. 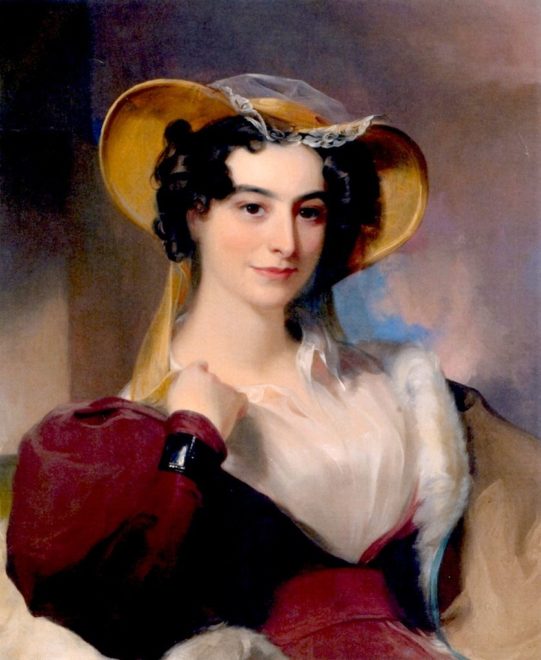 Portrait of philanthropist Rebecca Gratz in 1831 by painter Thomas Sully. | Image courtesy of the Athenaeum of Philadelphia

Another clue to the club’s purpose is its name. Rebecca Gratz died over a quarter of a century before the club’s founding, but in the early 20th century her name was still synonymous with philanthropy. Gratz pioneered desperately needed charitable organizations in the wake of the American Revolution, including the Female Association for the Relief Women and Children in Reduced Circumstances and the Philadelphia Orphan Asylum. She didn’t just have money. She had brains and beauty as well. Famous artists of the day painted her portrait, and Gratz is said to be the inspiration for the heroine in Ivanhoe by Sir Walter Scott, the first favorable depiction of a Jew in English fiction.

Gratz’s wealth, which was on par with Melinda Gates, came from her family’s coastal shipping and Indian trading company which helped bankroll the American Revolution. This explains why the Gratz name is on a Philadelphia high school, a college, a street in North Philly, a bank, and even a small town near Harrisburg. However, the family did not put their name on all of their philanthropic endeavors, which included funding the Athenaeum of Philadelphia, the Pennsylvania Academy of Fine Arts, and the city’s first synagogue, Mikveh Israel. 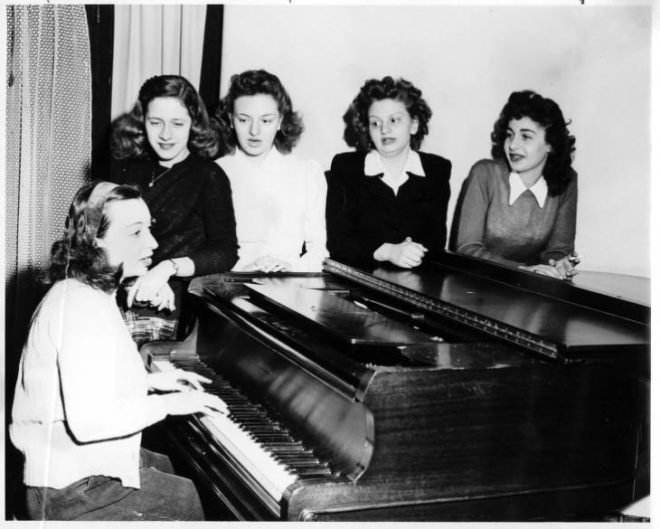 While the club’s original purpose mirrored Gratz’s concern for indigent women and orphans, it shifted in the 1920s to providing safe living space for single Jewish women going to school or working in the city. Architect Steve Brown, founder of Design Build LLC, recalled that his mother lived at the Rebecca Gratz Club. “Her father had been a chef who moved around a lot. My mother decided she wanted a stable life, and she had a close friend who lived at the Gratz Club,” said Brown. “Back then, the colonial style brick houses on the corner of 6th and Spruce were affiliated with the Club. There was a pharmacy on the ground floor on the corner, and my mother was one of the girls who lived above it.”

In the 1930s and 1940s the Rebecca Gratz Club was a happy place. The young women who lived there gathered around the piano to sing, played cards in the lounge, and enjoyed the camaraderie typical of a sorority house. But by the 1950s, with the popularity of women-only residences waning, the Rebecca Gratz Club transitioned into a mental health facility, a nonsectarian halfway house for girls and women. Later, it offered residential care for girls who suffered domestic abuse or who came from troubled homes. 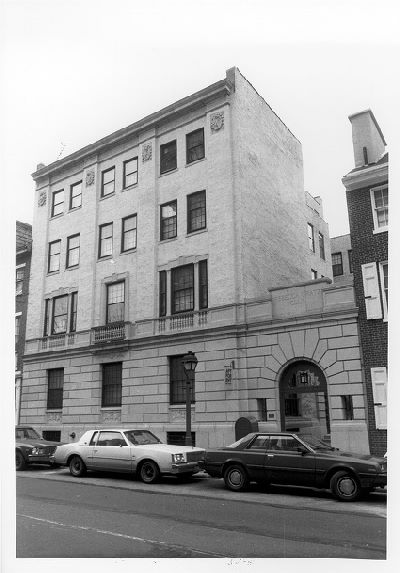 Rebecca Gratz Club in 1987. Image courtesy of the Athenaeum of Philadelphia

In 1978, the club returned to its original function as a foster care home for pregnant teenage girls, who wanted to keep their babies, so they could finish high school and learn parenting skills. It also provided rooms to young women studying nursing at nearby Pennsylvania Hospital. In the 1980s, the Rebecca Gratz Club moved to Wynnefield and later merged with a larger nonprofit organization.

Eventually, the vacant, historic building in the heart of Society Hill caught the eye of PMC Property Group, also operating as Knockwood, LLC, a Philadelphia-based development company that specializes in  “underutilized and overlooked urban properties” along the East Coast. Given the building’s historic designation, the exterior of The Gratz maintains the building’s architectural integrity, with only the addition of a bright red door. One and two-bedroom apartments provide the usual lux amenities: granite countertops, stainless steel appliances, hardwood floors, parking. Plus, there are fireplaces and balconies in some units. 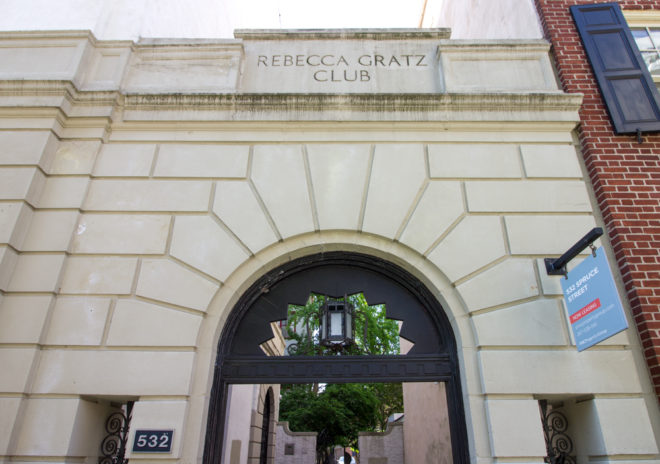 Entryway to the courtyard of The Gratz apartments. | Photo: Michael Bixler

PMC’s imprint can be seen elsewhere in the city. At 2133 Arch Street, the firm renovated a 1908 French Renaissance style building with a vast interior courtyard. In Old City, it developed the Warehouse Apartments at 9 N. 9th Street and is currently restoring the Victory Building at 1011 Chestnut. PMC properties cover the map of prime real estate in Philadelphia, with over 50 buildings from Society Hill to University City and from Queen Village to Northern Liberties.

If the soul of Rebecca Gratz is keeping a watchful eye on the apartment complex bearing her name, she doesn’t have wander far. She rests in peace in the historic Mikveh Israel Cemetery at 831 Spruce Street.