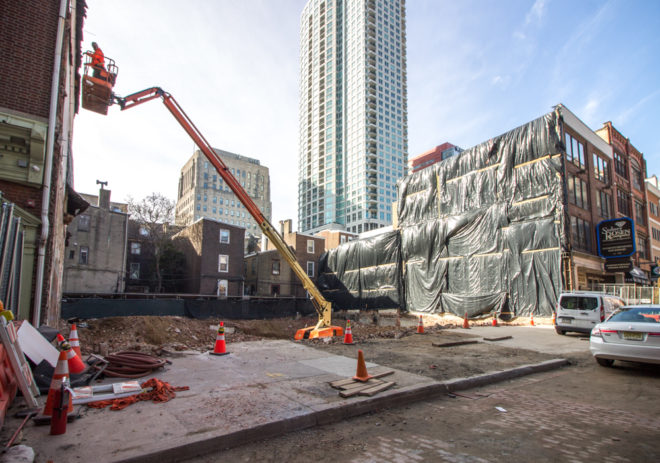 Another recommendation of Mayor Jim Kenney’s Historic Preservation Task Force is being put in motion. The City announced on March 2 that it is taking steps to begin a two year planning process that will examine how to approach a citywide survey of “historic and cultural assets.” The planning phase, which will be complete by December of 2022, will be funded by a $250,000 grant from the William Penn Foundation.

Historic resource surveys are a big undertaking and can take years to complete. Chicago’s inventory of architecturally and historically significant buildings, completed in 1995, aimed to “analyze the historic and architectural importance of all buildings constructed in the city prior to 1940” took more than a decade. Los Angeles’ survey project, Survey LA, was considered the largest historic resources survey ever conducted in an American city and was an effort that spanned eight years.

While Philadelphia is smaller than Chicago and Los Angeles, it is fair to expect that the process will take some time, especially because, as a study conducted for the Preservation Alliance for Greater Philadelphia found, a mere 4 percent of Philadelphia properties have previously been evaluated for historic significance.

The planning process, according the City’s press release, will help determine where and what to survey, how to conduct the survey, and “what to document and preserve.” Conducting the survey in a manner that recognizes both “tangible and intangible assets” and is “community driven” is also a priority, according to Mayor Kenney and William Penn Foundation’s executive director Shawn McCaney.

It is encouraging that the City is taking the initial steps to prepare for a citywide survey and one that includes a more comprehensive range of resources, but what happens in the meantime? With demolition hitting a record high last year in a city that is vastly under-protected compared to peer cities, it seems logical that local government would pass necessary legislation for an interim measure like demolition delay and review. Demolition review periods are legal tools that provide somewhat of a safety net for communities by triggering a delay period that helps ensure that historically and culturally significant properties aren’t simply demolished without consideration. Review periods typically range about 90 days and are intended to give the appropriate oversight body time to consider the affected property and assess its potential significance.

In some cities, like Chicago, demolition reviews are linked to historic resource survey data. There, surveyed properties are assigned a color based on a ranking system. The highest are linked to a demolition delay. If a permit is pulled, on a “red” or “orange” property, which represent the highest levels of significance, Chicago’s historic preservation office has 90 days to review the property for potential landmark status. This system can be an effective model once a survey is in place, but even if demolition review is linked to Philadelphia’s survey in the future, it doesn’t help much in the intervening years spent waiting for the survey to be completed.

St. Louis takes a slightly different approach and initiates a demolition review for all properties that fall within Preservation Review Districts as well as any properties listed on the National Register of Historic Places. It is unlikely that Philadelphia would implement a sweeping demolition delay—reviewing all proposed demolitions for buildings beyond a certain age would take considerable time that the already-strained Philadelphia Historical Commission does not have—it would, at the very least, make sense to impose one for buildings listed on the National Register.

Philadelphia did already take a step in this direction with a bill passed at the end of 2019—also a result of the Task Force—that extended demolition regulation to Neighborhood Conservation Overlay Districts, which regulate infill design, but did not previously regulate demolition. While an effective step, the measure only impacts the six Neighborhood Conservation Overlay Districts in the city.

Other Task Force recommendations have been implemented since the group’s report was released in 2019, including three zoning amendment ordinances that help to incentivize preservation: changing parking standards for historically designated buildings, allowing for the addition of accessory dwelling units to historically designated properties, and expanding the types of uses allowed in “special purpose” historic buildings.