Editor’s Note: A version of this story was published in the Winter 2020 issue of Extant, a publication of the Preservation Alliance for Greater Philadelphia. 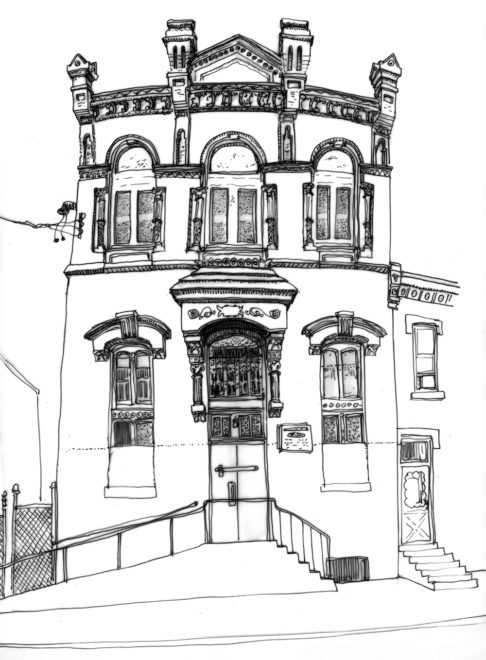 This brawny 19th century clubhouse looms over its Kensington row house neighbors with an oversized history to match its impressive stature. It originally opened as the Germania Turnverein, or Turner’s Hall, a private gymnasium and meeting hall for one of the city’s once-numerous Turner associations. Espousing the motto “a sound mind in a sound body,” Turner’s promoted physical education, national identity, and progressive politics within German immigrant communities.

By the early 1920s the building was known as Knitter’s Hall, the national and local headquarters of one of the most powerful and progressive unions of its era, the American Federation of Full-Fashioned Hosiery Workers. History was made here when hosiery workers partnered with the FDR administration to build the nation’s first federal workers housing project, the Oscar Stonorov-designed Carl Mackley Houses in Juniata Park.

Today the building is home to True Light Pentecostal Church. Despite standing as one of the last surviving Turnverein halls in the city, and despite its nationally significant labor history, the building has not yet been listed on the Philadelphia Register of Historic Places.