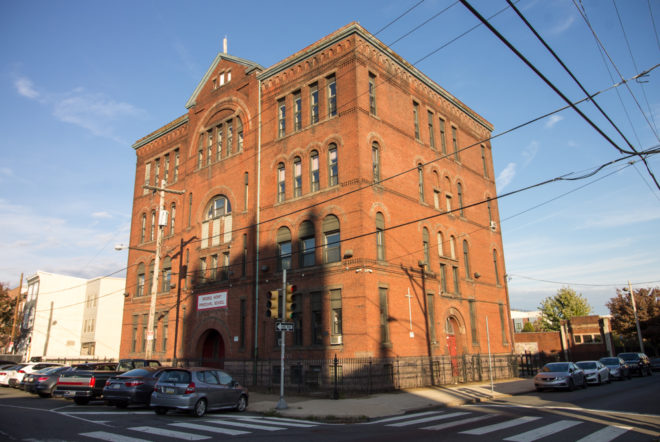 On Wednesday, November 13, the Philadelphia Historical Commission’s Committee on Historic Designation will review a sizable list of nominations at their monthly public meeting at 1515 Arch Street in Room 18-029. All recommendations made will go before the Historical Commission in a future public hearing for possible historic designation. This month’s lineup includes a number of spectacular churches and religious buildings, three of which were nominated by local historian Celeste Morell. A number of other properties were nominated by Commission staff members, the Philadelphia City Planning Commission, the Preservation Alliance for Greater Philadelphia, and the Keeping Society.

First up on the agenda is the handsome red brick Sacred Heart of Jesus Parochial School at 231 Reed Street. Constructed in 1893, the Romanesque Revival beaut stands out at the corner of Moyamensing Avenue & Reed Street, set apart from the surrounding row houses by its height and hefty massing. The deep red brick building is eye-catching, its primary facade elegantly divided into three bays, each punctuated by varied groupings of arched and flat windows accented by contrasting offset brownstone arches and lintels. It is recommended for listing by the staff of the Historical Commission for its role as a prominent local visual landmark and for its embodiment of the Richardson Romanesque style. 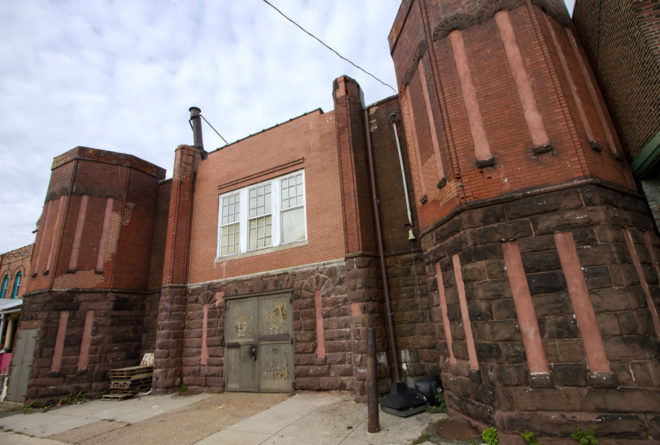 The squat, fortress-like Keystone Battery at 4111 Mantua Avenue was nominated by the Philadelphia City Planning Commission. The solid brick and brownstone structure, with its heavily rusticated base, flanking towers, and arrowslit windows, was completed in 1892 when it was used as an armory for the Keystone Battery and was later occupied by the Pennsylvania National Guard. The building has undergone a number of alterations—the original design featured only slim lancet windows as well as crenellated parapets along the octagonal towers and a central stepped parapet, giving the impression of a true fortress—but it retains its distinctive massing and form, contrasting with the surrounding residential environment.

The Preservation Alliance for Greater Philadelphia nominated the Hotel Powelton/Powelton Café at 20-24 N. 40th Street, a large Queen Anne style corner building with a fascinating social history. The hotel was built by Thomas C. Sloan in 1893 when a population boost led to increased commercial activity in the once-suburban area. In the early 20th century, the hotel’s northern half was partially converted into a chemical laboratory by the A.C. Barnes Company owned by Albert C. Barnes, famed art collector and founder of the Barnes Foundation. The company manufactured Argyrol and other pharmaceuticals at the location, expanding operations into the entire building in 1919. Barnes’ factory was known for hiring a predominately African American workforce and providing progressive benefits to its employees, including a six-hour work day that was, according to the nomination, “organized around a voluntary, two-hour paid midday seminar,” a lending library open to company workers, and a gallery displaying “rarely less than one hundred pictures on view at all times.” About a decade later, the first floor of the former hotel became the Powelton Café, a leading venue and jazz club that hosted prominent African American performers including Billie Holiday, Ella Fitzgerald, Screamin’ Jay Hawkins, and many more, into the 1960s.

Nominations for both halves of a delightful Eastlake Victorian twin at 145 and 147 Sumac Street in Wissahickon were revised and resubmitted by Historical Commission staff. The twin was one of the first grand, speculative homes built in the area, part of a wave of Queen Anne-style developments meant to appeal to wealthier buyers. It is now one of the few remaining properties reflecting the style in the neighborhood. The property was first nominated back in 2015. Although the nomination was unanimously approved by the Designation Committee, it was ultimately tabled following pushback by the owner of 145 Sumac Street, who sought to demolish half of the structure. Despite being granted a demolition notice in 2015, 145 Sumac Street was sold and has since been rehabbed.

A nomination submitted by the Keeping Society of Philadelphia with Germantown United CDC proposes to designate the former Germantown High School, including the original Georgian Revival building, its 1959 addition, and its two gymnasiums. The nomination also argues that the open space, or “the grounds” along Germantown Avenue contributes to the site’s significance and is integral to the design. Historical Commission staff have responded to the nomination, opining that it fails to adequately demonstrate that the property meets Criterion J—that the property “exemplifies the cultural, political, economic, social, or historical heritage of the community.” As a result, staff of the Historical Commission concluded that only the original building and the open space along Germantown Avenue should be designated and that the property’s later additions should be listed as non-contributing, given that their significance was only addressed in the nomination under Criterion J. 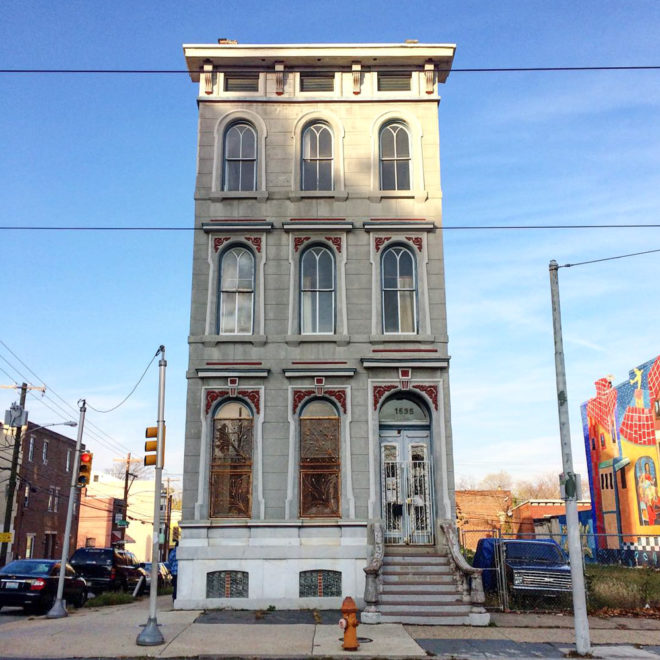 Other properties up for consideration include Our Lady of the Holy Rosary Roman Catholic Church at 339 North 63rd Street, the Zion Lutheran Church at 5301-15 North Front Street, the St. Veronica Roman Catholic School and Rectory at 3501-25 North 6th Street, the Charles T. Yerkes House at 1535 West Girard Avenue, and Langstroth Hall at 5700-04 Germantown Avenue.

The agenda also includes a request for continuance for three buildings that once comprised the Keewaydin Estate in Chestnut Hill and one rescission for 8819 Ridge Avenue, a now-empty lot where the Absalom Loyle house once stood. The Ridge Avenue property was demolished earlier this year after being deemed imminently dangerous by the Department of Licenses and Inspections.