When Nathaniel Popkin and I started the Hidden City Daily in 2011 we worried that we might run out of hidden places to write about in a few years. But it turns out that Philadelphia is a truly inexhaustible place for exploration, and now here we are on our eighth anniversary, (plus five days), with no end in sight to either the material or the Daily itself, despite teetering on the brink of dissolution several times in the interim.

I’ve had a rare view of our eight year publishing history over the past week as I recategorized all 2,315 stories for our website redesign. It has been a lengthy and tedious process, but fascinating nonetheless to see how our coverage ebbed and flowed over the years as editors and writers came and went.

We initially thought that we were a blog, which to us meant publishing frequent and pithy posts. Somehow, we managed to produce a staggering 73 posts that first September, and we didn’t even start until the 6th. While some of our articles had plenty of depth, others were sadly threadbare, including photo essays, mostly by me, published with no accompanying text at all!

Our eclectic coverage flowed more from our interests than by plan: for Nathaniel, urbanism and contemporary architecture; for myself, photography and industrial history. The same was true for our first generation of writers and photographers, none of whom were professional journalists: Rachel Hildebrandt brought her love for historic preservation and movie theaters, Mike Szilagyi, transportation, Jack McCarthy, music history and Northeast Philly, Stephen Stofka, architecture and planning, Chandra Lampreich, urban exploration and photography, Ethan Wallace, ditto, and Harry Kyriakodis, Philly history.

Brad Maule took over as editor from 2013 to 2014. He had created the Philly Skyline blog back in 2002, which meant that skyscrapers got some love, as did parks and open space, plus photography that emphasized the best aspects of each.

For the past five years Michael Bixler has been at the helm of the Daily as managing editor. It’s no easy job. He finds the freelancers, edits the articles, photographs the vast majority of stories, and writes the headlines. He also manages all of our social media channels. Michael’s early writing on public art, photography, and historic preservation has gradually expanded to include contemporary architecture. He’s recruited a new generation of writers, too, who have brought their interests to our pages, among them Keshler Thibert, African American history, Mickey Herr, Women’s history, and Ali Roseberry Polier, LGBTQ history.

We won’t recap everything we’ve done since the beginning (let’s wait until the 10-year anniversary for that), but here are our picks for the top 15 stories from the past 12 months.

And one more thing: We’ve been a reader-supported publication since Day One. If you enjoy what we do, help us celebrate and keep this thing going for another year by becoming a Hidden City member today.

The Curated 15: Top Stories of the Last Year 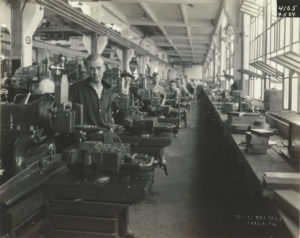 The Budd Company: An Industrial Icon That Broke The Mold 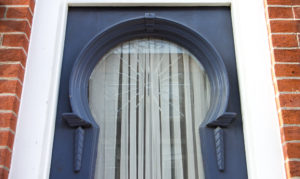 Like the human eye, exterior doors can be a portal into the soul of a row house. Ashley Hahn drops in with the backstory on “star doors,” a singular piece of Philadelphia charm. 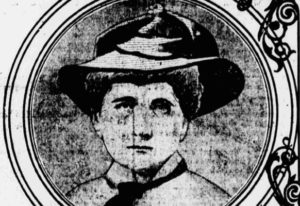 A secretive cult dedicated to the worship of a Swiss woman met a horrific end in 19th century South Philly. Ryan Briggs unearths the grim details. 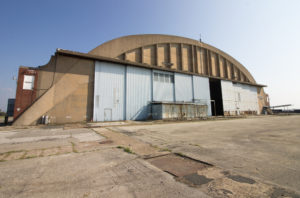 A demolition study for the Mustin Field Seaplane Hangar at the Navy Yard puts a structural engineering landmark on notice. Michael Bixler takes us inside. 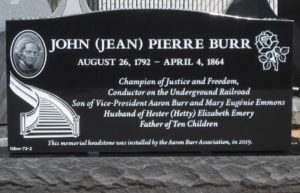 The remains of John Pierre Burr, a black Philadelphia abolitionist and natural son of former Vice President Aaron Burr, has resided in an unmarked grave for more than a century. He will receive formal recognition and an official headstone. Keshler Thibert has the details. 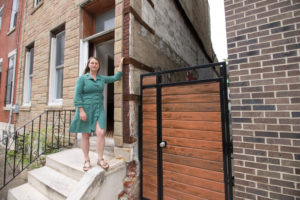 Owners of row houses are left with little recourse when demolition and new construction causes structural damage to their homes. Starr Herr-Cardillo takes a look at a growing citywide problem. 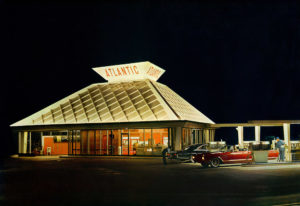 Exhuming A Pyramid Of Petrol Along The “Golden Mile” 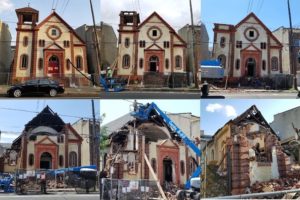 Mickey Herr recorded the slow demolition of Christian Street Baptist Church from the beginning to the end. In this photo essay she shares what it was like to watch a 128-year-old neighborhood landmark being reduced to rubble. 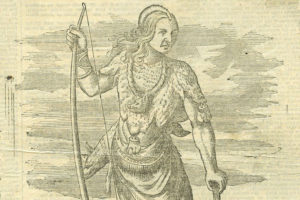 In this poignant essay Dan Shurley looks at the mistreatment of the Lenape in Pennsylvania and how historic Philadelphia still manages to misrepresent and largely ignore the city’s native people. 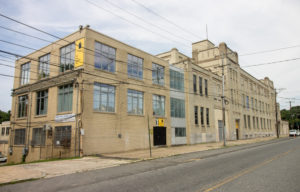 The vinyl revival is coming to Lawncrest where a new record pressing plant is setting up shop in the old Bond Bread building. Bryan Bierman has the scoop. 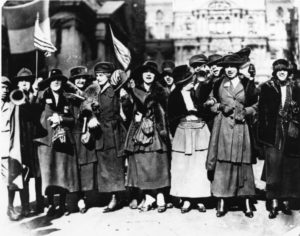 June marked the 100th anniversary of Pennsylvania ratifying the 19th Amendment giving women the right to vote. With Independence Day fast approaching, Amy Cohen introduces us to the rebellious suffragettes that fought for equal rights in Philadelphia. 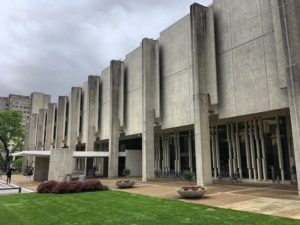 A Fond Farewell To Paley Library At Temple University

Paley Library closed its doors to the public on Thursday after serving Temple University for 53 years. Michael Bixler says goodbye to the mid-century modern library with this photo essay. 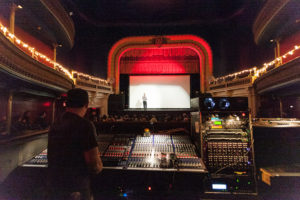 After The Trocadero’s Closing, Preservationists Ponder Saving The Interior

Philly’s famous Trocadero Theater closed in May after 149 years of continuous use. Protections are already in place for the facade of the building, but can the interior be saved too? Kimberly Haas takes a look. 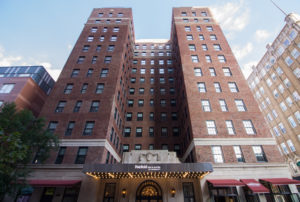 From Flophouse To Fairfield Inn: Memories & The Makeover Of A Troubled Hotel

Like a chain-smoking phoenix rising from the ashes, the infamous Parker Hotel at 13th and Spruce reopened in 2018 after major renovations and decades of decline. Hidden City contributor Stacia Friedman takes a look back at the former transient hotel with memories of her grandparents’ pharmacy next door. 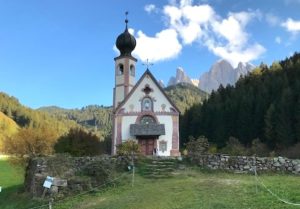 Dispatch From the Dolomites: Lamenting the Loss of Northern Italy’s Philly Twin

Contributor Ann de Forest dials home from Italy where she visited a little chapel that, until recently, had a sibling on Christian Street.