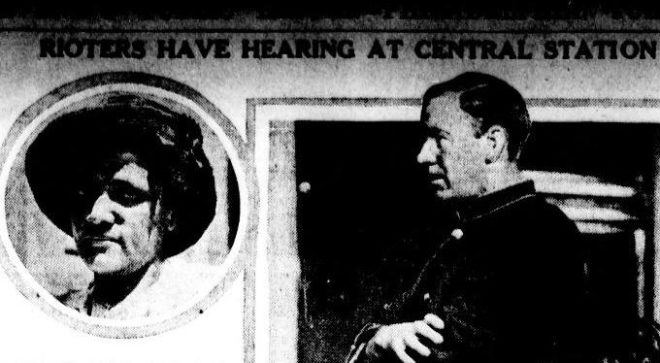 This clip from the July 30, 1918 edition of the Evening Public Ledger shows Adella Bond, an African American woman who became the target of a white mob for buying a home on Ellsworth Street. A riot broke out across South Philadelphia after Bond defended herself from roughly 100 men surrounding her home. | Image courtesy of Library of Congress, Chronicling America

We are living in an era of degrading racial norms. President Donald Trump’s tweets and statements regularly use defamatory language to describe people of color both in our nation and abroad. According to FBI statistics, hate crimes based on race, ethnicity, and ancestry increased 18.4% from 2016 to 2017, the last year for which statistics are available.

Between the end of the 19th century and the beginning of the 1920s, Philadelphia experienced similar escalations in both discrimination and racial violence. In fact, one of the worst episodes of racial violence in the city’s history took place exactly 101 years ago. To understand the context of the events of July 26-31, 1918, it helps to examine the early lives of two of Philadelphia’s most noteworthy African American women.

World-renowned singer Marian Anderson (1897-1993) was born in South Philadelphia during an era of relative racial peace in Philadelphia. At the turn to the 20th century, the city’s black population was fairly small (only about 60,000 people in a city of over 1.2 million residents) and led by an educated, intellectually engaged elite that had coalesced in the late 18th century. Members of this community attended the venerable Institute for Colored Youth at 9th and Bainbridge Streets, mixed within the ranks of the exclusive black social clubs, and frequented restaurants and theaters alongside white Philadelphians. 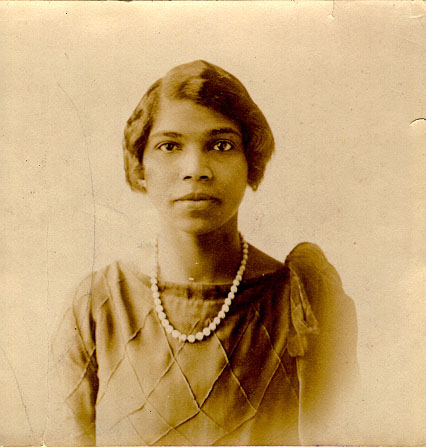 The Anderson family was not of this ilk. Like many poor black Philadelphians, her grandparents had been enslaved and her parents were recent migrants from the South. Although Marian’s mother Anna had been a teacher in Virginia, she was unable to find work in her profession once she came to Philadelphia. In spite of her education, she took in laundry and worked in a tobacco factory. Marian’s father, John, shoveled coal and did odd jobs for the Pennsylvania Railroad.

John was also a church officer with Union Baptist Church, proud that his daughter was able to join the choir at the age of six. Known as the “baby contralto,” Anderson was soon invited to sing at varied events and gatherings, thus bringing in a much-needed bit of money. Her budding talent also gave the family a sense of specialness within their community—albeit a less elevated community than that of their wealthier and more established African American peers.

In order to understand a key turning point in the life of Marian Anderson, we must turn to the work of the young scholar, Sadie T. Mossell. Her thesis written in pursuit of a master’s in economics was entitled The Standard of Living Among One Hundred Negro Migrant Families in Philadelphia. Completed in 1919, her research documented the quickly shifting racial dynamics that existed in early 20th century Philadelphia. 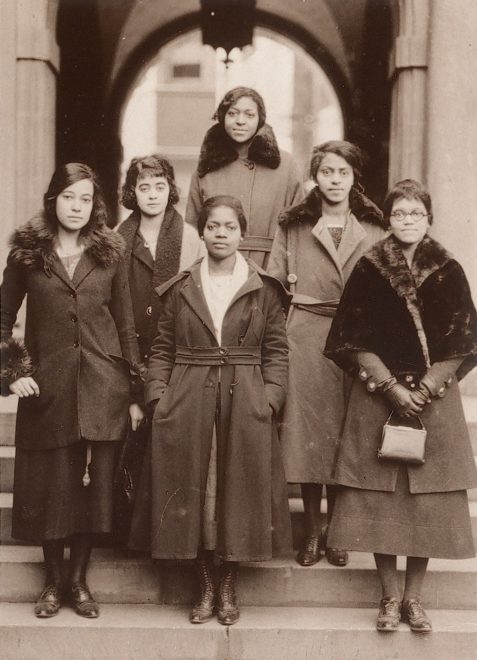 During the early years of Marian Anderson’s life, her family lived in several South Philadelphia locales, neighborhoods that were characterized by a mix of African American, Jewish, Irish, and Italian residents. Although racial tensions surely existed, these diverse communities of recent arrivals to the city struggled and strived in proximity and generally in peace. Anderson attended the integrated Stanton Grammar School at 17th and Christian Streets throughout her childhood and early adolescence.

But, as Mossell explains, the steep influx of Southern migrants during the era of the Great War changed the racial mood of the city. As European immigration screeched to a halt, uneducated, unskilled black families were lured to Philadelphia as to other industrial cities of the North. Philadelphia’s black population skyrocketed, causing consternation among the city’s white residents. The increase was particularly steep from 1916-1918 when an estimated 150 black migrants arrived from the South each week.

Finding a place to live became the biggest challenge for the new arrivals. In her thesis Mossell describes attitudes toward the black migrant:“If we may judge the attitude of the whites by their efforts to segregate him, it would seem that he was highly unweclome. The housing problem was itself a result of the determination on the part of the white people that the migrant should live only in that part of the city in which Negroes had previously lived. Vacant houses in other sections were not for rent or sale to the Negroes.”

The black elite, who had become known as the Old Philadelphians or OPs, were also wary of the new arrivals who posed an enormous threat to their comfortable, genteel way of life. According to Mossell, “The increase in Negro population greatly stimulated the movement….to segregate children in schools. Also, such social privileges as the service of eating houses and the attending of white churches and theaters by Negroes, were practically withdrawn after the influx of Negro migrants into Philadelphia.”

It is in this context that we must understand a key turning point young Anderson’s life, as illustrated in the video below. With the encouragement of her community, in 1914 Anderson walked from her South Philadelphia home to the Philadelphia Musical Academy at 1617 Spruce Street–later The Garden Restaurant and now a condominium.

Nearly five decades later, Anderson still sharply recalled the sting of this rejection. Given the Philadelphia of her early years, she claimed that this was when she first experienced a “painful realization of what it meant to be a Negro.”

Unfortunately, Adella Bond learned about the change in more dramatic fashion. In 1918, she bought a home at 2936 Ellsworth Street. Mossell describes Bond as “a colored probation officer of the Municipal Court, a woman of refinement and training and an old citizen of Philadelphia.” In this new racially-hardened city, however, being a member of the “OP” class did not insulate blacks from anti-migrant anger.

On July 26, 1918, a crowd of roughly 100 white men and boys, many of them armed, congregated in front of Bond’s new home. After a rock was thrown through her parlor window, she shot a rifle through her second story window to alert the police. Bond was arrested and several days of rioting ensued. Large swaths of the area from Dickinson Street to Washington Avenue and 23rd to 30th Streets were engulfed in violence. A police officer was shot by a black man. Subsequently, two black men were killed while in police custody. 60 blacks and three whites were arrested during the days of violence. Many witnesses, however, thought the police exacerbated the situation by antagonizing the black men and protecting the whites. Overall, four people died, hundreds were injured, and black neighborhoods were severely damaged. It was the first race riot the city had experienced since 1871.

During the years of the First World War, racial attitudes in Philadelphia had changed. Increased hostility and discrimination affected not only struggling blacks like the Andersons, but also members of the established black elite like the Alexanders. As Mossell describes in her thesis, “As in the case of the probation officer (Adella Bond) so in numerous other occurrences, the colored people of every class received harsh treatment at the hands of the white public.” No wonder Anderson chose to leave the city to pursue her career; and no wonder that Alexander chose to stay, continuing to fight for civil rights as an attorney and early member of Philadelphia’s Commission on Human Relations.