New Exhibit Invites Visitors Inside The Life Of Rowhouses 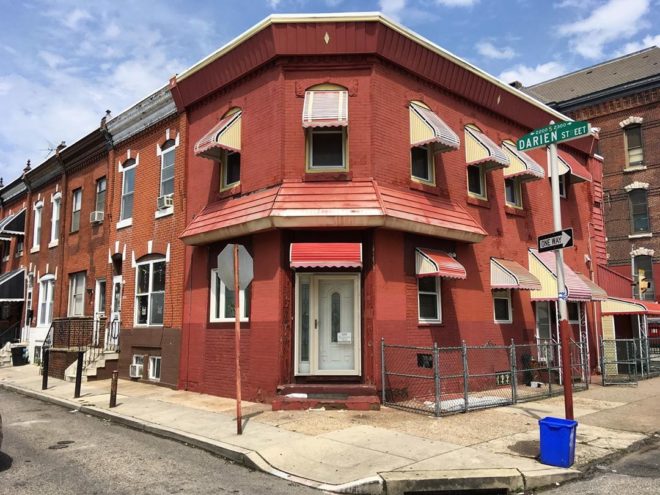 The personality and culture of Philly’s most ubiquitous architecture is the subject of Rowhouse Workshop, a new exhibition opening on Friday, June 7 at Cherry Street Pier. | Photo: Michael Bixler

For the last 12 months Brian Phillips and his team at Interface Studio Architects have immersed themselves in studying one of the city’s most iconic residential forms: the Philadelphia rowhouse. Through a grant awarded by Pew Center for Arts & Heritage, Phillips and the staff at ISA conducted a survey of four neighborhood blocks across the city, collecting family histories, songs, recipes, and everyday elements of human existence that make up Philadelphia’s dense urban experience. On Friday, June 7, ISA will reveal its findings at Cherry Street Pier with the opening of Rowhouse Workshop, an exhibition devoted to the culture of Philly’s ubiquitous dwelling.

The project initially sought to examine row house typologies, vernacular interventions, and how the architecture interacted with the streetscape. But, as the research team became acquainted with people living there, the stories and personalities of individual blocks began to surface and ultimately became the focus. “The idea was to reflect on and celebrate the embedded social histories of row house blocks and how the physical shapes of houses and urban fabric supports them,” said Brian Phillips, architect and founding principal of ISA. “Everyone thinks their block is the best one in Philly, and this creates an incredible sense of pride, identity, and community. As the city evolves and changes, we think it is important for the physical shapes of this social fabric to be preserved: stoops, porches, continuity of street wall, etc.”

ISA narrowed in on four blocks in North, South, and West Philadelphia, specifically 1900 S. Jessup Street, 1600 S. 13th Street, 4000 Cambridge Street, and 900 N. Orianna Street. Phillips said these individual blocks were specifically chosen to cover as much of the city as possible, while working with the firm’s existing connection to certain neighborhood groups and CDCs. 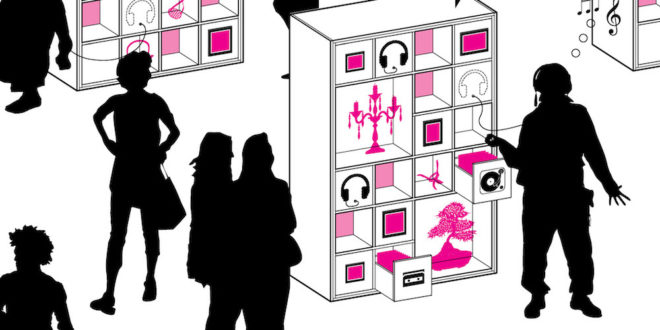 The exhibition will share stories, songs, recipes, and physical objects from four different blocks across the city through multimedia totems. | Image courtesy of Interface Studio Architects

Throughout 2018, ISA hosted community block dinners to meet the neighbors and generate interest and participation in the project. As the research team delved into the social histories of residents, collective portraits of a “city of neighborhoods” emerged. “A standout for me was a couple in Northern Liberties who discovered, after the fact, that they were living within a few blocks of all four of their grandparents who had immigrated decades before and found the same affordable neighborhood. This is such a testimony to the power of Philly’s neighborhood fabric,” said Phillips.

ISA interprets their research findings in the exhibition through multimedia totems built by local teenagers through their partner, Tiny WPA’s community building program. A mix of physical and digital media will guide visitors through a series of block installations, piecing together lives and homes with a patchwork of data and stimuli. Attendees will also be able to interact with the exhibit by adding their own story to the project through a self-directed row house workshop of their own. The public is encouraged to describe their block on a collective totem and add stand out locations for potential future examination.

The exhibition may be the official finish line for the grant, but Phillips hasn’t ruled out keeping the research and analysis going. “There are no specific plans or timeframes at the moment. However, I think we will probably look for opportunities to follow this up either by casting a wider net by finding a way to get more blocks involved or doing a deeper dive by looking more closely at the details,” said Phillips.

Rowhouse Workshop opens with a public reception on Friday, June 7 from 5PM to 8PM. The exhibition is free and will be on view in the Garage Space at Cherry Street Pier until June 30, 2019.