Riding The Rails With Philly’s “Little Engine That Could” 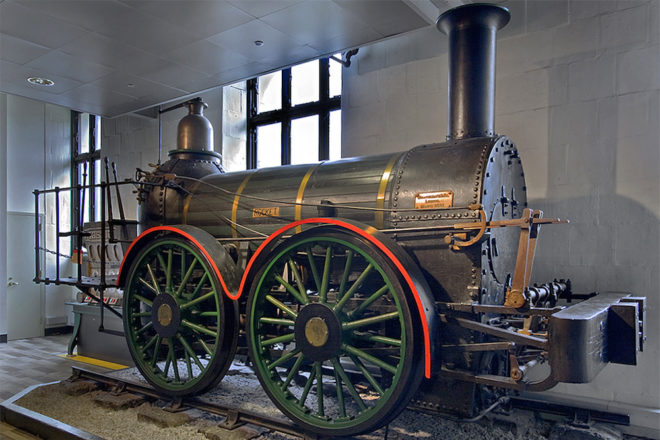 Rocket at the Franklin Institute has been in the museum’s collection since 1933. | Image courtesy of Mitch Goldman, Railpictures.net

Although Baltimore considers itself “The Birthplace of the American Railroad,” that designation really belongs on Philadelphia’s resume. In addition to the mighty Pennsylvania Railroad being headquartered here, the number of trailblazing rail transport companies that built the country’s rail network is legendary. Baldwin Locomotive, the Budd Company, and the J.G. Brill Company are the most notable of these firms, as they once made Philadelphia the preeminent manufacturer of railroad locomotives, railcars, and streetcars.

One remnant of railroad manufacturing not created in Philadelphia, but equally important to telling the story of the city and state’s railroad history, is on display at the Franklin Institute. Rocket, a 0-4-0 wood-burning steam locomotive that originally weighed 17,000 pounds, was built by Braithwaite, Milner & Company, a short-lived producer of steam locomotives in London, England. This engine was not the same as the famed Rocket designed by Robert Stephenson in 1829. That 0-2-2 locomotive was also preserved and is now on display at the Science Museum in London. 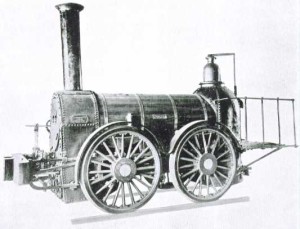 Rocket’s boiler was capable of generating 25 horsepower and was the first of eight English-made locomotives purchased by the Philadelphia and Reading Railroad from 1838 to 1841. The others, all made by Braithwaite, Milner & Co., were named Firefly, Spitfire, Comet, Dragon, Helca, Planet, and Gem. These engines all did good work on the Reading Railroad line, with most remaining in service for decades.

The engine was delivered to Philadelphia’s Spruce Street Wharf in March 1838. Legend is it accidentally fell into the Delaware River upon arrival and remained there until a crane of sufficient power could be found to lift it out. Rocket was later carried by boat via the Schuylkill Canal to the foot of Penn Street in Reading, Pennsylvania. It was then hauled by horses to the Reading-Pottstown Line terminus on 7th Street in Reading.

Rocket was first used for passenger service on the Reading-Pottstown section of the Reading Railroad in July 1838. The first engineer used a cowhide to thrash the engine’s smokestack to dislodge cinders from inside. The maximum speed of Rocket was less than 30 miles per hour. It was built in the era when doctors believed that faster speeds would cause human blood to boil. 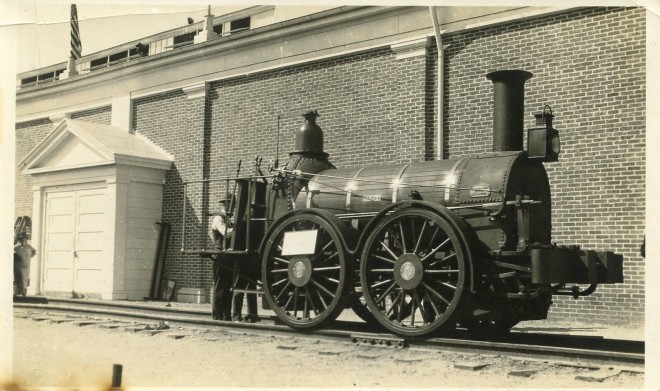 Rocket in the early 1930s before being donated to the Franklin Institute. | Image: Ebay

Rocket sat unused and neglected until it was fully restored for exhibition at the World’s Columbian Exposition of 1893 (aka the Chicago World’s Fair) and later was on display at the Field Columbian Museum (aka the Field Museum of Natural History). In 1904, it was shown at the Louisiana Purchase Exposition of 1904 (the St. Louis Exposition). Back in Philadelphia, Rocket was placed inside the Reading Railroad’s Columbia Avenue Station along the 9th Street Branch (formerly the route of the Philadelphia, Germantown, and Norristown Railroad). The station was located along the Reading Railroad’s line at Cecil B. Moore and 9th Street. It has since been replaced by Temple University Station a few blocks to the north. 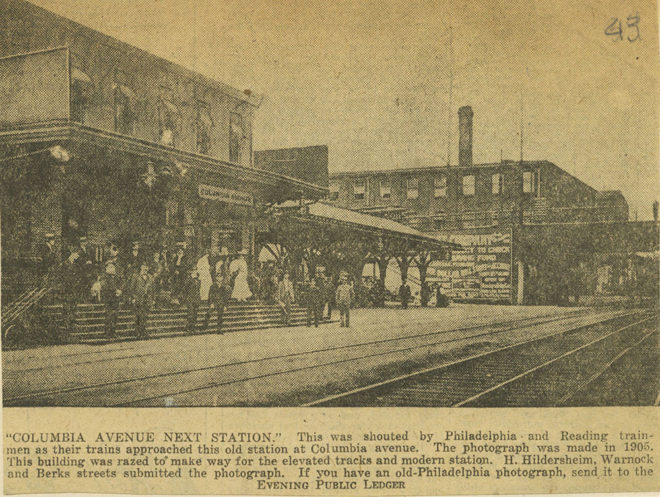 The Reading Railroad’s former Columbia Avenue Station in 1905 when Rocket was on display inside. | Image courtesy of Print and Picture Collection, Free Library of Philadelphia

The locomotive was exhibited again in 1927 at the Fair of the Iron Horse in Halethorpe, Maryland. There, it helped celebrate the Reading Railroad’s centennial. Afterwards, the aging, little engine went on display at Philadelphia’s Reading Terminal before being donated to the Franklin Institute in 1933. It was placed in the Railroad Hall, the predecessor to the Institute’s Train Factory room. By this time all of Rocket’s Reading Railroad siblings from England were long gone.

For 86 years, Rocket has been part of the Institute’s collection. Unlike visitor favorite Baldwin 60,000, Rocket is stationary and rests on tracks that were in use in 1838. But this survivor still gives train enthusiasts a thrill, as the little engine is perhaps the oldest railroad item on permanent display in Philadelphia.