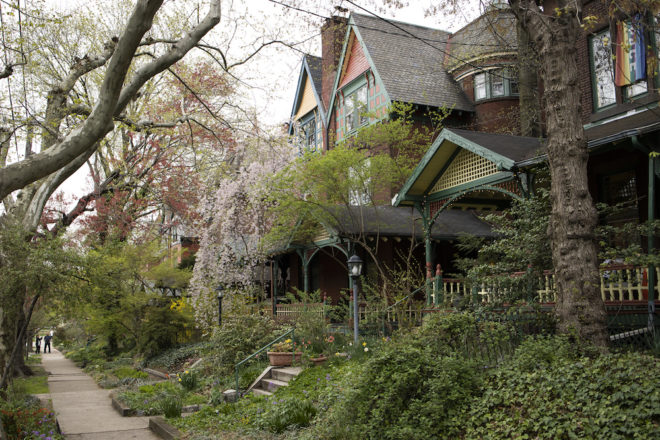 Chester-Regent Historic District is on its way to potentially becoming West Philadelphia’s next mini-district if recommended and approved for historic designation. | Photo courtesy of Ryan Collerd

On Wednesday, April 17 the Philadelphia Historical Commission’s Committee on Historic Designation will review nominations for 13 properties and one historic district during their monthly public meeting at 1515 Arch Street, Room 18-029. All recommendations made will go before the full Commission in a future public hearing for possible historic designation. Topping the agenda is the University City Historical Society’s submission of another small district in West Philadelphia. The Chester-Regent Historic District, a 41-property district along Chester Avenue and Regent Street between 45th and 46th Streets, encompasses roughly two and a half blocks of large, three-story brick twins and a single family mansion designed by eccentric Victorian-era architect Willis G. Hale.

If approved, the Chester-Regent Historic District will be the third mini-district in West Philadelphia designated in the past two years. The most recent district, Satterlee Heights in Spruce Hill, was unanimously approved for designation by the Historical Commission in July 2018. The trend of nominating smaller, home owner-supported historic districts appears to have emerged after Councilwoman Janie Blackwell blocked efforts to designate a much larger district in West Philadelphia in 2002 by introducing a bill that would require City Council approval on all historic districts.

All of the homes within the district’s nomination were built between 1889 and 1892 on the estate of oil merchant J. Lewis Crew and reflect Hale’s distinctive style, often likened to iconic Philadelphia architect Frank Furness. The picturesque residences, loosely categorized as Queen Anne Style, feature details like spool-turned posts and balusters, wrapping porches, and large, curved windows on elegant “pseudo turrets” at the corners. The single family mansion 4520 Chester Avenue has been converted into The Gables Bed & Breakfast. The nomination claims that the district is significant for its connection to the development of West Philadelphia into an early streetcar suburb.

Also up for consideration is the Institute for Colored Youth in Bella Vista. The nomination, submitted by the staff of the Historical Commission, includes the former school’s main building (915-25 Bainbridge Street, built in 1866) and its Industrial Department building, (610 South Percy Street, built in 1888). According to the nomination the school was considered to be “at the forefront of African-American education in Philadelphia, as well as the United States,” and was led by an all African-American faculty. It was founded by Quaker philanthropist Richard Humphreys in 1832. A number of the school’s faculty and graduates, including civil rights activist Octavius Catto, went on to play prominent roles in the fight for racial equality. 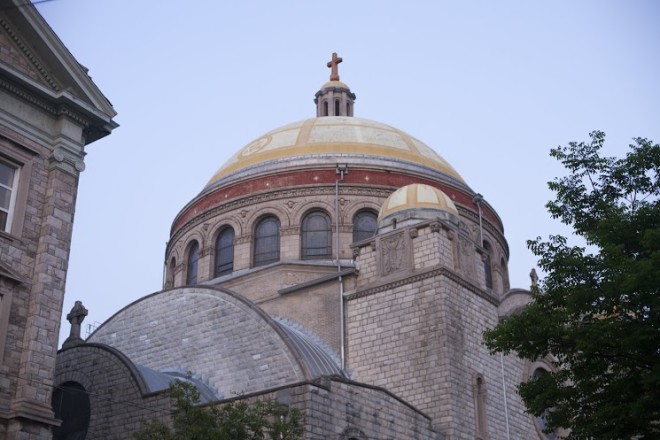 The West Philadelphia Railway Company Depot at 4100 Haverford Avenue has been nominated by University City Historical Society. The building was constructed in 1876 and is the last remaining structure belonging of the West Philadelphia Passenger Railway Company, “the first and most significant streetcar company in West Philadelphia,” according to the nomination. The large brick building sports flashy polychromatic brick work and distinctive Victorian ornament despite its utilitarian purpose and simple, rectangular massing. It is currently occupied by Traction Company, an artist collective founded by students from the Pennsylvania Academy of the Fine Arts who began repurposing the building in 2007.

Another West Philadelphia gem, St. Francis de Sales Church at Springfield Avenue and 47th Street, has been nominated by Corey Loftus. The iconic Byzantine Revival structure and its distinctive dome is a cherished neighborhood landmark in Cedar Park. The church was built between 1907 and 1911 and features Nicola D’Ascenzo stained glass windows and a Guastavino tile dome. Architect Henry D. Dagit was reportedly inspired by the Hagia Sofia cathedral in Istanbul, Turkey. St. Francis de Sales is part of a complex including a parish school and rectory, however, the church is the only structure included in the nomination.

A handsome brownstone at 726 Chestnut Street that was originally built for Glenn & Co. Perfumery has been nominated by the Keeping Society of Philadelphia. The building was constructed between 1855 and 1856 by Struthers & Sons. The purpose-built commercial building commissioned by Glenn & Co. is distinctive and embodies mid-19th century trends when commercial architecture began to deploying fanciful and eye-catching facades. According to the nomination, the Glenn & Co. Perfumery building is the only surviving brownstones on the block.

All of the aforementioned nominations have been recommended for designation by the staff of the Historic Commission.

The following properties are also up for review by the Designation Committee:

The Columbia Works (aka Eagle Bolt Works) at 155-59 Cecil B Moore Avenue in Kensington is an industrial compound built between 1866 and 1867. The location is where William P. Uhlinger manufactured the Jacquard Loom, which revolutionized the production of textiles worldwide. The nomination was submitted by the Keeping Society of Philadelphia and is supported by Historical Commission staff, although it is recommended that some structures within in the parcel be considered non-contributing resources. 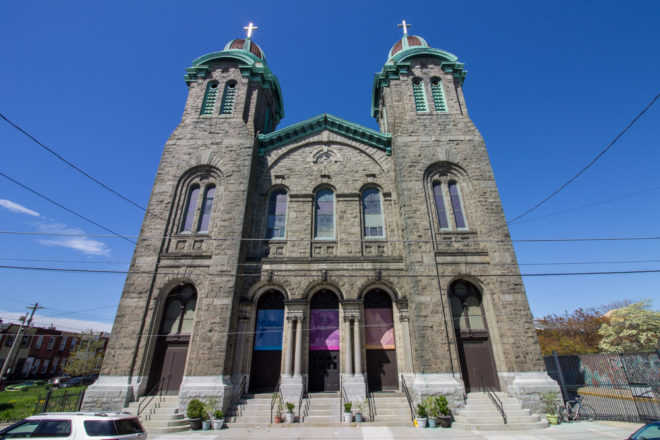 St. Thomas Aquinas Roman Catholic Church at 1616 S. 17th Street was designed by architect Edwin Forrest Durang. Classified as Romanesque-Baroque, the church and rectory is significant for its connection to Durang, a prolific church designer during the “Golden Age” of the Archdiocese of Philadelphia. The church was nominated by Celeste Morello and is recommended by Historical staff.

St. Dominic’s Roman Catholic Church at 8500 Frankford Avenue was built in 1896 and designed by architect Henry Albert Roby in the Victorian Gothic Style. The church was also nominated by Celeste Morello and is recommended by Historical Commission staff.

St. Leo the Great Roman Catholic Church at 6658 Keystone Street in Tacony was the first Catholic church built in the area, catering to the growing workforce in this Northeast Philadelphia enclave. The nomination, submitted by Celeste Morello, is recommended by Historical Commission staff.

McMichael Park, a 5.1 acre park in East Falls at 3201-45 Midvale Avenue was nominated by The Friends of McMichael Park. Historical Commission staff claims that the nomination fails to demonstrate that the property satisfies the listed criteria for designation.

Four properties up for review this month were carried over from the March 2019 meeting including the Otis Elevator Company Boiler and Engine House, the Peter Woll & Sons property at 152-78 Berks Street, Boxwood, the former residence of Robert Bowne Haines, Jr. and Mary West Huston Haines in Germantown, and the Tacony Club at 4619-25 Longshore Avenue.