As Philadelphia Celebrates Its Growth, A Call To Be More Inclusive 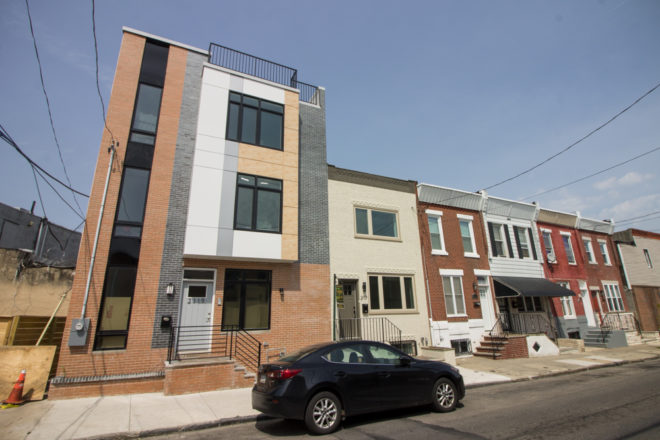 Point Breeze in South Philadelphia has seen a surge of real estate investment in the last five years. The income divide between newcomers and longtime residents is skyrocketing. The neighborhood’s growing disparity of wealth is punctuated on nearly every block by new construction projects. | Photo: Michael Bixler

In the past few years, Philadelphians have rallied around the news that, after decades of decline, the city has been regaining population. Government, businesses, the tourist industry and others all use it in their various sales pitches. But it’s also no secret that the growth is unequal, both where it is occurring and for whom. This was demonstrated recently when the Pew Charitable Trusts released its 11th annual State of the City report on April 11. The study documents the disparities by zip code in several metrics, including education levels, home sale prices, and income.

For the latter, the city’s median household income of $39,759 is significantly lower than that of peer cities, but this figure doesn’t tell the whole story. Nearly half of the city’s households earn less than that already-low figure. Moreover, there is a sevenfold disparity between the zip code with the highest median household income (19106 – Society Hill/Old City) at $106,823 and the lowest (19133 – North Philadelphia East) at $15,232.

Now, the Chamber of Commerce for Greater Philadelphia has launched the PHL Neighborhood Growth Project with the goal of “an inclusive prosperity.” At an event this week called “Defining Growth for Philadelphia,” the Chamber asked leaders from businesses, government, and neighborhood organizations to identify what the city needs in job creation, business development, and real estate development to share in prosperity more equitably.

Although they are a membership organization of businesses, the Chamber has engaged a coalition of partners–nonprofit organizations, the local chapter of the African American Chamber of Commerce and the Asian American Chamber of Commerce–and surveyed residents across the city. “Once we broadened the conversation with these groups, our focus broadened beyond our traditional concern of creating jobs,” explained Yvette Nunez, the Chamber’s vice president for civic affairs. 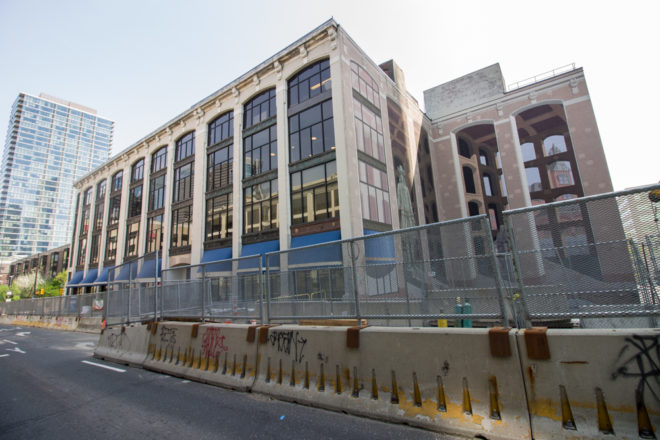 Attracting more corporations to Philadelphia is critical for increasing job opportunities for the city’s growing population and cutting down on the roughly 200,000 employees that leave the city for work each day. Malvern-based investment management company Vanguard Group recently opened its Innovation Center at 2300 Chestnut Street after being courted by Mayor Jim Kenney, the Chamber of Commerce for Greater Philadelphia, and the PIDC in 2017. | Photo: Michael Bixler

Several well-known discontinuities came up. Employers say they can’t find qualified workers, while representatives of government and civic organizations say their people can’t find jobs. “How do we have a win-win for both current and future Philadelphians?” asked Reverend Luis Cortes, Jr., president and CEO of Esperanza, a faith-based organization that advocates for the Hispanic community. “We have large communities that are outside the employment system.”

From the employer perspective, Michael Cooper, manager of external relations for Leonardo Helicopters, a company based in Rome, Italy with a plant in Northeast Philadelphia, said education needs to catch up with today’s business world. “We have an outdated perception of manufacturing,” he said, calling it more technical than physical work now.

Councilman Allan Domb also keyed in on education. Not surprisingly, the real estate developer bemoaned the lack of entrepreneurship education in schools. “You make a living working. You create wealth by owning,” he said, citing the Pew study which showed only 2.5 percent of Philadelphia businesses are owned by African Americans, though the city’s Black population is over 40 percent.

Another disparity is in real estate development. While it yields jobs and a higher tax base, the incentives have been concentrated on certain kinds of development and in only a few zip codes. Councilwoman Cherelle Parker said her district, which includes West Oak Lane, Olney, and Oxford Circle, hasn’t benefitted from the city’s tax-abatement program like Center City has. 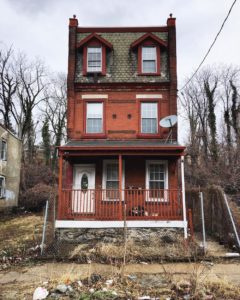 This Victorian-era row house near La Salle University only scratches the surface of the neighborhood’s unique historic building stock. Municipal tax credits for prospective low-to-middle income homeowners could provide a healthy injection of growth and preservation to neighborhoods outside of the 10-year tax abatement’s investment orbit. | Photo: Michael Bixler

“We have to stop excluding preservation of our existing housing stock,” Parker declared, noting that her district is comprised mostly of areas that have been classified as “middle neighborhoods” full of older housing stock. “They’re on the tipping point and could go boom or go bust based on investments that are made there. We have not targeted much-needed resources for preservation in these communities.”

Parker’s concern about aiding homeownership in less affluent neighborhoods was echoed by the Pew study. Philadelphia’s high rate of homeownership has been unusual for a large city, but the Census Bureau reported that as of 2017, renters outnumber homeowners for the first time.

On top of that, the number of Philadelphia households that spend more than 30 percent of their income on rent, which the federal government considers “rent-burdened,” stands at nearly 54 percent, while nearly a third spend 50 percent or more of their income on rent. “We have lost thousands of units of affordable housing, and that will come back to haunt us,” said Esperanza’s Luis Cortes, Jr.

The authors of the Pew study decline to offer opinions or solutions, seeing their role as analyzing the data for others to act upon. The Chamber has mapped out an “inclusive growth agenda” for its PHL Neighborhood Growth Project. Its 19 bullet points advocate for funding state-of-the-art public education, workforce initiatives, drug treatment programs, reforming the property tax abatement, streamlining city government regulations, and more.

The Chamber goes on to say it is all doable. By whom? Why, the city of course. Although the Chamber refers to its project an “all-hands-on-deck effort,” the vast majority of suggested remedies call for more City spending. At the same time, they are holding fast to the business sector’s constant call for the City to reduce wage and business taxes and add tax credits.