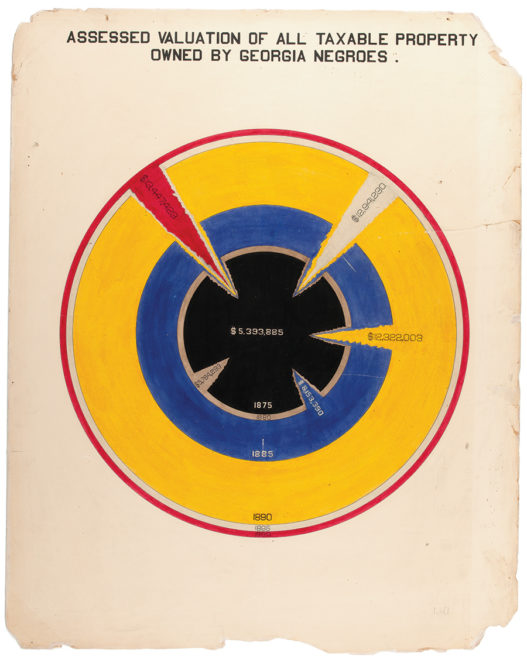 In 1897, William Edward Burghardt Du Bois, then a young assistant in the Department of Sociology at the University of Pennsylvania, was commissioned to launch what became his brave inquiry into the pernicious effects of racism. Prevailing notions of Black inferiority were so entrenched that extraordinary effort was necessary to break through the color line. Du Bois, a Queen Village resident at the time, applied scientific, visual analysis to deconstruct systemic racism. W.E.B. Du Bois’s Data Portraits: Visualizing Black America, published in October by Princeton Architectural Press, puts together for the first time 63 sophisticated maps, charts, and graphs that the future Black rights activist and his field researchers used to convert social data into diagrams of economic and social depravation based on race. Du Bois traveled across the Atlantic to install these at the 1900 Paris Exposition.

As Frederick Douglass had innovatively harnessed the new medium of photography, Du Bois also fought back against post-slavery white supremacy with visual means. Du Bois’s eloquent graphics are presented in this new collection by editors Whitney Battle-Baptiste, director of the W. E. B. Du Bois Center at University of Massachusetts and Britt Rusert, an assistant professor in the W. E. B. Du Bois Department of Afro-American Studies at University of Massachusetts Amherst. The pioneering Black sociologist used these graphics to educate the world, almost as a prescription to bring white society to its senses, to appreciate what African Americans had to offer. Over time, he came to realize that whites had a completely different reading of their own self interest. It is an ironic contradiction that the very precision of Du Bois’s graphics were his attempt to color outside the lines, to ameliorate with color the pervasively harsh “white space” that dominated and ruled the era.

Du Bois led a peripatetic life and educational path that took him to Berlin and back to the United States at Harvard. He clashed intellectually with major Black figures of the time, namely Booker T. Washington and Marcus Garvey. Ultimately, Du Bois left this country in despair for Africa, living out the rest of his life as a citizen of Ghana and a communist. His writings and graphics presented in W.E.B. Du Bois’s Data Portraits: Visualizing Black America, as his own form of Black rights activism, remain pointed and cogent to this day.

In his seminal sociological treatise of the late 19th century, The Philadelphia Negro: A Social Study, Du Bois wrote about major racial problems that still persist in our city nearly 150 years after his birth. His descriptive language may seem formal, but undercurrents of economic disadvantage and ingrained prejudice he wrote about in 1899 still flow beneath this city like the silent network of creeks covered up long ago. 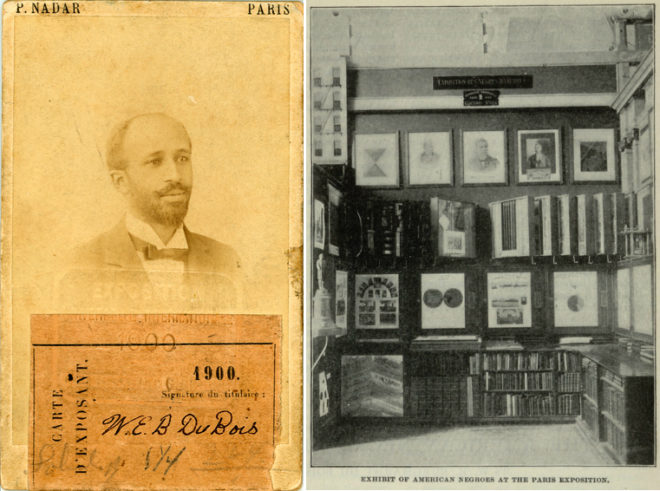 Philadelphia’s plate tectonics of race, class, and immigration are shifting and reshaping the city in  dramatic ways amid this new era of revitalization, redevelopment, and gentrification. The built environment is a three-dimensional expression of economic and social needs and norms. The better we understand these underpinnings, the more insightful and effective our urban critiques and policies. Our buildings today are nested within civic spaces, zones that people of color travel without passport for entry or acceptance.

In a forward for a 1996 edition of The Philadelphia Negro, Elijah Anderson, urban ethnographer, leading authority on race relations in America, and Professor of Sociology at the University of Pennsylvania for 32 years, compares and contrasts our present day city with Du Bois’s world. We experience contemporary social integration and advancement that would have astounded the learned and worldly DuBois. Yet, according to Anderson, Du Bois laid bare post-slavery systems that, to this day, could be read as an intransigent check on true emancipation.

In his 2011 book, Cosmopolitan Canopy: Race and Civility in Everyday Life, Anderson, Sterling Professor of Sociology and African American Studies at Yale University, reveals the daily dance and subtle communication cues that alert African Americans navigating the city. He also refers to the provocatively-titled “Nigger Moment,” incidents where Black city dwellers experience “acute disrespect based on race.” Anderson explains that “white space” may be invisible to whites, but to African Americans it is a potential minefield of hazardous public encounters.

In the book Anderson goes on a walking tour of Philadelphia’s string of “cosmopolitan canopies” to the Reading Terminal Market where he engagingly observes a “contagious congeniality” amidst teeming diversity. Through his eyes, it’s as if you are in a fish tank of exotic species that fluidly commingle. Anderson writes that “a canopy can be a compact public place, a city street, or an entire neighborhood. Even the city itself can be imagined as a cosmopolitan canopy.” These islands of civility are a proving ground of sorts for all people to elevate themselves, to become more sophisticated towards and tolerant of each other and even to enjoy those who are not in their familiar social orbit. Yet there is a tension between cosmopolitan outreach and enthnocentric retreat that we are all prey to individually. 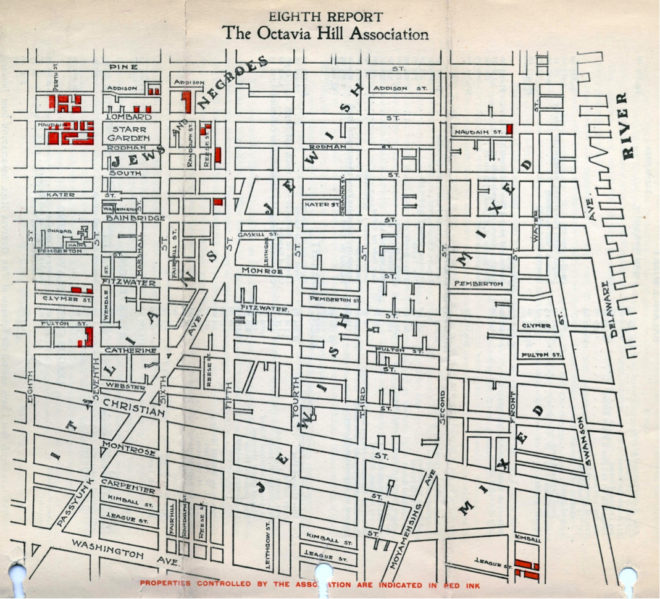 Map detail from W.E.B. Du Bois’s 15-month study on race and class in Philadelphia’s 7th Ward. His research of populations in the city would be later be published in The Philadelphia Negro: A Social Study. | Image: The Ward

It is harrowing to read Anderson’s account of the hypervigilance that African Americans maintain and endure on a daily basis. They never know when they have transgressed “white space,”  where the gloss of public civility might suddenly peel away. A bolt of lightening, the moment of acute disrespect, may expose the great racial divide, what he calls “fault lines.” Black people operate with a “deficit of credibility,” Anderson writes, and have to prove themselves in many spheres of daily life. That said, he believes that canopies represent a hopeful, civic possibility for all of us to aspire to. Indeed, it is not a new phenomenon as it has its precedent in the open markets and piazzas of Ancient Rome.

Over a century ago, Du Bois sounded a timeless, optimistic note of advice for us as Philadelphians when he wrote, “A polite and sympathetic attitude toward these striving thousands; a delicate avoidance of that which wounds and embitters them; a generous granting of opportunity to them; a seconding of their efforts, and a desire to reward honest success–all this, added to proper striving on their part, will go far even in our day toward making all men, white and black, realize what the great founder of the city meant when he named it the City of Brotherly Love.”

Urban planners and architects would do well to study the sharp observations and writings of Du Bois and Anderson, to open their eyes to forces that render new spaces socially habitable or inhabitable, welcoming or dangerous, tolerant or intolerant, unifying or divisive.