When The United Nations Almost Chose Philly For Its HQ

November 23, 2018 | by Historical Society of Pennsylvania

After pitting cities against one another in a quest to host its second headquarters, Amazon finally ended more than a year’s worth of speculation on November 13, announcing it would split its coveted HQ2 between Arlington, Virginia and New York City. Amazon chose these locations from a shortlist of 20 candidates, which included Philadelphia.

The bidding competition behind HQ2 parallels another historical event that involved Philadelphia and its east coast rival New York City: the contest to host the United Nations (UN) headquarters.

In June 1945, as World War II drew to a close, representatives from around the globe gathered in San Francisco to draft the charter for the UN. A majority of delegates agreed to establish the organization’s headquarters in the United States, and cities across the country began campaigning for the honor before all the founding nations had even ratified the charter.

Philadelphia emerged as a top candidate thanks to the city’s history and the lobbying efforts of its editorial boards and political leaders.
“Philadelphia, more than any other city in the world, embodies those spiritual values which would inspire and strengthen the United Nations Council,” the editorial staff at the Philadelphia Record wrote 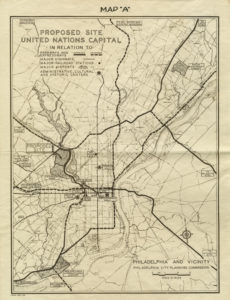 Advocates for Philadelphia’s bid actually began their campaign before many of the other contenders. Delegates including Haverford professor Dr. John G. Herndon and Judge L. Stauffer Oliver traveled to the June 1945 conference in San Francisco to represent the city. These two men joined other notable Philadelphians such as Temple University president Robert Johnson on an international tour, traveling to the White House and to London to make their case.

The city formed a campaign committee that treated UN representatives to concerts by The Philadelphia Orchestra and organized public broadcasts in support of the bid, including one that featured a diverse cast of Philadelphia area school children to represent the city’s international character. Even Pennsylvania’s General Assembly jumped on board, passing a unanimous resolution that called for President Harry Truman and Secretary of State James F. Byrnes to “advocate the establishment of the World Capital of the United Nations on the soil of Pennsylvania and in the City of Brotherly Love.”

Despite the strengths of San Francisco and New York City—the other main candidates—Philadelphia earned the support of delegates from the United Kingdom, Poland, the Soviet Union, India, New Zealand, and many more nations, putting the city on the threshold of winning the bid.

A last minute intervention by John D. Rockefeller, Jr., however, dashed Philadelphia’s hopes. In December 1946—just days away from the UN’s official selection of Philadelphia—Rockefeller offered to donate $8,500,000 worth of property in Manhattan to the UN. Delegate support for Philadelphia quickly dissipated.

Although losing the bid must have been difficult for the campaign’s most ardent supporters, perhaps it was a blessing in disguise. Major institutions are capable of changing the urban landscape and not always for the better. Amazon’s HQ2, for example, has stoked fears of gentrification in Queens. Residents are also concerned about squandering resources on tax breaks for a profitable company while the city’s subway struggles to operate efficiently.

Had the UN selected Philadelphia, the city would look dramatically different today. A leading proposal at the time placed the headquarters in the middle of Fairmount Park, which may have resulted in the development and commercialization of this cherished green space. 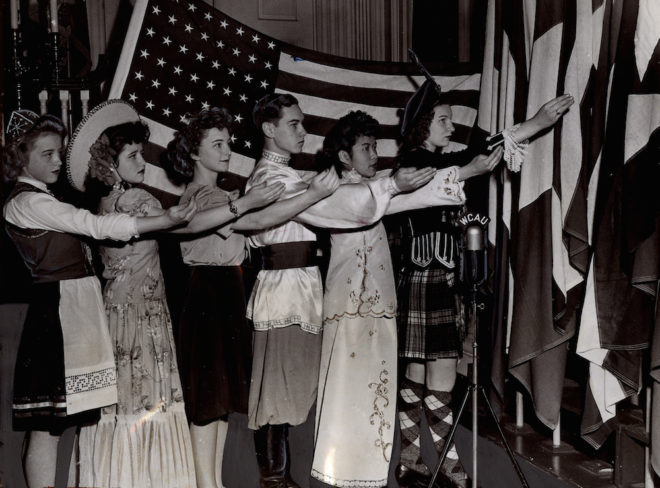 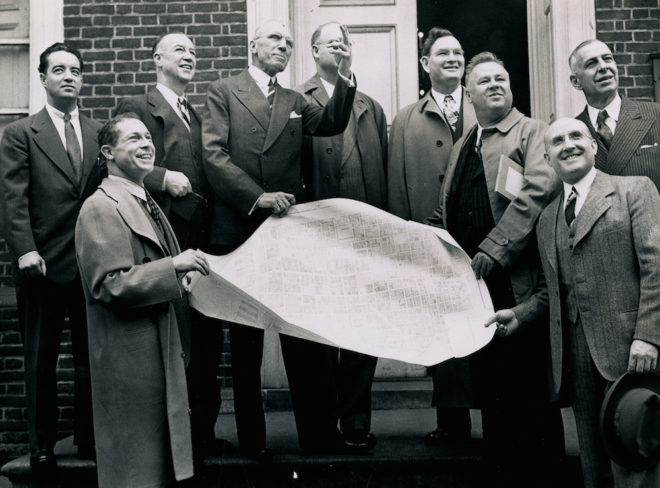 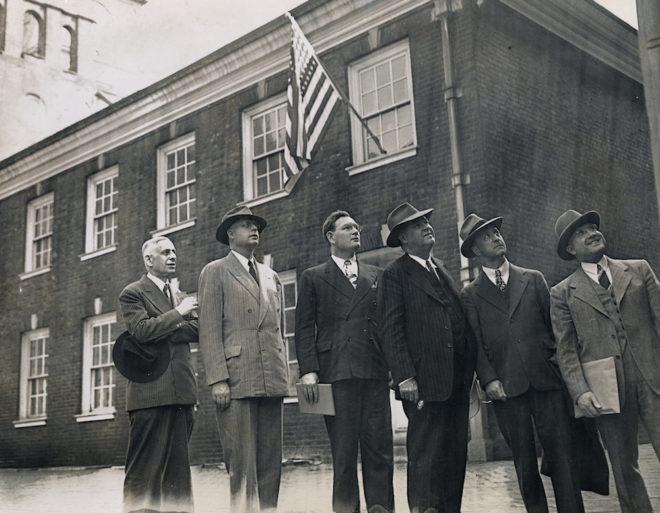 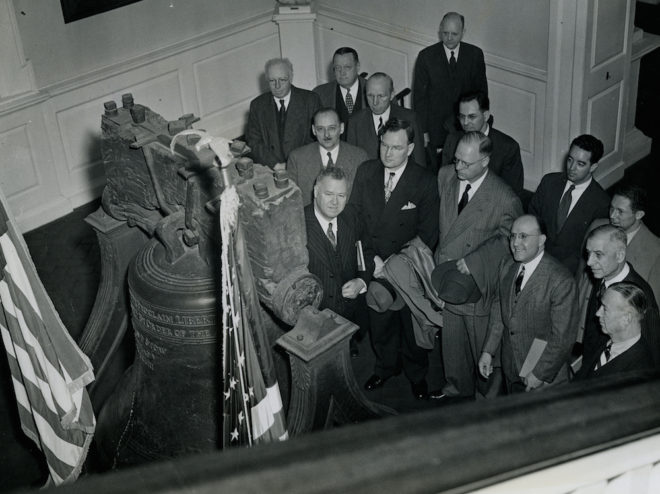 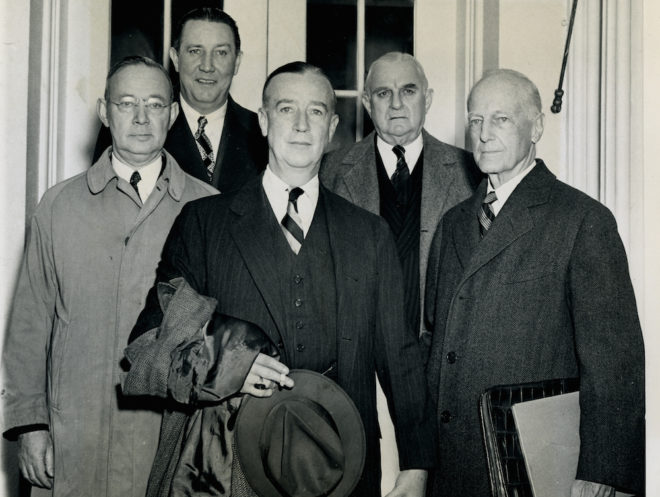 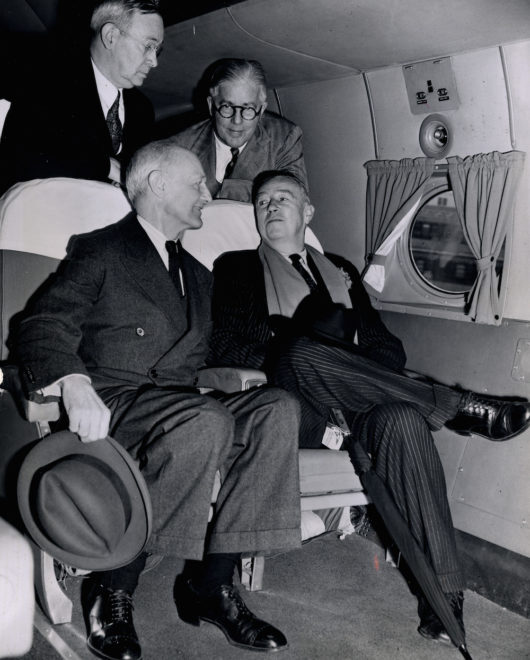 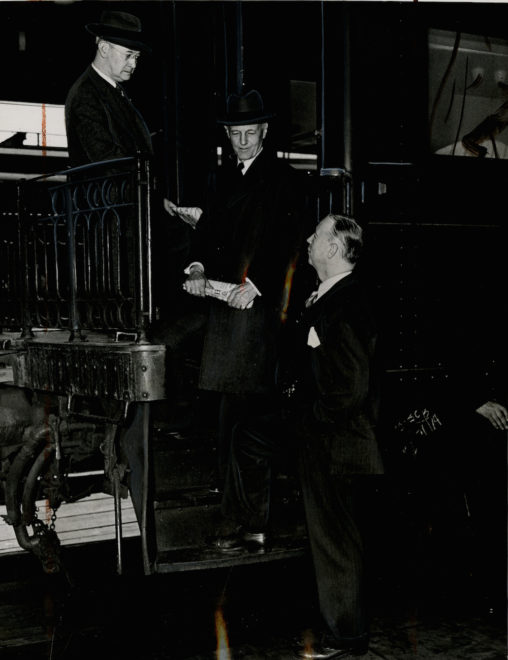 A three-man delegation representing Philadelphia board a train in Philadelphia for New York, where they would fly form LaGuardia to San Francisco to advocate for their home city to serve as the home of the UN headquarters before the San Francisco Conference. From left to right: Dr. John G. Herndon, professor of government at Haverford College; Judge L. Stauffer Oliver and Dr. Robert L. Johnson, chairman of the general citizens’ committee working on the project. Photograph. May 1945. From the Philadelphia Record photograph morgue collection [V07], Historical Society of Pennsylvania.