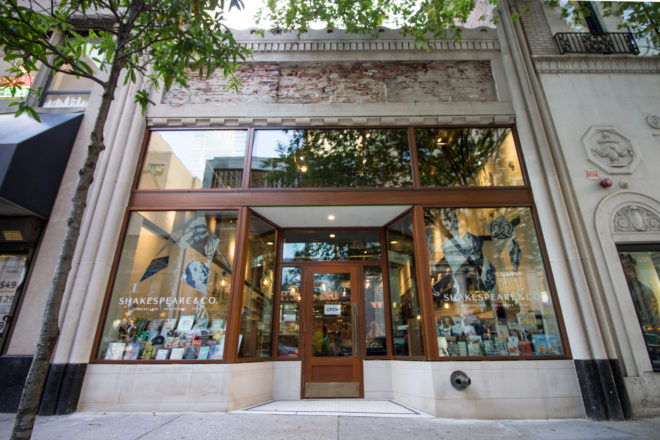 An instant hit in Rittenhouse Square. Manhattan-based bookstore and coffee shop Shakespeare & Co. opened its doors on Tuesday to an enthusiastic crowd. The 1930s-era building is the former location of a bank branch of Fidelity Trust Company. | Photo: Michael Bixler

When it comes to adaptive reuse in a demolition-friendly city like Philadelphia, hope often comes in small packages. Without substantial, local tax incentives and an adaptive reuse ordinance, Philly’s remarkably diverse stock of reclaimable buildings is at the mercy of real estate development drunk on razing, redeveloping, and maximizing profits, construction quality and aesthetics be damned. So it’s refreshing when unassuming spots like the former Center City branch of Fidelity Trust Company at 1632 Walnut Street spring to life after years of dormancy. On Tuesday, Manhattan’s famed independent bookstore and café  Shakespeare & Co. opened the doors of its first location outside of New York City at the old Walnut Street bank. 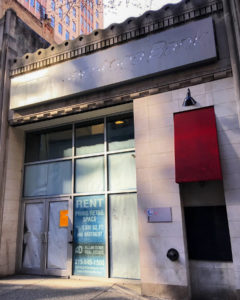 Conestoga Bank pulled up stakes at 1632 Walnut Street a few years ago. The storefront stayed empty despite a flurry of new retail activity in the surrounding blocks. This photo was taken in March 2018. | Photo: Michael Bixler

Architecture firm Eimer Design went with a blend of clean and rustic simplicity in their redesign of the interior. Exposed duct work and naked plumbing give depth and texture to a spacious, unfinished ceiling overhead. Steel braces and painted brick round out the thought, while crisp subway tiles and bulbous pendant lights brighten up the coffee bar with casual refinement. A series of black book shelves lure readers down a path from the café’s seating towards the rear where the bookshop fills out and comes into its own. A short flight of stairs leads to a small mezzanine that offers a panoramic view of the activity below.

Along with jet fuel provided by La Colombe, the bookstore also offers an on demand printing service for titles unavailable on the floor. Their Espresso Book Machine, a state-of-the-art 3D printer, conjures up titles from the ether with full-color covers. Employees say the machine is capable of printing a book in roughly four minutes–about the time it takes to order a cup of coffee.

The property at 1632 Walnut Street was originally the residence of John Worthington Williams in the 1800s. He and his wife passed it down to their daughter Sarah and son-in-law Dr. Bayard Kane in the early 1900s. The home where the bookstore and cafe is now was either demolished or drastically altered in 1935 for a branch of the Fidelity Trust Company. The architect on the project was Frank E. Hahn who designed Warwick Hotel, Royal Theater, the Raymond Pace Alexander building (now a Target store) at 1900 Chestnut Street, and Beth Israel Temple at 1806 North 32nd Street. Conestoga Bank was the last tenant. Before Shakespeare & Co. moved in the Rittenhouse storefront had languished in vacancy for quite some time. 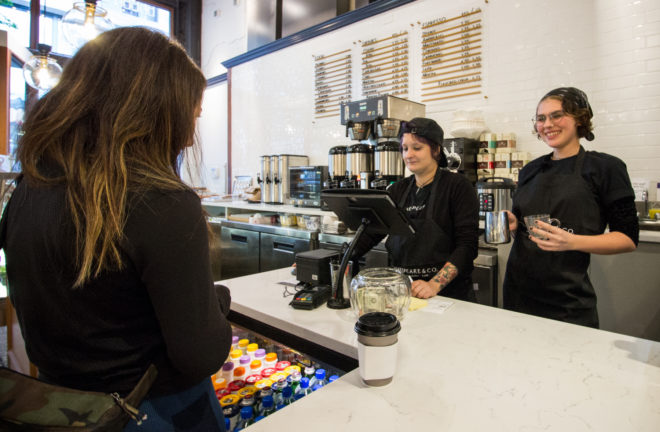 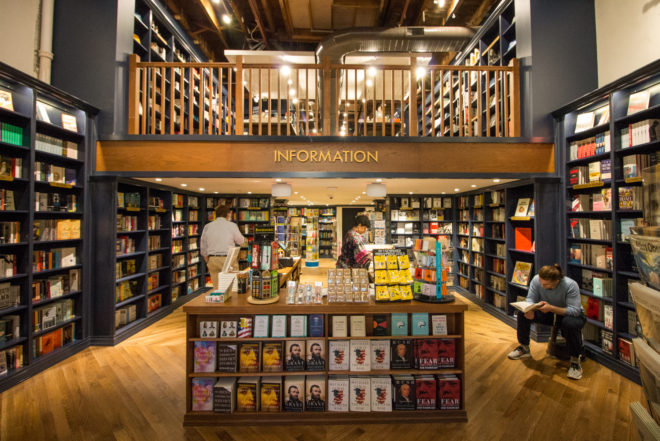 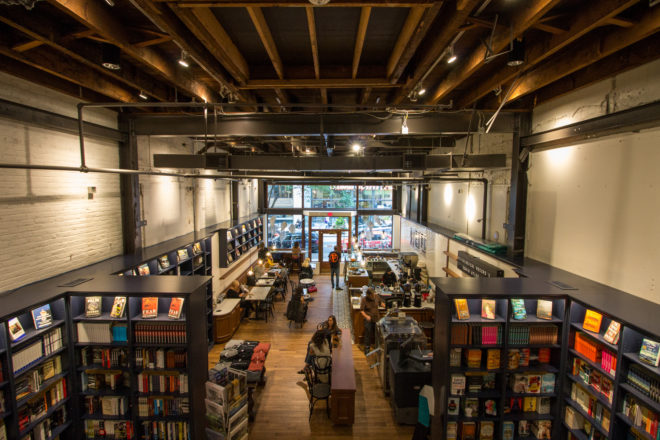