August 27, 2018 | by Historical Society of Pennsylvania 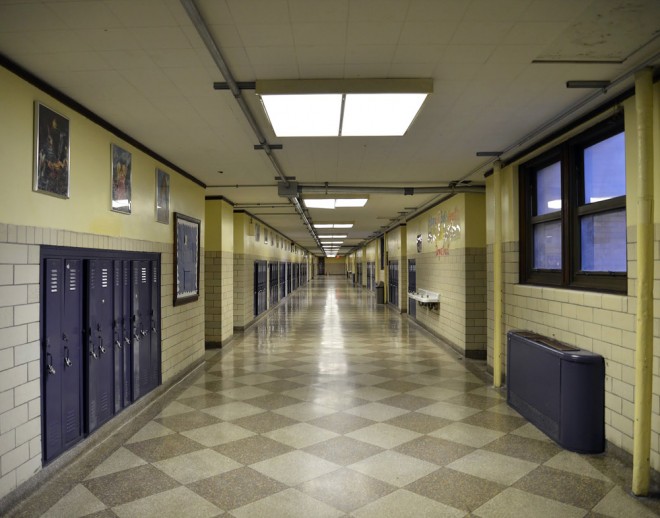 The empty halls of Bok Technical High School after the school was closed by the School District in 2013. | Photo: Katrina Ohstrom

This summer, Two Persons coffee shop opened its doors inside the Bok Building at 1901 South 9th Street in South Philadelphia. The café is named after the 1922 novel published by Pulitzer Prize winner Edward William Bok, the building’s namesake, and it joins a variety of innovative businesses, organizations, and artisans operating out of the 340,000-square-foot structure.

The building was constructed from 1935 to 1938 by President Franklin D. Roosevelt’s Public Works Administration and was designed in the Art Deco style by famed Philadelphia school architect Irwin Catharine. It originally served as Bok Technical High School, a vocational school that taught young Philadelphians a wide variety of trades. The school’s layout represented a groundbreaking approach to vocational education. Its interior featured dedicated spaces decked out with trade-specific equipment, providing students immersive training in everything from bricklaying to hairdressing. 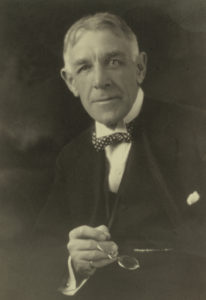 Edward W. Bok, Pulitzer Prize-winning author and editor of Ladies Home Journal from 1889 to 1919. Date of photograph unknown. | Image courtesy of the Philadelphia Award records, The Historical Society of Pennsylvania.

While the school’s curriculum evolved throughout the 20th century, it consistently featured a wide range of subjects thanks to its distinctive, accommodating structure. During World War II, teachers instructed students on the proper use of gas masks and firearms in lessons representative of the uncertain and tumultuous 1940s. In later years, students had access to cosmetology classes, an in-house TV studio, and a screen printing workshop.

The school endured from its inaugural year in 1938 until 2013, when the School Reform Commission elected to shutter the institution along with 23 other City-owned schools. Instead of falling into disuse (or, even worse, succumbing to demolition), the historic building received new lease on life from Scout Ltd, a development company chosen by the Philadelphia Industrial Development Corporation to repurpose the structure. The City endowed the building with a zoning status that allows small scale industry and residential spaces to exist side-by-side.

To many, the reuse of the Bok Building is a symbol of the changing face of Philadelphia. Creative types and young professionals enjoy the building’s chic rooftop bar, while the City’s public education woes continue unabated. Aspects of the Bok Technical High School ethos, however, live on in the mixed-used philosophy that defines the building today: music and ceramics studios exist alongside an inventive school for young children centered around play, creating a vibrant urban ecosystem of industry, creativity, and education.

These archival photographs from the school’s past provide a mirror to the present, underscoring how the school’s legacy has persevered in some ways and hinting at the educational opportunities that are now lost to time and economics.

All images are from the Philadelphia Record photograph morgue at The Historical Society of Pennsylvania. 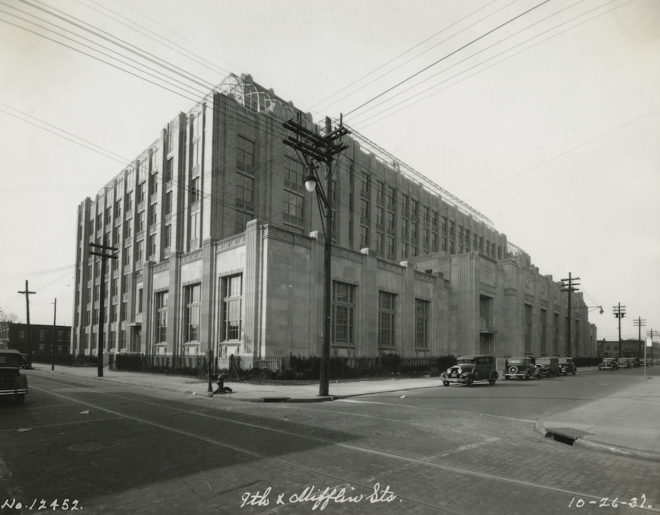 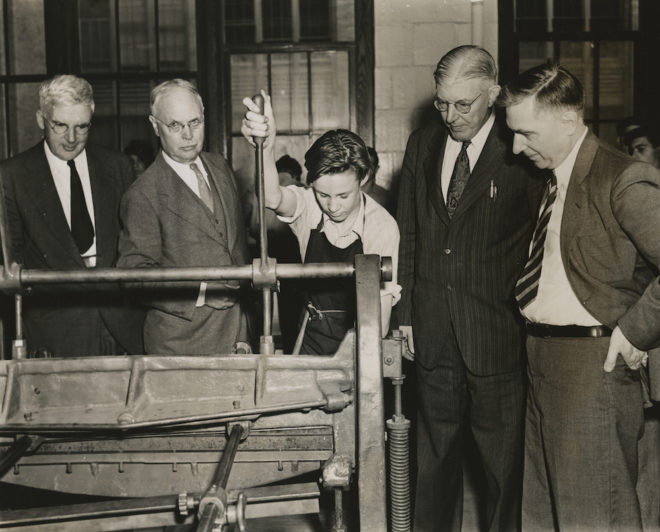 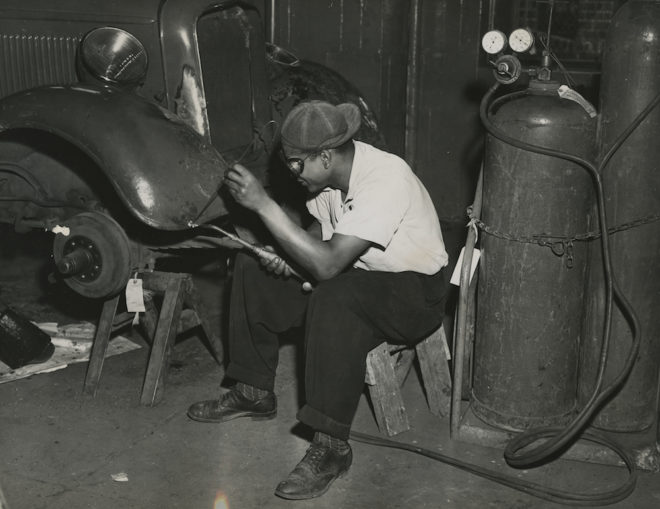 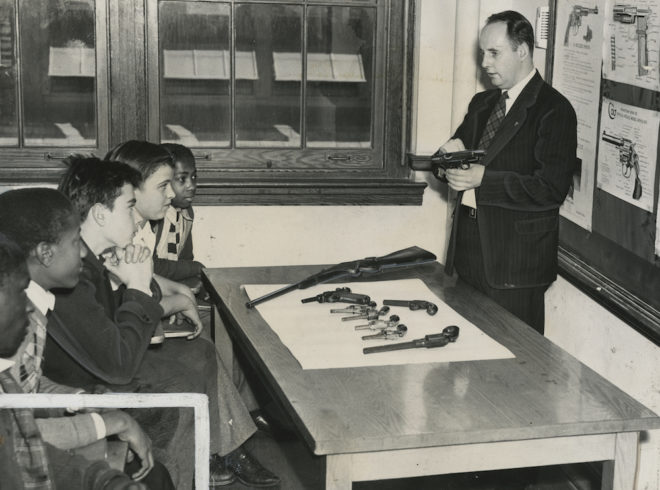 Charles A. Nelson Jr. teaches a Bok School class the principles of firearms, 1943. 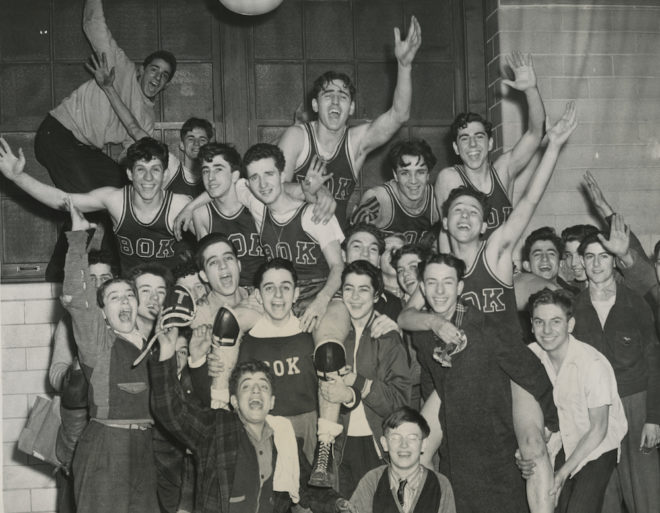 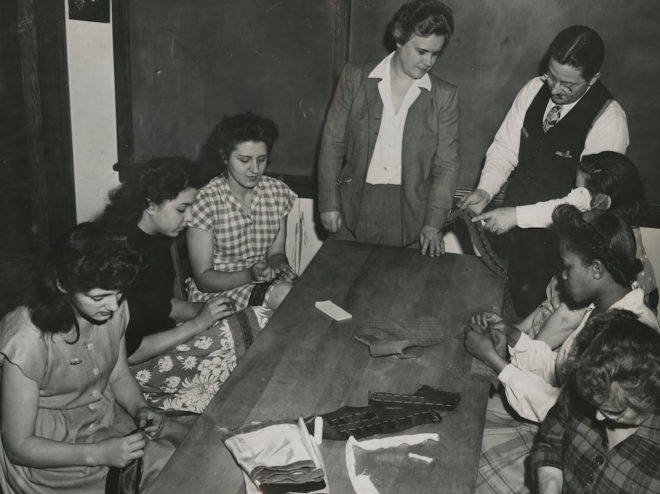 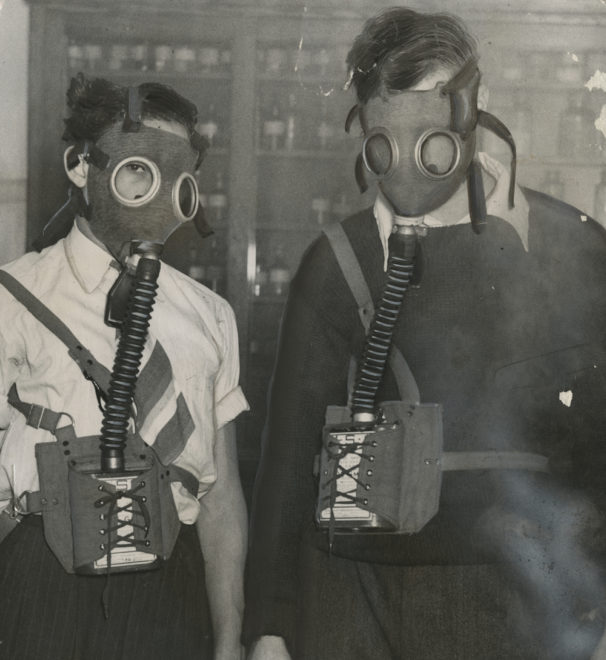